PUBLISHED IN whisky, beer, scotch, glenfiddich, seven stills
Ever headed home after a Whisky night and pulled out a cold lager or stout from the fridge, or ended the night with a strong Bourbon or Rye over a lot of craft Beers?

These are fabulous moments that you feel splendid about Beer and Whisky accompanying each other. But there's more to this famous relationship.

1. It all starts with the same ingredients

Yes you heard it right. Both drinks include all three of the same ingredients; water, barley and yeast. Of course other grains are used time to time. Hops, another ingredient for Beer, adds a bitterness and aroma.

In the first couple of days, during both Whisky and Beer production, identical things happen. First barley is wetted, laid for germination, kilned and then ground at the mills. Later, the ground malt, which is now called ‘grist’, mixes with hot water in mash tuns. It releases sugar and becomes what we call ‘wort’.

After this step in Whisky production, yeast is added to wort for fermentation, while in Beer production, hops are added first, and then the yeast.

2. Making Whisky with Beer is ‘possible’

In Whisky production, after fermentation - which is simply creating alcohol using yeast and sugar - distillation takes place, evaporating alcohol from the liquid in the still and condensing it. Since Whisky and Beer are almost identical until the end of the fermentation phase, it is very possible to produce Whisky from Beer.

Actually, a Californian craft distillery called Seven Stills has already done it (and Flaviaristas loved it). Imagine a chocolate oatmeal stout with peat smoked barley!! Your palate is probably wet with desire already.

3. Whisky & Beer make on of the simplest (but most impactful) cocktails

Have you heard about the Boilermaker Cocktail? There are a few ways to make it.

But they all start with the first step: pour a glass of Beer and a shot of Whisky. Then:


- Drink the Whisky and “chase” it by sipping the Beer.
- Drop the Whisky in the Beer glass, let it fuzz for a second and finish it without letting your lip leave the glass. This is also known as a “depth charge.”
- Mix the Whisky into the Beer and stir. Drink slowly.

Unlike any simple ale or lager, Whisky has to be matured in oak casks for years. Numerous breweries have also started to put their Beer to sleep in Whisky barrels. For example; Ola Dubh uses Highland Park woods, and the Belgian brewery De Dochter van de Korenaar, uses casks from Ardbeg Distillery to create peat notes in its Beer.

Likewise, giant firms like Pernod Ricard and William Grant & Sons, created Whiskies that are finished in ale casks. Glenfiddich just released Glenfiddich IPA Experimental Single Malt, which is a Whisky finished in IPA Beer casks. And of course there's Jameson, that created ‘Caskmates’ which has been finished in stout-seasoned Whiskey casks.

The blended Scotch Whisky brand Grant’s also introduced the Cask Edition Series, which started with the No.1 ale Cask Finish. This Whisky has been matured for four months in Edinburgh ale seasoned casks.

Even though the malt used by breweries in Scotland is not dried by peat, the Scotch Whisky distilleries use low nitrogen barley, dried by peat burning. The distinctive flavour of these smoked malts, when used in Beers, is reminiscent of Whisky.

Such Beers are popular in France, Belgium and America and are often named Whiskey Ale or Scotch Ale by the brewers. 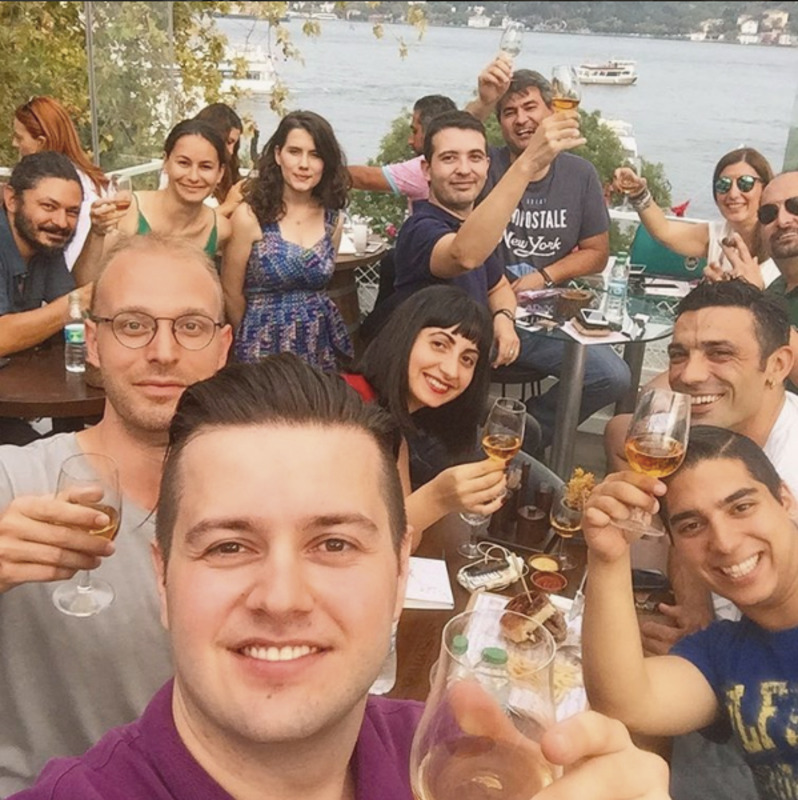 Whisky & Beer are two things Koray never gets tired of. Born in Turkey, he's in the centre of the country's Whisky & Beer scene - his blog and Spirits and Beer tasting events are what he's most known for. In pursuit of his passion for all things Whisky, Koray's recently moved to the US.

6 Best New Irish Whiskeys That Made Our List in 2017

This is the Man Behind the Jameson Flavor

Home Bars of Flaviar Stars: Whisky Runs in the Family