Craft Beer Drinkers Rejoice! Seven Stills Has Just the Whiskey for You. 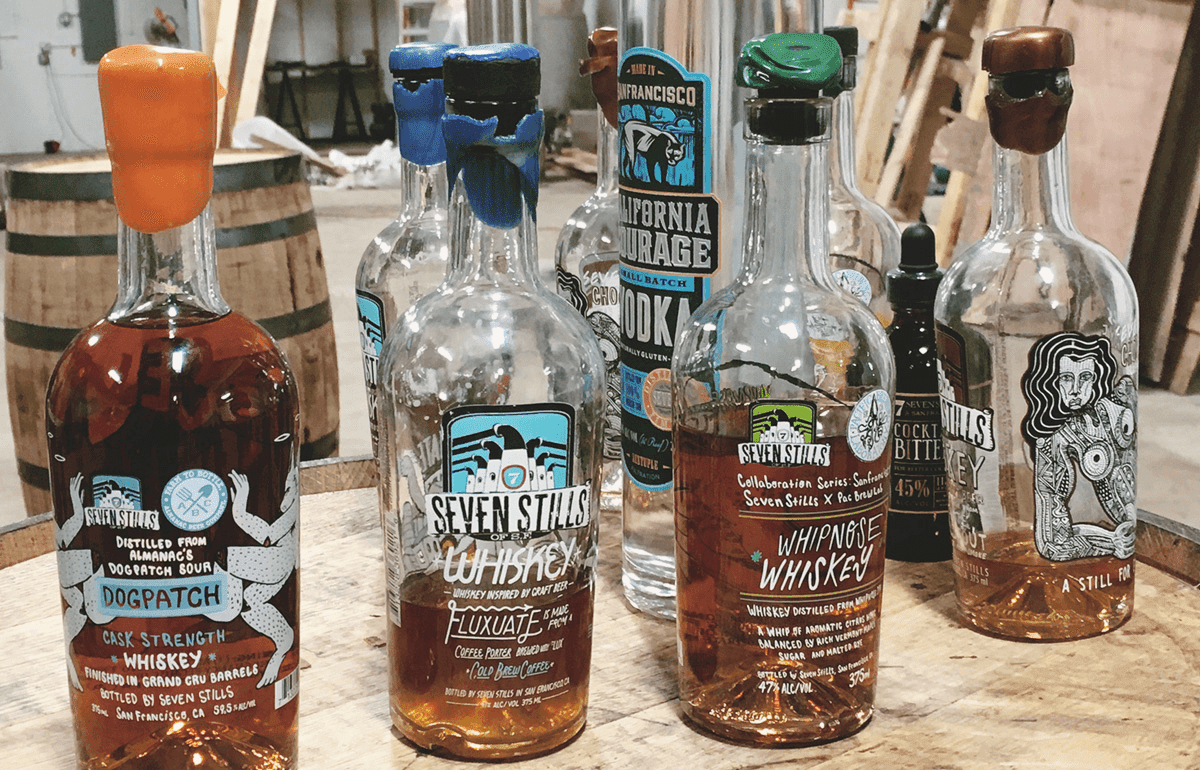 Tim Obert and Clint Potter of Seven Stills of San Francisco aren’t likely to fit your preconceived notions of typical Whiskey distillers.
Both are in their late 20s and some of the youngest distillers in the country, but what’s even more special is their approach to Whiskey from the Beer drinker’s perspective.

Tim’s drink of choice is Beer. After he had been home brewing for a while, he met up with Clint a few years after their first encounter in a college distilling class taught by Clint. It was soon after that, that they came up with the idea to distil some of Clint’s home brews. 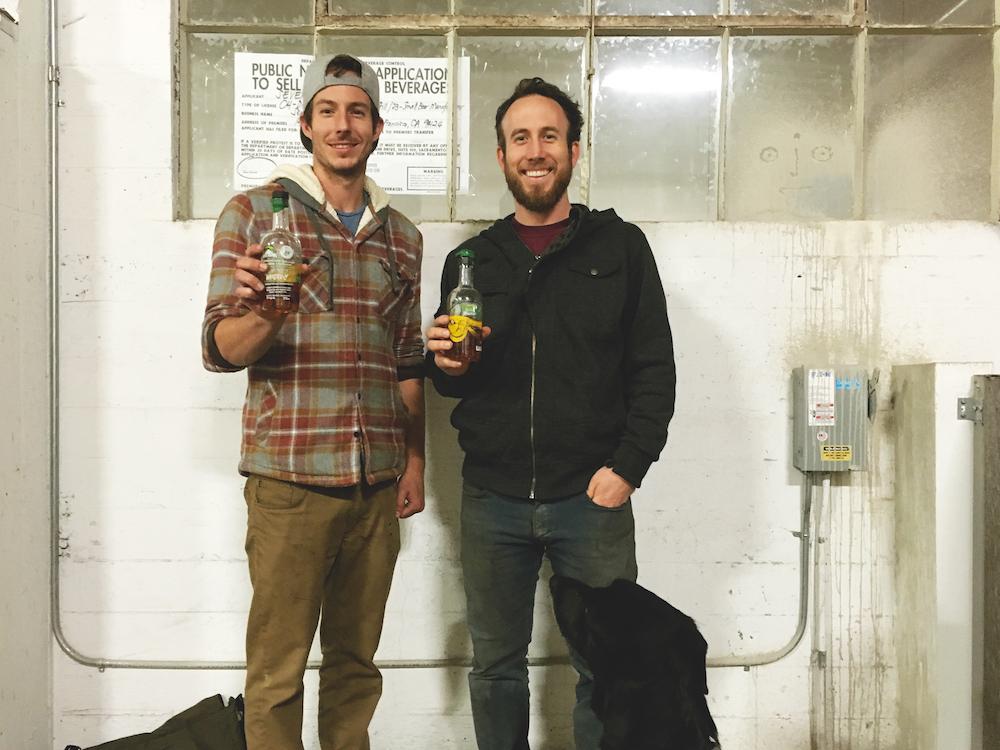 A few years later, they’re turning their Beer distilling efforts into a serious business. The Flaviar crew paid them a visit while they were smack dab in the middle of reconstructing an old warehouse in San Francisco, which will also double as a visitors centre and bar, into their very own production site.

True to how it all began, their plans revolve around distilling Beer and making their Whiskey the go-to spirit of choice for Beer drinkers.

1. What superpower would you want to have?
Tim: Obviously, I want everything to happen faster, so I’d love to make things go quicker. Have everything else stop, while we move forward.
Clint: This is lame, but super-senses for taste and smell.

2. How would you explain your Whiskey to the Dalai Lama?
Whipnose? It’s nirvana. Ultimate enlightenment. Like walking through a fresh hop field, or eating pancakes with maple syrup while walking through said field.

4. What’s your favourite music and what drink goes with it?
Tim: Kanye West with a Bud Light Lime (laughing).
Clint: Chopin with a pilsner, unfiltered.

5. What would you want to eat and drink for your last supper?
Tim: Beer and I’d probably have a filet with it.
Clint: I’d probably go with some cioppino and Barolo Chinato.

Why and how did you start distilling?

We first met during college, at a UC Santa Cruz dorm party. A few years later, we both ended up living in SF and started hanging out again.

I [Clint] got to teach Whiskey distilling to a student class at UC Berkeley. There were a lot of home brewers in the class and Tim was one of them. I explained that distilling Whisky is essentially distilling Beer. We were out one night at a bar, having Beer - whether or not it was craft Beer is debatable, though - when the idea for what is now Seven Stills of SF started to form.

Tim was like, why don’t we just distil some of my home brews? So we did that for a while, and we were getting really good results, liking all the flavours and noticing that there really wasn’t anything like it on the market.

What did you distil first and what else have you tried to distil besides Beer?

We started with Choca Smoke Whiskey. It’s distilled from Chocolate Stout and has a little bit of peat smoke malt, and a really cool, deep profile. We distilled probably 30 different types of Beer, but we thought this one was the perfect introduction for people, because of its unique flavour and due to the fact that it’s somewhat more traditional.

To come up with our first Whiskey, we test distilled probably 30 different types of Beer.

How did you come up with the Seven Stills name?

Seven Stills stands for the 7 different hills in San Francisco; we’re trying to do 7 Whiskeys for each of the 7 hills of San Francisco. 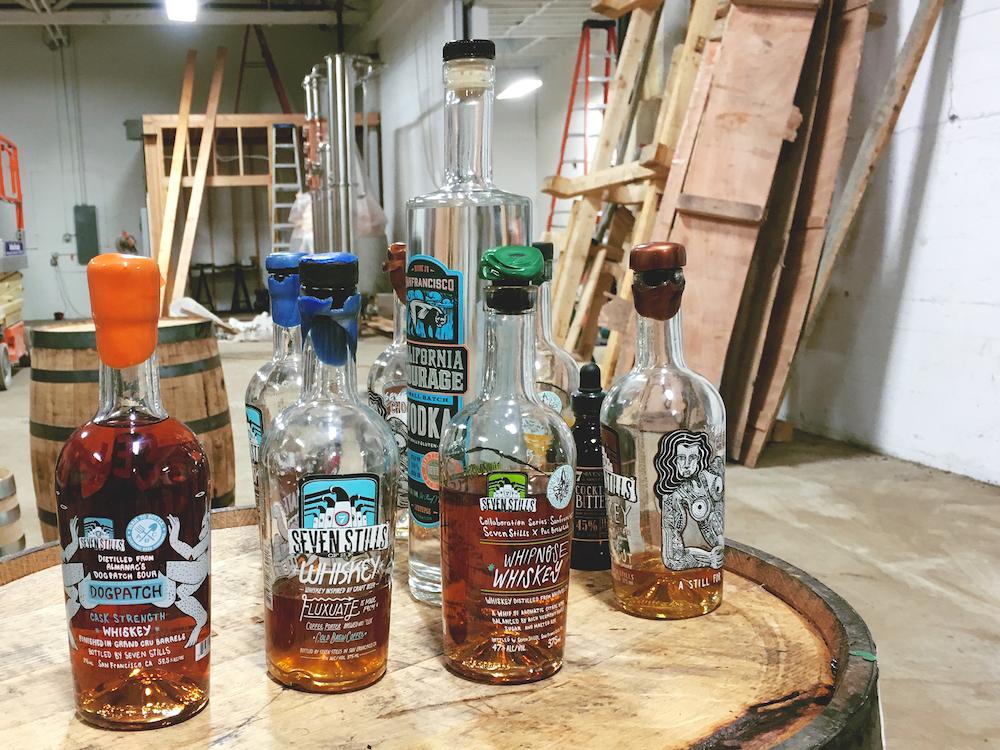 We’re currently in our second year and have been doing only one collaboration per year. With the new facility, we’ll probably be able to do so many more. There are a lot of breweries here in San Francisco that we want to work with.

We just realized how much Beer you actually have to make to get Whiskey out of it. We fermented 300 gallons of mash and it made like 30 gallons of Whiskey.

Your Whiskey bottles are half the size of the standard bottle. Is that another way of approaching Beer drinkers?

Originally, it was just because we were making so little of it. Our first batch in 2013 was only 398 bottles; it would only be half that number, if we were making full-size bottles.

So it wasn’t intentional. We just realized how much Beer you actually have to make to get Whiskey out of it. We fermented 300 gallons of mash and it made like 30 gallons of Whiskey.

Our first batch was only 6 of those small barrels. Only having 6 barrels, I remember having all these nightmares about how they’re going to spill.

In our efforts to connect to the craft Beer movement, we’ve been doing different collaborations – distilling local craft Beers - that come out every year. 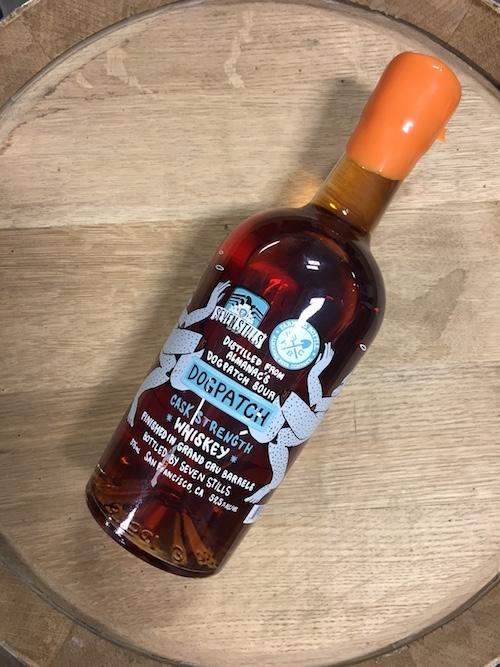 We also want to make it easy for people to try different Whiskeys and by having half-bottles, we can price them that much lower, so that people can buy them without making a huge investment.

How long do you age your Whiskeys?

Ageing depends on the type of spirit and the barrel used – from a year and a half in the big ones, to only a few months in the small barrels. The surface area of the wood is relatively large, and the mash picks it up extremely quickly, so anything over 4 months is actually too much.

The younger the Whiskey, the more grain profile you get. We’re trying to showcase Beer mash, and we feel that shorter ageing fits better. We also might be experimenting with different barrels in the future…

We use these barrels only once, and after that we sell them to home brewers. Then they bring us back their Beers, so it’s sort of a symbiosis. We’re also having a home brewer competition – they submit their barrel aged Beers and the winner gets a prize. We’re planning on opening this up to the public.

How are the Beer and spirits industries different?

It’s way harder to start a craft distillery than a craft brewery. (both laugh)

I think the consumer is definitely different. I think it’s the fact that people who drink distilled Spirits are generally older and more mature. And younger people are more into Beers. So we’re trying to go after the craft Beer drinkers.

The epitome of what we’re trying to do is introduce craft beer drinkers to craft spirits. We can start by trying to get them to cross over. They know so much about beer, and you can say this is the same thing, but distilled. And they know exactly what you’re talking about.

You’re in the middle of renovating a big warehouse space into your very own distillery. What’s it going to be like?

The space will include production with a brew house and a pot still, and a direct piping connection between the two [the new pot still was just being mounted during our visit]. It will also include an ageing warehouse, offices, a tap room with a 16ft bar, and a small retail section. 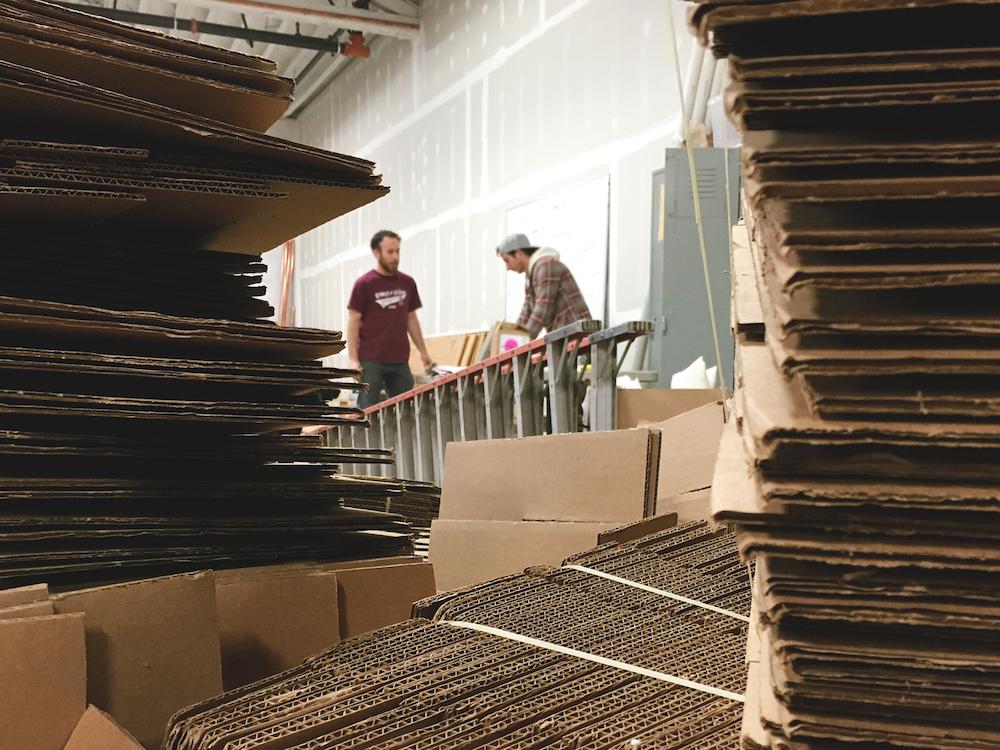 Our capacity will be 48 visitors, and they’ll be able to see how Beer and Whiskey are made while they’re here actually drinking it. It will also substantially increase our production capacity to 50,000 bottles of Whiskey a year. That’s eight times more than how much we’re making today.

We’re doing as many things as we can ourselves, as well – Tim even built our very own water sprinkler system.

At Flaviar, we’re currently offering your Whipnose Whiskey, because we believe it perfectly showcases what you’re trying to achieve and it’s something that most of our members haven’t tasted before. Tell us more about that.

Whipnose Whiskey is part of our craft brewers’ collaboration series that we do once or twice a year and it’s one of our favourites. This is the third release of Whipnose, and it’s a very limited edition this time around, too. The first two batches sold out really quickly, within the first two weeks. This time a big portion of the batch was destined for Flaviar. 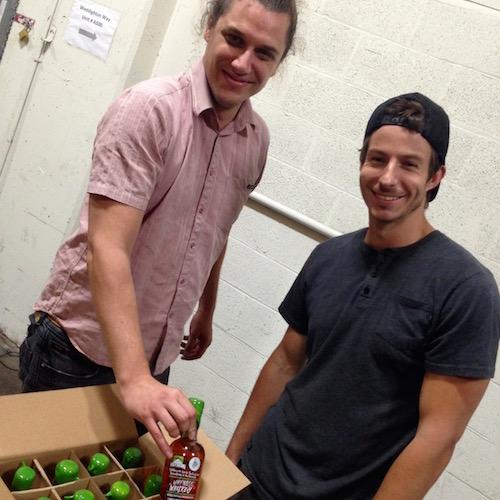 Whipnose is made from a double IPA. Every Beer drinker knows what a double IPA is, and when you tell people you’re making Whiskey out of a craft Beer, they expect you to make something out of an IPA.

You can definitely tell it’s made from Beer, and that’s why Whipnose is one of my favourite Whiskeys. It’s aged for about 6 months in small barrels, and is really the only Whiskey on the market like it.

As far as food pairings go, it usually goes well with saltier foods, like meats.

Whiskeys from Beer are not the only things you make, what are your other products?

Our first product on the market was Vodka. It’s made of corn, which makes it completely gluten-free. It’s 100% corn Vodka, distilled seven times.

We also do craft bitters with three different flavours. Tim was originally making these bitters for a cocktail bar in San Francisco that was using our Vodka in a cocktail. The cocktail was calling for cranberry bitters, and nobody was making those, so they asked if I could make it for them. And I was making it in these one-gallon jars, delivering them once a week.

What’s ahead for Seven Stills?

We’ll continue to do collaborations with local breweries and roll out a new one each year, as well as continuing to try to get as experimental as possible.

Ever hear that old adage about “Whiskey before Beer you’re in the clear; Beer before Whiskey is risky”? With Seven Stills making craft Beer into Whiskey, you get a two-in-one combo with one hell of a flavour. Uncle Flaviar approved!