How Scotch Whisky is Made #2: Malting

Published in:
By Greg
We spoke about barley in the last process piece, but what happens next? Helpfully that’s where Uncle Flaviar comes in to explain the malting process and why it is so important to the creation of that fine, fine Whisky we all love so much.

In the UK alone 1.5 million tonnes of malt are produced every year, using around one third of the UK’s barley production. Around 91% of this remains in the UK for use in distilling, brewing and food production.

To do this, malting must occur, which allows grains to partially germinate before drying them.

Starches are present in barley to provide sprouting seeds with nutrition as they grow. To give distillers access to the starch, barley must begin germination.

Steeping
This process is started through steeping, which is repeatedly submerging the seed in water with a temperature of 16°C. On the flip side of this, to keep grains from germinating at all, they must be kept below 15°c.
â â â â ï»¿
Once the grains have begun to sprout, observed by a small white dot, which is actually the root, beginning to emerge from the seed. This is when the barley is moved into the germination period of malting.

Germination
This is where the grain really begins to grow. This is done over a period of four to five days, with the grain being turned at least twice a day to allow the heat and carbon dioxide created during germination to dissipate.

In the past, malting floors have been large concrete floors on site that would require a lot of work to look after, with the grains needing to be spread out initially and the turned, all by hand.

These days, most distilleries outsource the malting to maltsers who use modern day mechanics to carry out these tasks.

Kilning
This stage stops germination from continuing and is when important flavours are created depending on how the seeds are dried. 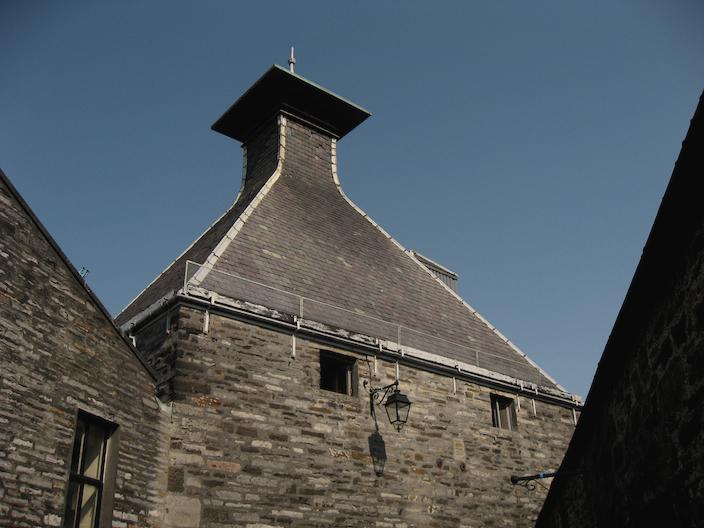 Fuel used to heat the kilns affects the final flavour, especially when that fuel is peat. On many of the islands tress and wood are not very available, and as such, peat is an obvious alternative.

These days peat is supplemented with the use of more modern fuels, such as oil and gas, but it is still used for the flavours it imparts.

There are several different ways to malt barley and some in the Whisky industry pride themselves on holding on to traditional methods of malting, including the continued use of floor maltings.

Floor maltings
These are large rooms where the grains are spread out and turned by hand, meaning they need to be looked after a lot closer. Due to the fact that they require a lot of labour, only seven floor maltings exist in Scotland today, with most of those still buying most of their malt from third parties due to the inefficiency of floor maltings. 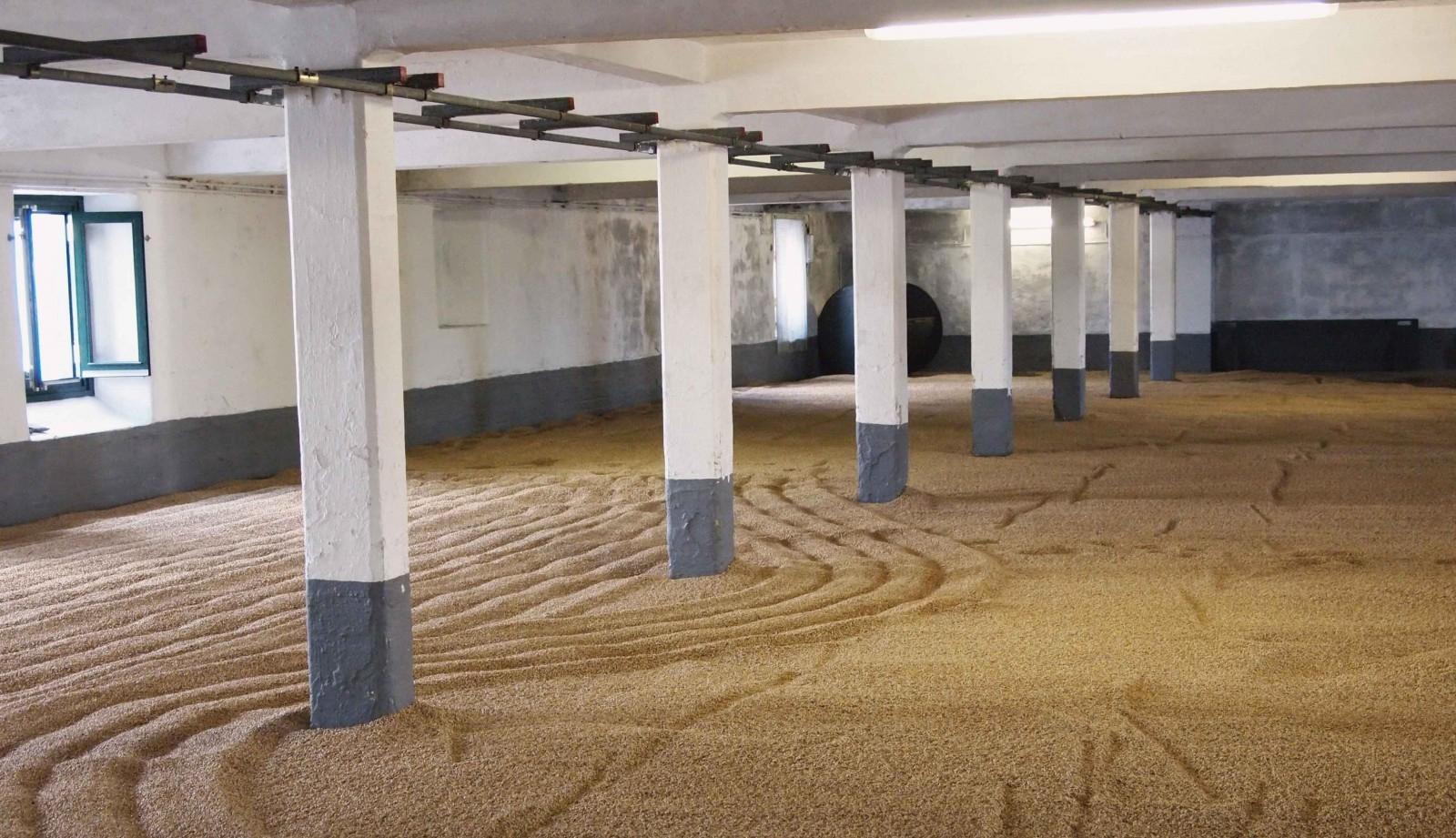 Drum Maltings
This is where an arm moves through the grains to separate the sprouts from tangling up with each other. At the same time a cool, humid air is blown across the grains to dissipate the heat that is generated during germination.

These drums usually hold around 50 tonnes of malt. The seven rotary drums at Port Ellen Maltings on the Isle of Islay are the biggest in the northern hemisphere and hold up to 50 tonnes of barley at its original weight. 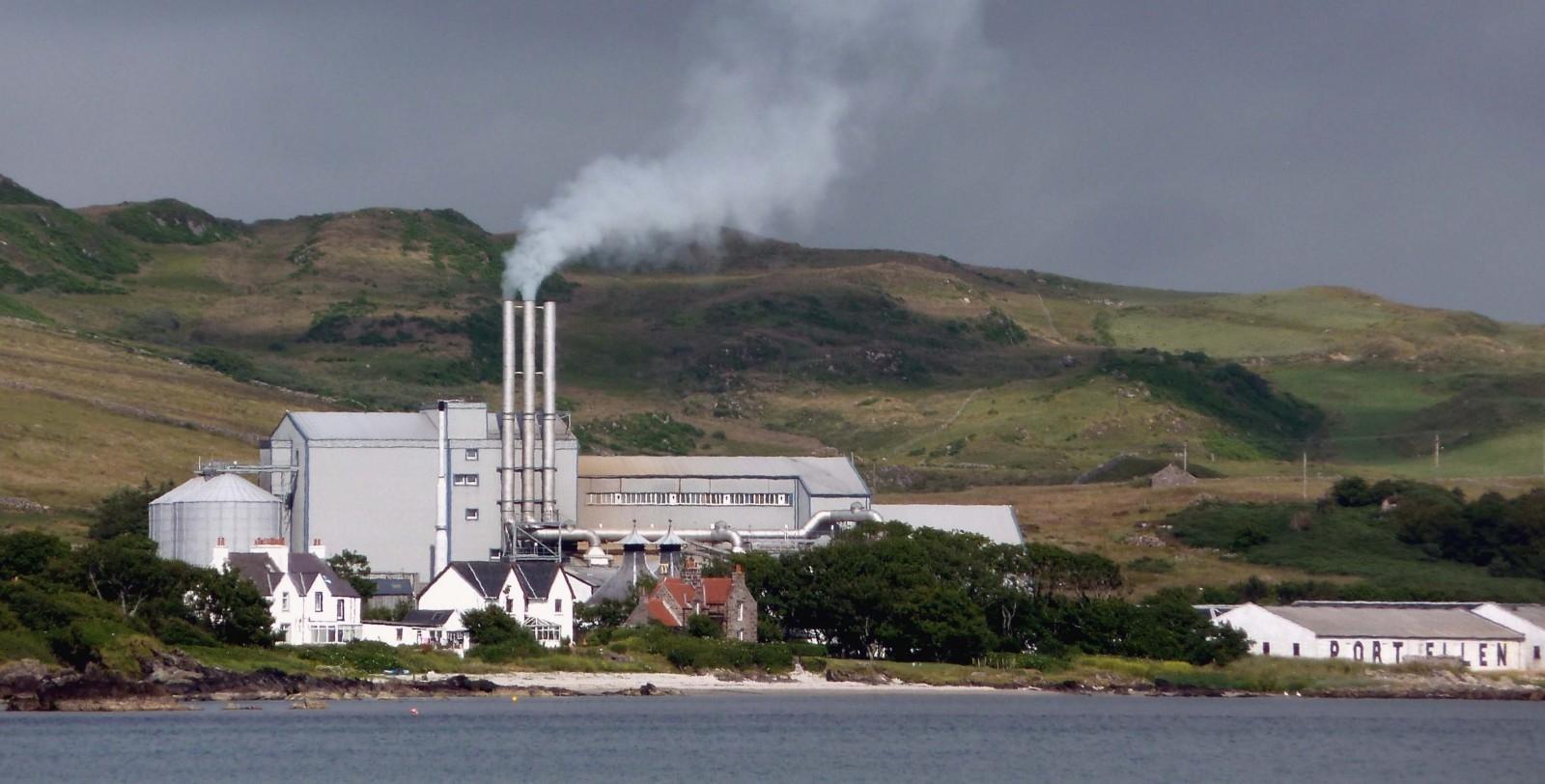