Why Is Whisky Aged in Oak Barrels? 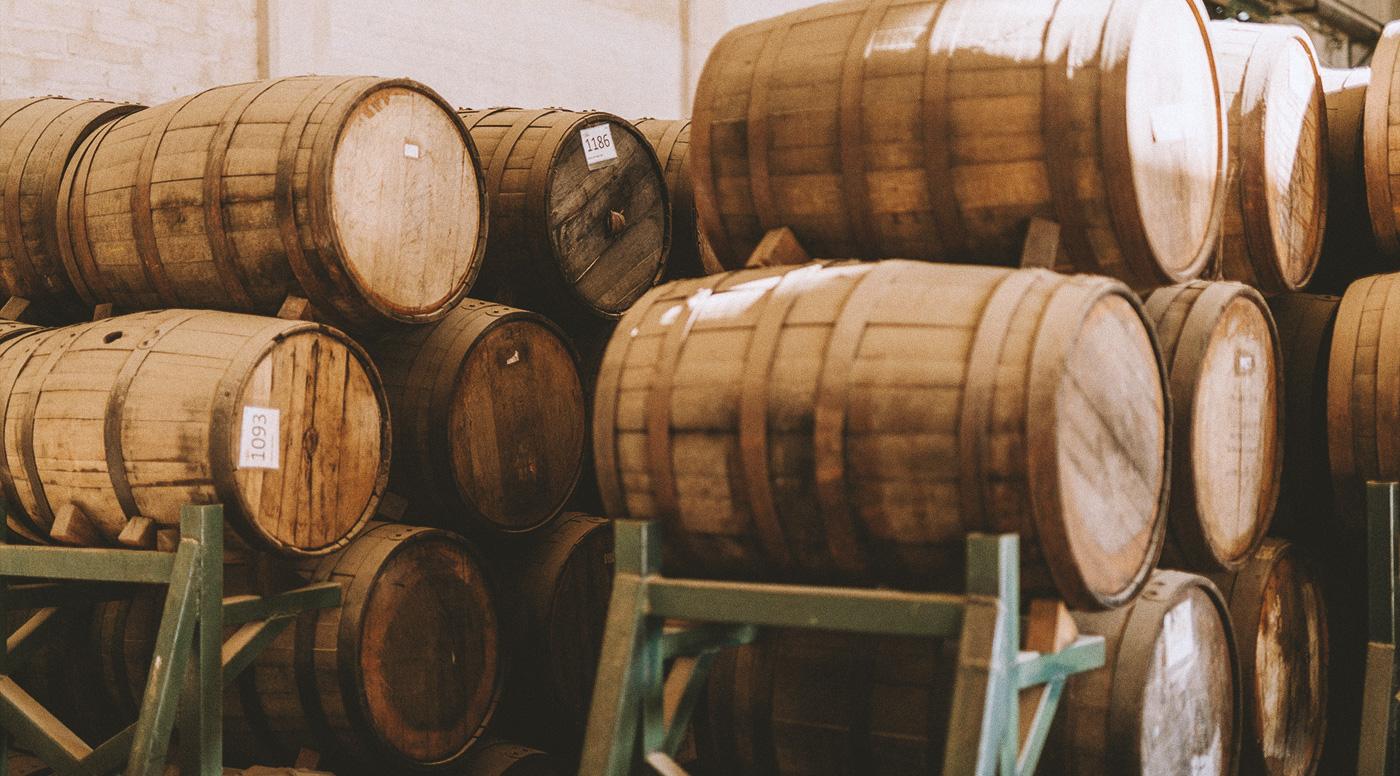 Every Whisky lover knows their favorite juice needs to spend some time in oak barrels to become the glorious amber potion we all adore. Virgin oak, ex-Bourbon barrels, oak casks that once held Sherry… But why?

Well, oak barrels are an essential part of Whisky-making for two reasons: you need to house the liquid somewhere, and if it inherits all the good flavors from the wood, all the better! You’ll learn all about oak barrel aging in this article, and the next time someone absently wonders what’s the whole hullabaloo around that, you’ll be able to “guess what” them.

Why is oak used for Whisky barrels?

Oak, or as the Romans called it, Quercus, is perfect for Whisky barrels because it’s sturdy and holds the liquid without leaking but also porous enough to allow the Whisky to absorb the flavors. You can, of course, build a barrel from other types of woods, but they’re not suitable for aging your favorite tipple. Pine is very accessible and cheap, but its characteristic resin would ruin the Spirit, and due to its cell structure, it would start leaking and degrading over time. Oak barrels, on the other hand, can last for up to sixty years, and the interaction the wood has with Whisky could only be described as sorcery: it removes undesirable aromas and adds lovely hints of vanilla, butter, and wood.

See, oak is full of naturally occurring oils we call vanillins (the same compound found in vanilla), and as the Spirit sits and matures in oak, it draws these oils and takes their flavors.

What type of oak is used for Whisky barrels?

The three main types of oak used in Whisky maturation are European oak (Quercus Robur), American oak (Quercus Alba), and Japanese oak (Quercus Mongolica). The most popular types of European oak are Spanish and French (more fruity notes), while American Oak is mainly used for Bourbon (more protective against greedy angels). The most popular and beloved variety of Mongolian oak is the exquisite Mizunara oak, which imparts a more delicate flavor to Japanese and Scotch Whiskies.

European oak (English and Scottish oak) was mainly used for maturing Whisky in Ireland and Scotland about 200 years ago, but the problem is that it grows at a snail’s pace, and because the tree tends to twist, the barrels are more prone to leaking. Solution? They switched to ex-Sherry casks made from Spanish oak.  It wasn't a cheap move, though: Sherry casks are ten times more expensive than Bourbon casks, but they do give a wonderful spiciness to the juice, with hints of candied peel, cinnamon, nutmeg, and caramel. Think The Macallan, The Glenrothes, Glengoyne or Benromach. Worth it, right?

The good ol’ American oak is used - you guessed it - to mature Bourbon, but interestingly enough, around 90% of Scotch and Irish distillers use it as well. By law, Bourbon barrels cannot be reused to mature more Bourbon, but they’re trendy when it comes to maturing Scotch. Bourbon barrels tend to be slightly charred, which gives the Spirit a smoky and sweeter twist. If you taste vanilla, honey, caramel, nuts, and spices, you can be pretty sure the Whisk(e)y you’re sipping on was matured in American oak barrels. Think Irish Whiskey, Kilchoman, Laphroaig, Ardbeg 10 Year Old, or Girvan single grain. Then, there’s the gorgeous Japanese oak, which was, of course, the first choice of Japanese distillers in the 1930s, after Yamazaki opened the country's first distillery and changed history. They soon realized Japanese oak is very soft and porous, which means more leakage, so Japan turned to sherried and ex-Bourbon barrels as well. The scarcer and more expensive Mizunara oak, however, turns any Whisky matured in it into an instant blockbuster. Mizunara needs to be at least two centuries old before they can turn the wood into barrels, which can go for more than $6,000 each! To get the perfect flavors, Whisky needs to be matured between 15 and 20 years in Mizunara, inheriting ritzy and complex notes of sandalwood, coconut, spice, and Japanese incense.

How to make oak barrels for Whisky?

Most distilleries don’t make their own barrels and trust barrel-building companies or cooperages to make them according to their specifications. (Exception: Loch Lomond) It’s not just the craftsmanship of making a barrel that holds water, or rather Whiskey, which makes them such an invaluable part of the Spirits production process. There are a few crucial factors that go into making a good barrel:

While applying heat to the oak wood, it releases flavors and aromas passed on to the Spirit inside the barrel. That’s called charring, and it’s why most barrels are burnt from the inside before the Spirit is put to rest.

There are different char levels, and it all depends on how long the barrel is exposed to the open flames: How to age Whisky in an oak Barrel?

When it comes to maturing Whisky, humidity and temperature are key. Another important element is time, as the flavors of the Whisky change drastically over different lengths of maturing. Older isn’t necessarily better, though, so experience, planning, and experimentation come into play to achieve the desired result.

To complicate things further, there’s cask finishing, where already-matured Whiskies are placed into another barrel that can add extra spectacular layers of flavors, impossible to conjure in a single barrel. Whiskies are finished in barrels that once held fortified wine, Sherry, Port, Madeira, Bordeaux, Sauternes - the sky seems to be the limit.

How to clean an oak Whisky Barrel?

There’s no need to clean the barrel between batches if it is used for the same Spirit type, and cleaning will, in fact, remove some of the char from the inside of the barrel and shorten its lifespan.

For the barrels that need to be cleaned, special cleaning tablets can be put in the barrel with warm water for about 24 hours and rinsed thoroughly about three times to clean it out. After that, warm water and neutralizing acid are added to the barrel for about 15 minutes to remove any leftover odors and residues before being rinsed extra three times.

And voila the barrel is ready to embrace some new Spirits.