Whisky and Wine are Coming Together

Published in:
By Calum
Red or white may not be the only options you should be thinking of when it comes to your wine choice for the evening meal. Scotch Whisky distilleries from Glenfiddich to Kilchoman have been releasing wine-finished Whiskies this year and we’re here to help you wrap your head around which new expressions deserve your attention.
First of all, let’s make it clear that using Wine casks is certainly not a new discovery for the Scotch industry. After all, casks that held fortified Wines such as Sherry, Port and Madeira were the original vessels used to store and transport Whisky, giving birth to the maturation process we take for granted today. Casks from unfortified Wines, however, like the bottle of red you had with dinner the other night, have generally been less popular when it comes to maturing Whisky.

So, what’s the difference?

To fortify or not to fortify

We’ll start with the simple one. An unfortified Wine is simply grape juice that has been allowed to react with yeast to create alcohol and stored in a fresh, quality oak cask. On the other hand, a fortified wine adds another step to this by adding a distilled spirit to the traditionally made Wine at some stage during the production process.

We’ll hold off on the chemistry but Port, for example, is a traditionally fermented Wine with Grape Spirit (aka Brandy) added to it before all the yeast has finished reacting with the grape juice. This leaves sugar in the drink from the grapes and a high level of sweetness is retained in Port’s flavor. Take notes because it will be worth remembering that sweetness point later on.

So why does Whisky tend to use fortified wine casks?

Like most things in Scotch, tradition has a big role to play here. The maturation process has been mastered over hundreds of years using fortified wine barrels and the industry has been built around the transaction of these barrels between fortified wine producers and Scotch distilleries.

Experts have suggested up to 60% of a Whisky’s taste profile will come from the wood so verging away from this traditional process will have a dramatic effect on the taste profiles of Scotch. 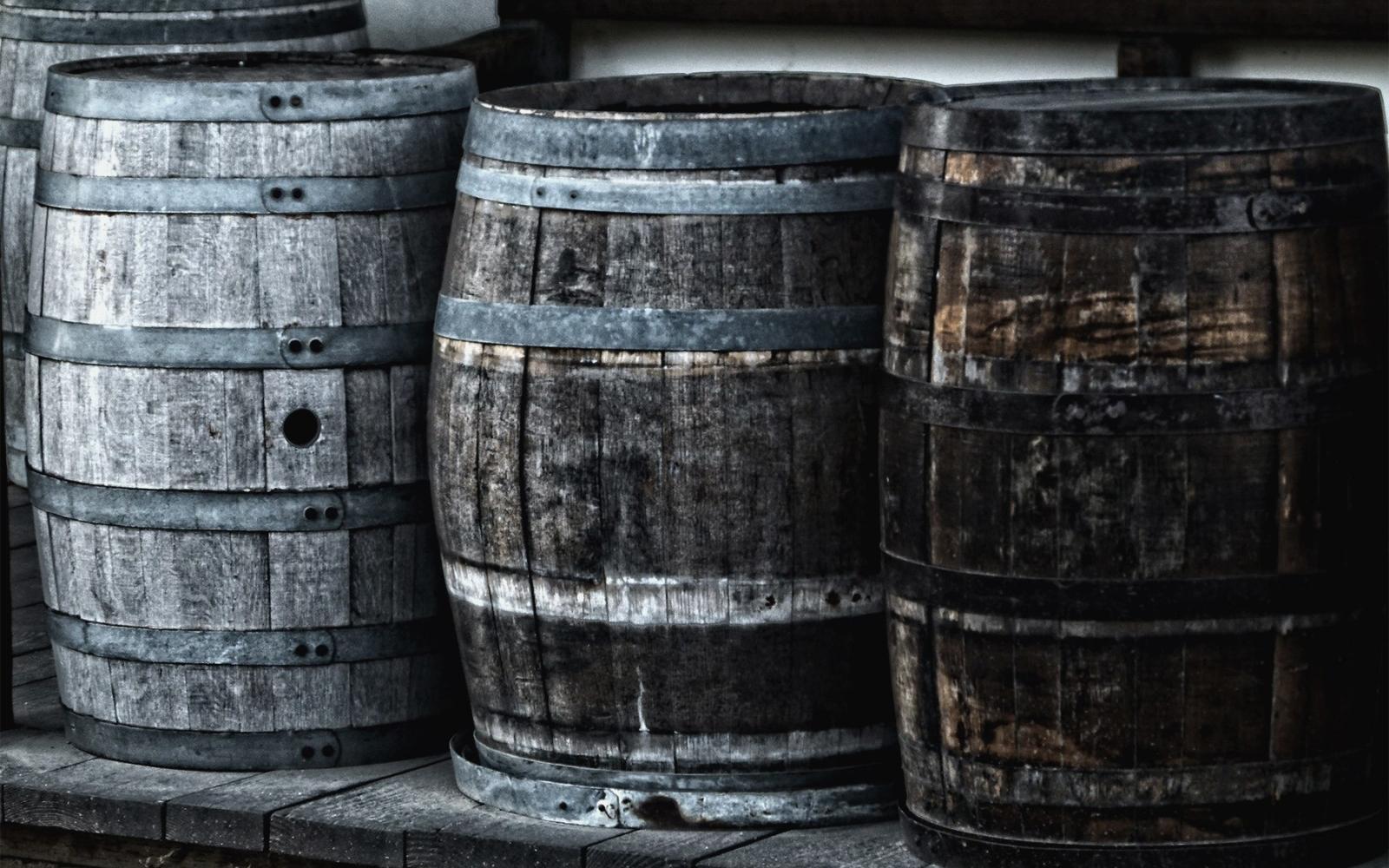 Furthermore, that sweetness point I mentioned earlier is a key reason why fortified Wine works so well. Because grape juice sugar has been left in the Wine, Whisky can take on these appealing sweet flavors and give us the Scotch tasting characteristics that we know and love like toffee, Christmas cake, and even chocolate.

Would unfortified Wine casks result in a big taste difference then?

By law casks are emptied and cleaned before re-use so you may think there’s not much of a difference if we go for unfortified or fortified Wine. It’s Wine right!?

In reality though, wooden oak casks will absorb up to 6 liters of the liquid they hold during maturation and so a Whisky going into a red wine cask vs a port cask will naturally come out tasting very different. Due to the way unfortified Wine is produced by letting yeast eat virtually all the sugary sweetness, Wine casks will generally have less attractive sweet chemicals to bring to the party during Whisky maturation.

When it comes to distilleries releasing Wine Cask maturations you will tend to see one thing they have in common- they are using casks from sweet wines, often dessert wines.

The Arran Sauternes Cask Finish, for example, uses the sweet Bordeaux wine to add notes of honey and orange to the Scotch that combine nicely with the vanilla and citrus notes of the Whisky.

So it’s only sweet wine that is being used?

Absolutely not. In the never-ending dunnage warehouses of many a Scotch distillery, you will undoubtedly be able to find a few cask experiments going on with all different types of Wine.

Take Kilchoman for example. Their new limited-edition malt has been matured exclusively in Red Wine Casks and has now gone on sale globally. This non-chill filtered expression gains added depth and body from the Wine Casks and signals a progressive move for the industry as no Bourbon or Fortified Wine Casks were used at all during maturation.

One more thing on the Wine trend…

Get ready for it to continue as well. The trend of experimenting with cask finishes shows no sign of ending in the industry as it attracts new drinkers to new types of Scotch. As global demand for fortified Wines such as Sherry and Port also continues to drop, their casks will become less accessible and master distillers will be looking for other options.

Keep your eye out for more Wine Cask Finished Scotch in 2018!
Read more about:
Published Nov 14th 2017
By Calum