Crash Course on the History of Scotch Whisky 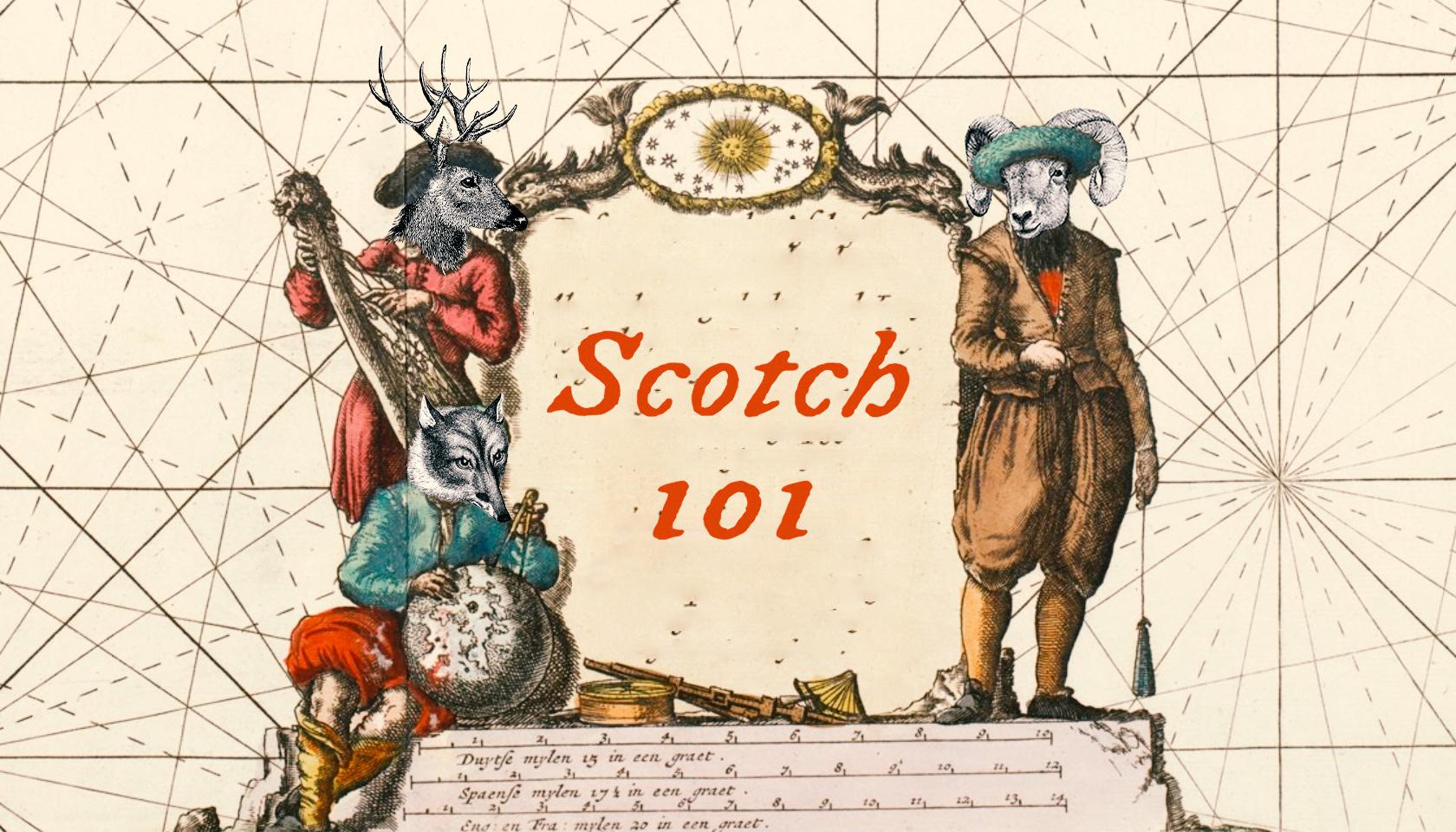 Timeless as it may be, Scotch had to start somewhere. These key moments in the journey of Scotch so far will make you appreciate the water of life even more.
Find the short version in the video below, or enjoy reading on and discovering the most interesting facts about the History of Scotch Whisky.

Well, the monks were doing it first! The art of distillation began in the ancient world with the Greeks and Persians practicing it for centuries. But Scotch, everyone’s favorite distilled product, finds its origins in 12th Century Christian monasteries.

Long before you discovered your preferred malts, the monks were doing it first.

When was Scotch first made?

Monks not only made Whisky for themselves, but also for profit. The earliest written record of distilling Whisky comes from as long ago as 1494, in the Exchequer Rolls, the medieval equivalent to tax records. There we find the phrase “Eight bolls of malt to Friar John Cor wherewith to make aqua vitae”. Aqua Vitae of course means water of life, or Uisge Beatha in Gaelic, where our modern-day “Whisky” comes from.

Friar John must have had quite a customer base since this was about enough to make 1500 bottles.

When did they start taxing Scotch Whisky?

While demand for Aqua Vitae was high and rising, the process of distillation itself was still pretty basic back then, as can be imagined. Over the next few hundred years, this was improved, and by the 16th and 17th centuries, Whisky production was booming.

This of course is when the taxman decided to step in and make a bit of money for himself.

In 1644 the first tax on the water of life was introduced and was around 13p for a third of a gallon. This was changed throughout the next century but began a long, continuous war between smugglers and the excise enforcers. For over 150 years bootleggers hid stills wherever they could, including inside hills and the Whisky industry continued to grow, despite the tax placed on it.

Protect your life and your license

It wasn’t until 1823 that the Excie Act allowed stills to be made legal by paying a licensing fee.

It was the Glenlivet’s George Smith who, in 1824 after prompting from the Duke of Gordon, took out the first license to run his distillery. This was much to the disgust of his Whisky distilling neighbors, many of who threatened violence and even to burn down Smith’s buildings. The reaction was so bad, the Duke of Gordon gave him two pistols to protect himself. These are now on show in the Glenlivet visitor center.

For decades after the industry continued to grow, with some of the big brands of today being founded. Then in 1898, it all came crashing down.

This was due to the Pattison brothers. Enterprising businessmen saw the value of Scotch and started a blending company in 1887.

The company boomed and increased rapidly. It was well known that the Pattison’s themselves, Robert and Walter, lived lavish lives and the luxury was extended into their business practices. They spent excessive amounts on advertising and went to the extremes of buying 500 grey parrots to give to vendors.

But it worked, and they soon became one of the biggest Whisky companies about, with shares in Glenfarclas, Oban, and Aultmore, amongst others.

The success could not last, since it was mostly built on borrowed money and fraudulent dealings, including the Pattison’s selling their stocks and buying them back at higher prices.

In December of 1898, the company declared bankruptcy and chaos ensued. Nine other companies and many smaller businesses were forced into closure.

The Pattisons themselves were later jailed for eight and eighteen months. Despite the massive setback, the industry pieced itself back together and continued on.

World War I Regulations of Scotch

The industry continued to move forward until the outbreak of war in 1914. This was obviously a threat to many businesses at the time, but alcohol especially came under attack when it was found to be a leading cause of absenteeism.

Then-Prime Minister David Lloyd George proposed a prohibition of alcohol but eventually settled for the creation of the Immature Spirits Act 1915. This was the first time the age of Scotch was regulated. Initially, it was to be matured for two years, but this was later increased to three, the same as it is today.

The 40% ABV regulation was also included in 1917. The Scotch we drink today would not be the same had it not been for these regulations.
When the war ended in 1918 Scotch production continued under these regulations. But the war had left lasting damage on the industry, and the number of working distilleries decreased from around 150 in 1900 to only 15 in 1932-33.

With the end of American Prohibition in 1933, Scotch began to slowly rebuild itself. Unfortunately, war struck again in 1939.

Due to advances in warfare and the more frequent use of planes, war itself had changed and the import of food was harshly restricted. This meant that the production of grain Whisky was completely forbidden.

This was later extended to all Whiskies in 1944 and when Winston Churchill went out of power in 1945, the new government declared that all barley should be used for food purposes only.

The end of war-time restrictions came in 1954, much to the delight of distilleries all over Scotland. Scotch was at last able to rebuild itself fully. And that is the Scotch we have and enjoy today.

Here’s to a bright future for the world’s favorite tipple!