Published in:
By Greg
Smoke plays a pretty big role in many Whiskies. It is a key characteristic and is included in the flavour profile of many distilleries and some regions.

We’re giving answers to all the questions you want to ask about smoke but were maybe a bit too embarrassed to ask!

This is the first hurdle to get over. Peat and smoke, while similar, are not the same and are not present together in all Whiskies.

If we’re really getting down to it, let's first define peat. Peat is a fossil fuel kind of like soil that is made up of decaying plants and animals have been compressed in wet, bog land areas. 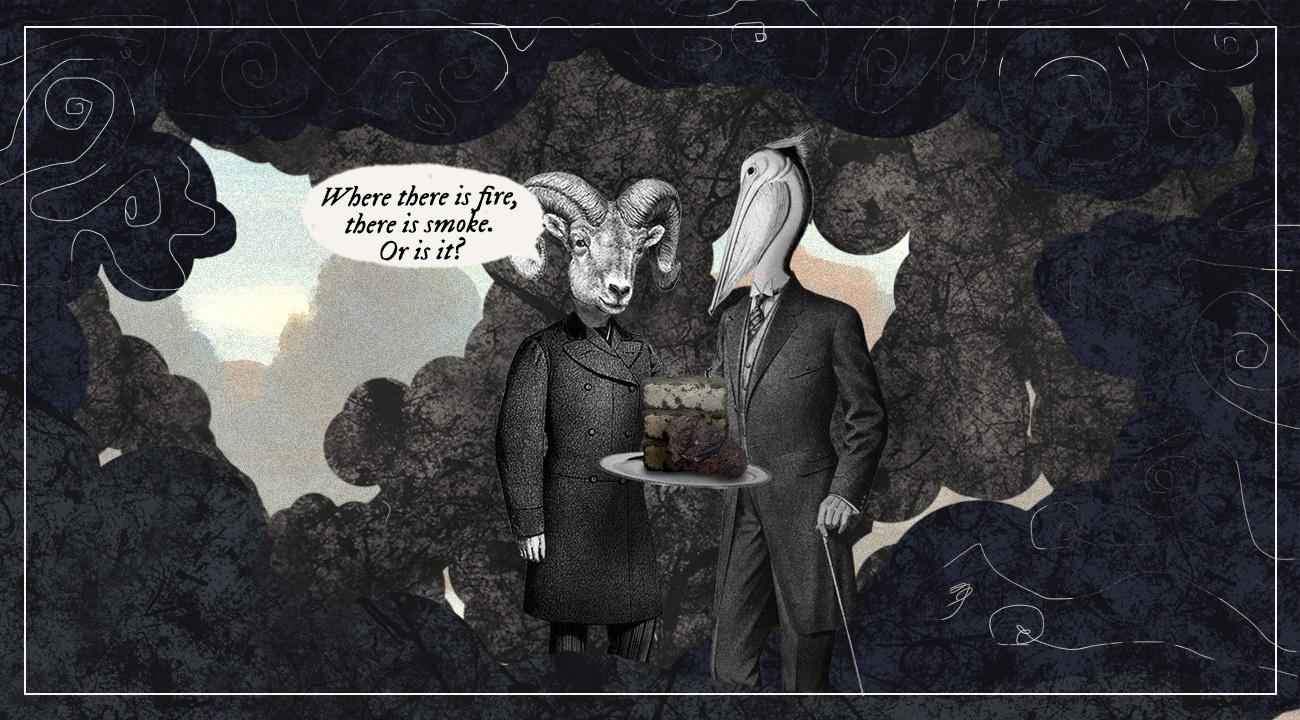 It burns fantastically well and as such is used to dry grains, hence why peat is present in some Whiskies alongside a smokiness that comes from the burning process.

Since it comes from the ground and is very soil like in nature, it imparts earthy, dew covered grassy tones.

Smoke on the other hand is exactly like the smoke you get from a bonfire. It is thick and ashy with a slightly drying quality.

Where Does the Smoke in Whisky Come From?

While peat is used to dry grains in certain distilleries and therefore imparts a peated smokiness to those drams, it is not used universally.

So how does the smoke get into the Whisky without the peat?
This is where the barrel comes in. Many Scotches are matured in Bourbon barrels, which usually have some degree of char on the inside. 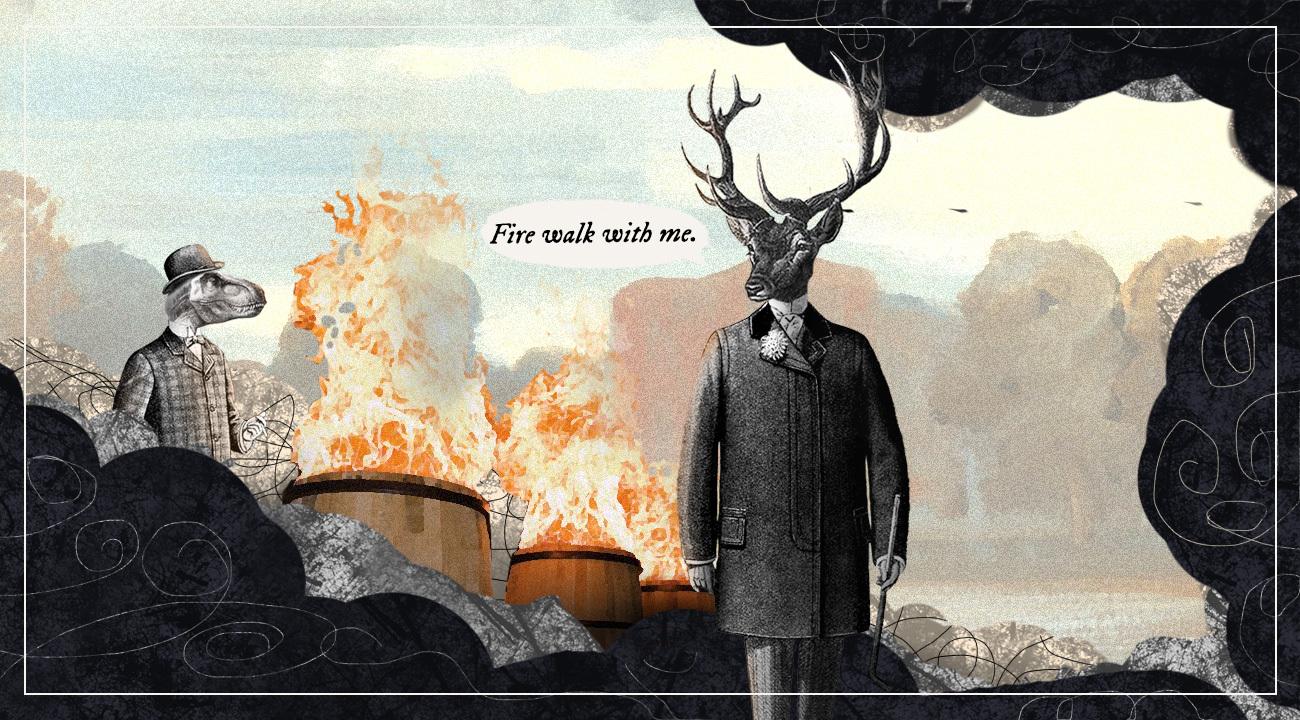 This is where the smoky, charcoaly flavor gets in without the peat, from the interaction with the Spirit and the wood.

Some Scotches are even matured in barrels that have previously held peated Whisky and some of the smoke can be soaked up this way. This usually results in a dram with a mild hint of smoke.

How is Smoke Measured?

Smoke is measured in Phenol Parts Per Million. This is a way of gauging just how smoky your dram is.

A phenol is a type of carbolic acid found in smoke tar and as such is present in peated and smoky Whiskies.

This is measured in Parts Per Million, or PPM, which is simply a way of counting the Phenols in the Whisky to be able to say how smoky it is.

Is all Scotch Smoky?

Simply put, no. While peat may have been used more often in the past to dry grains there are now more modern ways of doing the job that involve no peat whatsoever.

And of course not every malt is matured in a Bourbon cask, there are Sherry casks and wine casks as well, that impart no smokiness at all.

So no, not all Scotch is smoky.

What are the Smokiest Scotches?

Most of the distilleries on the mighty isle of Islay will have heavily peated expressions. Of these, a good Ardbeg, Laphroaig or Caol Ila will certainly tantilise your tastebuds with plenty of peat. 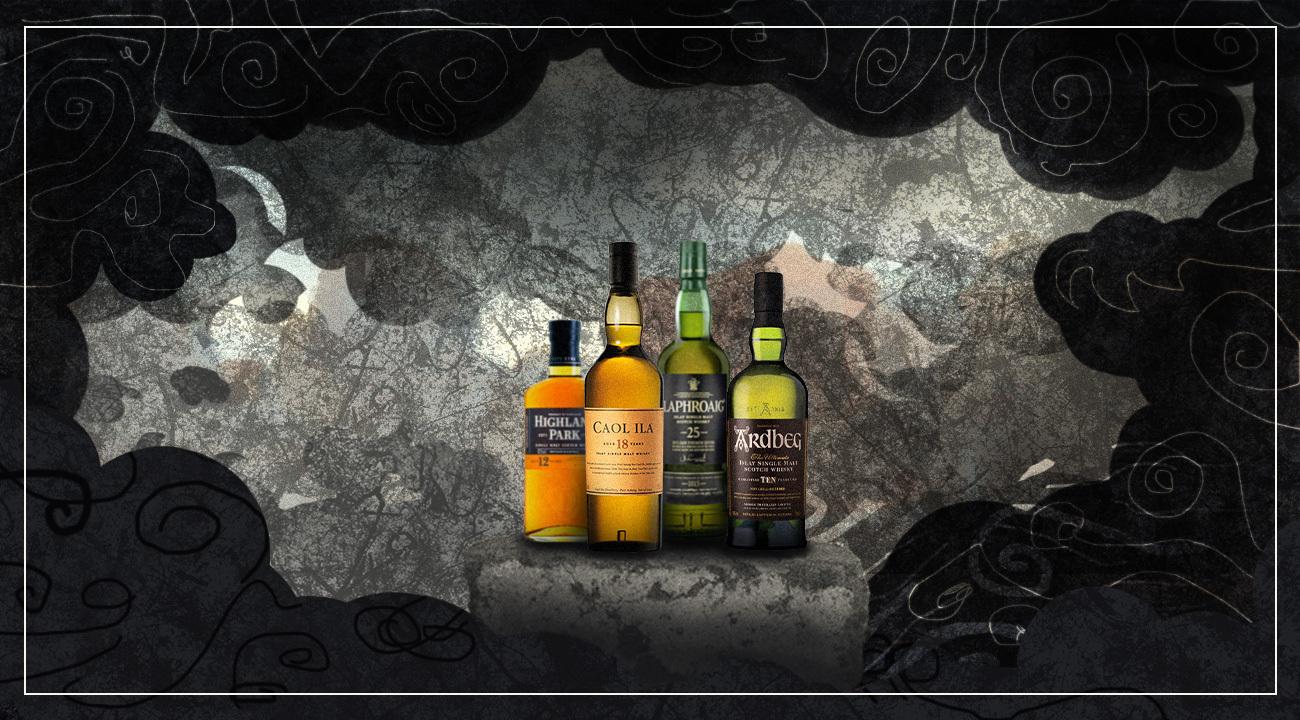 If you’re looking for something away from Islay, then look towards the north of Scotland, where we find Highland Park. This is one of the most remote distilleries and packs its drams full of peat.

But maybe you’re not a fan of Single Malts then Compass Box Peat Monster is the one for you! Everything is really in the name here. This is an intensely peated blend that will definitely introduce you to peat.

What are Some Mildly Peated Scotches?

Johnnie Walker Black is a good blend to start with. It is rich and deep, with lots of different flavours including a wonderfully wood smoke that is not overpowering in any way. 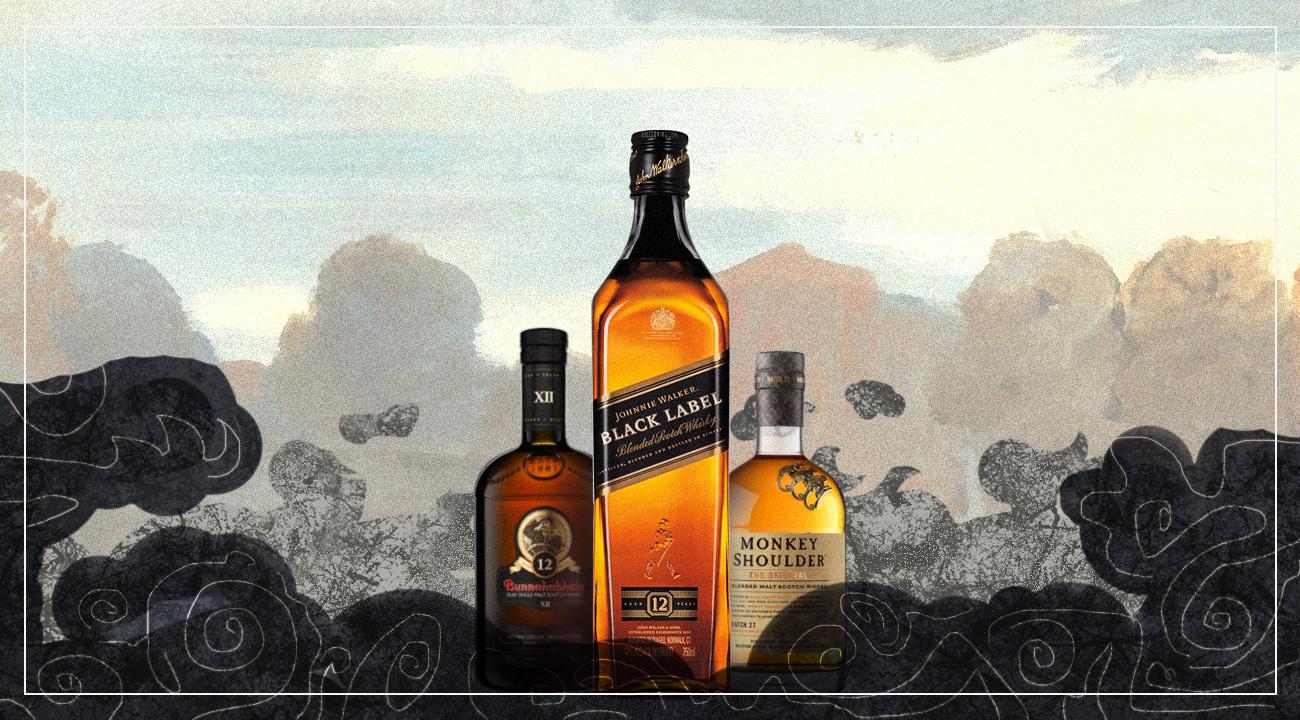 Another blend with a light smokiness is Monkey Shoulder. This is a fantastic blend that only has the slightest hints of smoke.

In terms of Single Malts, then the Bunnahabhain 12 Year Old is a coastal dram with a delicate hint of smoke and plenty of sweet sherry to complement this.

Are There Other Smoky Whiskies than Scotch?

There are plenty of international smoky Whiskies in existence.

For example, Suntory’s Hakushu Distillery often produces smoky malts. One of the most notable would be the Hakushu Distiller’s Reserve. This no age statement dram has a wonderful whiff of smoke throughout it that is slightly aromatic in flavor. 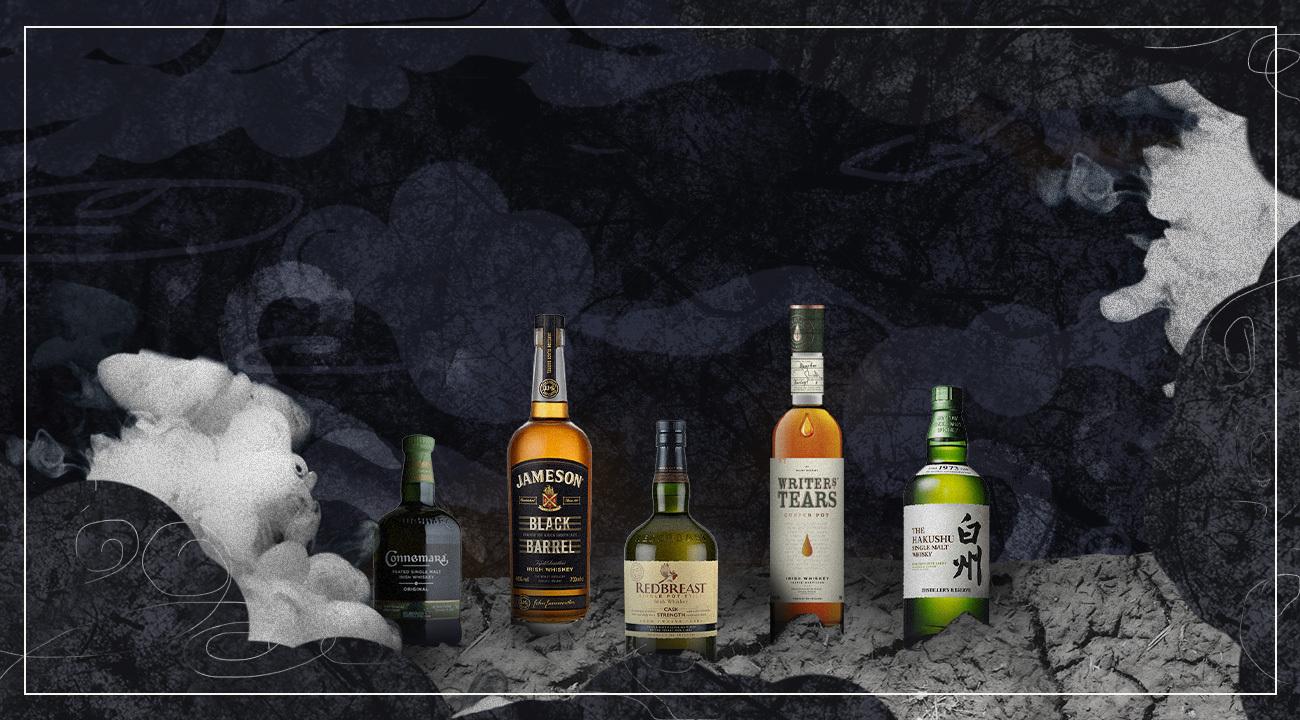 The Connemara is an exceptional dram and other Irish Whiskies should take heed from its peated success.
Read more about:
Published Apr 28th 2021
By Greg