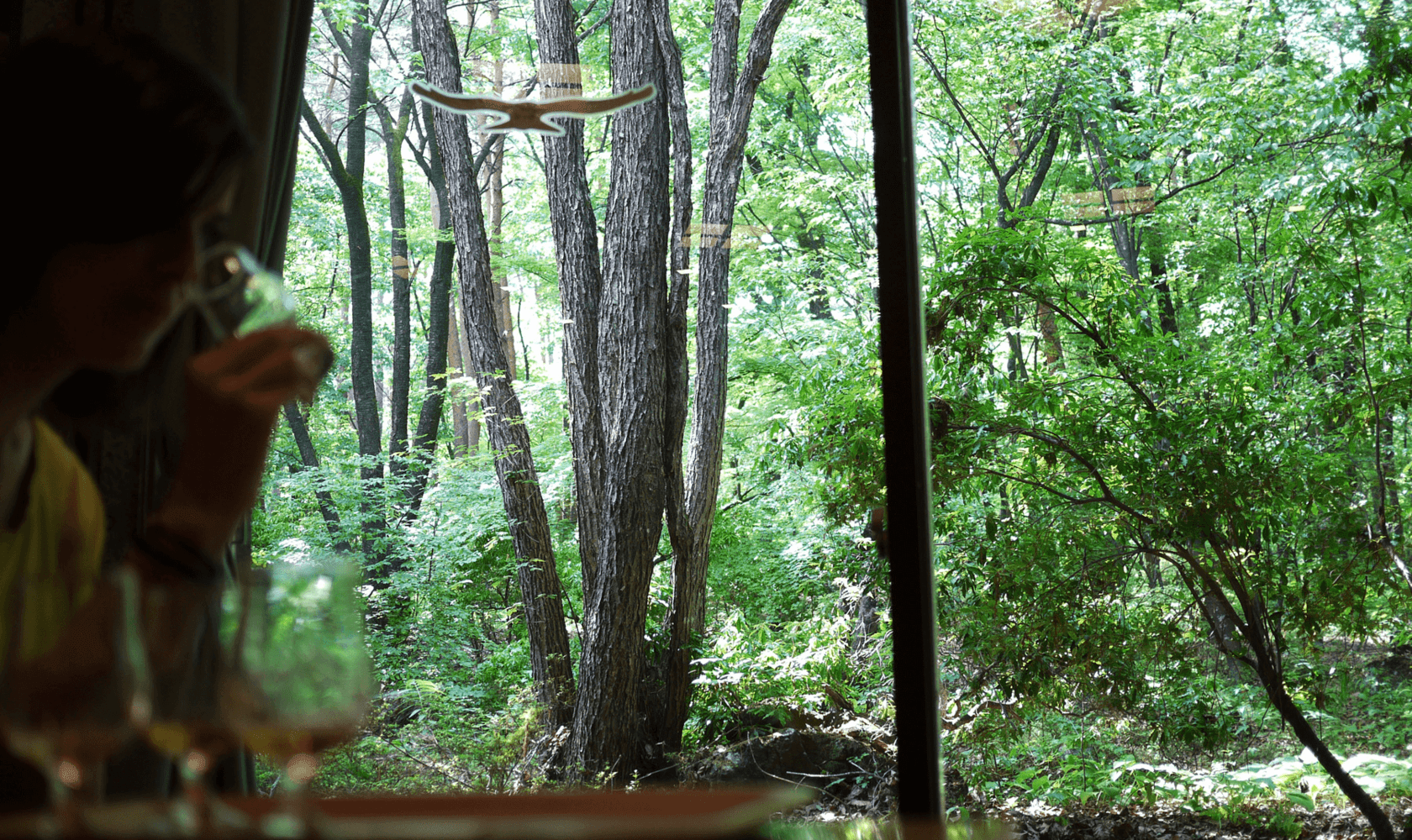 After 3-hour travel from Tokyo with three different trains, the cab that we took for the last few miles of the trip, finally drops us on the big parking lot at the entrance to Hakushu Distillery site.

The Power of a Soap Opera

In the recent years, Japanese Whisky has been peaking in popularity not only in the world but also in Japan. This is due to a few reasons. One of them, surprisingly, is a local soap opera called Massan about the beginnings of Japanese Whisky production that is reportedly watched by 1 out of 5 people in Japan.

The "Kardashian effect" that followed increased the domestic demand for Japanese Whisky as well as caused huge interest in distillery visits.

Yamazaki distillery tours that usually don&rsquo;t need to be booked more than a few days ahead, are currently full three months in advance. So we decided to pay a visit to Hakushu, the more remote of the two Suntory distilleries.

The Distillery in the Forest

Located in the South Japan Alps, Hakushu has an abundant supply of fresh water that&#39;s very soft thanks to the granite surface of the surroundings. 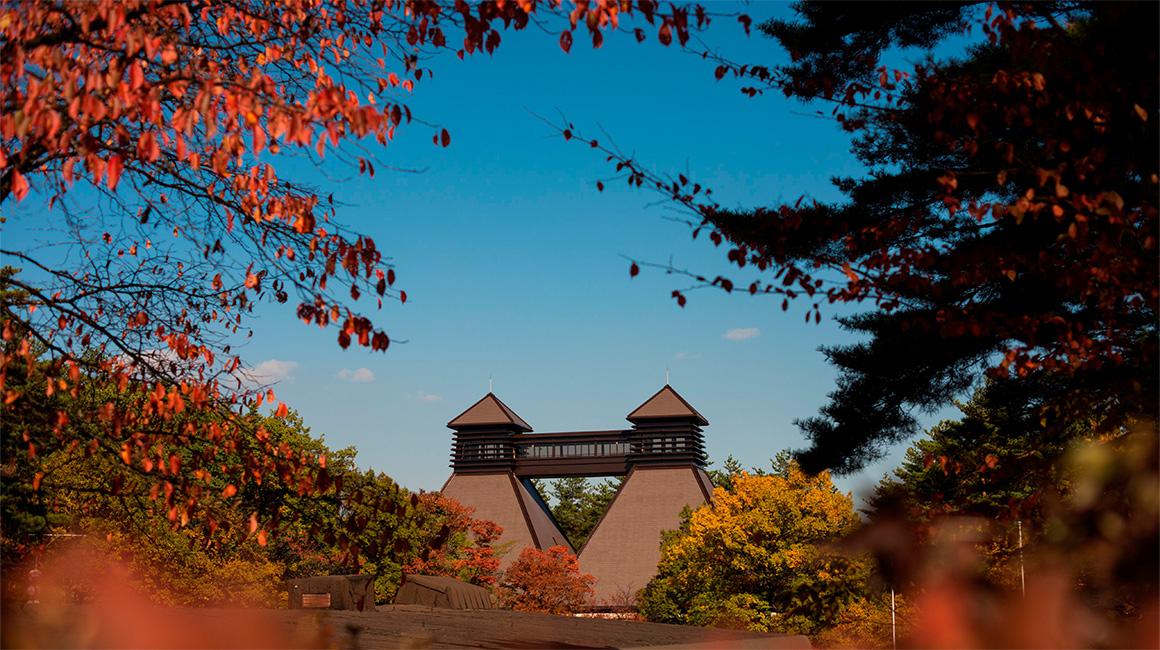 It's probably also the distillery with the highest elevation in the world (700 m / 2300 ft above sea level), but definitely higher than all distilleries in Scotland that aren't more than around 350 m above sea level.

Hakushu Distillery is located on a large site to protect its waters sources and the forest that surrounds it also doubles as a bird sanctuary. 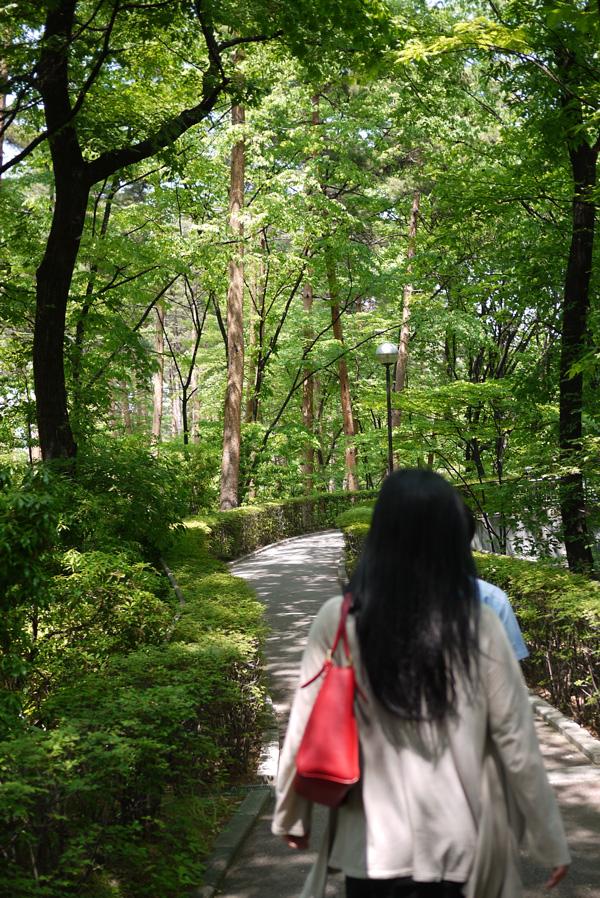 As soon as we exit the cab at the entrance to Hakushu distillery site, the signature Japanese hospitality steps in and we're directed to follow the walkway into the forest that will lead us to the guided tour's meeting point.

A few steps into the forest, the sweet smell of mash dominates the air - this is where the Whisky magic happens!

The Nose of Osaka 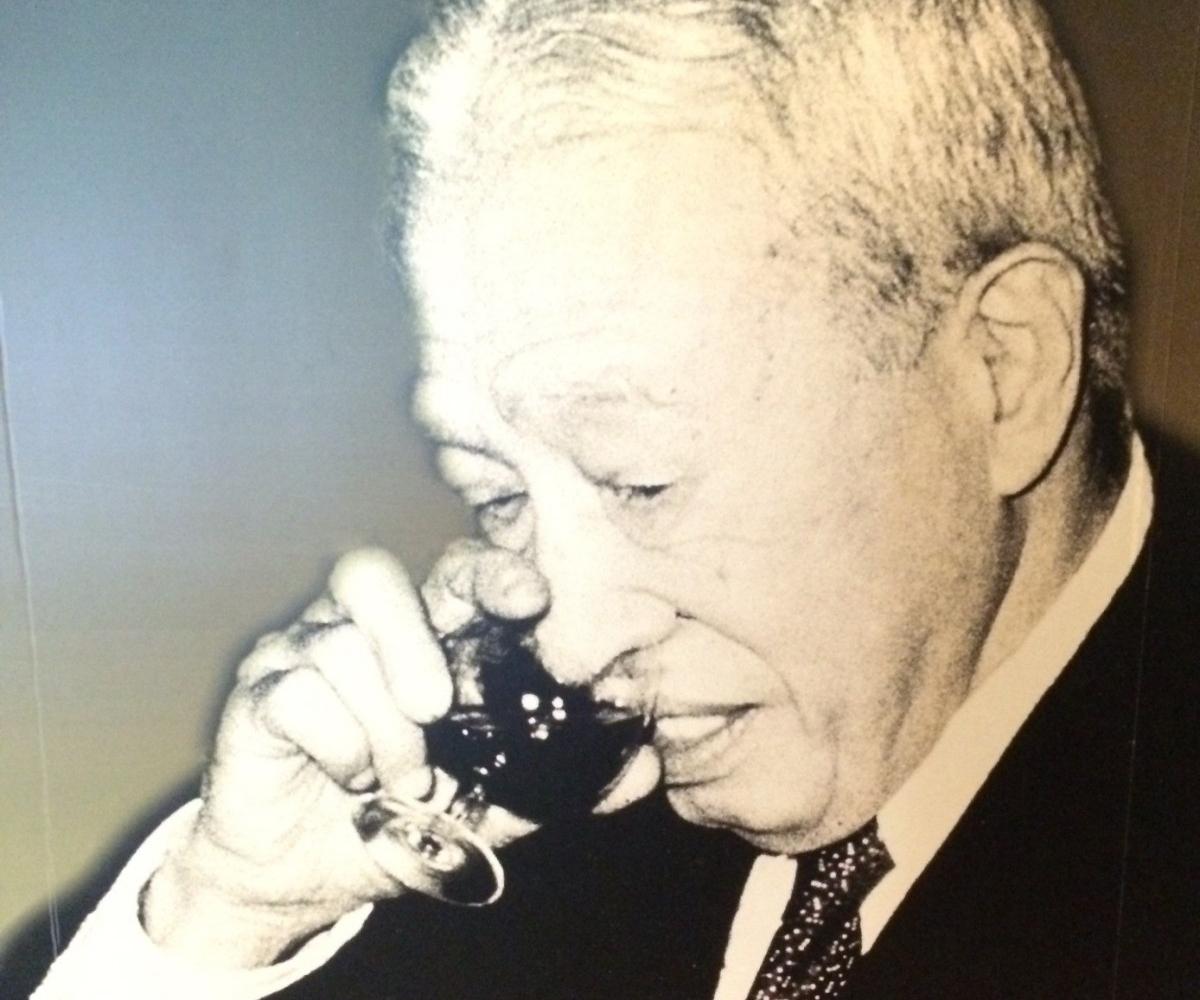 Started in 1973 as Suntory's second distillery (Yamazaki distillery was established in 1923), Hakushu produces Hakushu Single Malt Whisky as well as some of the Whiskies that are used in blending Hibiki expressions.
Shinjiro Torii, the founder of Suntory and its first Master Blender, possessed extraordinary sense of smell, invaluable to blending Whiskies. In proportion to his frame he had a large nose with a prominent, rather broad bridge and wider-than-average nostrils. He was dubbed "The Nose of Osaka".

Hakushu is herbal and gently smoky Single Malt. The flavour profile of each batch of the new make spirit is influenced by the water, wooden washbacks used for fermentation, choice of the yeast and the type of still used. 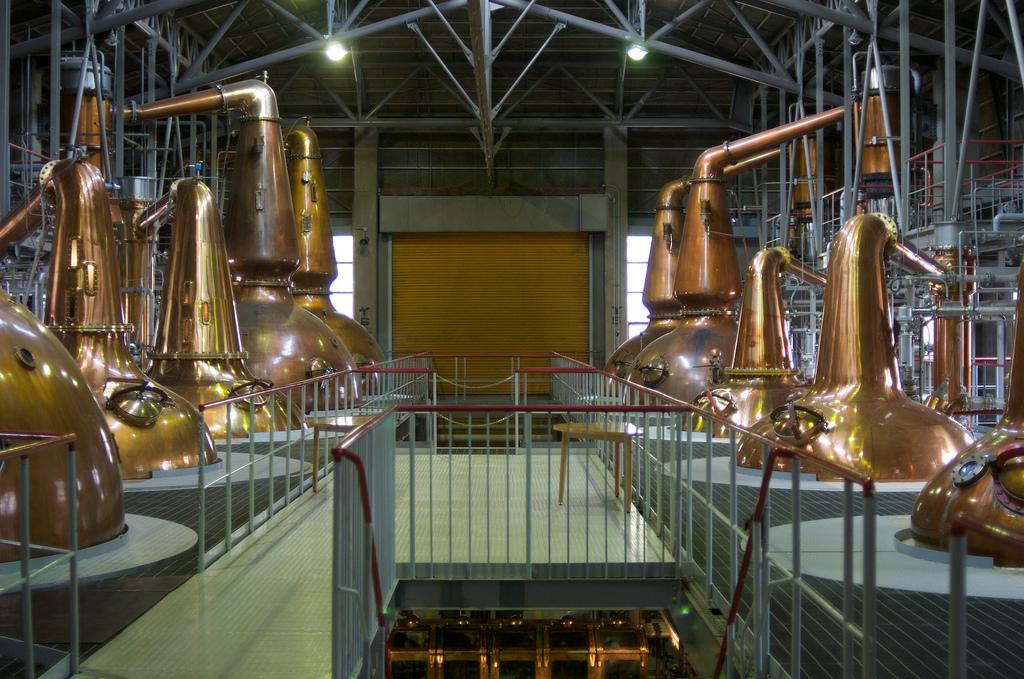 At Hakushu, they have a few different types of pot stills and double distill their Whisky. In combination with other factors that influence the final result, they are able to make a broad range of different Whiskies.

Before we enter the barrel house, we are advised to exit and wait outside should the smell make anyone feel bad. 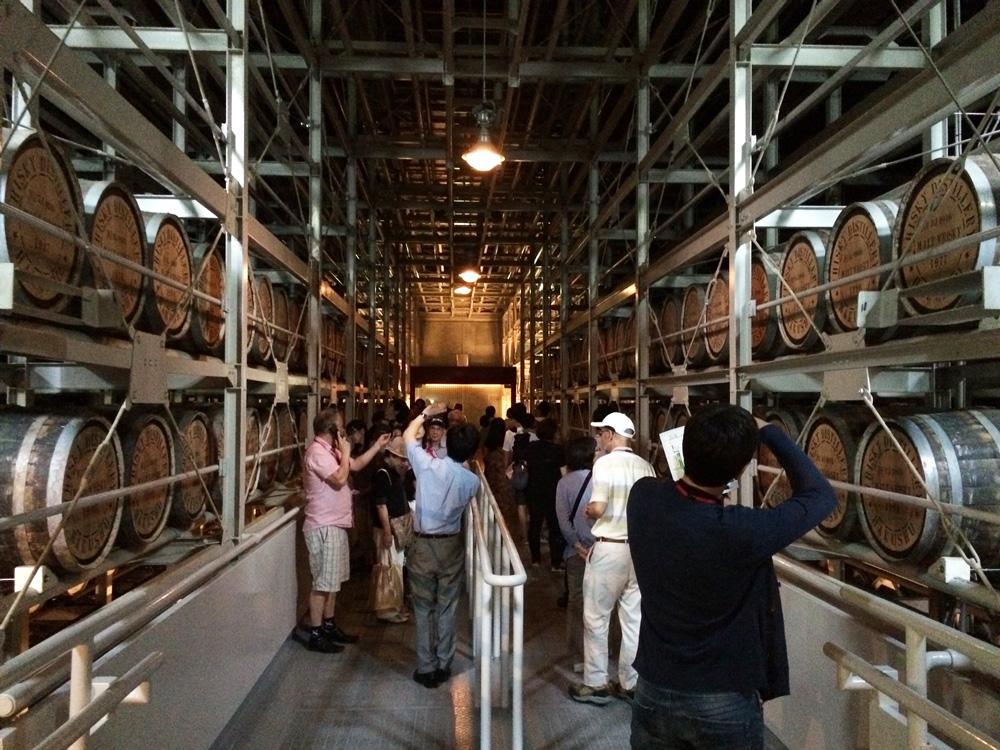 The air in the state-of-the-art aging warehouse truly is filled with angels' share, we realize while listening to the explanation on maturing process at Hakushu and counting rows and rows of casks, stacked below and above us, about dozen levels in total.

Last stop of the Hakushu Distillery tour is the tasting room. With big windows looking into the forest - once again a reminder about the Hakushu's exceptional location. 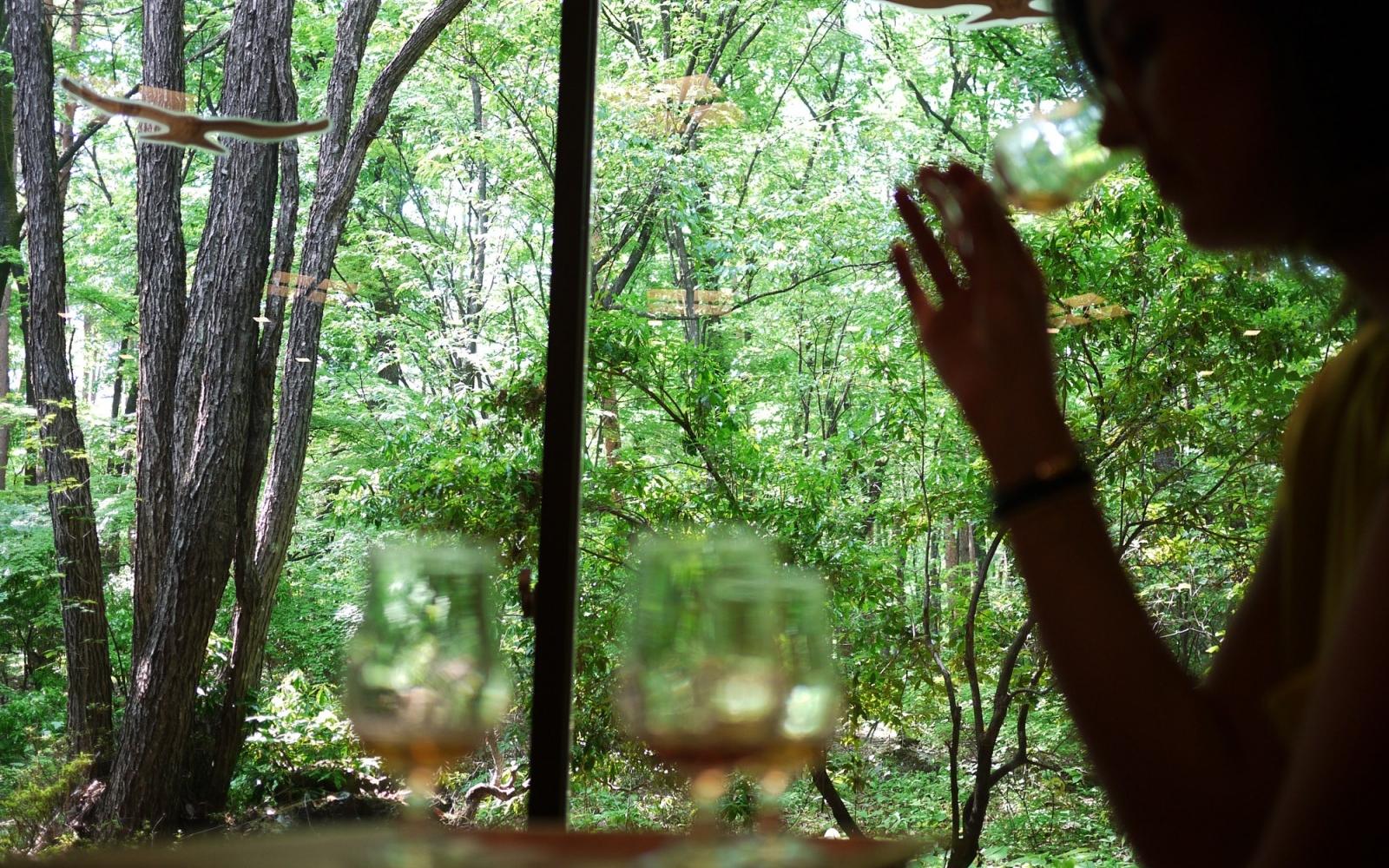 We are offered Whisky served the preferred Japanese way: with the addition of ice and natural mineral water. 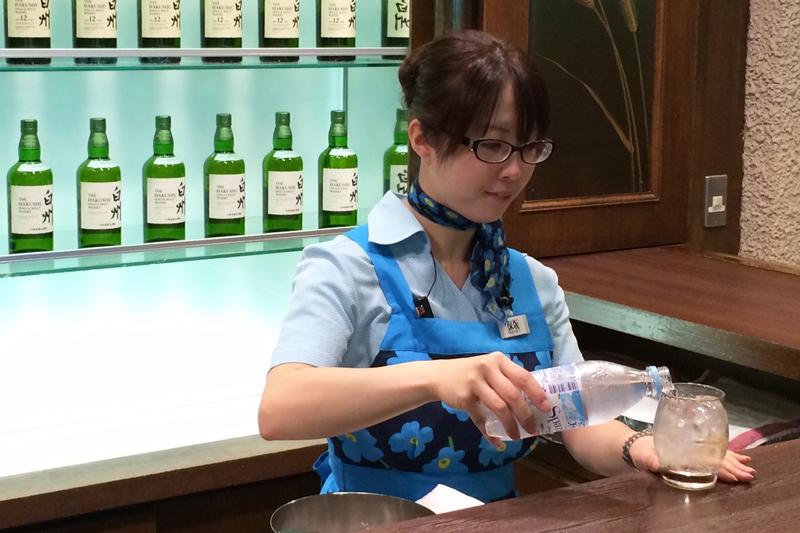 This didn' come as a surprise; visiting some of the best Whisky bars in Japan it was obvious that straight and on the rocks are the less common ways to drink Whisky around here.

They prefer it with a significant addition of water or soda instead:
Morikaoru Highball: Whisky and soda 1:3, ice, crushed mint
With natural mineral water: Whisky and water 1:2, ice
Twice up: Whisky and mineral water 1:1
Half rock: twice up with a large chunk of ice
We still opted to taste a few more Whiskies neat and got ourselves a lovely Whisky line-up to wrap up the visit with: Hakushu 18YO, Hibiki 21YO, Yamazaki 18YO, and Yamazaki 25YO. Kanpai! 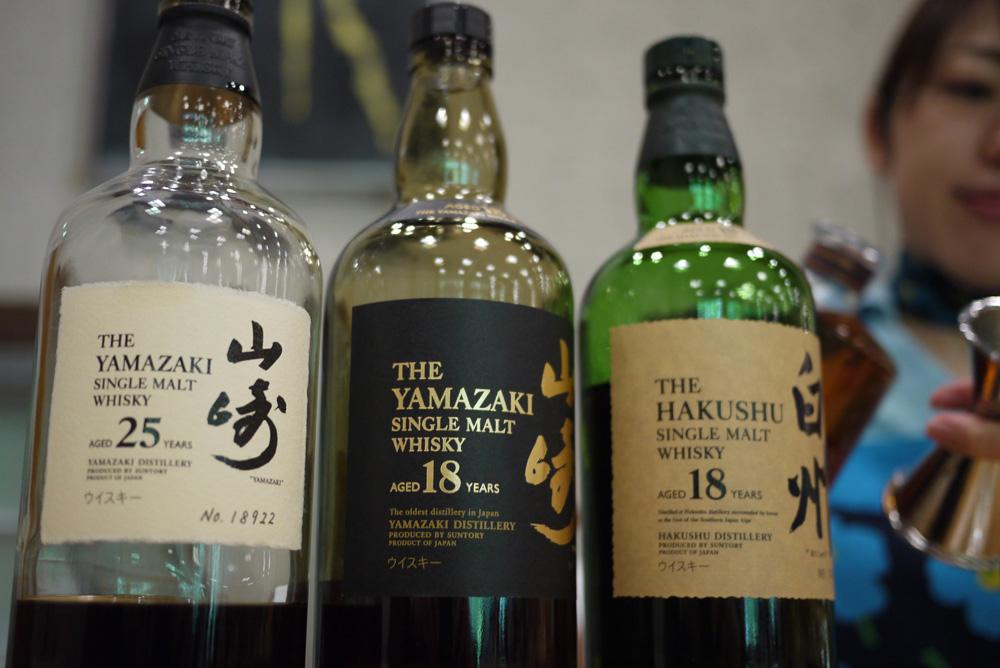 A quick visit to the gift shop and a plate of soba noodles later, we're on a train once again, watching the greenery of the Japanese forests pass by.