The Secret is in the Barrel 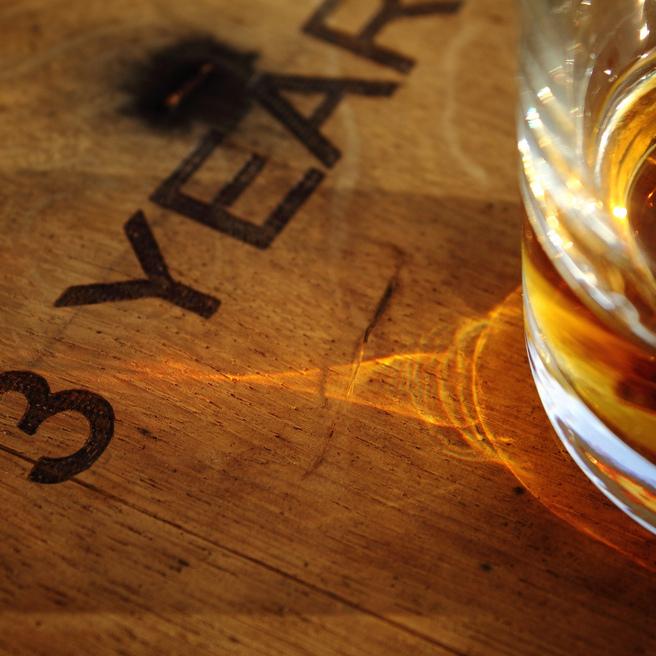 The majority of Whisky's flavor profile is influenced by the barrel it was aged in. But why?

Most barrels are set on fire inside for anywhere from 15 seconds to a few minutes. The resulting interior char contributes additional color and toasty notes, and works like a charcoal filter, drawing impurities out of the spirit.

It browns the wood's sugars, producing a caramelized flavor, and helps release vanillin from lignin (a cellulose-binding compound found in wood).

The smaller the barrel, the more spirit is exposed to wood; the Whisky takes on characteristics of the wood more quickly. In a larger barrel, Whisky ages more slowly and, some argue, more completely, thereby preventing woody qualities from overwhelming it.

It matters, too, what part of the tree the staves come from. Those from the bottom half impart deeper color and richer caramel flavours.

By federal law, Bourbon must be aged in new, charred oak barrels. Scotch, however, is aged in used Bourbon barrels, but also in used wine or sherry casks, which add their own flavours to it.

You can learn a great lesson on how finishing Whisky in different used barrels influences its flavour from our SmartAss Corner for the "In Finish Veritas" tasting pack.

Over time, the porous barrels allow oxygen to penetrate and some of the Whisky to evaporate (known as the angel's share), concentrating flavors and potency. Warehousing of barrels is an art: Whisky stored at the top of the building, where temperatures are highest, matures the fastest. Each distiller has its own method for rotating barrel's through the warehouse for even aging.

Some say more than 60 percent of a Whisky's flavor comes from the barrel. The spirit draws color, as well as sugars from the wood. American white oak—the wood often used for Whiskey barrels—contains other flavor-imparting compounds: Vanillin lends a vanilla flavor; amyl acetate, a fruity one. It is also high in coconut-flavored lactones, as well as mouth-gripping tannins.

This is an edited version of the article that was originally written by Beth Cracklauer for Saveur Magazine. You can read it here.