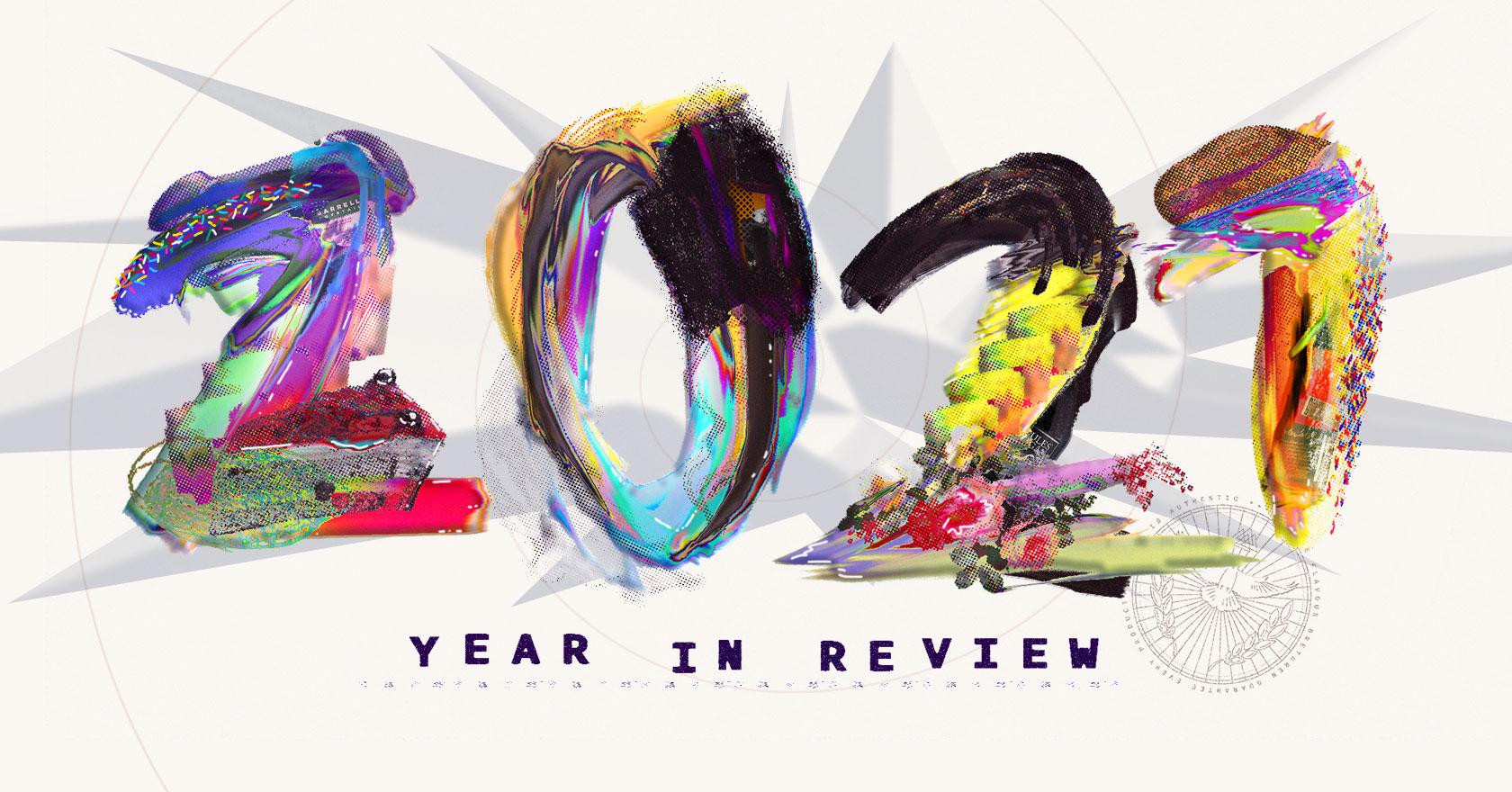 Twenty-twentyone: the year of Squid Game, slinging rich people into space, and Pete Davidson. But that was outside the Club. At Flaviar, we were all about the flavor game, slinging your palate into the Whiskyverse - and Peat Davidson. Let's recap '2020: The Sequel,' shall we?

While Earth shuddered and wondered what the fresh hell 2020 was, we started the new year with a long-awaited smoke bomb. Son of a Peat III: The Redeemer was launched to save humanity from dull smoothness - before heroes in labcoats saved us from a more pressing issue. Both are equally important.

Another exciting new release is the 2021 Whisky Advent Calendar. Its mission is to turn unsuspecting casual drinkers into seasoned Whisky connoisseurs by Christmas, and it was, once again, sold out. CNet called it "The Best Booze Gift of 2021," and "light-years ahead of the rest." If you have one, congrats!

Keep your ear to the ground for the 2022 edition if you don't. We also helped our Members create their family legacy with Flaviar's Infinity Bottle. The gorgeous decanter, The Mother of Infinity starter blend, and the detailed instructions will turn your sips into the most unique blend in the universe.

Imagine your grandchildren popping open your blend, tasting all your favorites at once! We're getting goosebumps. 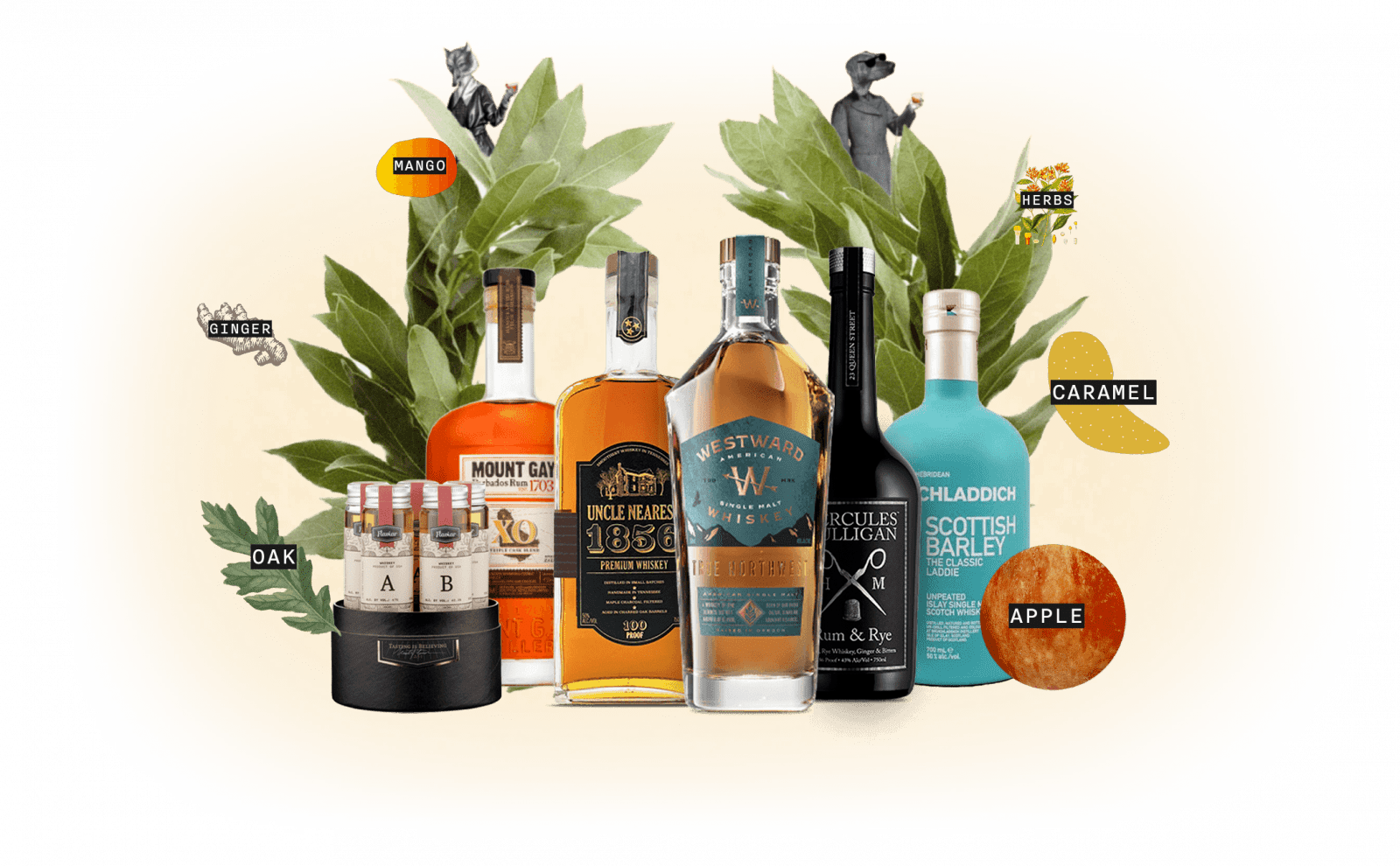 Our Spirits-finding expedition of Deer, Bear, and Moose discovered four fantastic barrels and bottled them for our Members: DBM Bruichladdich 2006, DBM Linkwood 2009, DBM Highland 2000, and DBM Caol Ila 2011 Movember Edition. The last one is also charitable as we donated part of the proceeds to the Movember movement that funds important medical research and life-saving programs.

One of the most fun Membership benefits launched in 2021 must be the Unboxing Flavor series with Brad Japhe, where we bring a genuine pro to your living room and have him guide you through your new Tasting Box.

Unboxing Flavor is designed to be in-depth and on-demand, but we also organized over 40 live guided tastings, with more to come in 2022. In the famous words of Napoleon: "So much content!" We also rubbed elbows with some pretty famous people. An issue of our printed magazine The Flaviar Times featured an exclusive interview with Bryan Cranston and Aaron Paul of Breaking Bad fame, who talked about their delicious Dos Hombres Mezcal. Then, we caught up with Birdman himself: Tony Hawk invented a new trick and helped us find the perfect Father's Day gift. Turns out, it's Flaviar Membership!

We also chilled with Martha Stewart, who showed us how to make extra boozy eggnog and agreed with Tony about the ultimate gift for those who have it all. Give your loved ones a Flaviar Membership is what we're saying here.

Back in January, we celebrated the scotchiest poet on Burns Night In, where our Members proved they're more than versed in verse. In March, the lockdown couldn't keep us from unlocking an authentic Irish Pub and inviting everyone to a live virtual St. Patrick's party. Live cocktail-mixin', live guitar-strummin,' and live pub-quizzin! We know readers in the future won't get it, but we collectively really needed that respite.

Then, we decided to turn a group of Flaviaristas into Master Blenders. We gathered at Botanica in Brooklyn with Lisa Wicker, Head Blender at Widow Jane, and co-created the next Flaviar Member Select Widow Jane Bourbon. Made by Members, for Members, and it tastes like heaven!

We also started an exceptional kind of revolution with Hercules Mulligan! We launched Flaviar's first crowdfunding campaign this year and, thanks to you, reached the goal of $750,000 raised in just under three weeks! Some of you can now look in the mirror, smirk, and say, "I own a Spirits brand." One of the most exciting places for Spirits lovers is, of course, The Vault, and we have to say: we had some special one-percenters in there. This year, the most expensive dram was definitely d'Usse 1969 Anniversaire Cognac, sold for nine grand. The second was Ardbeg 30-Year-Old Vintage 1967, $6500, and Buffalo Trace 1993 Old Fashioned Copper 25-Year-Old, $6200. The most luxurious offering available in The Vault at the moment? Macallan 62. It's still waiting for a new owner. Hint, hint! The Merch Crew worked hard this year and added new cool items to the store: Havana (Rum) and Louisville (Bourbon) T-shirts from the Carousel collection. And this is just the beginning, our carousel is spinning, so stay tuned... You probably noticed something's different on our site. After months of tinkering and hammering, we completely refurbished it.

Not just changing the drapes and painting the hallway; we rebuilt it from the ground up. Faster, smarter, and fancier. Our prolific scriveners brought forth tons of content for you to read as you sip on something fine. One hundred twenty-four posts were published, including eight one-on-one 'People Who Live for the Flavor' interviews.

Your favorites? The list of best Bourbons to try in 2022, the in-depth look at how Gin is made, the cheat sheet to Scotch regions, the definitive answer to the ancient question of whether Scotch is good for you, and the ultimate 101 guide to Bourbon. Flaviaristas luckily love to rate and review, and we can determine what the hottest drams were. What a ride, eh? We thank you all for making 2021 the best chaser to the ridiculously intense 2020. We wish you a can't-complain 2022 full of love and flavors. Take care of each other, and cheers!