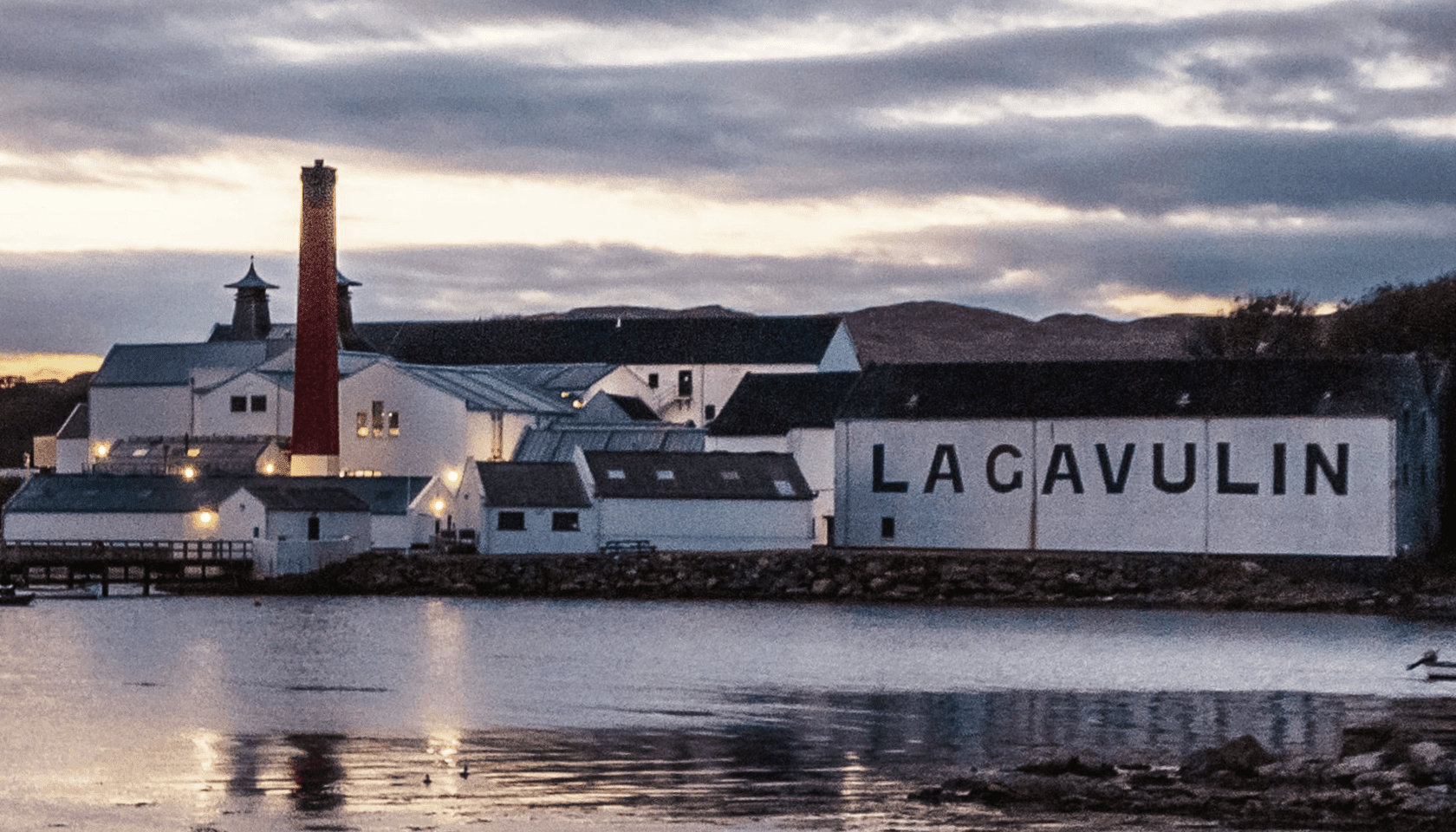 Do you know your Highlands from your Lowlands when it comes to Scotch? If you’re running a desperate search through your head for anything useful whenever the Scottish Whisky regions are brought up, we’ve got exactly what you’re looking for.

What are the 5 regions of Scotch?

There are five that remain undisputed: Speyside, Highlands & Islands, Lowlands, Islay, and Campbeltown.

The Islands are often considered a region on its own, but they are actually part of the Highlands. We've opted to consider it the sixth region as their flavor profiles are quite different to those in the Highlands on the mainland. 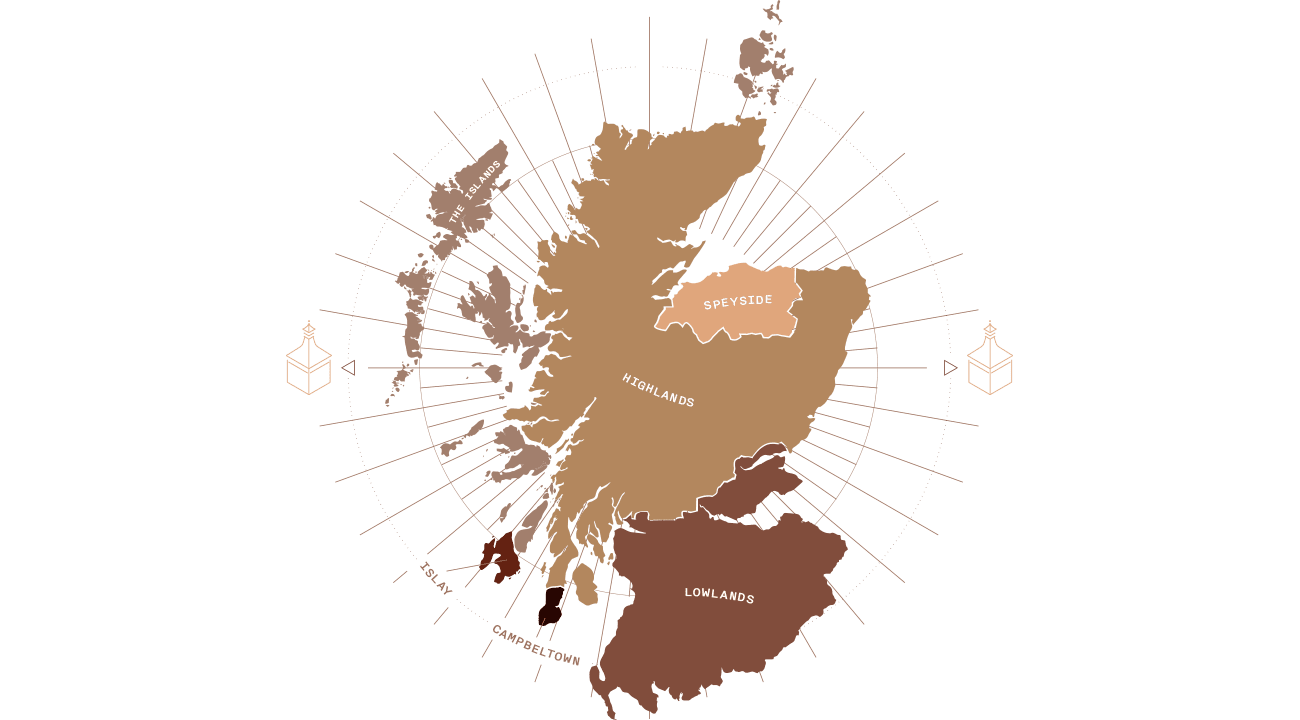 Looking for a perfect gift for a Scotch lover?
Check out Flaviar's fine selection of Best Scotch under $100, take them on a Whisky exploration journey from the comfort of their home or gift them a whole year of fun with Flaviar subscription . Speyside is the Whisky Manhattan: The most densely populated Whisky region in the world sits in a fertile valley of rivers and glens.

Home to over half of Scotland’s distilleries, Speyside malts from these fifty or so distilleries are known for being frugal with peat and lavish with nutty fruit flavors. Apple, pear, honey, vanilla and spice all have a part to play in the Speyside Whiskies.

Speyside Whisky also knows its way around a Sherry cask, hence the variety between light and grassy malts such as The Glenlivet, and the rich and sweet likes of  The Macallan, a chameleon of sorts that mirrors an old English comedic drama.

Which are Speyside Scotch Whisky bottles to try?

The area is traditionally split into eight defined towns and areas: Rothes, Strathisla, Lossie, Livet, Fridhorn, Dufftown, Deveron and Speyside Central. Whiskies hailing from the region include the esteemed  Glenfiddich as well as The Balvenie, Aberlour, Tomintoul and Glen Moray. 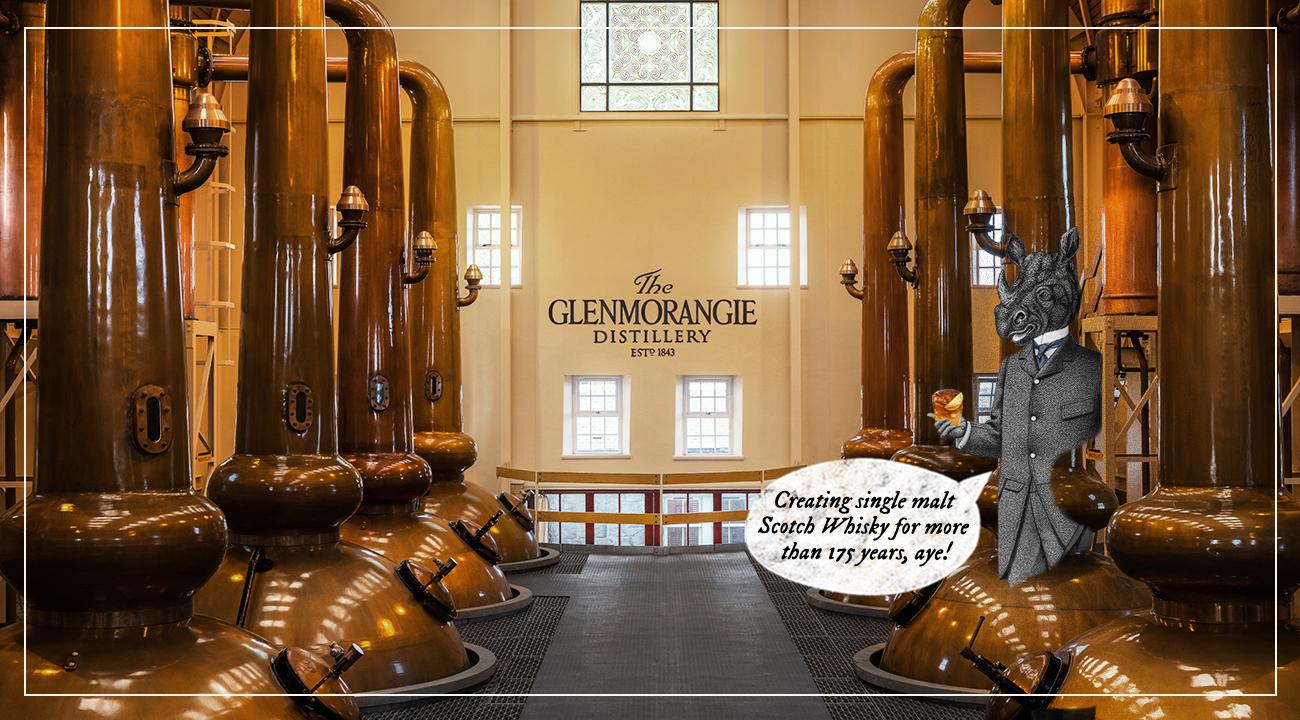 Northern Highland Whiskies, such as Glenmorangie are particularly spirited, with some relief in the cereals and honeys of Dalmore. Head south for the nutty smack of Tullibardine.

Alternatively, for enduring Whisky, which has been matured for six years in oak casks, try the dry and fruity Glengoyne.

Fruit marries smoke in  Ardmore’s east, whilst Dalwhinnie offers syrupy indulgence in the Central Highlands. The West Highlands harbour full-bodied peat Whiskies smothered in smoke; Oban is top of the class in the ranks of audacity.

Perching just above England, the Lowlands can play truant from peat or salinity. Soft and smooth malts are characteristic of the region, offering a gentle, elegant palate reminiscent of grass, honeysuckle, cream, ginger, toffee, toast and cinnamon. 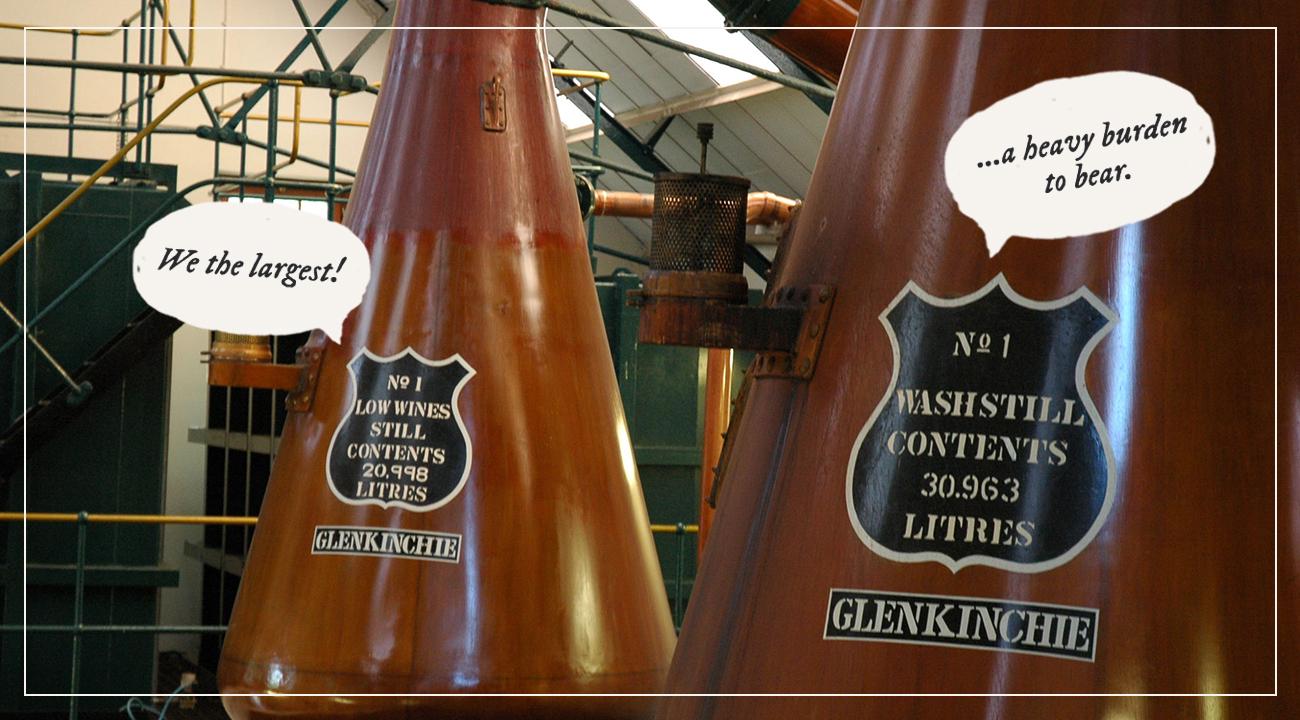 The Lowlands produce drams doted on by lovers of the aperitif and mellow malt. Auchentoshan still triple distills their Whisky to this day, bringing a bracing citrus edge to the table, like an over-lemoned pancake. 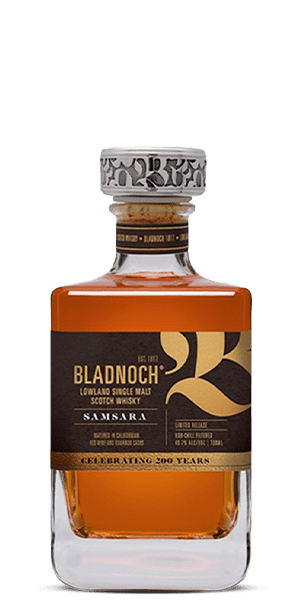 Which are Lowland Whisky brands?

Often referenced as the ‘Lowland Ladies’ due to their lighter, floral tones, the region’s famous feminine Whiskies include Glenkinchie, Linlithgow, Girvan and Strathclyde.

Islay: Home to the peated beasts

Islay might be the southernmost island of the Inner Hebrides, but it’s no less rugged, windswept or barren than its isolated counterparts. 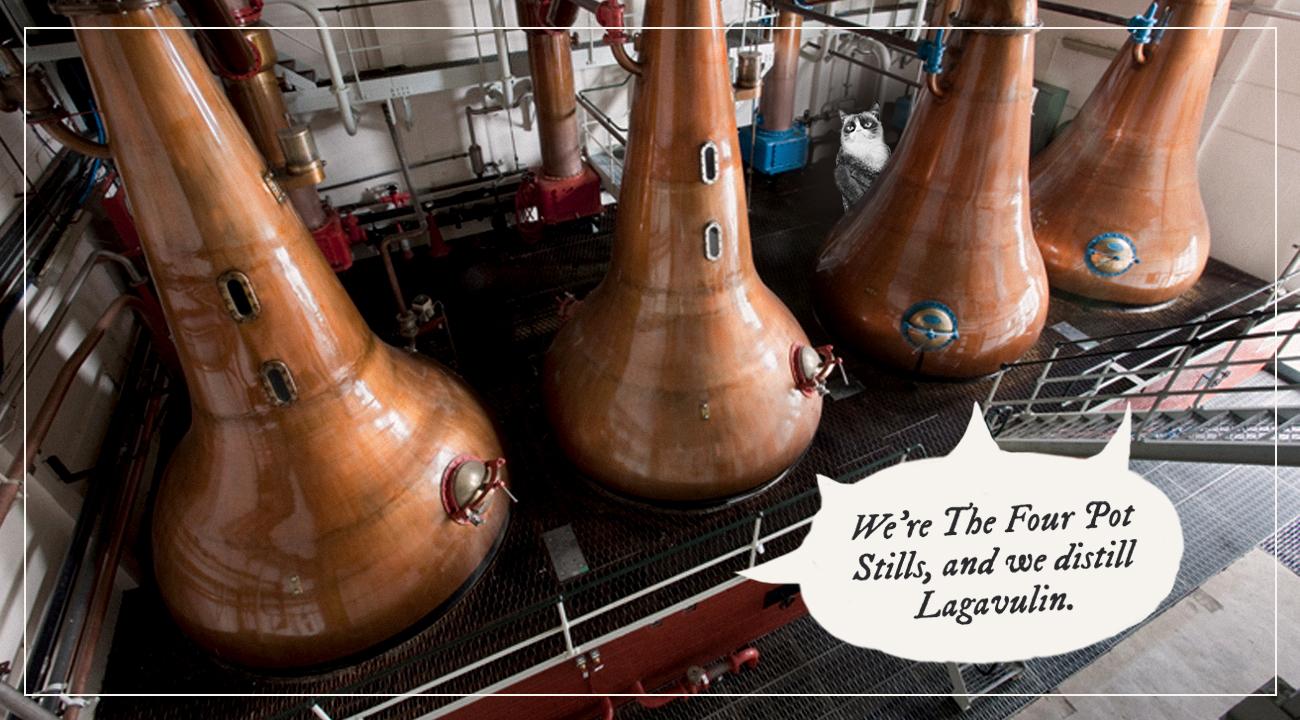 Islay malts are pungent with peat, smoke and salinity, revealing their complexity layer after layer.

Laphroaig, Lagavulin, Kilchoman, Caol Ila, Bunnahabhain, Bruichladdich, Bowmore, Ardbeg, and Ardnahoe make up Islay’s 9 distilleries. Between them, they evoke anything from linseed to moss, pepper to purity, carbolic to floral palates. 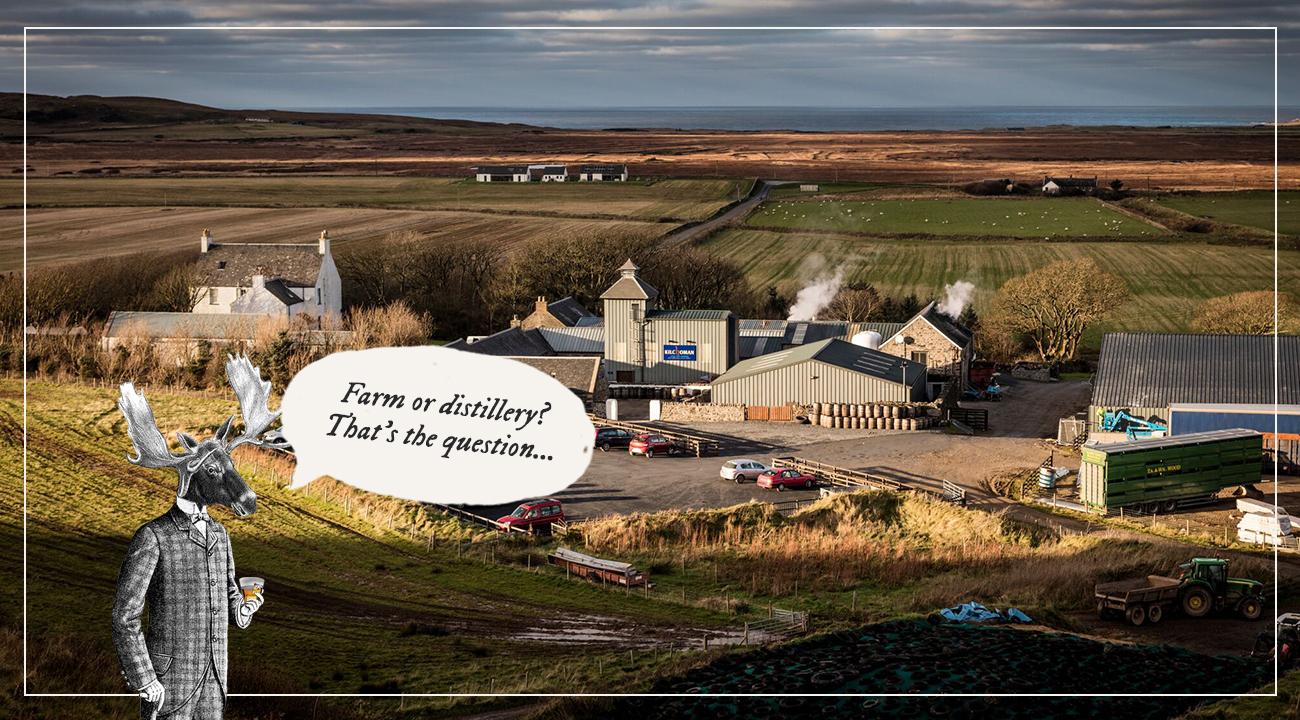 The versatility of the Islands accommodates both feathery citrus flavors and smoking peaty noses. Between them, Arran, Mull, Jura, Skye, and Orkney champion brine, oil, black pepper, heather, and honey. For challenging, volcanic drams full of maritime notes that are anything but tame, Island malts are your calling. 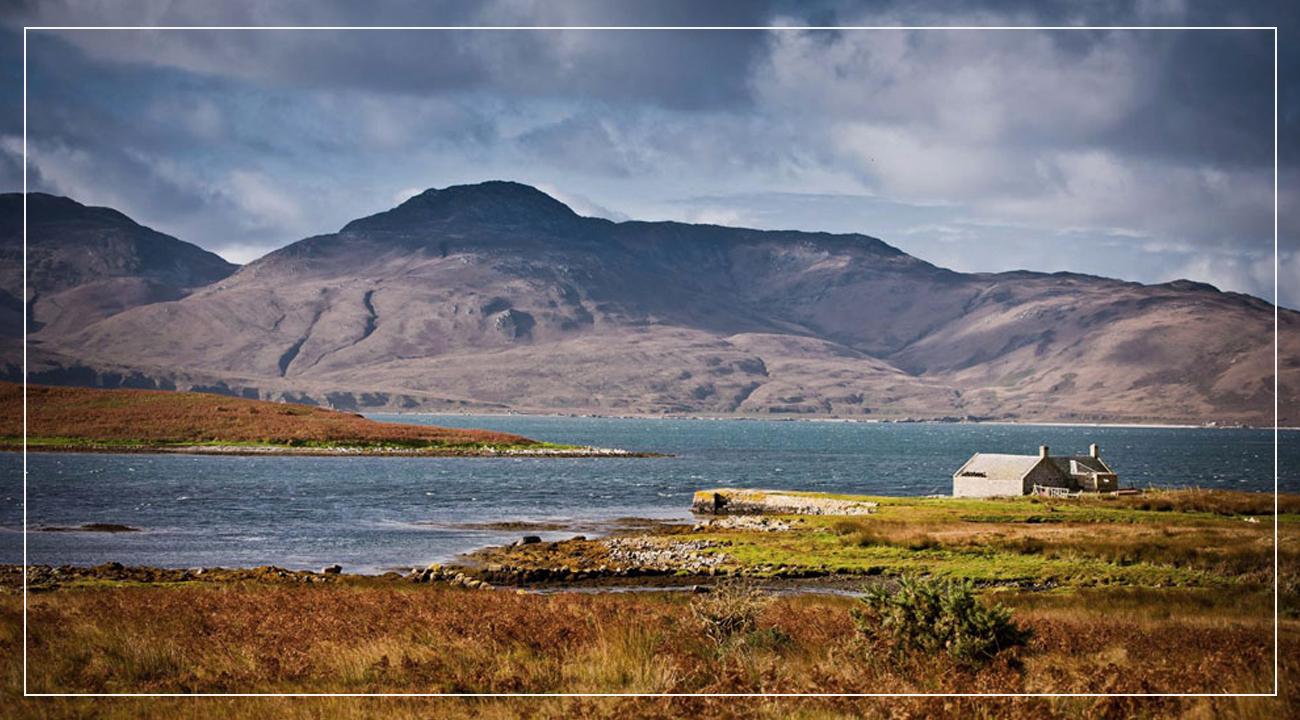 Though most Island Whiskies are salted by the sea, some are sweet and herbal. Talisker’s potent malt hails from the largest distillery of all the islands, whilst Tobermory offers fruity relief and Jura a delectable nutty, oily, middle-ground. 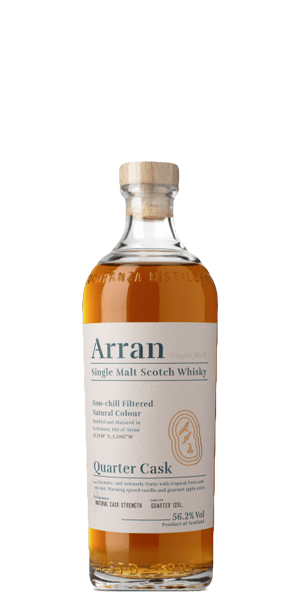 See all distilleries on the Islands >>>

The unspoiled peninsula of the Campbeltown region, contrary to its prolific history, now boasts only three coastal Whisky producers.

However, despite the region’s contraction, the malts produced are fiercely enduring and distinctive.

Wet wool, salt, smoke, fruit, vanilla and toffee are embraced, abandoned, and cocktailed in the various malts of Campbeltown. 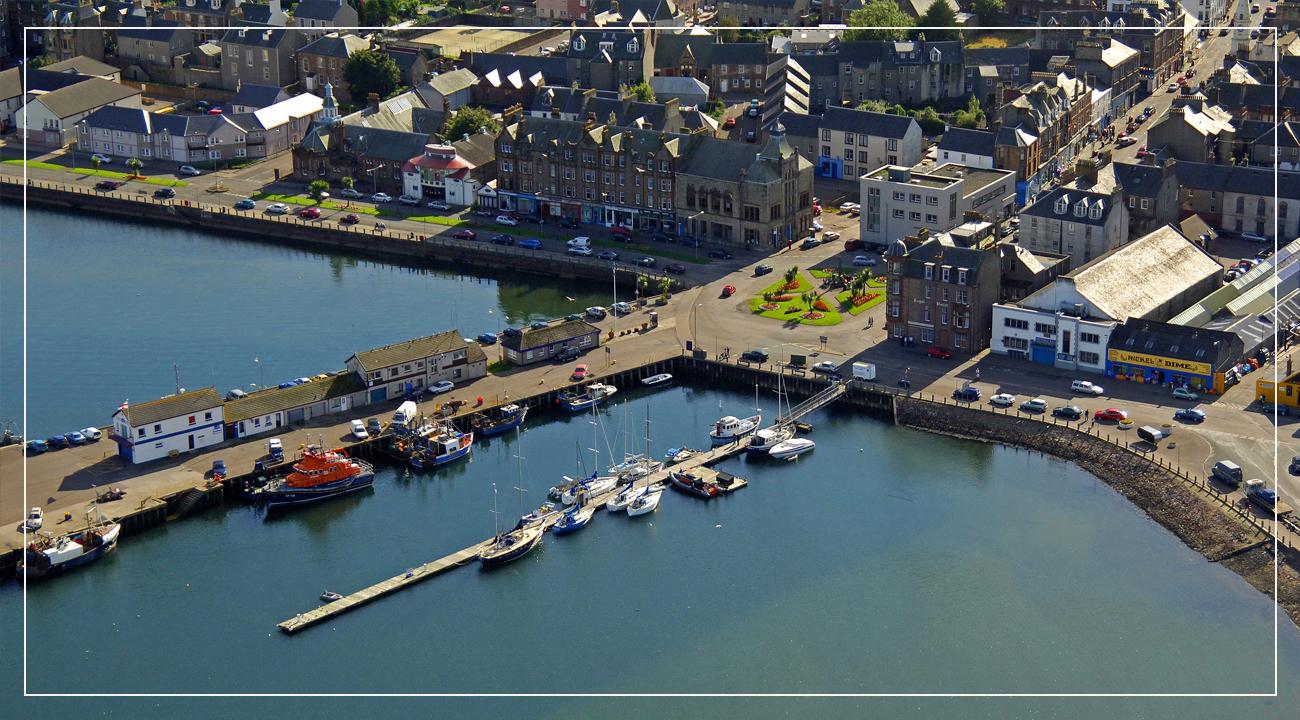 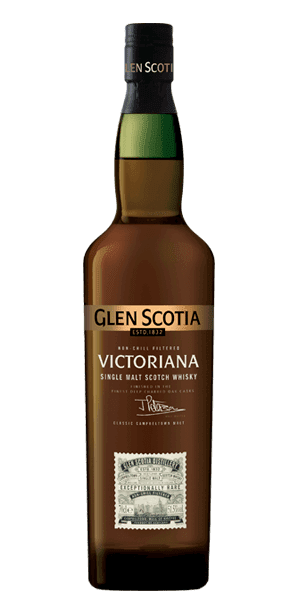 Glengyle produces the sweet, fruity, and spiced Kilkerran and Glen Scotia befriends light and grassy palates. Campbeltown is the champion of concentrated expertise.

Check out the ultimate Scotch subscription


Ready to start planning your Scotland trip? Don't skip the more detailed overviews of the Scotch Whisky regions on The Flaviar Times or join Flaviar to enjoy the Distillery Tour Program!

Check out our Flaviar Distillery Program >>>