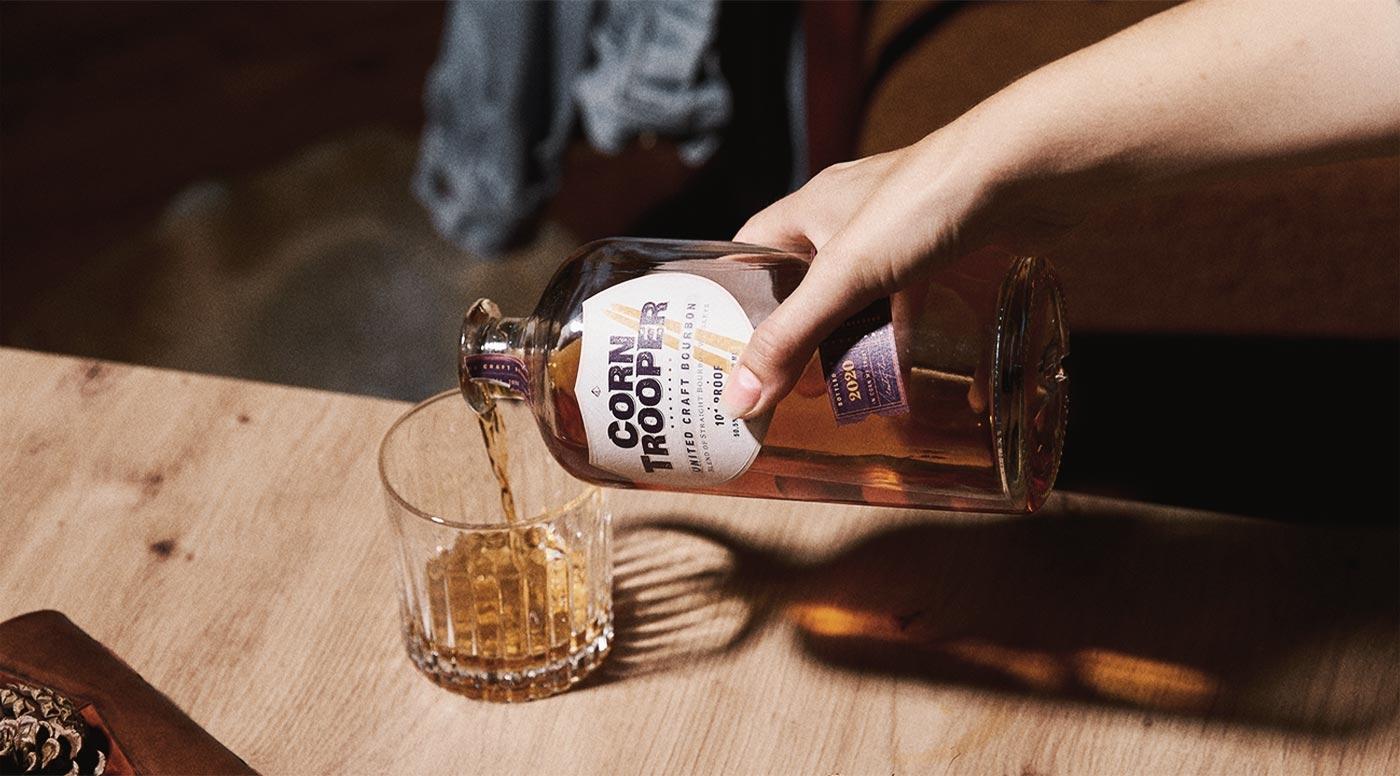 Bourbon is as American as apple pie. Seriously, an act of Congress even named the Whiskey “America’s Native Spirit.” It’s been made in the U.S. for hundreds of years and has survived the Civil War, Prohibition, two World Wars and the rise of Vodka.

Want to learn more about Bourbon? Here are all the questions about Bourbon answered, including its origin, history, flavor differences and even tips on how to drink the Whiskey.

Read the article below and become a Bourbon expert in no time.

In this article, you will find:

Let’s start with the basics. All Bourbons are Whiskey, but not all Whiskeys are Bourbon. In fact, there’s a whole list of requirements from the United States Federal Government  that a Whiskey must follow to be called Bourbon:

Watch the video to see 5 things people most often Google about Bourbon.

Can Bourbon only be made in Kentucky?

Bourbon can actually be made anywhere in the United States and distilleries across the country are now making the Whiskey. But Kentucky distilleries still produce the vast majority of the world’s Bourbon supply. The state has a unique combination of history and climate (hot summers and cold winters), which is what made Kentucky home to the Bourbon industry. There are some close relatives to Bourbon that deserve mention here.

This results in a smoother final product since charcoal removes impurities from the Spirit. While most Bourbon brands don’t charcoal filter their Whiskey, they certainly could add that step to their production process.

What is Corn Whiskey? Another major difference is that Bourbon has to be aged in a charred oak barrel that has never been used before, while corn Whiskey does not have to be aged at all. But if a corn Whiskey maker does want to age their Spirit, it can be done in a new un-charred barrel or in a used barrel, which is also very different than the rules for making Bourbon.

Last but not least, many American distillers make Rye Whiskey, which is deserving of its own corner of your liquor cabinet.

For a Whiskey to be called a Rye in America, it must be made with at least 51 percent rye grain and also aged in a charred unused oak barrel. Rye tends to have big and bold flavors, including a lot of spice. The Spirit’s flavor profile makes it particularly good for mixing in classic cocktails, like the Manhattan, Sazerac and Old-Fashioned.

For a drink that's as simple as Bourbon, there are a surprisingly large number of flavor variations between the different bottles on store shelves. These range from floral and fruity to spicy and dry with an entire library of notes in between. Listed here are common flavor notes and what causes them to occur:

Bourbon is often characterized as being sweet with vanilla, caramel, custard, butterscotch, marzipan, maple, honey, or chocolate notes. This is generally caused by flavor compounds that the Spirit picks up from the charred oak barrel that it is aged in. 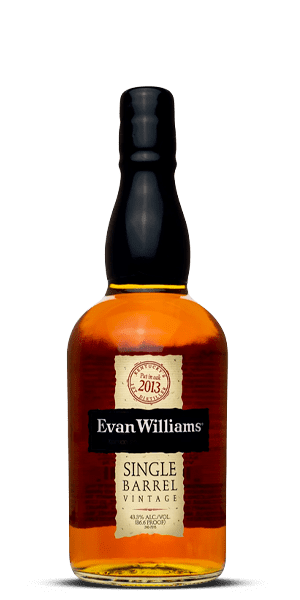 Sometimes when people taste Bourbon they find that it is “hot” or “spicy.” This sensation can be caused by Whiskeys that have a very high proof—like 90 proof and above. It can also be that the Bourbon has a large percentage of rye grain in its mash bill, which will give the finished Whiskey more spice. 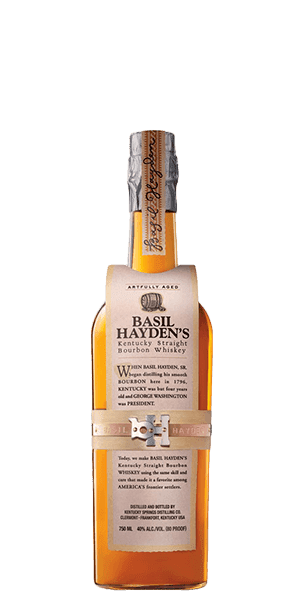 Floral flavors, like honeysuckle or rose petals, can sometimes accompany fruity or herbal notes and are a product of the yeast used in starting the fermentation process. 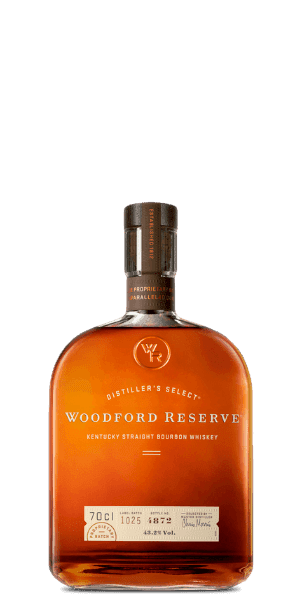 You’ll often find that Bourbon has notes of baking spices such as nutmeg, cinnamon, allspice, and anise. These notes can come from the grains in the mash, the fermentation process, or the barrel used for aging. 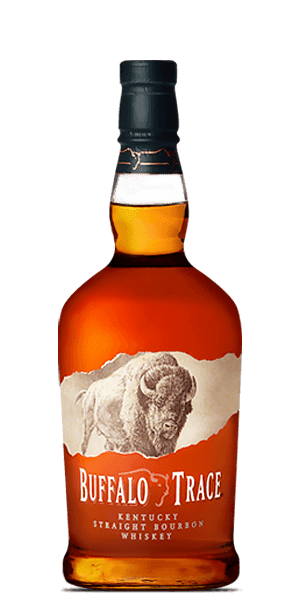 The longer the Bourbon spends in the barrel, the more flavor it will pull from the wood. Almond, walnut, cedar, pecan, and oak are all familiar oak-derived flavors. But Bourbons can also pick up tannic notes like black tea or rich notes of leather and tobacco. 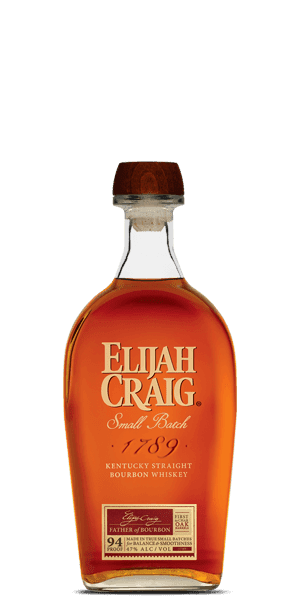 These Bourbons have more flavor from the base grains. Think notes like hot cereal or cornbread.

Basil Hayden's Bourbon
vol:  0.7l rtg:  7.7/10
Ready to put knowledge into practice? Read our comprehensive list of Best Bourbons to drink in 2022 for each category and flavor profile.

There are many theories about who and where Bourbon was first made in the U.S. Some folks attribute its production to the immigration of 1.5 million people from Scotland in the second half of the 18th Century, who, of course, brought distilling knowledge with them.

Regardless of its origins, Bourbon has survived many ups and downs and really caught on in the second half of the 20th century. But, unfortunately, another decline was around the corner as hippy youngsters refused everything their parents loved. In the late 20th Century, a new Golden Age of Bourbon began, which was kicked off by small-batch expressions and innovation.

But this is just a drop of Bourbon’s rich history - click here to read a complete history of Bourbon and learn what are the major milestones that shaped Bourbon as we know it today.

Bourbon not only has a complex history, but it also shaped the history of the U.S. Watch the video below to learn why.

How to drink Bourbon?

Bourbon is so simple, yet so complex! To get the best possible experience and explore all the flavors Bourbon has to offer, we advise you to follow these tips on how to drink Bourbon. Thirsty for more? Read Flaviar’s comprehensive guide on How to drink Bourbon.

If you want to take your tasting experience to the next level, read our How to Guide to Tasting Whiskey.

Some folks may argue that Bourbon should only be drunk neat, but it also works very well in cocktails.

Here are some of our favorite Bourbon cocktails that you should try: Congratulations, you’ve passed the first level of Bourbon knowledge-seeking adventure. You deserve a drink! But if you want to learn more about Bourbon, here are some more interesting articles that will help you take your Bourbon knowledge to the next level. Cheers!