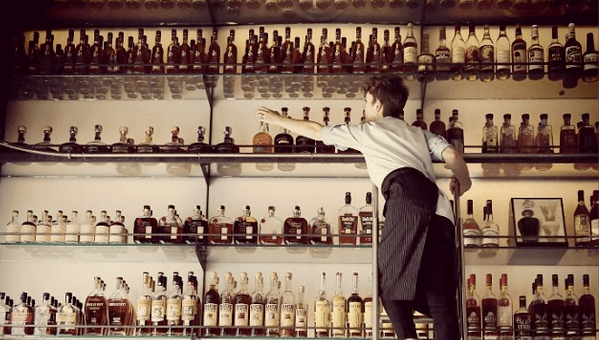 Old Fashioned is a cocktail classic everyone (yes, we're looking at you) should know how to make.

When we were chatting about Bourbon with Erik Adkins of Hard Water (also referred to as "Whiskey Heaven" among its clientele) the other day, he was kind enough to share a recipe for his favourite cocktail - the Old Fashioned - as he prepares it in one of the best Whiskey bars in America. 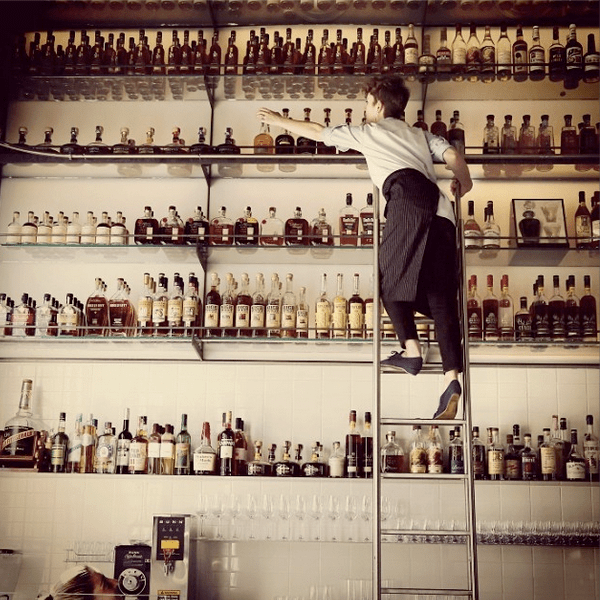 "The Whiskey Cocktail has always been one of my favourite mixed drinks. It is a contemplative drink and one that can be slowly savoured. This drink originated at the beginning of the 19th century and is now referred to as the Old Fashioned."

→ 2 oz (60 ml) of Bourbon or Rye Whiskey. Rye was the original, but at Hard Water we like Bourbon
→ A teaspoon or shy of ¼ oz of gum syrup. We use Small Hand Foods gum syrup, which is available online
→ 2 dashes of Angostura bitters
→ 1 dash of orange bitters. We use The Bitter Truth's orange bitters

Stir the cocktail ingredients for a few seconds to integrate them. Add a few large pieces of ice (we use one large piece of ice cut from an ice block) and stir for 10 seconds.

Zest an orange peel over the drink (lemon peel is more traditional, but we really like orange), express the oils, and add it to the drink. This is where you want to splurge on citrus that has not been sprayed with pesticides.

What is gum syrup and why use it in a cocktail?

Gum syrup is simple syrup that has been thickened with gum Arabic, which comes from the Acacia tree. Gum syrup was a popular sweetener in the early 19th century. It adds a silky rich texture to the cocktail. If you don't have any gum syrup you can use simple syrup, which is one part water and one part sugar.