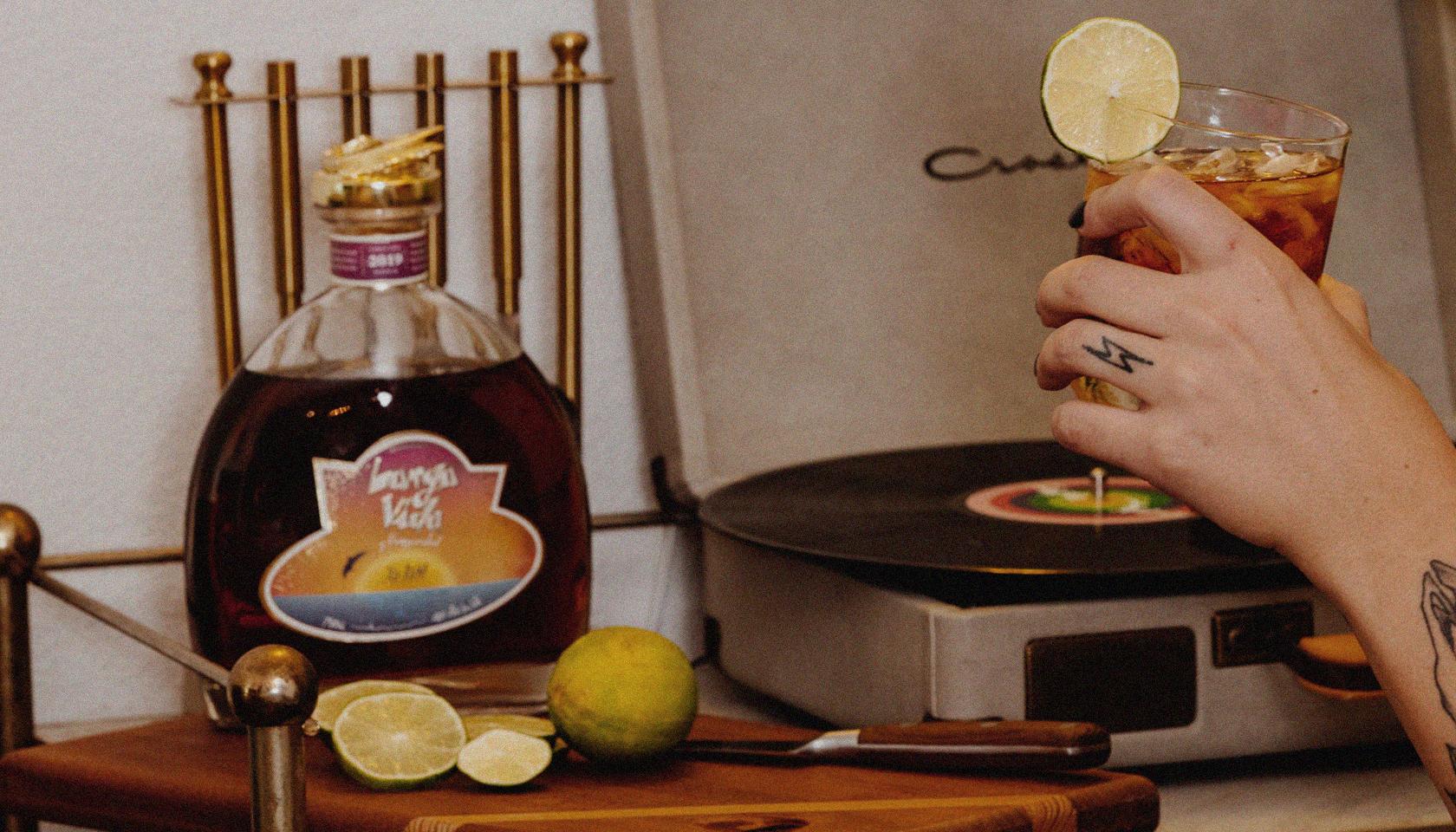 All for Rum and Rum for all! If you tried Rum once but didn’t like it, follow the advice we at Flaviar always like to serve up: try another one, then another one, and then… ok, you get our point.

But really, never forego the opportunity to try out a different Rum and we guarantee that you'll find one that you absolutely adore.

This list of best-rated Rums is based on the ratings and reviews of Flaviaristas, so rest assured, we’ve included only the best from different styles and brands.

No matter whether you’re searching for the best budget Rum, the best Rum for a cocktail, or the best sipping Rum, you’ll find it on our list below.

El Dorado 15-Year-Old is something a little bit special. It was voted the Best Rum in the World at the International Wine & Spirits Challenge four years in a row. Hailed by virtually everyone in the Rum world as being out of this world, it truly is a crowd-pleaser. It's also the winner of the Flaviar Community Awards 2019 in its respective category!

Critics have called this Rum a game-changer, and we couldn’t agree more.

Ten To One Caribbean White Rum is an enticing unaged blend of column still Rum from the Dominican Republic, which combines exceptionally well with high ester pot still Rum from Jamaica, to yield a beautiful extra-proof expression. 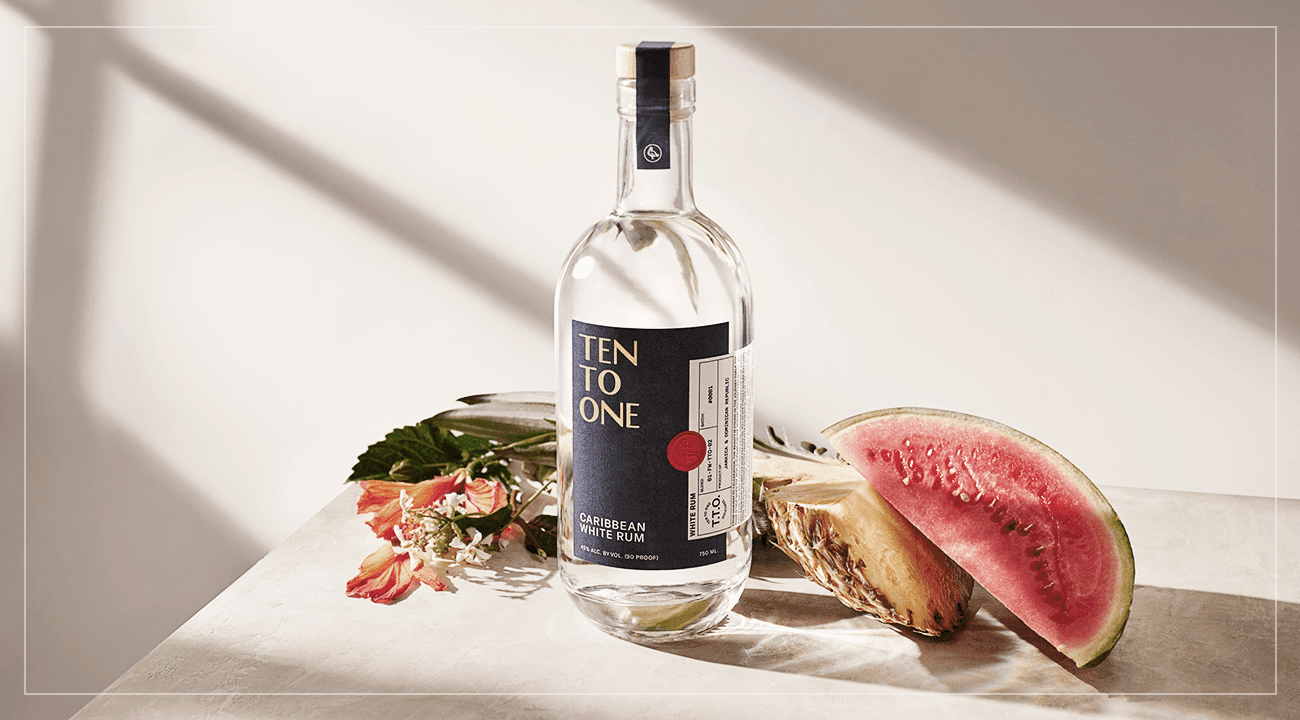 The blend has been married and bottled at 45% ABV, with ZERO added sugars, colorings, or flavorings.

Try it in your next Daiquiri and you will never turn back. Named "Best Rum" and awarded a Platinum Medal at the 2020 LA Spirits Competition, as well as a Gold Medal at the 2021 Rum Masters, this delicious expression will take your cocktails to the next level.

Dictador 20 YO is one of the World's most awarded Rums. It's also the winner of the Flaviar Community Award 2017 - Flaviaristas know a good Rum when they see it.

It is made from the fermentation of virgin sugar cane honey and distilled partly in copper alembic and partly in steel continuous column. It's aged in second-fill oak barrels. Over a period of 28 days, it is brought down to bottling strength by demineralized water. Drop-by-drop as they would say.

Try before you buy! Before you commit to buying a full-size bottle you can find  Dictador 20 Year Old Rum featured in this Rum-themed tasting box. Wish to expand your liquor cabinet without hurting your wallet? Discover more our Rums under $100!

Are you a Rum enthusiast and a history buff? In that case, we’re introducing you to the one-of-a-kind Hercules Mulligan Rum & Rye, a simple concoction of Caribbean Rum, American Rye Whiskey, and bitters inspired by an 18th-century recipe, named after the little-known tailor, spy, and hero of the American Revolution, who changed history and secured freedom for all. Hercules Mulligan is a Spirit of independence. Utterly complex and delightful, this unique composition tickles the nose and loosens the lips.

Not only is one of the Flaviar 2021's spiritual superstars but it also won a Double Gold medal at San Francisco World Spirit Competition 2021. Instead of using a cheaper White Rum, splurge on this bottle to make some awesome Piña Coladas.

The Reserva Exclusiva is a staple in every Rum aficionado’s collection. It's a complex blend of copper pot still Rums made from sugar cane juice and matured for up to 12 years in ex-Bourbon casks. Its caramel and vanilla sweetness with a hint of charred oak, pairs pleasurably with the rich and creamy, floral notes. The chocolate undertones play nicely off of the Diplomatico’s orange, date, and ripe berry notes. A Rum Classic you must have in your home bar.

OTHER BEST RUMS FOR COCKTAILS:

One of the best reasons to be a Flaviarista is access to Spirits that are made only for Members – and sometimes by Members.

Larga Vida XO Rum is a concoction patiently aged in oak barrels for a minimum of 15 and up to 24 years and later finished in Ex-Merlot, Cabernet Sauvignon & Sherry casks. We handpicked ten tropical Rums and meticulously blended them into a flavorful choir where each voice complements the others and elevates the final blend into harmony. The Rums come from 10 Rum nations: Barbados, Dominican Republic, Guadalupe, Guatemala, Guyana, Jamaica, Mauritius, Panama, Trinidad, and Colombia.

In 2019, the Rum really impressed Flaviar members as they voted it into the Top 5 Spirits of the year, winning it one of the 2020 Flaviar Awards. Larga Vida is aimed at people who know their way around the sipping Rums; at people who just want a lovely summer Rum cocktail and pretend their living room is a pristine beach in the Caribbean; and it's made for all the "Rum Rookies" who only know the drink from Mojitos and Christmas cakes.

Spiced Rums have come a long way since, and now there are plenty to choose from. If ever in doubt, Uncle Flaviar is always on hand to offer sound advice on which bottles to choose and ways to drink them!

Bumbu The Original Rum is crafted from first-class sugarcane that’s been gathered throughout the West Indies and aged up to 15 years in Kentucky Bourbon barrels. This is a super-smooth sipping Spirit with stellar balance as well as complexity and represents everything you could possibly want in an ultra-premium Rum. Every little thing about this product just screams Q-U-A-L-I-T-Y. Except for the price. The price is right and then some. Jackpot, baby!

Ten To One Oloroso Sherry Cask Finish is undoubtedly the hot stuff of 2022.

Ten To One Oloroso Sherry Cask Finish Caribbean Dark Rum is a unique take on Ten To One's award-winning Dark Rum. The masterful blend of Caribbean Rums (from Trinidad and Tobago, Barbados, Jamaica, and the Dominican Republic), named "Best Rum, period," at the LA Spirits Awards, received a finish in Oloroso Sherry casks. This compelling expression is Ten To One’s first special cask finish edition, it’s super limited, and it’s a Member Select release! It will impress Rum lovers and seduce those who only flirt with the category. Ten out of ten for Ten To One.

All roads lead to Rum....and the journey is always a good one. Rum is truly a very versatile drink, the best of which should be drunk neat (i.e. nothing but that well-selected Rum in your glass!) to fully appreciate it.

Brugal 1888 Rum is the Rum for Whisky lovers.

Don Andres Brugal Montaner launched Brugal in 1888 to break away from the traditional styles of the time and to create a distinctly different Rum. Apparently, there are two things that set Brugal apart from others. First, the method of distillation, which removes much of what other Rums leave in. The spirit is thus cleaner, dryer and less sweet. Secondly, every drop of Brugal is cask-aged, using the same wood policy as the World’s best single malt Scotch Whiskies.

“Excellent. I am a bourbon drinker and this is a terrific sipping drink. I have really enjoyed it” - Elyse

OTHER BEST RUM FOR SIPPING:

It is a blend of Caribbean Rums from Barbados, Jamaica, and Guyana — all selected to build a complex character. “Very smooth and sippable. I’ll definitely return to this one.” - Nathan

Never underestimate the value and appreciation of a good bottle. The holiday season is just around the corner and we want to give you a head start on growing your Rum lover’s home bar. And you can’t ever go wrong with the Winner of the Flaviar Community Awards 2018.

Plantation Barbados XO 20th Anniversary Rum in one word tastes great. And equally important, like all fine aged Rums, it has a perfumey aroma that — pardon the expression — is like sex in the nose. It is double distilled… once in a pot still and again in a column still. It is double aged, first in the Caribbean using ex-Bourbon barrels for eight to fifteen years. Plantation Barbados XO is a rare beauty on the outside and on the inside.

Hopefully, this helps you select the perfect present for the Rum enthusiast in your life.

There are literally hundreds of Rum bottles out there waiting for you to discover them, so arm yourself with your glass, your nose, and palate and take to the high seas of Rum judgment.

If you still cannot decide on your next favorite, we suggest joining a club of Spirits connoisseurs.  Flaviar members get access to private bottlings, special editions, and rare gems.

As a Flaviar Member, you’ll get to pick full-size bottles and themed Tasting Boxes, take advantage of unlimited free shipping on qualifying orders, access The Vault full of one-percenter drams, join free live tasting events, earn perks through referrals, and have the best community that rates and reviews at your fingertips. Noobs or pros, Flaviaristas also learn new stuff through tasting and content such as on-demand guided tastings, weekly live spirited debates, educating videos, in-depth articles, the School of Spirits, and so on.

Gift yourself a flavorful journey into the World of Fine Spirits and share the experience with your friends and family.