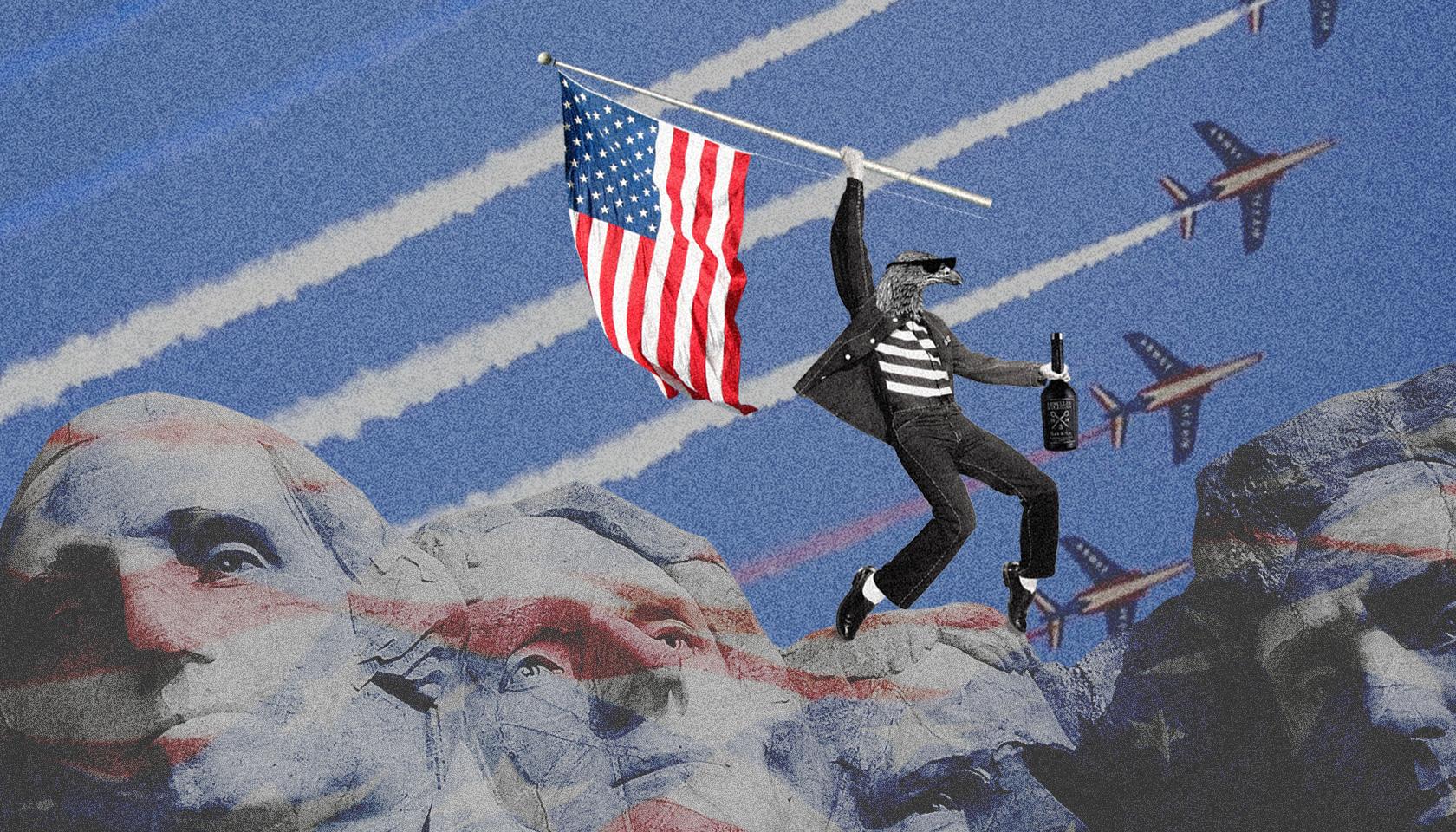 From patriotic recitations, toasts, and booze, to barbecues, fireworks, and… well, booze—the 4th of July celebrations have always been very Spirited in nature.

In fact, toasting was initially used as a form of informal political speech. Keeping up with the tradition, established by none other than the OGs of 4th of July celebrations, the Founding Fathers, let’s grab a glass, take a page from the U.S. history book, and toast to Independence Day.

The Freedom to Toast

The 4th of July celebrates the passage of the Declaration of Independence by the Continental Congress in 1776. The ritual of toasting quickly established itself at the center of the celebrations, both in a way to praise or criticize the newly independent nation, its heroes, and its leaders. Further formalized in the mid-18th century at taverns and banquets, it soon evolved into an informal kind of political speech. Today, public oratory has mostly been replaced by barbecuing and fireworks, but the freedom to choose one’s drink and speak one’s mind remains firmly at the heart of any celebration.

The birth of a nation was no small feat, and the Founding Fathers were well-prepared for the occasion. The signing of the Declaration of Independence itself was marked with an ambitious bar tab, which included:

It’s a list that definitely put the “fun” in “Founding Fathers” and “dance” in “Independence”. But infusing one’s political actions with a bit of the ol’ Liquid Courage was nothing odd or new at the time. George Washington owned and operated his own distillery on his private estate in Mt. Vernon, Virginia, and was known as the largest producer of Rye Whiskey (11,000 gallons p.a.) in the United States—that’s once he retired from politics.

Thomas Jefferson, on the other hand, was himself more of a Wine fan and refrained from the consumption of more potent beverages. However, he did establish his role as “The Best Whiskey Lover’s Wingman” after taking office in 1801 and repealing the highly disputable Whiskey tax.

His actions allowed farmers and small distillers to freely distill while making enough money to support their craft—and ended the infamous Whiskey Rebellion that stormed throughout the newly-established Republic.

Besides that, entries from Jefferson’s memorandum books indicate that purchases of Whiskey were regularly made for workmen on his plantation. Repeat after us: “MVP (Most Valuable President)! MVP! MVP!”

Benjamin Franklin absolutely loved Madeira and as proof, composed a list of over 200 synonyms for being drunk. That’s more words than the Inuits have for snow!

While not a Founding Father himself, Hercules Mulligan, an Irish tailor-turned spy who used Spirits to loosen British officers up and make them talk whilst taking their measures, helped continue the nation's winning streak by also saving Washington’s life not once, but twice! And in effect, Washington’s (and the nation’s love for) Whiskey.

Speaking about living a double life, Flaviar’s own bottled Old Fashioned, Hercules Mulligan Rum & Rye, also combines two different characters: that of a Caribbean Rum and American Rye Whiskey. It’s an unprecedented blend enhanced with macerated ginger and tailor-made bitters to form a refreshing ready-to-drink cocktail with tons of character you can whip out at a minute’s notice any day. Grab one to revolutionize your 4th of July celebration with its complex dance of notes of ginger, honey, and spices with a 43% ABV punch!

“Hercules Mulligan’s story deserves to be told. Operating in the shadows, he was a hero of the American Revolution, brave enough to take a stand against the injustices he saw in the world and risk his life more than once to save our Founding Fathers.” — Steve Luttmann, Spirits industry veteran and Hercules Mulligan co-creator

Of course, we wouldn’t be true to the spirit of the holiday if we didn’t give you the freedom to choose your own drink. And for that, you first need a choice.

We turned to the Spirits expert and Flaviar’s Head of Cocktails & Spirits Noah Rothbaum for his suggestion on how to celebrate the Flaviar way:

“For my whole adult life, I’ve been trying to figure out the perfect drink for July 4. While I’ve served Bourbon, ladled Punch, and even poured Champagne, but nothing quite what I was looking for. This year, however, I think I finally figured it out. My plan for this year is to make Highballs.”

What is a Highball, you ask? Rothbaum lays down the specifics in very simple terms:

“The drink is a fancy name for a tall glass filled with ice, a couple of ounces of Whiskey (in this case one made in the U.S.), and a lot of club soda.”

Highball was actually born in New York in 1900 and later became a real hit in Japan, having single-maltedly revived their interest in Whisky. Initially only a mix of Scotch and a seltzer, a Highball can be any mixed drink involving an alcoholic base Spirit and a larger proportion of a non-alcoholic mixer, such as Gin & Tonic, Screwdriver, and Rum and Coke.

“It’s the perfect drink for July 4, since you can use your favorite Bourbon, Rye, or American Single Malt. It’s refreshing on a hot summer and tastes great with hot dogs, barbecue, and other rich holiday food.” And why not? Highballs are the OG of summer cocktails and a great way to celebrate the OG of all American holidays, as well as pay tribute to the OG Fathers of the Nation.

For a real quick Highball fix, Rothbaum suggests Flaviar’s own HaiBall. A true hard seltzer for Whisky lovers, HaiBall combines properly aged Whiskies sourced from Scotland, USA, and Japan, premium sparkling water, and a lemon wedge for a refreshing and zesty take on this classic.

It’s the perfect drink for July 4, since you can use your favorite Bourbon, Rye, or American Single Malt.

No 4th of July celebration is complete without the classic Punch. Putting aside the gimmicky tricolor concoctions of the modern era, Flaviar suggests a recipe closer to what the Founding Fathers might have gulped down back in the day. This is a one-portion recipe, but feel free the expand your operations if needed.

The Founding Fathers Punch Back

For a different, and perhaps more trendy take on a Red, White & Blue cocktail, we suggest a Negroni. Again, forget about the tricolor looks—the individual ingredients themselves will make it tricolor in Spirit(s).

So, you think you have what it takes to pour it like it’s 1776? When in doubt, just ask yourself: “What would the Founding Fathers do?”

Flaviar wishes you a happy and a hefty 4th of July!