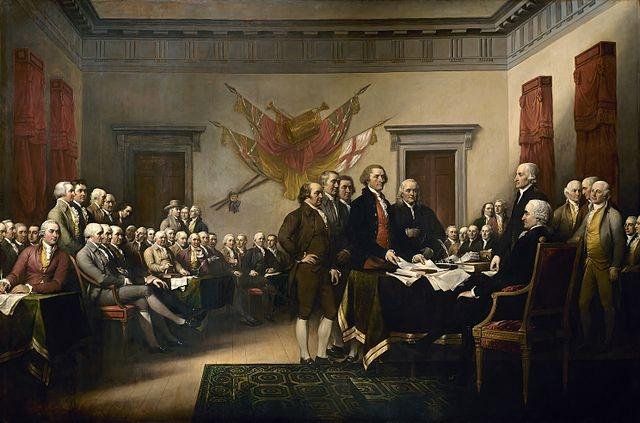 So it’s that time when pomp, pride and star-spangled celebrations burst to life Stateside! We'd like to cast back in time to celebrate and illuminate upon the efforts of the Founding Fathers.

What does being a Founding Father involve?

At a minimum it seems to us:

But is there something missing?

Aye, here at Flaviar we think so, but it’s neither a virtue nor a value. It’s something known to lubricate the human spirit like no other, inspire, provide release and seek truth…and occasionally a smidgeon too much!

If you gasped out aloud “Alcohol!” well done, you’re on our wavelength! Anecdotal evidence suggests its influence played a greater role than you might think, perhaps like that of a benevolent & supportive mistress - comforting during the tough times, a shoulder to lean on, but not one to criticize.

So let’s put things into perspective - during colonial times:
→ Annual colonial spirit consumption was 7 gallons per year and today it’s a sobering 2 gallons – an alcohol El Nino has struck us!

→ Taverns were the epicenter of lively on-goings: weddings, postal services, heart-felt debates, the odd scuffle and a comforting array of drinks were at hand.

→ Whiskey was adopted as a currency for many goods and services in rural areas.

Boozy connection to the Founding Fathers

• Military Strategist and First President of the United States George Washington actually became the largest producer of Whiskey (11,000 gallons p.a.) in the United States, that’s once he retired from politics.

• Thomas Jefferson authored the Declaration of Independence over three manic days at his favorite bar ‘The Indian Queen Tavern’ in Philadelphia. What isn’t so widely known - he did so while downing one overflowing glass of Madeira after another, bottoms up!

• Benjamin Franklin coveted Madeira and as proof, composed a list of over 200 synonyms for being drunk. This is more words than the Eskimos have for snow! 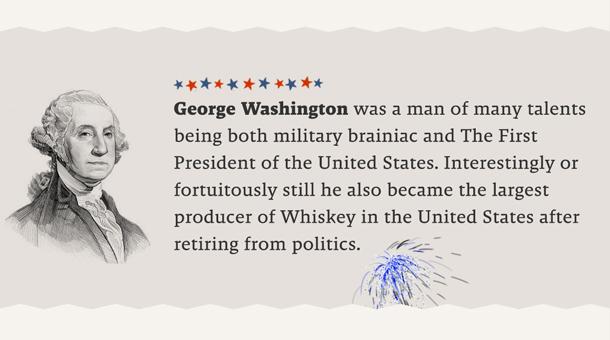 One last historical note, when you celebrate the birth of a new nation you should rather paradoxically celebrate like there might not be a tomorrow. Well that at least seems appropriate according to the bar tab from the Signing of the Declaration of Independence, which included:

As Jefferson might say “unlike men, not all spirits were created equal and endowed by their Creator with the inalienable rights of pure ingredients, taste bud liberties, and the pursuit of flavor happiness.”
- Uncle Flaviar ‘15 props to Thomas Jefferson

So are you sure you've bought enough booze for the BBQ party this weekend? We certainly hope so. Have yourself a memorable Independence Day!