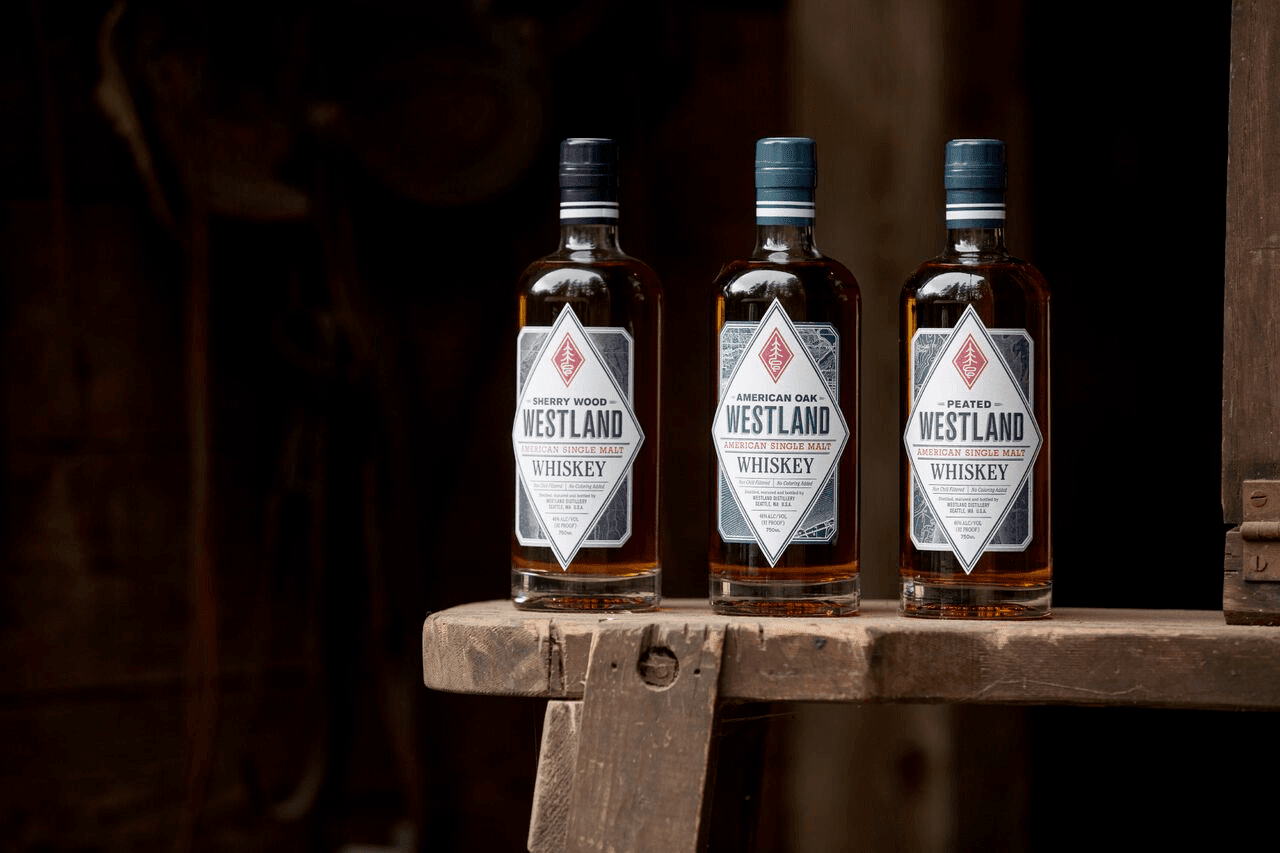 But this is a category that is growing in popularity and I’ve heard more chatter about it over the last year than I have in my entire life. I decided that it’s time I learned more about where this category came from, and you get to learn right alongside me.

“Bourbon is a bold, intense corn bomb of a Whiskey made from at least 51% corn. Rye, is a spicy kick in the pants with a minimum rye content of 51%. Single Malt Whiskeys are made from 100% malted barley. Barley tends to have much more nuanced flavor profiles, so certain techniques are utilized to offer variety of flavors, either using kilned malts or smoked malts, or using different types of cooperage to offer depth of flavor.”

From growing & harvesting barley on Rogue Farms to aging 5 years in hand-crafted oak barrels, a lot of hard work goes into our Oregon Single Malt Whiskey. It’s worth it. #roguespirits

Unfortunately at the present time there is not a separate category in the TTB’s Standards of Identity for an American Single Malt Whiskey, even though many distilleries and trade organizations are pushing for one.

“The class and type is a challenging issue, as the industry is pretty united in seeking establishment of a class and type to help consumers understand and to help us accurately and truthfully label our products,” says FEW Spirits Founder and Distiller Paul Hletko.

“The current classification is a bit loose, and I think that both drinkers and the trade would benefit from greater clarity in category. This is the goal of the American Single Malt Commission, a group that I helped found. I think the holdup is just in the way that D.C. works.”

Discover American Single Malt flavors with this themed Tasting Box. Turn yourself into a confident sipper and explore the contents of your Tasting Box with Flaviar-Exclusive guided tasting called Unboxing Flavors Why Are Distilleries Making This Stuff?

Rogue was one of the earlier American distilleries to start making American Single Malt Whiskey. According to Holshue: “For us, Malt Whiskey was a natural extension of us being a brewery. When we started in 2003, we were Oregon's first Rum distillery. Making Malt Whiskey, was another opportunity for us to show our range."

"We started by putting out very limited aged single malt Whiskey, but people still bought it and appreciated it for how young and brash it was. Since then we've pushed the envelope once again by increasing the age of the products. Our Dead Guy Whiskey (made from the same malts as our world famous Dead Guy Ale, minus the hops) is our flagship ASM aged for 2 years currently (looking to increase to 4-6 years old in the near future). "

"Our Oregon Single Malt is a Rogue Farms malt and hand smoked barley expression which is currently aged for 5 years. We've been able to be successful in this category due to the name brand recognition of our brewery, our commitment to being an independent company, and our continual innovation to whatever category we've decided to jump into.”

The crossover from beer was a similar factor for Boston Harbor Distillery, which made an American Single Malt Whiskey before anything else when they began distillation in 2015. According to distillery Founder and CEO Rhonda Kallman, “I built Boston Harbor Distillery on the assumption that American Malt Whiskey will be part of the future landscape for American Whiskey. In some ways, I have the benefit of hindsight."

“We were 'early' in the American Single Malt movement,” says Hletko. “I think we are just trying to add to the conversation about what "American Whiskey" is and can be. American Whiskey is not just Bourbon - and nor is American Single Malt a copy of Scotch. The Scots are, obviously, exceptionally good at making Single Malt Scotch, and we at FEW have no desire to copy what they do. But Malt Whiskey is a fantastic canvas for making great tasting, and different, products.”

I’m Still Nervous - Should I Give It A Try?

If you’re apprehensive about trying something new, just go for it says Hletko: "Don't be afraid! Try it, and see if you like it. Most American Single Malts don't taste like Scotch, so whether or not you like Scotch, you might like American Single Malt. There's a wide variety of taste and flavor, so give it a chance and find out for yourself. Try a leader in the category, like Westland, or FEW, or Virginia, or Stranahan's, or Westward. There's some great liquid out there to find!"

A post shared by Jeff Kanof | Copperworks (@seattlecocktail) on

Holshue reports that so far customers have received the concept of American Single Malt Whiskey very well. “We've recently changed our packaging, and increased our ages on all of our Whiskies. The response has been overwhelmingly supportive, and we've seen a huge uptick in sales."

Try a leader in the category, like a Westland, or FEW, or Virginia, or Stranahan’s, or Westword. There's some great liquid out there to find!

"One of the more challenging aspects of this is consumer perception that American Whiskey = Bourbon, of which I am happy to report is simply not the case."

"The Whiskeys that are in the ASM conversation (not just ours but all members of the American Single Malt Commission) are more akin to those produced of Scotland and Ireland, than those of Tennessee or Kentucky. Once you change their metric for understanding what they are drinking, they are more appreciative of the spirit- the key to inventing your own spirit category, is educating the consumer.”

As this category continues to grow, eventually you’re going to have to just dive in and give it a try.