This Is Not a Kentucky Bourbon. It's a Bourbon Born in the Hotbed of Prohibition. 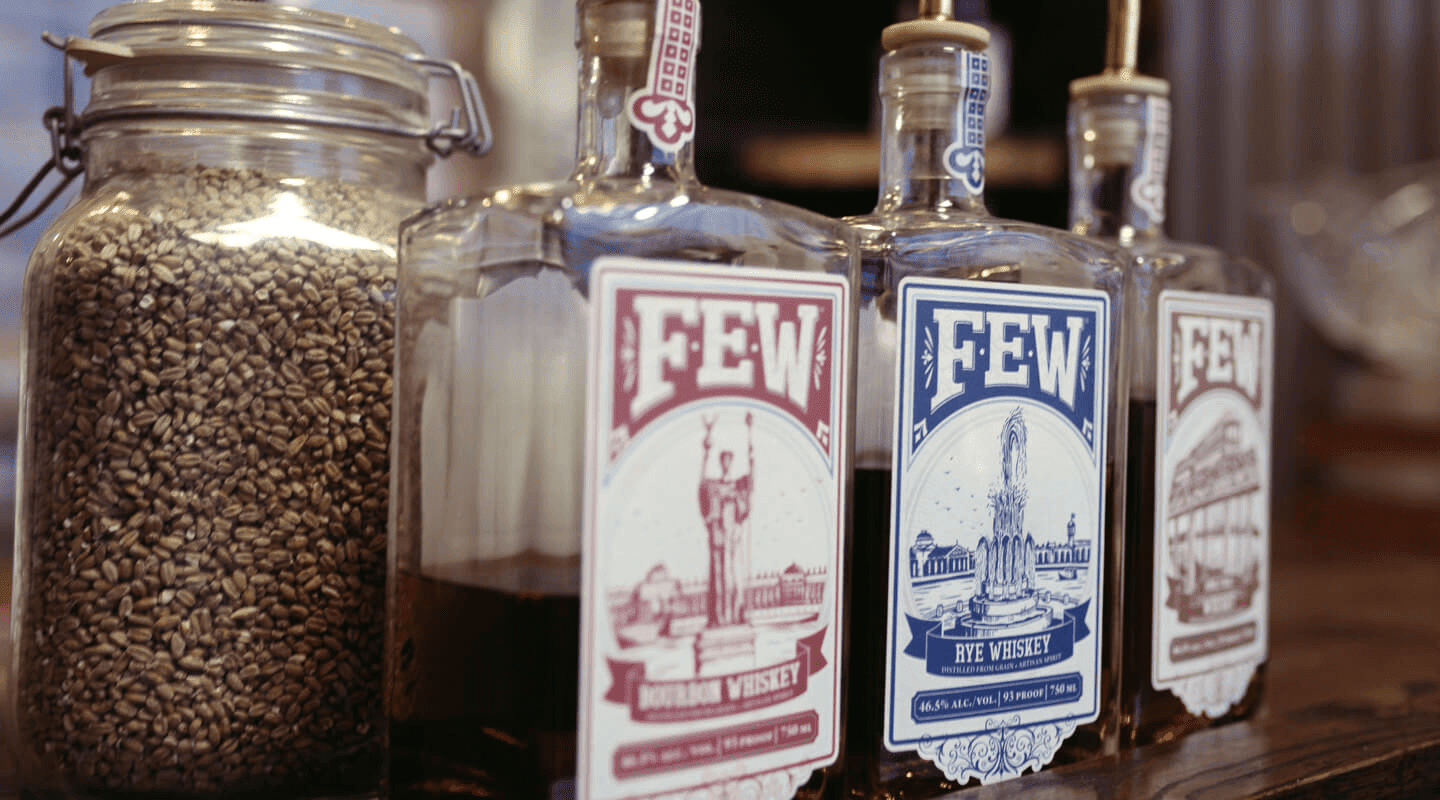 “We screwed something up…” That’s how Paul Hletko, founder and master distiller of Few Spirits, kicked off our conversation. Turns out, he had recently given a bunch of his barrels to a hot sauce producer who used them to flavor their product. “Then we got the barrels back and put Bourbon in the barrels and… it was just undrinkable garbage. It was like drinking hot sauce.”
New rule: never age your Bourbon in a hot sauce barrel.

But it’s that experimental spirit that has really put Few on the map—and that’s key, because you won’t find these guys along Kentucky’s famed Bourbon trail.

For that, you’ll have to take a trek out to Evanston, Illinois. That’s right—the birthplace of the Temperance Movement. It took Paul three years to overturn a slew of archaic Prohibition-era laws to finally open the distillery. And since then, the area has gone through a bit of a boozy renaissance.

“We have four new breweries, a cidery is coming in and a winery, so there are a lot of people who are following my footsteps. They had to do their own work, but we were the first alcohol ever made here, so it’s been easier for them. We’re all friends and we work together. It’s a small community and a great place to be for sure."

They had to do their own work, but we were the first alcohol ever made here, so it’s been easier for them. We’re all friends and we work together. It’s a small community and a great place to be for sure.

How a lawyer-turned-guitarist becomes a distiller

And like any Bourbon producer worth his dram, Paul got his start as a… patent lawyer. But even then, the itch to create, build and experiment ran strong.

“At one point, I stopped being a lawyer to be a professional guitar player, then I owned a record label. I did a whole bunch of things, trying to find something that was going to be rewarding. In 2016, Few actually did a collaboration with The Flaming Lips."

"In general, I think that any sort of improvisational music goes fantastic with spirits. Spirits are extremely social, for friends and family."

As it turns out, the art of crafting hooch is a family trade—his grandfather owned a brewery in the Czech Republic.

“I spent a lot of time making beer at home, because I like beverage alcohol. And after grandpa died, it struck me that if I didn’t do something to regain or recapture this family history, it would be gone forever. I wanted to do something about it, something that was positive, that was mine. And instead of being in the shadow of a major multinational brewery, I started doing this. It’s a lot more fun and a lot more rewarding."

"I wanted to do something about it, something that was positive, that was mine. And instead of being in the shadow of a major multinational brewery, I started doing this. It’s a lot more fun and a lot more rewarding."
"If my grandpa ever had a chance to see it, which unfortunately he didn’t, I’m pretty sure he’d be pretty happy. I gave up making beer quite a long time ago. I spend enough time making Whiskey now, plus my wife didn’t like the smell of hops around the house.” 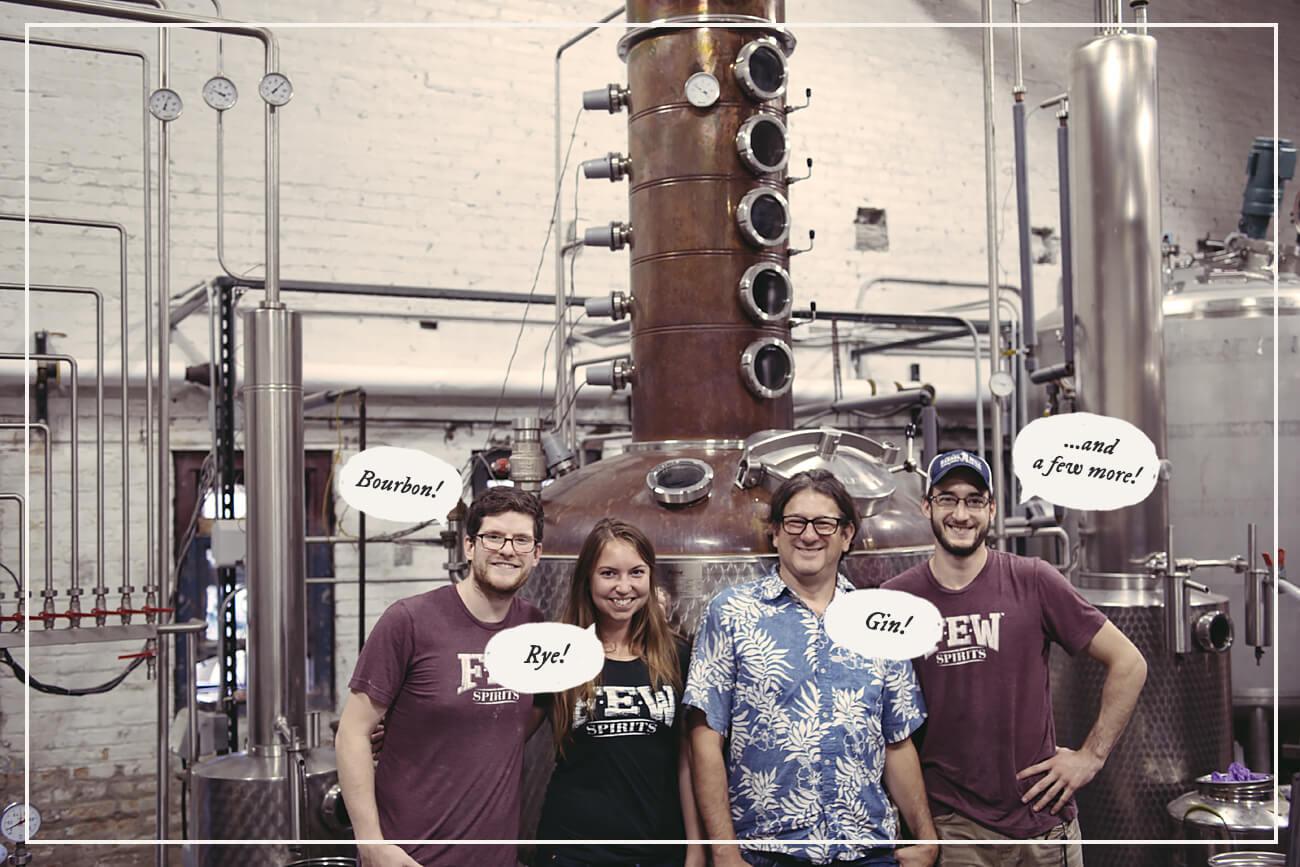 When it comes to the lore behind Few’s name, there are a couple of theories at work. Ever heard of Francis Elizabeth Willard?

“There are a lot of people who have noticed that the name is also the initials of the Francis Elizabeth Willard. She was a Prohibitionist who lived about a mile north from where our distillery is today. She was a wonderful woman, really ahead of her time and one of the starters of the fight for women’s rights—a suffragette. Prohibition is a little bit of a misguided idea, but her heart was in the right place.”

Kentucky is the undisputed king when it comes to Bourbon production, with 95% of the “America’s Native Spirit” being produced coming directly from that region.

"In fact, a fair amount of people are under the false assumption that a Whiskey can only be called a Bourbon if it’s produced in Kentucky. Not so. But to stand out amongst this crowded class, differentiation is key. We always say that we’re not a Kentucky Bourbon. If you like it, great. If you don’t, that’s okay—we’ll shake hands and be friends."

We always say that we’re not a Kentucky Bourbon. If you like it, great. If you don’t, that’s okay—we’ll shake hands and be friends.
"Some people are surprised to hear that Bourbon can be made outside of Kentucky, but they accept it. I think the biggest difference in our Bourbon is the spice—the cinnamon and clove are predominant. I think this sets us aside from some of the great Bourbons made in Kentucky."

"You know, the biggest problem about making Bourbon is that the big boys do it really well, so you have to make sure to stay different." 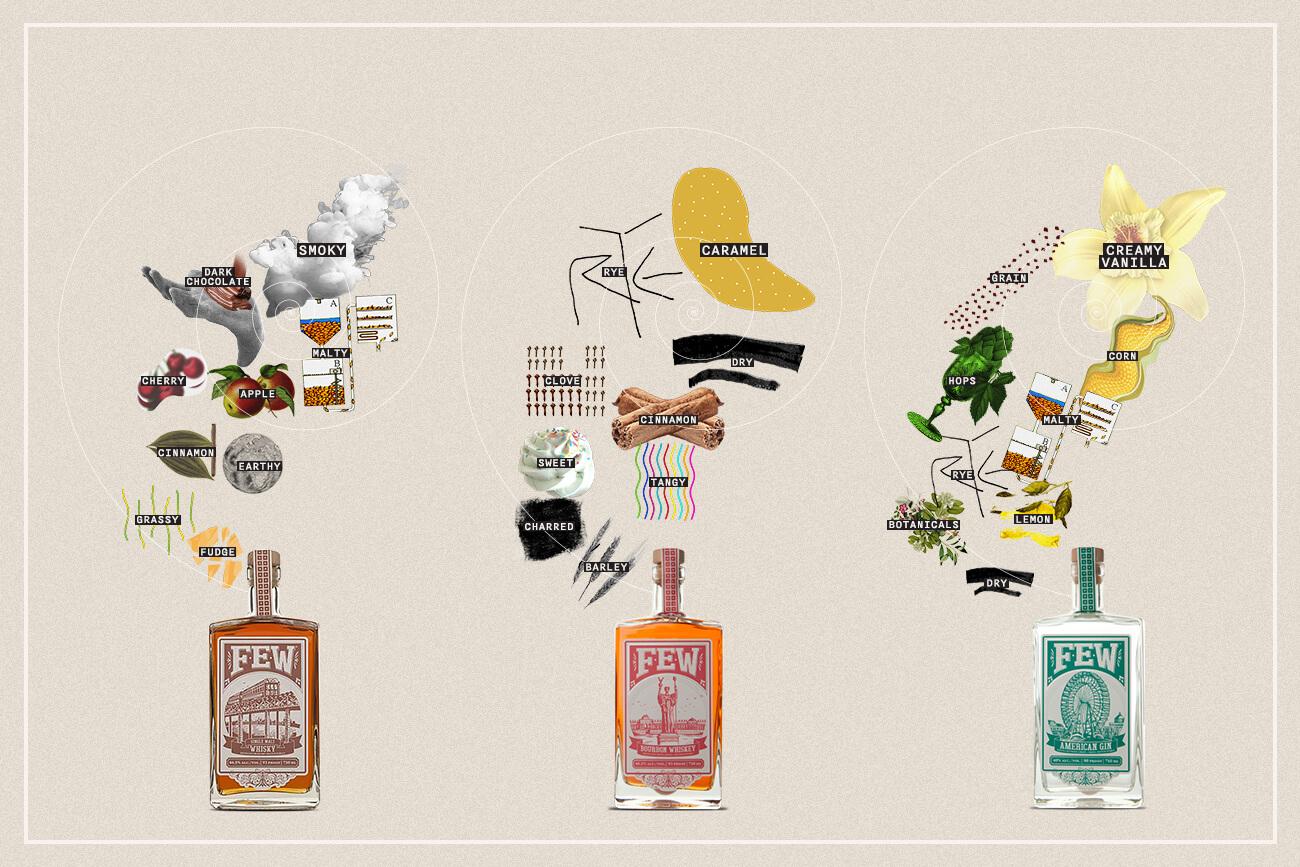 All of that starts with top-notch ingredients. And at Few, that means grain-to-glass production, with most ingredients grown less than 100 miles from the distillery.

“We’re not farmers, but our stuff comes from as close to home as we can get it. One of the Few ingredients we use is the cascade hops used in our Gin. They’re grown about three feet from our front door. It doesn’t get much more local than that.”

Their Bourbon is another prime example of this philosophy, using three-grains (corn, a northern rye and malt) and a small-batch process in charred oak barrels for aging.

They’ve even got a shiny gold medal from the Beverage Tasting Institute to vouch for it. Nice job, guys.

No doubt about it—the craft spirits industry is booming in the United States (and globally).

And the crew at Few has taken note:

Certainly the market is switching to our favor, as people want to have engagement with the people who produce the products that they eat and drink. 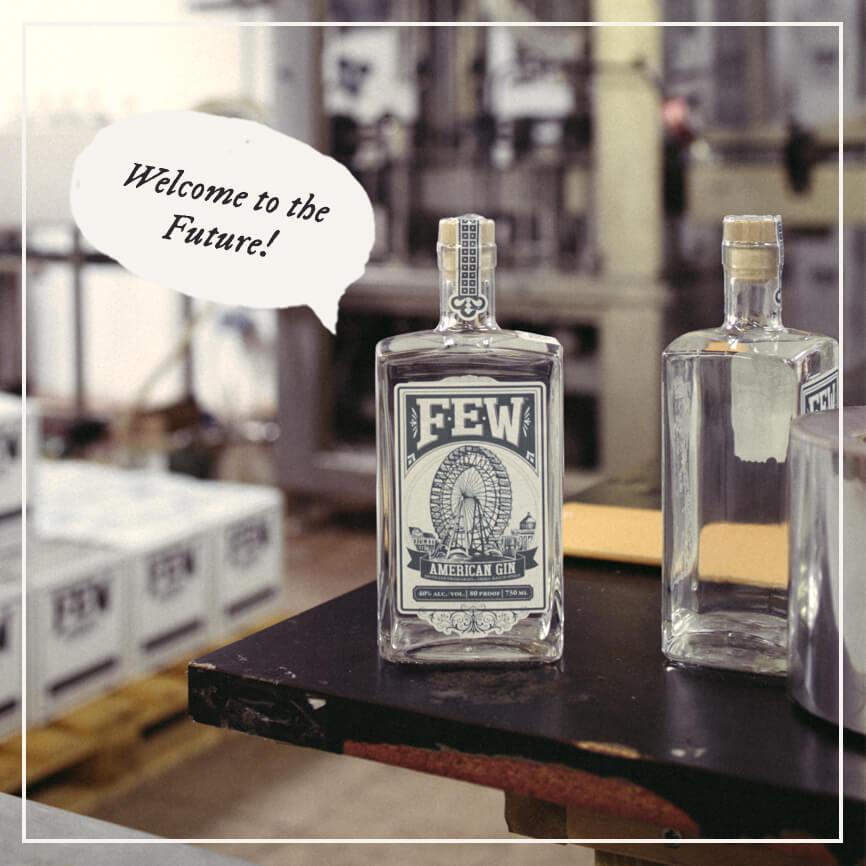 "Farm to table restaurants, craft beers… people are looking for a relationship with the brand and the products that they buy, particularly the brand they consume. Small brands offer the ability to have that relationship in a way that is very challenging for many.”

And Few is capturing that spirit and pushing for growth, opening up second and third shifts and getting their feet wet with… Gin.

“We make Gin for people who don’t like Gin. There’s not an awful lot of competition doing that, so we’ve decided to go for it.”

Looking for a way to enjoy Few’s Bourbon?

Here’s a few thoughts on pairings from Paul:

"I like Bourbon with desserts, something rich and creamy, like custard. At the same time, it goes great with a main course, like a steak or chop. Something big and flavorful, that’ll stand up against a pretty big and flavorful Bourbon.”