If your sole goal is a direct route to being drunk, move on from this article and perhaps even indulge in a little self-reflection. But if you're looking for suggestions on how to get the most flavor indulgence from that fine bottle of Rum you've purchased, you're in the right place (if you don't have a bottle of Rum, you've come to the right place as well).

The best serves are the ones that allow the Spirit to be featured for the best effect. So, by this very token, we may as well be thinking about Spirits with character. Light, dull, boring Spirits have no place here.

Without further ado, here are some classic ways to drink Rum.

In my experience, a well-made cocktail is a thing of joy and it’s all about balance. Recently I spent a few hours in one of my favorite bars. During this time I sipped a few Daiquiri’s made with Trois Rivières Blanc Rhum – it’s an unaged Agricole Rhum from Martinique and it’s pretty vibrant, very fruity and full-flavored – oh and presented at 50% ABV.

The holy trinity of Rum (rhum), lime, and sugar, shaken with ice just enough to get the right mix of chill, mix and dilution is, in theory, a simple thing, but I was reminded that in the hands of a skilled bartender-the result is always greater than the sum of its parts. It was delicious. And so were the next three afterward… There is all manner of cocktail styles that work for us. Tiki is a particular favorite – generally served long, a balanced blend of Rum, fruit juices, and imaginative syrups; a dram that doesn’t necessarily taste particularly alcoholic - but has a habit of creeping up on the unwary.

A well-made cocktail is a thing of joy and it’s all about balance.

Tiki cocktails also tend to blend different styles of Rums, the only cocktail category to do such a thing. But the Rum category does very well when it comes to the classics, like a Manhattan. Swap out your Bourbon and replace it with a fab-aged Jamaican Rum, or an aged Agricole Rhum from Martinique. Believe us when we say these ‘booze lead’ offerings have to be respected, but they are oh-so-delicious as well!

Here are six classic Rum cocktail recipes you can enjoy at home.

Enjoying a Rum doesn’t have to be exclusively in a cocktail. Simple drinks such as Rum and cola can be pretty good, but we don’t bother with Cuba Libres and see our measure of Rum drowned out in a tall glass full of ice, lime, and cola.

Nope, I’ll take a nice aged Jamaican (Appleton Signature Blend, for example), or Bajan Rum (maybe Mount Gay Eclipse) and (depending on my mood) serve it in a ratio of either 2 or 3 parts cola to 1 part Rum. Hold the ice and lime, please! 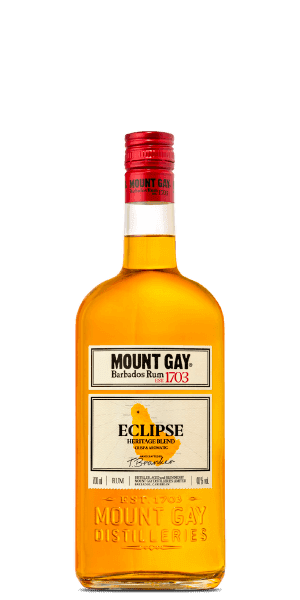 I know people can be sniffy about the good old Rum and coke, but do it right, and you’ll still be tasting the Rum!
Simple drinks such as a Rum and cola can be pretty good as well.

Another popular mixer for Rum is (of course) ginger beer, but despite its popularity, you might find it to be too overpowering, so go for the ginger ale instead.

That reminds me of a particular signature serve called the Black Storm: a double measure of Mount Gay Black Barrel in a tall glass over cubed ice, topped with ginger ale, and served with a slice of orange. Delicious, simple, and very ‘moreish.’

Rum and apple juice work super well together for those who need a healthier option. But how about Rum and tonic? Ever tried it? Take a moment and make it yourself - just the way you’d make a Gin and tonic. You may use a lighter or unaged Rum. Coconut water has its advocates for sure and is worth exploring. Before we hit the ultimate drink, let us just remind you that if the Rum you’re drinking is so bad that the only way you can consume it is by mixing it, then you’re doing it wrong. Always work with something you’d be happy to sip neat. That way, you’ll want to make sure the Spirit shines through.

Always work with something you’d be happy to sip neat. That way, you’ll want to make sure the Spirit shines through.

Producers who take their time to craft a well-distilled, appropriately matured Rum will be super proud of that Spirit, and enjoying it ‘straight up’ is the only way you and your Rum maker of choice are going to be sharing a moment.

Add some ice or a splash of water if you want – the sipping experience is a little easier in both cases, but the pleasure that comes from it is second to none.

How to drink white Rum?

The best way to live your best white Rum life? Toss it into a blender for an icy Daiquiri or Piña Colada, stir it up into a Mojito, or just take a quality bottle and sip it neat — tiny umbrella garnish optional. How to drink dark Rum?

Dark Rum is best savored on its own, sip it neat or on the rocks, although it also works well in some cocktails. If we could recommend only one Dark Rum, it would be … Nah, you'll just have to try them yourself. How to drink spiced Rum?

“With a Coke, kids. That’s how you drink it,” Uncle Flaviar replies. You certainly can’t go wrong by upgrading your coke with some spiced Rum, but there is more to it. Spiced Rum is a versatile Spirit. It will work in many drinks, hot or cold, but it will also give your tiramisu, apple pie, and other desserts that call for a splash of Rum a real kick. Yummy!

Similar topic but different taste: Learn more about ways of drinking spiced Rum! If you are interested in drinking Rum like a boss but want to keep it budget-friendly: Discover our selection of best Rums under $50!

Summer is here, which means you’ll have plenty of time to try new Rums. Find a cozy spot and treat yourself. Visit our store, browse the Rum selection, and promise us you’ll grab something fantastic.

Read more about:
Published May 20th 2021
By Team Flaviar