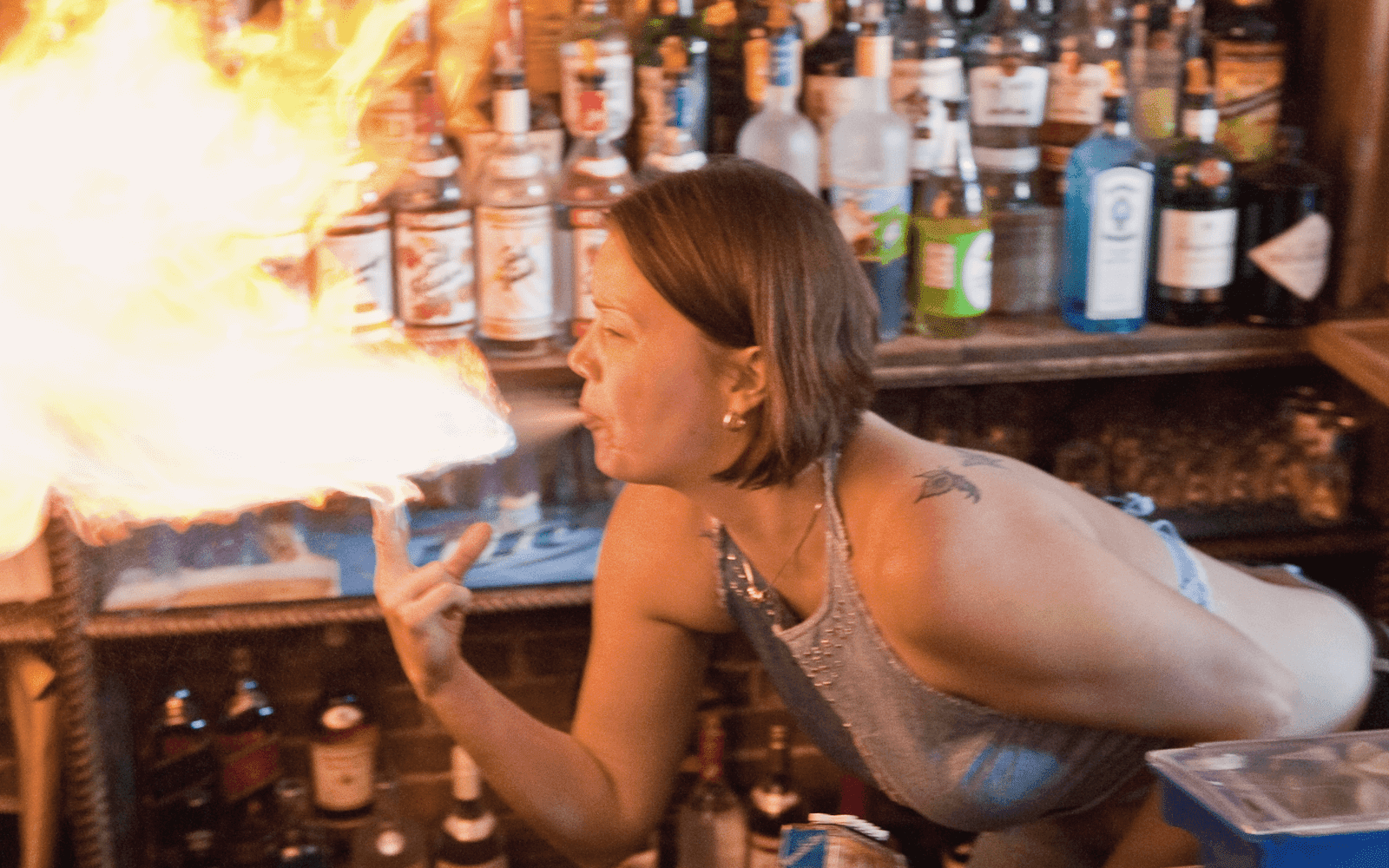 Can’t grow a moustache? The list of strongest Liquors below should be of some help. If you’re a woman, consuming these Spirits may result in hair growth in some other… Wait, no, you’ll definitely grow some moustache too, so beware! Sorry, ladies.

There are 2 main ways of measuring the alcohol content of beverages: In the US, the alcohol content is measured in alcohol proof which is twice the percentage of alcohol by volume (ABV), used in Europe. Therefore, 150-proof Rum has 75% ABV. Simple math, right?

In recent years, Alcohol-high Spirits have moved past dorm rooms and frat houses onto the mainstream market, as consumers have become hungry for new things to taste.

By the way, for true Spirit lovers, Flaviar offers Whisk(e)y-themed subscription boxes with hard-to-find brands. And as we have said countless times before... Tasting is believing!

184 proof (92% ABV)
It is a well-known fact, that some higher-proof alcohols, especially Whiskies, can, in fact, be more flavorful at a higher alcohol percentage because they’re not cut with water to a more standard 40% ABV. These are called cask strength Whiskies and can have anywhere from 50-75% ABV, but Bruichladdich eats these guys for breakfast!

This heavyweight champion comes from the Bruichladdich distillery on the Isle of Islay, home of many great distilleries. Makers of this Scotch have decided to revive the ancient method of quadruple-distilling that was used in the 17th century. Bruichladdich X4 has an alcohol content of 92%, making it the world’s strongest Whisk(e)y.

We dare you to hold it in your mouth for 20 seconds!
Looking for a perfect gift for a Scotch lover?
Check out Flaviar's fine selection of Best Scotch under $100, take them on a Whisky exploration journey from the comfort of their home or gift them a whole year of fun with Flaviar membership. 180 proof (90% ABV)
This Rum has everything: history, style, power. It is a clear Rum, distilled from the fermented sugarcane juice, using a method known as the pot distillation (very slow distillation that gives maximum flavor). 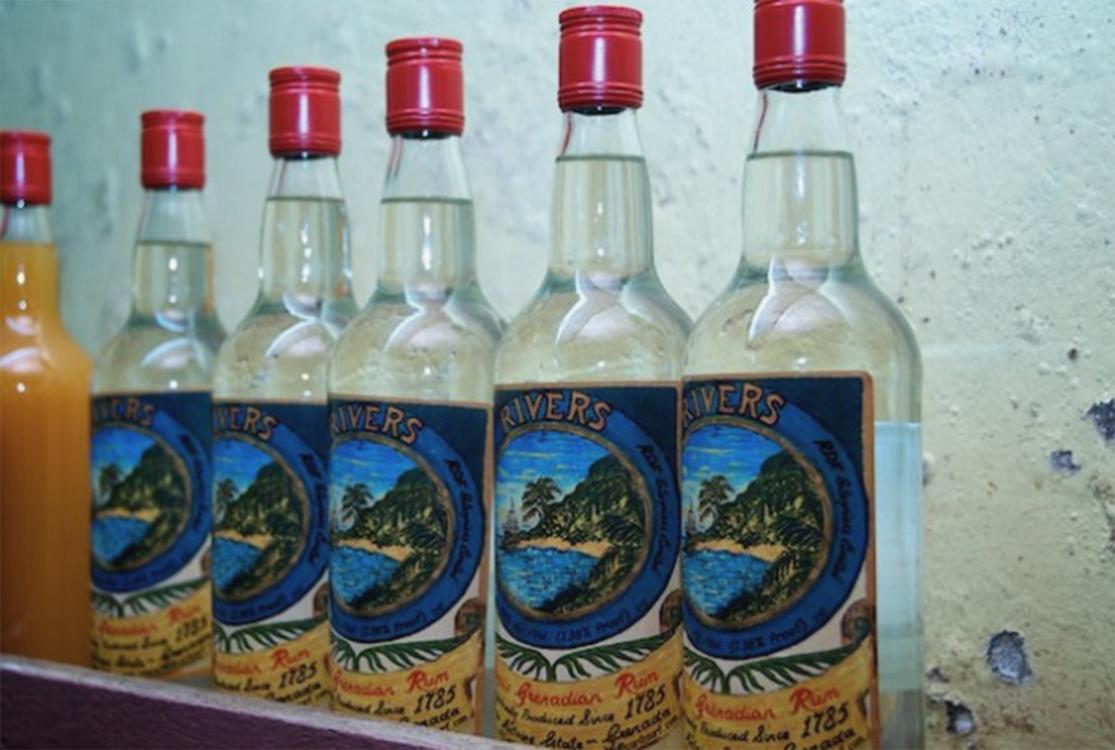 Rivers Rum is a true blast from the past, as the Grenadian distillery has more than
250 years of history, yet still remaining true to their beginnings–the Rum is still handmade, in the same place and in the same way, using much of the same equipment, as it was back in the 18th century.

Drinking it neat might give you some kudos with the locals.

106 proof (53% ABV)
Every Cognac lover knows about Louis Royer, but not necessarily about their Force 53–we call it Cognac on steroids! Louis Royer set up their first stills in 1853, making this Cognac either a coincidence or, more likely, an homage. It is a VSOP Cognac, aged for a minimum of 4 years in Limousin oak. 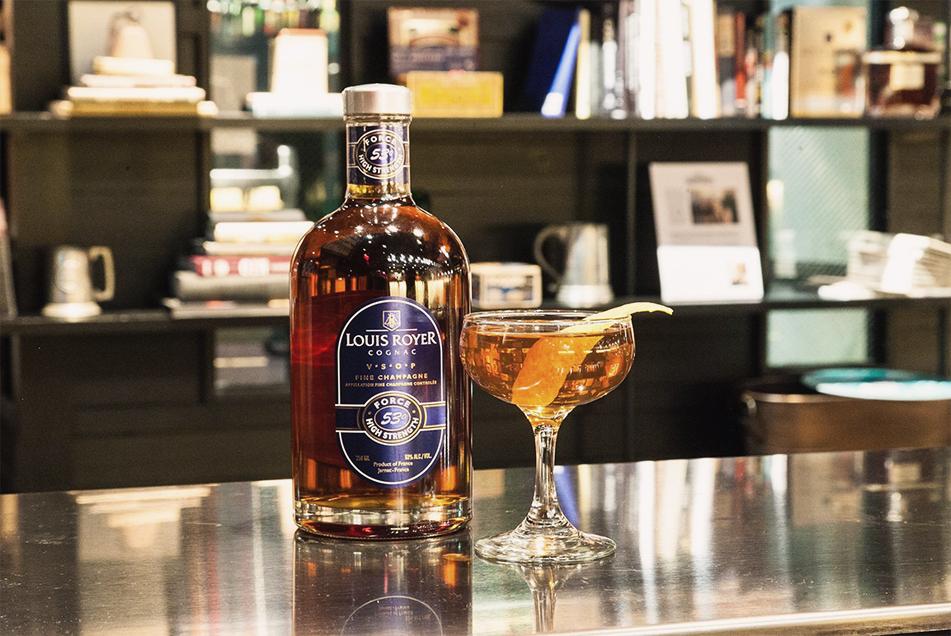 Due to its high alcohol content, it’s usually not consumed neat and if you are a craft cocktail junkie like we are, then you know that finding a Cognac with the horsepower to stand up to mixers can be a challenge, making Force 53 a perfect cocktail companion.

This is one of the boldest Cognacs on the market and the closest to the cask-strength Cognac you can get.

143.4 proof (67.20% ABV)
Bourbon must be entered into a barrel for aging at no more than 62.5% ABV and is then “watered-down” to 40% ABV (or more) before bottling–much like every other Whiskey. But not this one, oh no!
This Bourbon comes from a Kentucky distillery, built by George T. Stagg in the Gilded Age of Bourbon (19th century). Buffalo Trace Stagg Jr. is uncut, unfiltered and aged for nearly a decade! It has also won so many medals that it would not be fair to other Spirits in this article to list them all.

150 proof (75% ABV)
Sierra Tequila Silver is a well-matured, clear Tequila that is full of character.
And you know what else is it full of? Alcohol. Regularly, Tequila is bottled at 35 to 55% ABV, but this one just went ahead and crowned itself as the strongest Tequila available for sale, containing 75% ABV.

This shouldn’t come as a surprise, but drinking huge amounts of this Spirit is likely te-quil-a.

152 proof (76% ABV)
Strane London Dry Gin is bottled in very limited quantities at Smögen distillery in Sweden. Their Gins are created by distilling 3 differently balanced base Gins (junipery, citrusy and herbal) then blended into their various expressions.

This Uncut Strength Gin is made with the same botanicals as their classic strength Gin, including basil, mint, sage, lime rind, lemon flesh and many more.

A very cool side effect of this Gin is time travel, as drinking it might take you back to the 18th century when Gin was sipped fresh out of a still at around 80% ABV. While this is probably not your everyday Gin, it surely accounts for a remarkable tasting experience!

You would have thought that the world’s strongest Vodka would come from its birthplace, Russia, yet it comes from Glasgow, Scotland. This botanical Vodka, with quite a heavy price tag, is intended to be used as a concentrate, as you can get 65 shots from a bottle, compared to the usual 26.

A post shared by The Rose Villa Tavern, B’ham (@rosevillatavern) on

Did that carefully placed word “botanical” throw you off track and persuade you that this Vodka is healthy? Well, it contains wild elderflower and milk thistle, which are used as a liver support in Chinese medicine, so it might as well be better than drinking the regular stuff. Due to the astronomically-high alcohol content, your liver might just need some support.

Absinthe, also known as a green fairy, was banned in most of Europe and America during the prohibition period. This highly concentrated Absinthe is created with the traditional wormwood bark or Artemisia Absenthium, from where the Spirit got its name and which is believed to have hallucinating effects on the drinker. Hapsburg Premium Reserve Absinthe is marketed under the slogan “There are no rules.”

Even if you want to be like the famous Absinthe drinker, Van Gogh, we recommend consuming this Spirit in the traditional way, with sugar and well diluted with water. If you don’t meet a green fairy while drinking this, you probably never will.

9. The strongest Spirit in the world 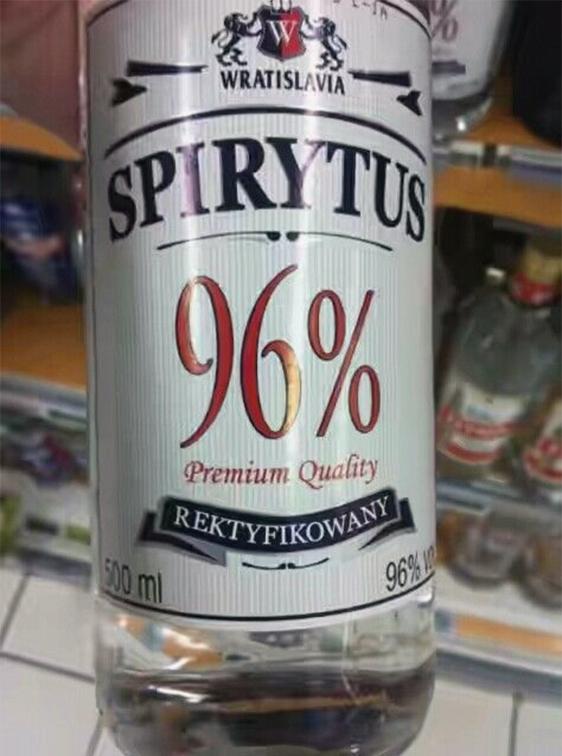 This Spirit is made of raw materials grown and processed exclusively in Poland, where it is used in preparing fruit and herbal liqueurs, Vodkas and desserts. Currently, this is the most alcoholic beverage in the world and a few years ago selling this Spirit was approved in the state of New York.

Just a glance at the label makes us somewhat tipsy, so we primarily like to use it for polishing (pun very well intended) other Spirits’ bottles. Apparently, pilots in Siberia used to drink this stuff, so who are we to tell you what to do with it.

10. The strongest from the USA

This notorious grain Spirit has earned its reputation from college campuses around the world. Jungle Juice-drinkers across the US have woken up with many a hangover from this boozy beast.

A post shared by County Line Package (@countylinepackage) on

This is one fiery Spirit, but don’t let its juvenile frat party reputation fool you, bartenders and intrepid mixologists alike have tempered its proof, using its versatile nature to craft not cocktails, liqueurs, and bespoke homemade infusions and Moonshines.

This high-octane Spirit comes in several proofs and sizes, so if you think Everclear 190 proof is too hot to handle, you can start yourself off with their 151 proof. On the other hand, if you're feeling extra bold, Everclear has a 1.75L bottle of 190 proof Spirit.