How to Measure Alcohol Content (ABV) Accurately? Unfortunately, Drinking Is Not The Way to Go... 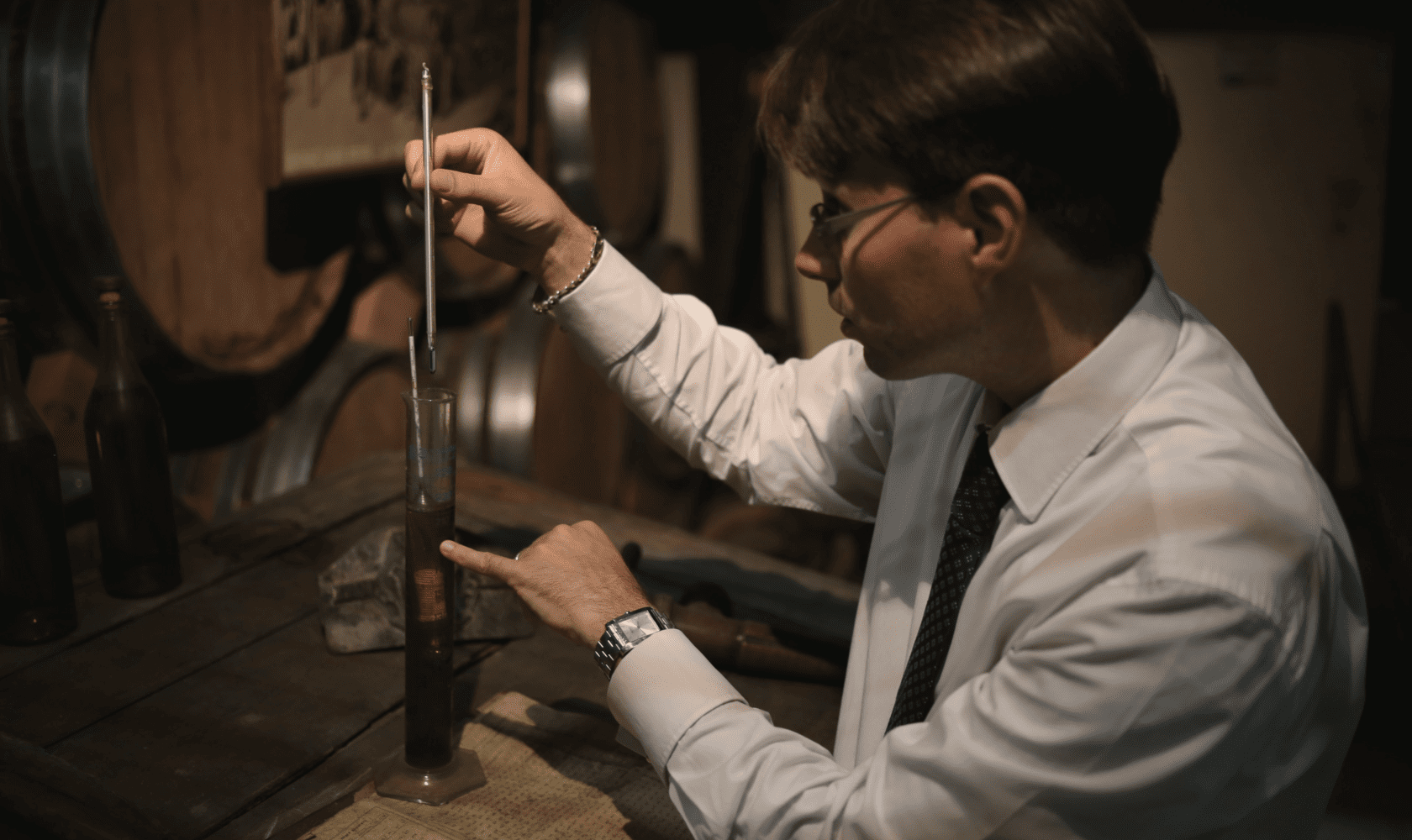 Some like to measure the alcohol content of Spirits by sticking their tongues into the liquid. No matter how attractive this idea might be, that’s not how professionals do it. When Uncle Flaviar took a stroll through the Cognac region, he got to experience the traditional method of measuring alcohol on some fine Cognacs.

A Look Back In The History Of Measuring Alcohol

Back in the day, Spirits were taxed at different rates, depending on how much alcohol they had. A pellet of gunpowder was soaked in the liquid and could the pellet still be ignited afterward, the Spirit would be rated as above proof and thus taxed at a higher rate.

Gunpowder would not burn in Rum (Spirit of choice back then) with less than 57.17% of alcohol by volume.

The gunpowder test was officially replaced by a specific gravity test in 1816. 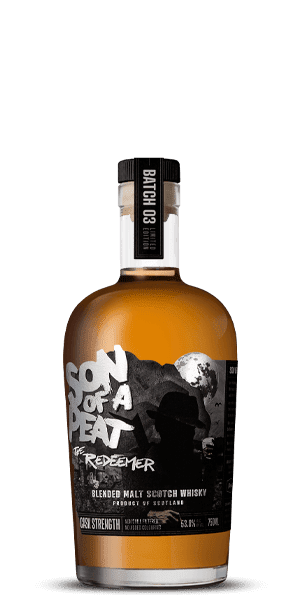 Nowadays, some experts still like to use fairly traditional manual methods of measuring alcohol content, which is usually done with two similar-looking but very different glass contraptions: alcoholmeter and hydrometer.

While traveling through the Cognac region, our good friend Thibault Mauxion from Louis Royer was kind enough to demonstrate the measuring of alcohol content with the aforementioned traditional method.

The amount of alcohol in a pure base Spirit (distilled Spirit) is measured with the alcoholmeter. As soon as any sugar or other soluble substances are added to the Spirit, the readings will be off. This is where its cousin, the hydrometer, comes into play.

First, the liquid is poured into a tall container, often a graduated cylinder, and then the alcoholmeter/hydrometer is gently lowered into the liquid until it floats freely.

Alcoholmeter is used to determine the volume of alcohol or proof. It is calibrated to the density of pure ethanol and is only to be used on pure, distilled Spirits.

Hydrometer, on the other hand, is calibrated to the density of water and is used during the pre-fermentation and post-fermentation phases. Hydrometers are used to determine the potential alcohol content. 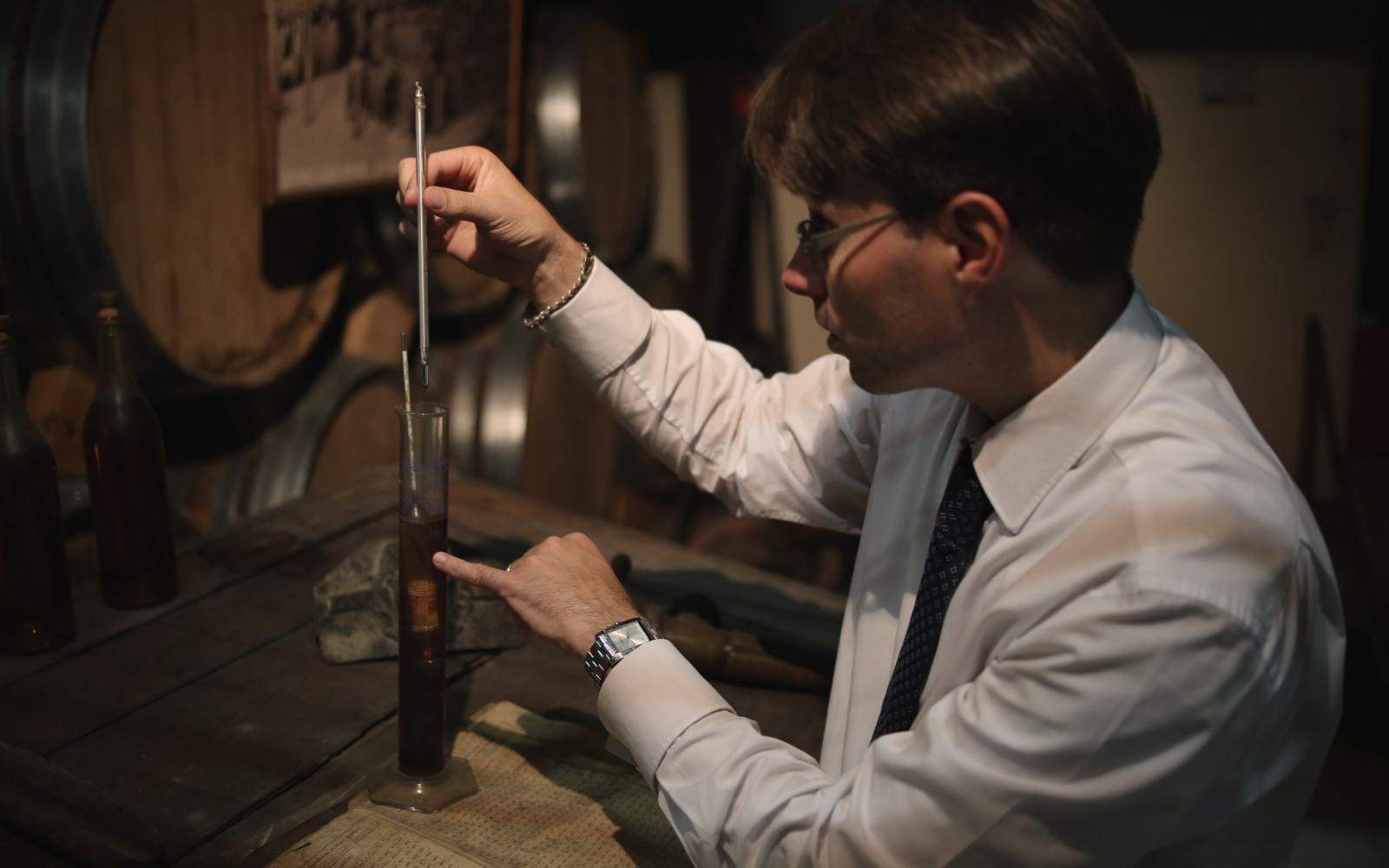 Tips, tricks, and things to look out for in the process

Alcohol readings also vary depending on the temperature of the Spirit. The temperature that the instrument is calibrated to is usually listed on its side (20°C in most cases). Should the Spirit still be warm when measuring its content, it will be “lighter” than at standard temperature, thus the meter will sink lower, making you think that it has more alcohol than it actually does. 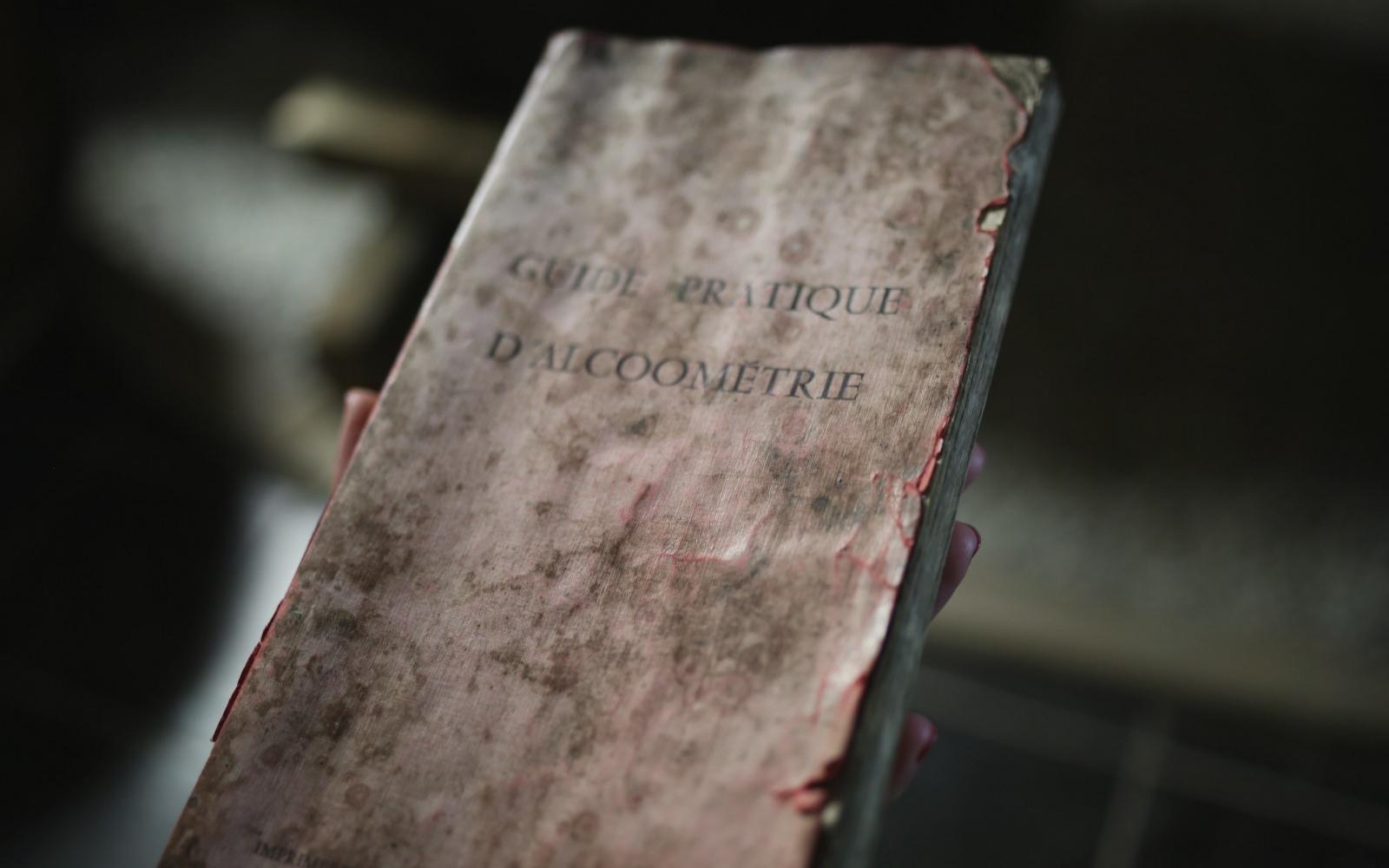 Adding more sugar will also make the liquid thicker, thus the meter will be harder to sink. When fermentation occurs, the sugar is converted into alcohol, the liquid becomes thinner, and the meter sinks deeper.

Today, many distilleries threw away their analog devices and replaced them with state-of-the-art digital alcohol meters, which are quicker and easier to use.

Operation of devices is easy, results are displayed in seconds and there’s no need to temperature-correct them. While they might be handy, we’re still asking ourselves where’s the fun in that?