Rums of the Rich and Famous: The world of Celebrity Rum Brands 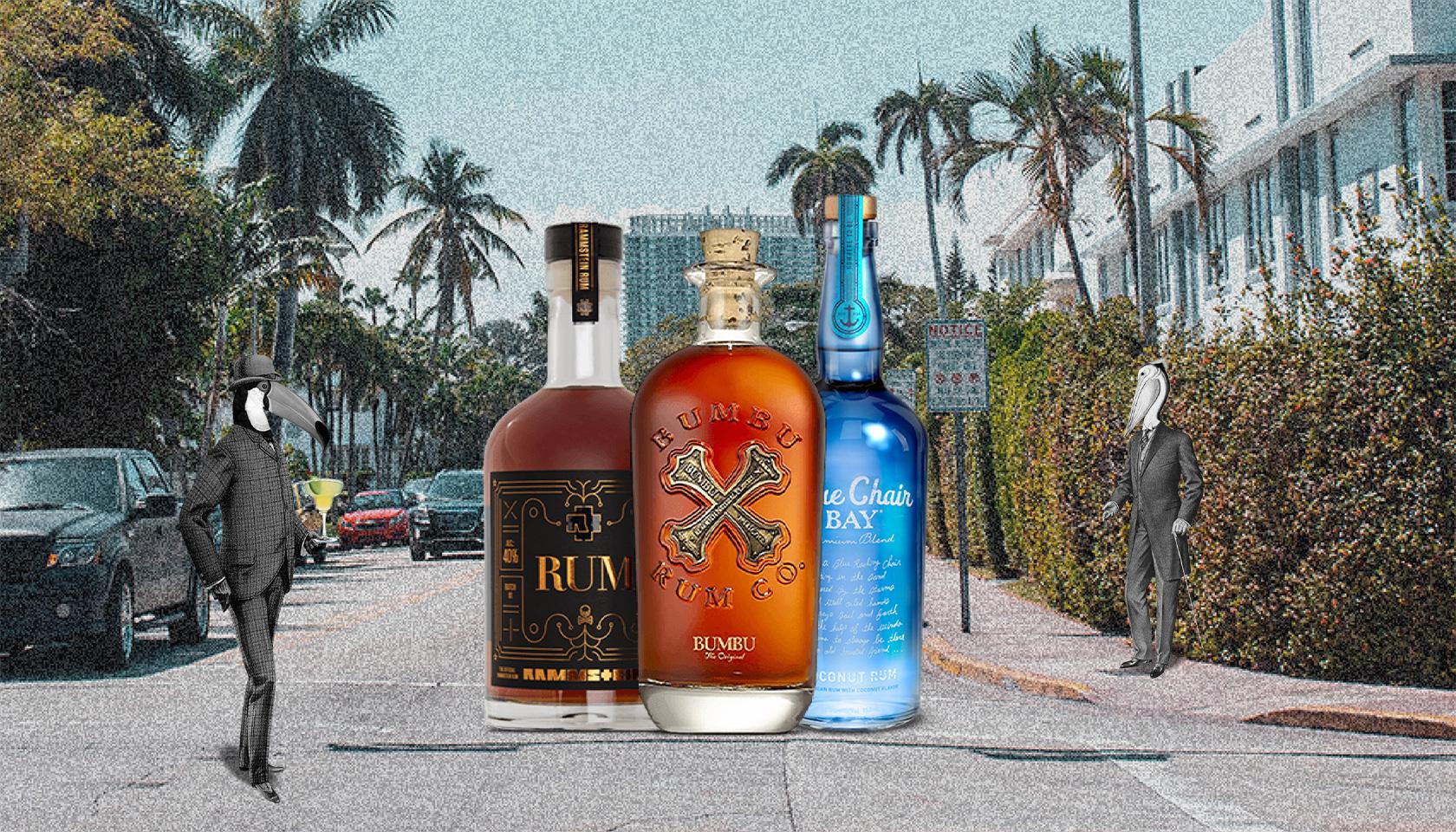 Celebrity endorsements, love them or hate them, are a considerable part of the marketing industry trying to sell us everything from cars to watches to the food and drinks we consume. In the past decade, the Spirits industry has seen a rise in celebrities endorsing, investing in, or in rare cases, helping develop a Spirit brand.

Some of these brands have turned into success stories, such as Ryan Reynolds’s Aviation Gin, while others have been absolute disasters, as the celebrities involved went bankrupt, released mediocre products, or in at least one case, were incarcerated.

While the Rum industry has seen its share of celebrities, none have been more successful than those with ties to the music industry. Here are five Rum brands and their celebrity backers currently dominating the Spirits industry.

From Jamaica with love

Chris Blackwell founded Island Records in 1959 and introduced the world to Jamaican music. After a brief stint as a production assistant and location scout for the movie Dr. No, Blackwell chose to focus solely on the music industry. (The influence of Ian Fleming would be a reoccurring theme in Blackwell’s legacy.)

Over the next three decades, his industry influence as a producer and promoter grew. In the 1970s, his vision and relationship with Bob Marley helped the reggae singer become a global music star.

At the end of the 1980s, Blackwell sold his controlling interest in Island Records and slowly divested himself of his other labels, selling them primarily to Polygram, a division of the Universal Music Group. In 2001, he was inducted into the Rock and Roll Hall of Fame. Far from finished, Chris Blackwell invested in and developed several resort properties in Jamaica, the Bahamas, and Florida, among them the former home of author Ian Fleming, which is now the Goldeneye resort in Jamaica. In 2009, Blackwell reunited with his family’s legacy and became one of the first celebrities to launch their own Rum brand, Blackwell Black Gold.

The Blackwell family had previously been one of the owners of J. Wray and Nephew, so it seemed natural for him to work with the master blenders of that company to develop his Rum.  Using sugar cane grown on the island, the distillery uses a blend of pot and column still Rums and matures them in used American white oak Bourbon barrels to create their unique Rum.

In 2020, to commemorate the release of the movie No Time to Die, Blackwell dropped a special limited edition 007 Blackwell Rum, bringing the brands together in one of the best Spirit brand/movie crossovers in recent memory.

In 2010, rocker Sammy Hagar had a faithful meeting with distiller Mark Nigbur of Haliimaile distillery and created his famous Beach Bar Rum. Sammy had a history of developing restaurants, and his Rum brand was the first but far from the last venture of creating and promoting Spirits. (His Cabo Wabo Tequila and line of restaurants is the stuff of legend, but that is a story for another time)

Using Turbinado sugar made from the fields surrounding the distillery, the Rum was created using a column still and sold mainly in the Hawaii market.

Unfortunately, with the collapse of Hawaii’s sugar cane industry, the production of Rum was suspended, and its future looked bleak. Then, in 2020, Sammy Hagar and Rick Springfield partnered up and relaunched the Rum brand. It is now made in Puerto Rico at the world-renowned Destilera Serrallés in Ponce, best known for producing the Don Q Rum line. They produce their Rums using molasses and make them with column stills.

With the move to Puerto Rico, the Beach Bar line expanded beyond the core white Rum and now includes a Kola Spiced Rum and Red Head Macadamia Nut Rum.

Capturing the Island Vibe in a bottle.

Country music artist Kenny Chesney, wanting to capture the island vibe that embodied his music, set out to create a unique line of Rums. On the island of Barbados, his company revived the seaside West Indies Rum Distillery (known at the time for making Cockspur Rum and Malibu), which had been around for over a century.

In 2013, he introduced the Blue Chair Bay Rum line to the world. Initially, he started with a white Rum, a Coconut Rum, and a Coconut Spiced Rum; it has since expanded and now includes five different Rums and five Rum creams. The Blue Chair Bay line has become synonymous with Chesney’s music and, by extension, integrated as a key element of his tours. Some venues even feature cocktails directly tied to his songs during the concert experience!

The Rum you can dance to!

In 2014, we found a new Rum entering the market. SelvaRey (Selva meaning Jungle, Rey meaning King) was originally founded by brothers Marc and Seth Gold and their friend Robert Herzig. After a long search, they found a distillery in Panama that met their needs and could produce Rums that achieved the flavor profiles they wanted. Singer Bruno Mars showed interest in the brand during its early development and became one of the company’s key investors. Originally, they launched a white and Chocolate Rum with limited success.

By 2020, Bruno Mars became the "creative visionary" and spokesperson of the company, redesigned the bottles, and relaunched the brand with his total PR influence behind it. The second time was a charm, and now the brand is so successful he has added a Coconut and Owner’s Reserve bottling to the brand lineup.

An OG for a new brand

Bumbu Rum (from Sovereign Brands) entered the market in 2016 and quickly became a favorite among consumers due to its combination of tropical fruit and spice flavors. It’s made at the West Indies Rum Distillery, and with its unique bottle design, it’s always easy to spot. Since the original release, they have added two new expressions: the XO Rum blend produced in Panama and the Rum Cream from Barbados. In 2017, the brand hired rapper Lil Wayne as a spokesperson, and in 2020, it released a special "Funeral" edition bottle of the XO Rum to commemorate his 13th album of the same name.

He has also appeared in several Bumbu videos, which have been well-liked by his fans and fans of the brand.

The German Industrial Metal septet, known for sick riffs and setting half the stage on fire, aren't exactly neophytes when it comes to fine Spirits. Their range includes Gin, Tequila, Vodka, Beer, Wine, Whiskey - and Rum. They teamed up with a Danish bottler 1423 to create an explosive blend of pot still Rums from Jamaica and Guyana and a column still Rum from Trinidad. The concoction was matured up to twelve years in ex-Bourbon barrels and is everything Rammstein aren't: soft, subtle, and fruity. It is, however, also appropriately smoky, fiery, and leathery. We're just not sure why they didn't call it Rummstein.

Rums to Drive you Wild!

The newest celebrity Rum brand is by the band KISS, who partnered with the Swedish company Brands for Fans to help them create their Spirits portfolios. Over the years, KISS have been pioneers in expanding their merchandising beyond music, having released action figures, comic books, a movie, and even a video game!

KISS’s "Drink it Up" line of Rum and Gin was released in Australia, Europe, and Japan in 2020 and the United States in 2021. The series of three Rums comprises Black Diamond Rum, Detroit Rock Rum, and Monstrum. Each release is a unique blend, tailored to go with KISS's prolific discography and hit the spectrum of price points to make any fan happy. From Chris Blackwell to KISS, the range of celebrities tied to Rum has created a unique niche in the Spirits industry. The Spirit a celebrity chooses to partner with or work for says a lot about them, and it is fascinating to learn how strongly the world of music has connected with the Rum industry.

It will be interesting to see what the next big celebrity Rum brand will be and if it is an endorsement or a full partnership. What is your favorite celebrity-owned brand? Comment below and let the Flaviar community know!