Cane to Glass - This Is How Rum Is Made 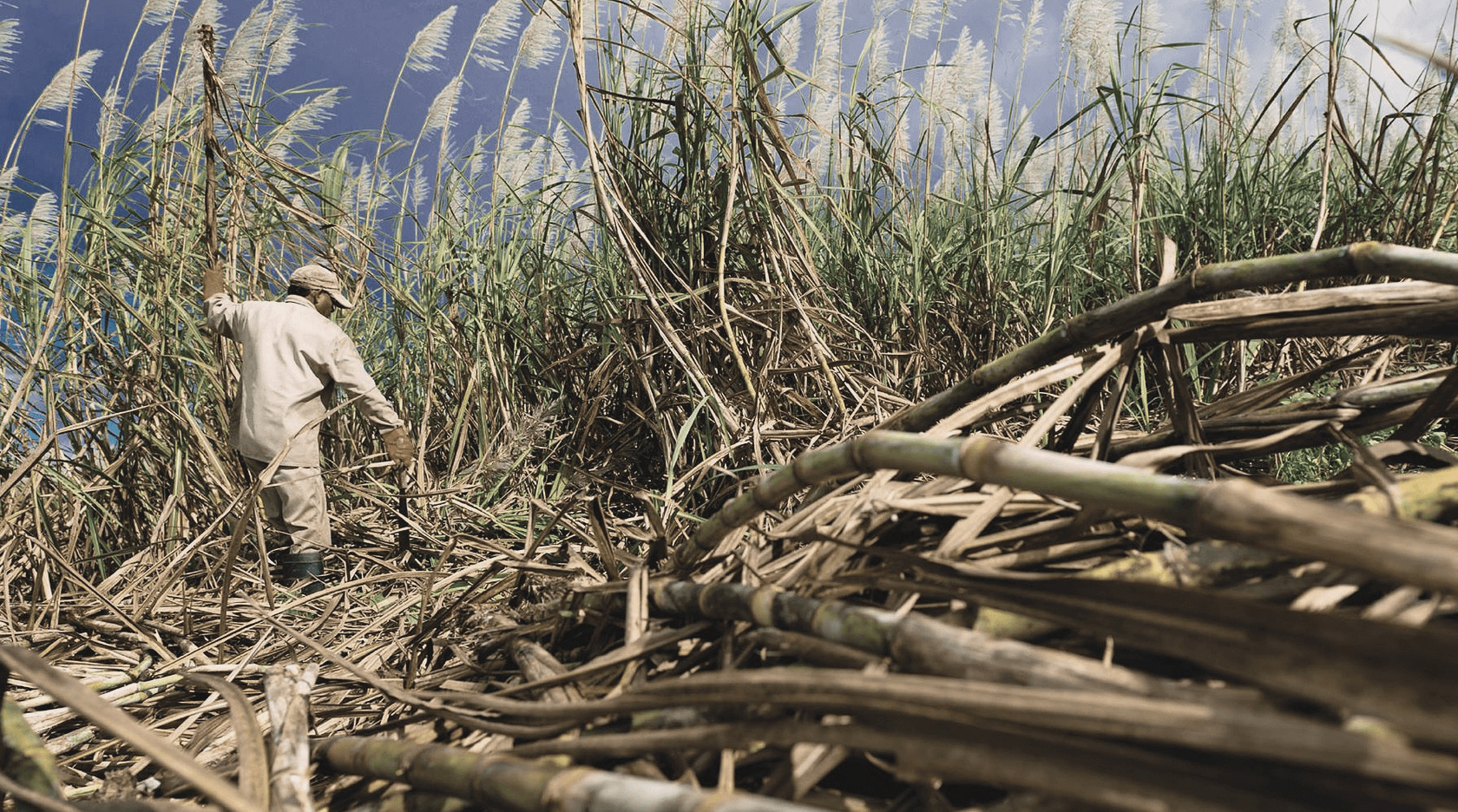 Rhum, Ron, Rum, each name represents a style and pedigree filled with history that can be confusing when one begins the journey of understanding this storied spirit. The origin of Rum is shrouded in mystery with several theories related to its invention and early production. That is a tale for another time and here we instead would like to detail the many ways you favorite Rums are produced in the modern era.

Starting with the basics; all Rums are made from sugar cane and may be a by-product of sugar production. This can be from molasses, sugar cane juice, sugar cane syrup, and in the case of some craft distilleries turbinado sugar or something called “dehydrated sugar cane juice” (automatic red flag-bad ingredient that stunts flavors). Each of these methods can and often are an indicator of the style of Rum the distiller is trying to achieve. Let’s dig a bit deeper and discuss these styles.

Rhums are made when sugar cane is harvested from the fields, transported directly to the distillery, pressed to the point all the juice is extracted from the cane, and fermented for a variable period of time, before it is distilled using in most cases a Coffey column still. This still design is known for producing higher proof alcohol that highlights the lighter flavors that help define this spirit in comparison to others in the Rum world.

This is known as the French Agricole method of making Rum and is most commonly seen on Guadeloupe, Martinique, and Haiti. This method creates a lighter herbaceous earthy spirit that is unique to the islands. After distillation the Rhums are commonly aged in French Limousin oak, or once used American White Oak Bourbon barrels.

If you see a Rum producer using the word “Agricole” and they are not from a French Caribbean island, you are right to be suspicious. It does not mean it is not a good product, but it is not a true Rhum Agricole either.

Rons are most commonly related to islands and countries originally colonized by Spain, such as Cuba, the Dominican Republic, Mexico, and Puerto Rico. This style of Rum is created when molasses is fermented for a short time period. After the fermentation, the liquid is twice distilled usually in modern Column stills then either blended and bottled or aged in used American White Oak Bourbon barrels. 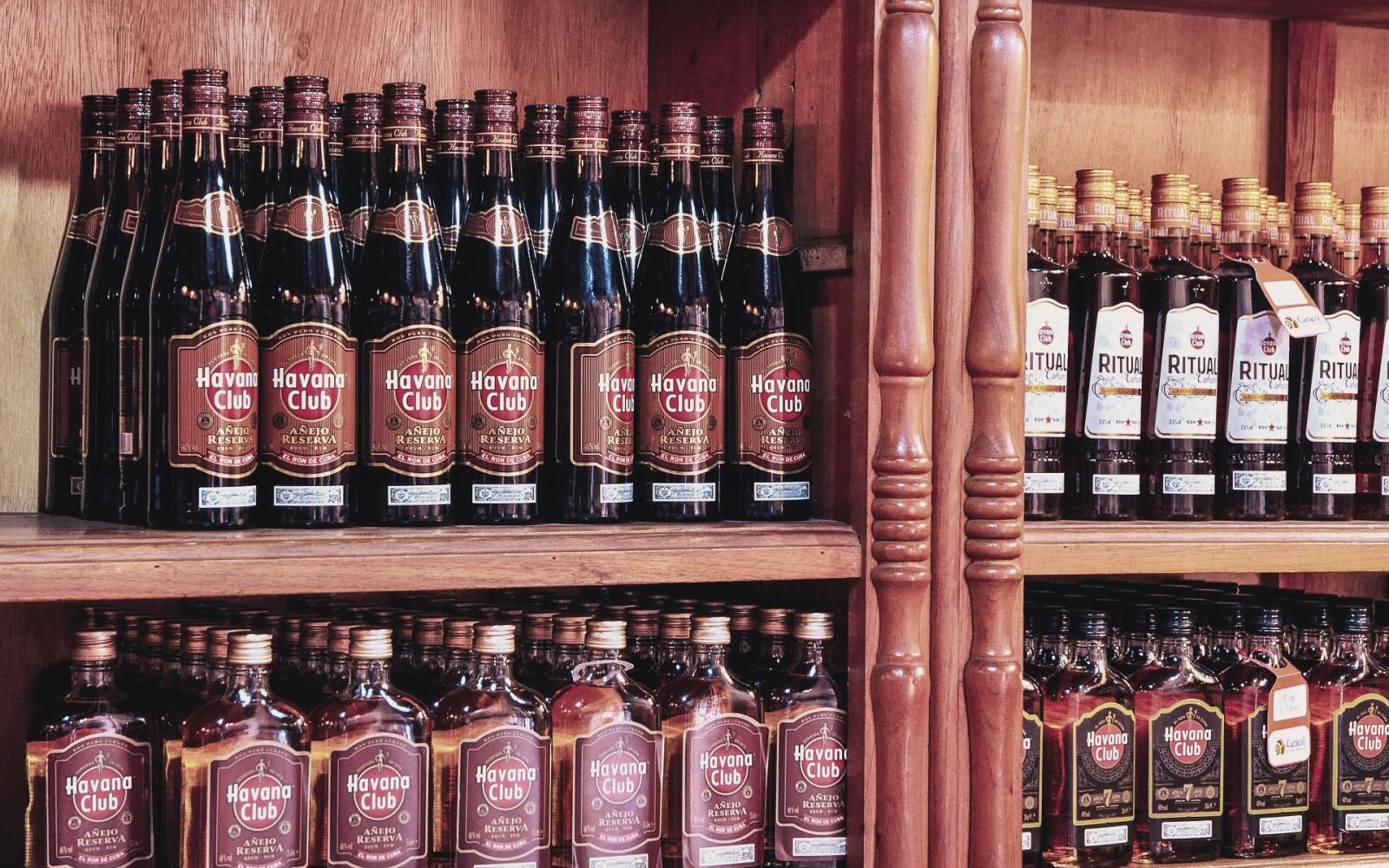 Another added dimension to the Spanish style of Rums is there may be an additional aging period related to the spirit. For example after the first distillation the liquid is called “Aguardiente” and is aged for two years in American White Oak barrels.

This style of Rum tends to be lighter in body with complex flavors profiles indicative of the country of origin. Good example Rums from the Dominican Republic are known for being sweeter and drier, while Rums from Cuba are have more robust and dynamic flavor profiles.

The use of the word “Rum” is directly linked to the English style of production dating back to the colonization of the Americas and Caribbean. The most common method for making this style is characterized by a prolonged fermentation period usually using molasses, and distillation using a copper pot and/or column stills creating a heavier body and complex flavorful Rum that is influenced by the base materials used during fermentation.

The Master Blender dictates which Rums are blended and bottled for immediate sale, and what Rum is placed in barrels for aging. Once used American White Oak Bourbon barrels are most commonly used for the stage of the process.

A quick word on Fermentation

While each Rum producer has its own unique methodology, the fermentation stage is quite similar and important part of the process. The base ingredient is mixed with water and yeast to begin fermentation. During fermentation, the yeast consumes the sugar transforming the mixture into alcohol and CO2.

A post shared by Sutherland Distilling Company (@sutherlanddistilling) on

Depending on the distillery they may use local natural yeasts or a lab-created strain during the fermentation process which can last less than a day or up to weeks. Many distilleries collect the CO2 and sell it to outside companies or use it as an ingredient in another product in their portfolio. You will see some brands promote that they use a special yeast, but it is a fine line between a fact that matters to consumers and marketing hype.

As mentioned when describing the styles of Rums, the use of American White Oak Bourbon barrels is quite common for aging the spirits. When Rums are aged in the Caribbean, due to the tropical heat, the interaction between the wood of the barrel and the alcohol is accelerated leading to a higher rate of evaporation as compared to spirits aged in non tropical continents.

A Rum aged for 12 years in Barbados is comparable in depth and flavor to a Whiskey aged twice as long in Kentucky. If you ever visit a Caribbean distillery make sure you visit the aging warehouse. You can literally smell and taste the evaporating Rum in the air.

The use of Beer, Cognac, and Wine casks for additional aging and finishing has become a valuable tool for the Master Blender to use when creating vintages or signature characteristics for their product lines. The Plantation Rum line produced by Maison Ferrand is a good example of a company that produces new Rum in Barbados and Jamaica as well as sources aged Rums from around the world. The company then transports the rums to France where they are finished in used Cognac casks, and blended using proprietary methods that provide a signature flavor to the line.

Foursquare Rum Distillery of Barbados have created several popular vintages by blending a combination of Rums that are tropically aged in used Bourbon barrels and then finished using Cognac or Wine casks. By doing this they have raised the bar and challenged other Rum makers in this category to be innovative with their product lines. This has led to some epically good and tragically bad products entering the market.

At the end of this process, the Rum is filtered, blended to the proof designated by the Master Blender, and bottled for distribution. If the bottle details an age statement in the United States the label must share the age of the youngest Rum in the blend. However, it is often questioned how well the Alcohol and Tobacco Tax and Trade Bureau (TTB) enforces this regulation. It is recommended to always be cautious when one is not sure of the rules and regulations that govern an island or country in regards to age statements on their products. Central America Rum makers I am looking at you.

While some of the technology has evolved and changed over the centuries, the basic details of how Rum is produced has remained the same. Delightful in its versatility, the flavor profiles created by the Rum makers lend themselves to be quality cocktail ingredients or enjoyable sipped neat.

For that, you don't even have to spend much, there are premium Rums under $100. Otherwise, check out Flaviar's even more budget-friendly best 5 Rums under $50!

Understanding the style of the Rum and how it is made is the first step in fully appreciating this historical spirit.