A Deeper Look Into Cachaça, The Spirit of Brazil

Published in:
By Peter Holland
Brazilian Rum, cane tea, immaculate, pinga, abre-coração (heart-opener), água-benta (holy water), bafo-de-tigre (tiger breath), and limpa-olho (eye-wash). These are all some of the ways that Cachaça (pronounced ka-SHAH-sa), the national spirit of Brazil is referred to. Scotland might be famous for its Whisky and France for its Cognac, but while Brazil is famous for its Cachaça, it’s perhaps still more than a little misunderstood outside it’s home country.


The domestic market has more than four thousand registered brands producing in excess of a billion litres of Cachaça per year. Estimates for the unregistered producers lay anywhere between twenty and forty thousand, and even that might be a little off… Across the country you might find someone producing enough for their own consumption, or the people on the street and it seems that the authorities probably only start to take a note when the production volumes ramp up a bit.


Factor in the sheer size of the country of 3.2 million square miles (the 5th largest in the world), the huge population of 208 million (the 6th most populous) comprising ethnic backgrounds as obvious as South American, African and Portuguese, but as diverse as Italian, Spanish, German, Polish, Russian, Chinese, and Japanese, and you’ll soon see that things cannot be the same throughout the land.

The majority of Cachaça produced in Brazil is classified as ‘industrial’, i.e. produced on a continuous column still, and whilst this will be inexpensive, it’s not likely to be very interesting as the spirit will be far more neutral than its artisanal counterparts.

Artisanal, along with ‘small batch’ or ‘hand crafted’ is one of those much-abused marketing terms, but in the case of Cachaça, we can feel happier in that it invariably means that the fermentation process will have been carried out with a little more care and attention and that the distillation was likely to have been made using a pot still (if it wasn’t – then it’s worth being wary).

A post shared by Novo Fogo Organic Cachaça (@novofogo) on

For a spirit category seemingly so open to abuse, it’s actually fairly well defined, for a Cachaça to be called thus, and not simply aguardente de cana, it needs to be in compliance with the following rules, outlined under article 53 of state decree on the standardization, production and trade of beverages:
1. Cachaça is the typical and exclusive denomination of cane spirit produced in Brazil, with an alcoholic strength of 38 to 48% by volume (when tested at twenty degrees Celsius).

2. It is obtained by the distillation of fermented juice of sugarcane, that exhibit the appropriate sensorial characteristics. Addition of up to six grams of sugar per litre is permitted without disclosure. 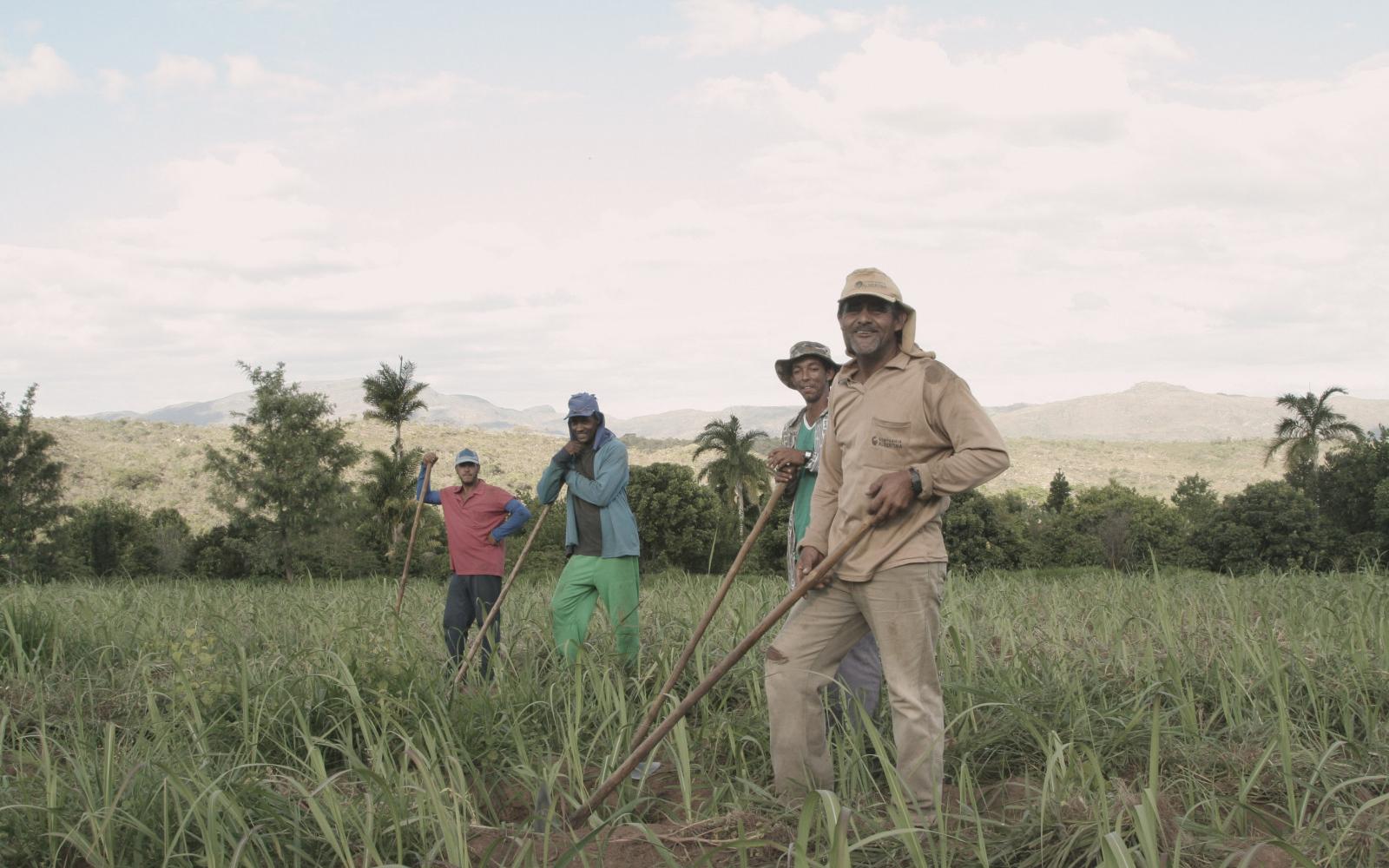 Most Cachaça is presented in an unaged condition (typically called Silver, Prata, Clássica, or Tradicional), and will have been rested in stainless steel.

The post distillation resting allows the spirit to develop and improve and whilst this isn’t a cast iron fact, I find that those brands that rest longest allow their Cachaça to develop more pronounced fruit notes over the typically grassy, green, vegetal notes more usually associated with the category.


Some producers use very large vats of wood types – such as jequitibá, freijó, and amendoim - that do not tend to impart much colour to the spirit resting within. These wood types may still impact on the spirit in terms of flavour though.
Aged Cachaça can be stored in anyone of some thirty plus approved tropical wood types – each imparting different flavour characteristics on the spirit contained within.


To be considered ‘aged’ at least 50% of the Cachaça in the blend has to be a minimum of one year old – aged in a barrel or vat not bigger than 700 litres. Not much in terms of real amounts of ageing – but the impact of barrels such as amburana is not to be overlooked, and I always point out that age is just a number and that older doesn’t always equate to better – the balance is everything!
It's worth checking out: Taste Brasil, an initiative by the Brazilian Government to highlight the good things that this exciting category has to offer. Of interest is the section on wood types.

What’s Premium and What’s Not?

Interestingly there is even a provision for clarifying the bug-bear that Rum suffers from: namely marketing departments applying buzzword terms because they want to, not because the product deserves it. In this case we have 3 main categories:

100% of the spirit is aged for no less than three years.

A term that applies to a product that displays organoleptic characteristics that make it stand out from other products on the market.


In the case of Premium and Extra Premium, the terms are not setting the bar particularly high, and so we can infer the majority of the domestic market is unaged and ‘cost effective’ price-wise, but I’m not so sure I’d state that unaged can’t also equate to Premium in terms of a quality spirit.
A well-made pot still Cachaça will reveal the taste of the sugarcane in a way that Rum (and I’m excluding Agricole Rhum from this statement) never can.

The opportunity for getting a sense of terroir really is a thing with a quality Cachaça. Brazil has something like a hundred different cane types growing there. All with different properties for sure – but the scope for difference in flavour due to the soil type, and geography is quite marked.


Whilst most Cachaça stays in Brazil, the brands that export do offer the opportunity to explore some exciting (and genuinely Premium) expressions. Brands such as Novo Fogo, Yaguara, Avuá and Leblon are all making big in-roads on the US, European and Asian markets – bringing that taste of Brazil to the world.
A well-made pot still Cachaça will reveal the taste of the sugarcane in a way that Rum never can.

Plenty of other high-quality brands such as the ethically produced, certified organic Abelha are both relatively inexpensive and absolutely delicious. The Silver being ridiculously fruity and the Gold which has been aged for three years in Garapeira (Brazilian Ash) and offers a beautiful balance of fruit and mellow wood notes.

Germana offer a range worth exploring – the Caetano’s being a great example, and brands like Capucana offer innovation as well.

The notion of regionality, also ties into history. The production of Cachaça in Brazil, predates the production of Rum in the rest of the Caribbean – a point that often amazes people.

The Portuguese, along with more than a little help from Dutch traders starting distilling in Brazil in the early 1500’s and it was probably the expulsion of the Dutch by the Portuguese that really kickstarted the production of high quality Rum in other parts of the Caribbean like Barbados and Jamaica.

Originally Cachaça would have been consumed in its unaged state – the notion of waiting for it to take on additional properties through barrel ageing might have been understood, but it wasn’t on trend (to coin a modern phrase).
The gold rush of the late 1600’s (which, interestingly, was the biggest, longest gold rush in history) had unexpected benefits for the history of interesting booze. Over the years, nigh on a million-people ended up in the mountainous region of Minas Gerais and the town of Ouro Preto in search of gold, and many ended up needing the relief of an alcoholic drink once there.

At the time, Cachaça was being produced in Paraty (in the state of Rio de Janeiro) to the south and on the coast. In order to transport it all the way in land, they had to store the spirit in barrels made from whatever wood they happened to have readily available.


The 250+ mile journey – which could take many weeks back then due to the lack of decent roads – resulted in the barrels influencing the contents and with time, the palates of the people in the region; the preference being for aged Cachaça.
Now we have maybe as many as twenty regional styles of Cachaça to explore, the important ones being Chã Grande in Pernambuco state, Salinas in Minas Gerais state, Paraty in Rio de Janeiro state, Monte Alegre do Sul in São Paulo state and Abaíra in Bahia state. Yeap – that’s right – there’s a lot to explore and taste.

I couldn’t finish without mentioning potentially the most common association with Brazil. And no – not scantily clad bathers on Copacabana Beach – I mean the Caipirinha.
Caipirinha (pronounced: kai-pur-EEN-ya) – the very name conjures up mental images of cheap alcohol, hidden beneath layers of muddled lime and sugar.


In itself, the drink (which can vary a bit in it’s presentation) is nothing more than half a lime, quartered and muddled together with a teaspoon or two of sugar and a large measure of Cachaça.

It’s the drink that is often the vanguard of Cachaças attempts to reach new markets and more often than not, seen to be little more than a fad in the big cities that don’t have a permanent supply of hot sun to maintain the image.
It’s both loved and hated equally by bartenders; the thing is that this potentially clumsy serve has all the potential of being absolutely delicious when made with quality ingredients and a well balance approach, but awful when the reverse is true – more often due to the selection of inferior Cachaça.

Brands such as Leblon have embraced the Caipirinha, their website offering many variations – all exploiting the natural affinity Cachaça has with fresh fruit; whereas brands like Yaguara have eschewed the serve, simply to point out that damn-fine Cachaça is more than just fodder for Caipirinhas.


A well-made, aged Cachaça works rather nicely with Vermouth and all of a sudden, the notion of a stirred and served straight up cocktail becomes interesting to a bartender, a challenge to find the ultimate pairing and a serve that can be sophisticated in its delivery.
Let’s go back to some of the key points for Cachaça: different varieties of sugarcane, industrial and artisanal distillation methods, thirty plus approved wood types for maturation, maybe as many as twenty different regional styles… I hope you still don’t think Cachaça is dull! ð