Cachaça - Brazil's gift to the world

Published in:
By Max Garrone
A few months back my Brazilian housekeeper pulled me aside because her assistant really wanted to tell me something that she needed to translate.

I write about spirits, love cocktails, and love entertaining which means that I have a bar groaning with spirits, bitters, and mixing tools. The bar is the immovable object in my house so my housecleaner has to tangle with it constantly, but that’s not what her assistant wanted to tell me. Her assistant seriously said “with all this great liquor why do you have such a bad Cachaça?”
I won’t name the brand, but it’s a popular one that I had purchased years ago during a caipirinha fixation. I obviously hadn’t given much thought to the qualitative differences in Cachaça so I asked her about it, she promised to bring me some of the good stuff, and I ambled off to my local specialty liquor store to find a few bottles and gain a greater appreciation for what it could do for me. Of course this did nothing to lighten the load on my bar but it did make my house cleaners very happy.

Cachaça is really just distilled sugar cane juice made in Brazil. It's different from Rum because most Rums are made with molasses so they have a very different flavor set. The one big exception is Rhum Agricole which is made from sugar cane juice just like Cachaça so you can set up a fascinating taste comparison. Oh, and it's pronounced like this: Cachaça = Kachasa. 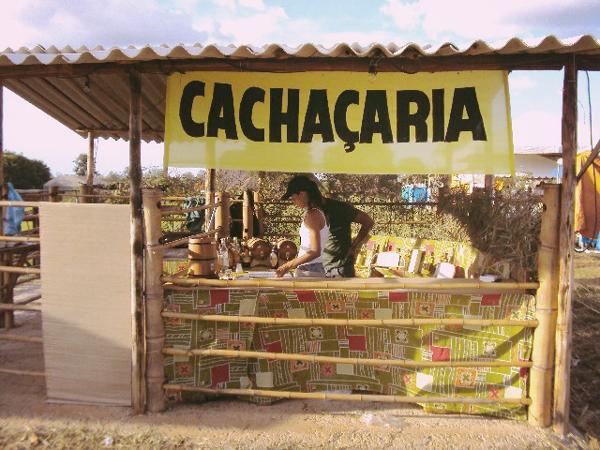 But not all Cachaça is from Brazil either. It’s pretty safe to say that wherever the Spaniards brought sugar cane, they also brought distillation so you’ll find some form of distilled sugar cane throughout the Caribbean, Central, and South America. But it wasn’t until Brazilians proved that Cachaça was a winner of an export in the late nineties/early aughts that it attracted copy cats from a variety of surrounding sugar cane producers. Brazil is fighting a battle to win a geographic indication like Champagne, time will tell whether they get there.

Are there different types of Cachaça? The vast majority of Cachaça is a white unaged spirit but recently many makers have started experimenting with barrel aging. They’re using some oak but also lots of native Brazilian woods which may make for very intriguing bottles.

How do you drink Cachaça?

Straight or in a cocktail. Most likely the vast majority of Cachaça is drunk in caipirihnas and similar cocktails but the single run copper pot distillations reward drinking on their own.

People drink much of it. Brazil’s consumption is about 11.5 liters per person per year which accounts for 99% of all Cachaça production. As if you couldn’t tell, Cachaça is a big deal for Brazilians. They even have a Cachaça day on September 13th so mark your calendars. In one of the stranger bi-national drinking accords Germany is far and away the biggest export market. 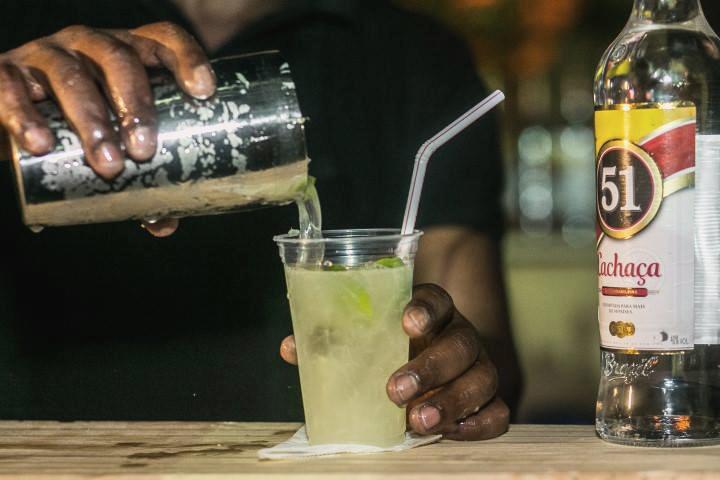 Mixing Cachaça in a caipirinha is the obvious choice. It’s one of the holy trinity of warm weather cocktails, easy to make, refreshing, informal. Indeed, one of the best caipirinhas I’ve ever had was made in plastic cup from a shack on the beach in Rio. State dependent memory or objective truth?

Pour the sugar into the bottom of an old fashioned glass. Cut the lime into half inch chunks and dump them onto the sugar. Muddle the sugar and lime mixture lightly, top with ice, and the cachaça. Stir lightly and serve. Watch out! These are highly addictive and easy to sling back. Given their sugar content you may want to take prophylactic action before bed in the form of some ibuprofin.

With the explosion of Cachaça in the 21st century there are many options on what bottle to get, many of of them of decidedly average quality so it can be difficult to find a sipper or distinctive cocktail bottle. As with many spirits one proxy for quality is if it was made in a copper alembique. Using the same rule as thumb as most things, it’s more labor intensive to distill this way so the commodifiers of our world avoid this sort of thing.

As for my house cleaner, her favorite is “Canarinha” but it’s only available in Brazil. She’s promising a bottle next time she heads back. I can’t wait.
Read more about:
Published Jun 10th 2016
By Max Garrone