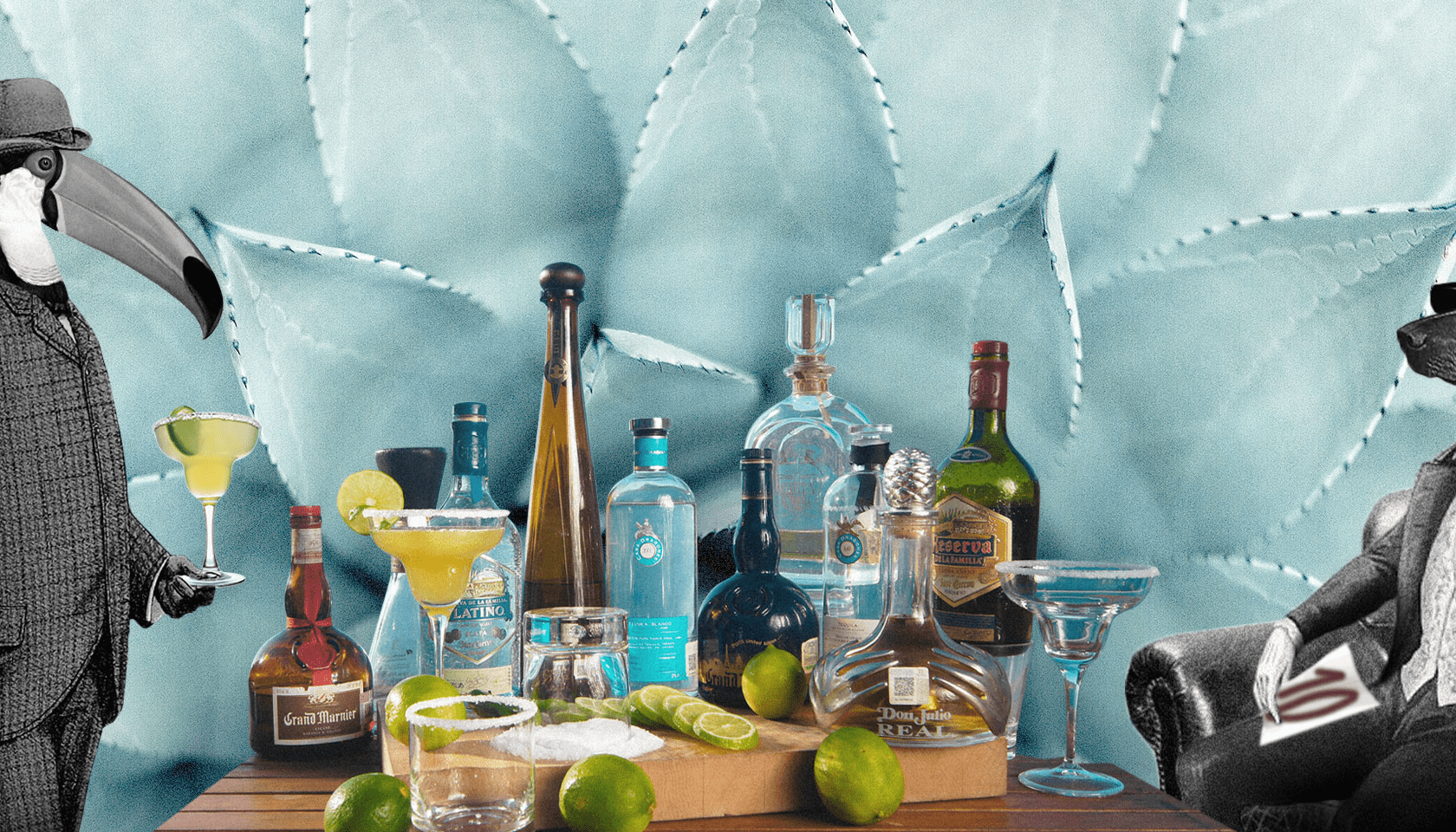 What other drink gets a song written about it like 1958’s “Tequila!” which is an amalgamation of surf rock and the twist? It only has three spoken words; all of them are “Tequila!” Need we say more?
The Flaviar Community is a spirited bunch of booze buffs with a refined taste for a tipple. We would be mad if we didn’t use the collective power of sophisticated palates for something good, right? This list of best-rated Tequilas is based on the ratings and reviews of Flaviaristas, so rest assured, we’ve included only the best Tequilas of different styles, ages, and brands.
No matter whether you’re searching for the best budget Tequila, the best Tequila for a cocktail, or the best sipping Tequila, you’ll find it on our list below.

In general, the price of Tequila goes up with age, so añejos and extra añejos will be the most expensive and blancos the cheapest.
You probably don’t have time (phew, who does?) to spend a few hours on research to find choices that are both tasty and economically feasible. Luckily, we’ve cut out the guesswork for you. Here are some extraordinary Tequilas that won’t break the bank.

Casamigos — roughly translated as "house of friends" — was founded by Rande Gerber in 2013 in partnership with actor George Clooney. Casamigos Reposado is everything that you expect in a rested Tequila. It’s made from 100% Weber Blue Agave raised in the red clay soils of the Jalisco highlands.

The piñas are slow-roasted for three days in traditional brick ovens and crushed. Importantly, the agave juice is fermented for eighty hours using a proprietary blend of yeast strains … and yes, it’s a closely-held secret. It’s aged for seven months in “reconditioned” ex-Bourbon casks and bottled at 40% ABV.
“OMG, I love the vanilla and caramel notes in this tequila.” - Tharon
Discover more amazing Tequilas under $50!

If your budget for Tequila is under $100, you have plenty to choose from, including good quality añejos and reposados. These are best-rated Tequilas according to the Flaviar community you can get for $100 or less.

Sophisticated, smooth, and stylish Spirit from Jalisco. This dainty Tequila has aged three years in French or American oak barrels that used to give shelter to Bourbon. Master Cognac and Whisky blenders from France and Scotland stop and curse daily, so immense is their jealousy.

Tequila is one of the most famous cocktail ingredients on the planet, courtesy of the Margarita.
The first thing to know is that you, the discerning mixologist, are looking for 100% agave Tequila for your cocktails. It will say so right there on the bottle. That’s the basic standard. If you follow it, you can’t go too wrong.

When one thinks of Dwayne "The Rock" Johnson, many things come to mind. What doesn't come to mind is Tequila - but that's about to change, as The Rock has teamed up with a family-owned distillery in the highlands of Jalisco, the cradle of the famous Mexican Spirit.

We won't bore you with too many deets regarding the distillation process, but we like to think that it all begins with The Rock punching the Teremana blue Weber agaves into a pulp. Then they're roasted in brick ovens, fermented, and distilled in hand-made copper pot stills. These folks are adamant about doing it all by hand, just like the gods of booze intended.
“The best blanco I have tried. Smooth, clean, great agave flavor.” - Kenji
OTHER BEST TEQUILAS FOR COCKTAILS:
- Casa Noble Crystal Tequila
- Casamigos Blanco Tequila
- Mi Campo Blanco Tequila
Ready to start mixing? Try these Tequila cocktail recipes.

Margarita is great, but it’s not the only way to drink Tequila. These bottles are meant to be appreciated one sip at a time.

Avion Reserva 44 goes the extra step of aging the Spirit a full 44 months. The first 43 months are spent in their normal barrels; then, the Tequila is transferred to smaller casks for the final month to give it a little extra time with more wood contact. 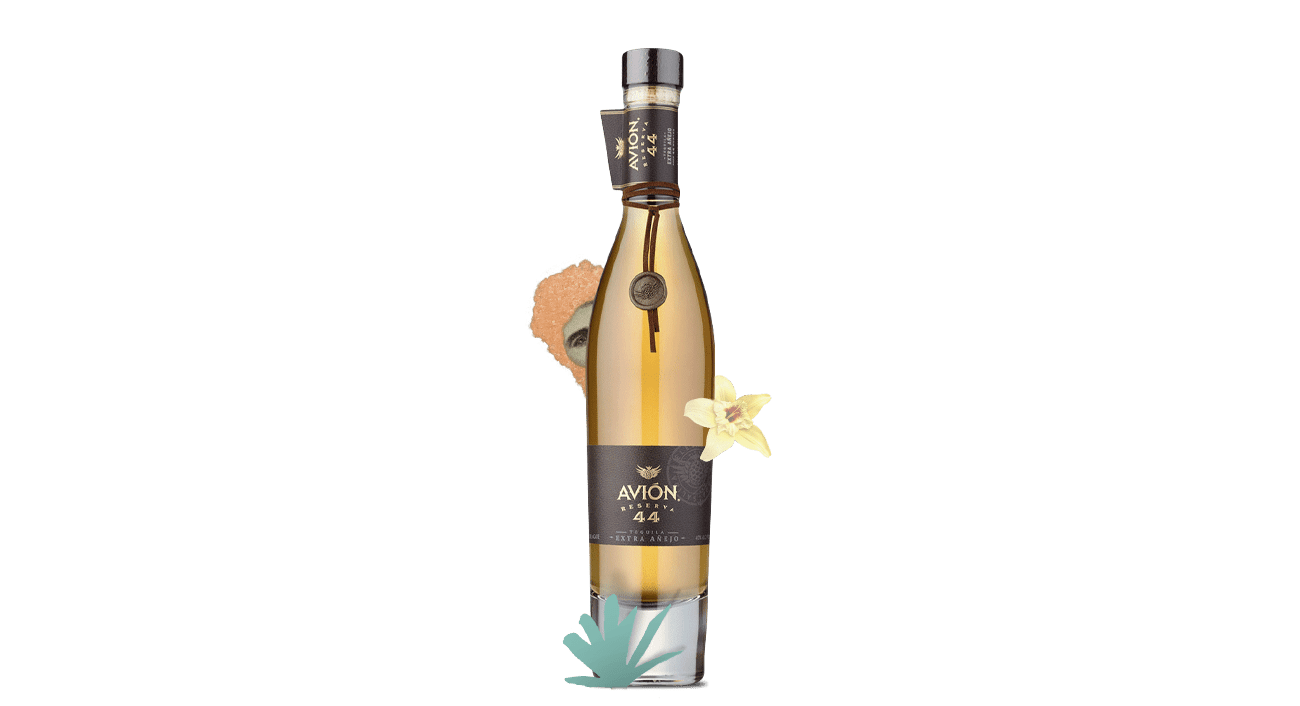 It is a very limited, small-batch Extra Añejo that the most demanding Tequila connoisseurs will fully appreciate.
“I don’t see how anything could be better!!” - David
OTHER BEST TEQUILAS FOR SIPPING:
Casa Dragones Tequila Joven
Tears of Llorona No. 3 Extra Añejo Tequila
Tapatio Tequila Excelencia

White and Silver Tequila is the same thing - and is often known as Tequila Blanco. It isn’t aged at all, is clear in color, and is bottled right away or a very few weeks after distilling. It is great to drink on its own, but it’s great for mixed drinks as well. It will typically taste sweeter and more refreshing, with a smooth, silky finish.

Casa Dragones Tequila Blanco is a small batch, 100% Pure Blue Agave silver Tequila. It is a crisp, smooth Spirit that is perfect for enjoying neat, on the rocks, or in your favorite cocktail. Voted the "Best Blanco Tequila," by Epicurious Magazine.

It’s so smooth that even Oprah called it "dangerously smooth." The result is a compliment to the plant, the Jalisco surroundings, and Tequila itself. Add a bit of that passion, and you have a winner on your hands.
“Literally flawless. I've given this to people who "Don't like tequila" and turned them into tequila fans.” - Jeffrey
OTHER BEST TEQUILAS BLANCO:
- Teremana Tequila Blanco
- El Espolon Tequila Blanco
- Olmeca Altos Tequila Reposado

Reposado Tequila is aged for anything from a couple of months to a year or “rested,” as the Spanish word suggests. Reposados have a light amber color from the barrels they’ve been resting in. A reposado that is aged correctly is a Tequila that can do it all. It’s delicious to sip neat but also versatile in cocktails.

Casa Noble follows traditions that have been passed down for over seven generations. The piñas are cooked in stone ovens for 36 hours and distilled thrice through a copper-pot still. The luxury Tequila is then matured in French oak casks for 364 days (the maximum length permitted by law).

Crafted meticulously in small batches, Reposado earned 93 points from Wine Enthusiast Magazine, and Casa Noble was named "Tequila Producer of the Year" at the 2016 International Spirits Challenge.
“WOW. I'm a bit snobby with my tequilas, but this one is a winner. Smooth with a smokey finish. Four of us finished the bottle in 2 hours. No mixers needed.” - John
OTHERS BEST TEQUILAS REPOSADO:
- Partida Roble Fino Reposado Tequila
- Olmeca Altos Tequila Reposado
- Teremana Tequila Reposado

Añejo means a mature Tequila. An añejo would be aged for one, two, or three years, which gives it a smooth and caramel-like finish. Whether you’re looking for something light or looking for something aged and smoky, it’s all about experimenting until you find what’s right for you.
These Tequilas are recommended for sipping, though it works great for Tequila-oriented takes on classic drinks like a Moscow Mule or Negroni as well. 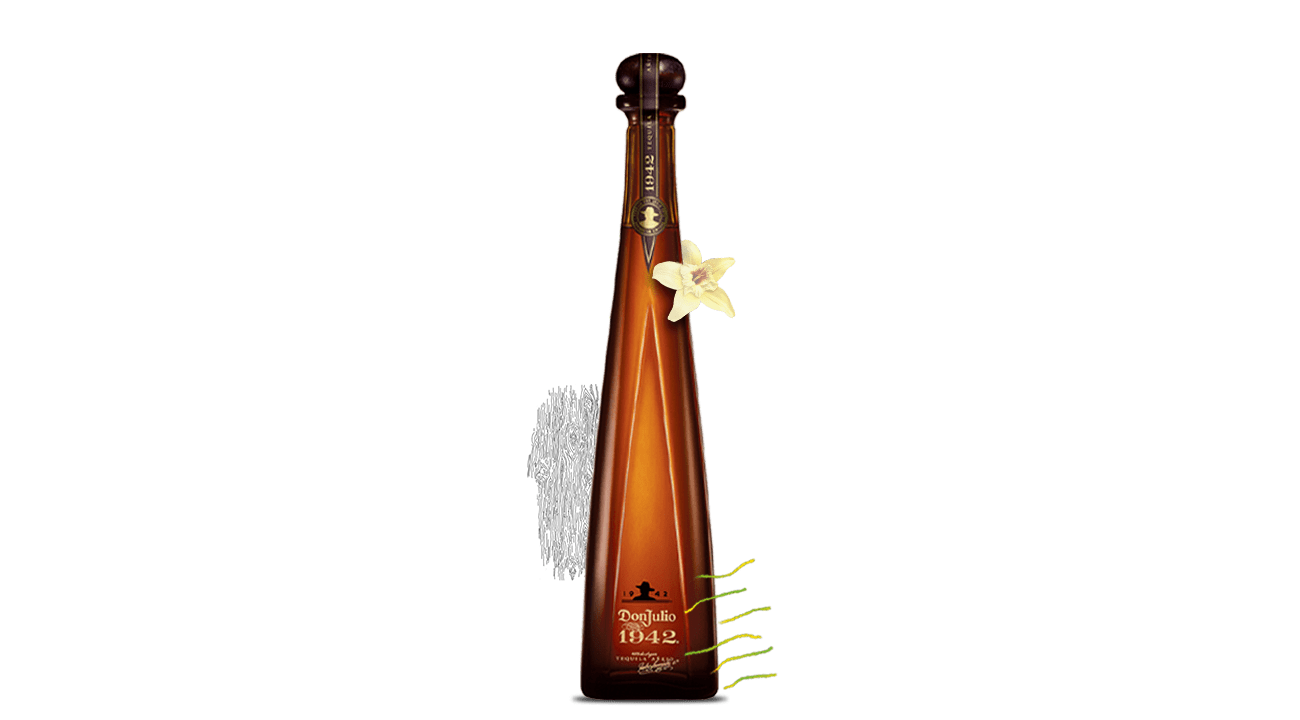 Tequila that rests in oak for more than three years becomes Extra Añejo. These tend to be incredibly soft and mellow, so much so that you would be hard-pressed to identify them as Tequilas. They are frequently served after dinner in snifters which accentuate the wood and fruit flavors that emerge after so much time in barrels.

Oh boy, have we got a gem for you. Casa Noble Tequila Company doesn't mess about, no way. They do things 100%. And then some. Endorsed by the rock legend Carlos Santana, they're distinct for distilling the Tequila three times instead of the two required by law.

The Casa Noble Tequila Extra Añejo Single Barrel is a limited single barrel edition organic Tequila distilled from 100% blue weber agave aged five years in lightly charred white oak. This precious embodiment of Tequila expertise is presented in a hand-made black porcelain bottle, which is numbered, labeled, and signed by the creators.
“Being new to quality tequilas, I was a little worried about just sipping this one, but it definitely was worth the price. Has a sweet taste up front like a bourbon but the tequila bite with a hint of smoke on the back. Definitely one of the best purchases I've made with this service” - Justin
OTHERS BEST EXTRA  ANEJO TEQUILAS:
Tears of Llorona No. 3 Extra Añejo Tequila
Arette Gran Clase Extra Añejo
El Tesoro Extra Añejo Tequila
Now make us a promise: no shots next time when Tequilas in order! Pick something good, sip it nice and slow, and let the Tequila flavor grow on you!