Margarita 101 or How to Spoil a Margarita Lover 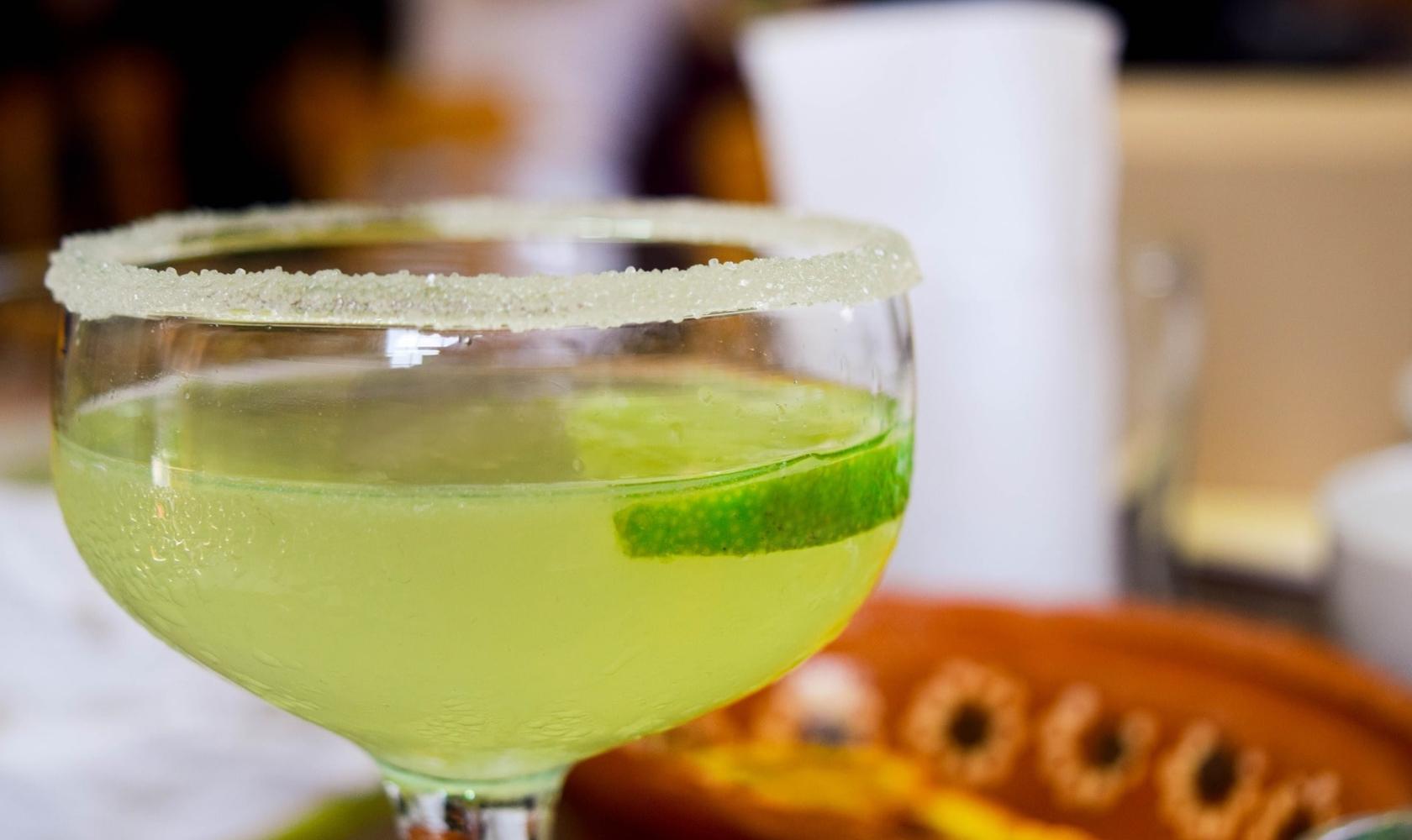 Put on Israel Kamakawiwo'ole's "Margarita" and explore the world's most popular cocktail with us. What makes it so special?

What is a Margarita? Where did it originate?

A Margarita is actually a Daisy which is one of the original cocktails. The Daisy is a Spirit - Gin, Whiskey, Rum, Brandy, Tequila, you name it- mixed with something sour, usually citrus, and a bit of sweetener. Bartenders were making Daisies of everything for quite some time before the Margarita evolved its own name and identity. There are so many potential culprits for inventing the Margarita that the options read like an Agatha Christie whodunnit: It could have been Carlos Herrera at Rancho La Gloria south of Tijuana in 1938, Don Carlos Orozco at Hussong's for a patron named Margarita Henkel Cesena in 1941 Pancho Morales in 1942 Tijuana, the Dallas Socialite Margarita Sames in 1949 or so many other potential culprits. But probably the answer is laying in plain sight as a sort of Umberto Eco-type puzzle of signs: The fact that Margarita means “daisy” in Spanish is probably an etymological tip-off to that evolutionary source.

So, when did the Tequila daisy become the Margarita?

It’s possible that the story is more about ownership than origin: That is, that the Margarita was a Daisy made by bartenders in Mexico and the United States early in the 20th Century before it was branded as the Tequila drink after World War Two in the confluence of many US citizens traveling to Mexico and many Mexican Tequila distilleries trying to find a cocktail that would sell more Tequila.

What we know for sure is that many bars along both sides of the border were making them from the late ’30s and ’40s and that it quickly became shorthand for Mexican vacations for many from the US. The drink grew in popularity through the ’60s but it was really the 80’s that cemented its status when brands like Patrón became famous in the US.

Tequila sales had been growing for decades but suddenly exploded and Margaritas were on every bar in the US and globally synonymous with an idea of sunny brightness.

There is one simple recipe for the Margarita and then you can experiment all you want. It’s 2:1:1 2 parts Tequila to 1 part lime juice to 1 part Triple Sec. The Tequila! Make sure you’re using a 100% agave Spirit. That could be 100% blue agave in Tequila, a mezcal, or an agave spirit. If it’s not 100% then it has added sugars, potentially other ingredients, which add to the possibility of a hangover and reduce the flavor in the cocktail. You can also try out a reposado or añejo, more on that later.

The 2:1:1 recipe can be a bit sour for some people so adjust as necessary. Tommy’s uses agave syrup in place of Triple Sec which sweetens the drink so make it to your taste. Many people insist that Cointreau is nonnegotiable but Curacao is an alternative that can offer more nuance at a reasonable price.

This one is up to you and it’s not an either/or proposition. You can salt half the rim, pick a fun salt like Maldon to sprinkle over the top of the glass, or skip it altogether.

Salt adds a completely different element to this cocktail and is a real foil for the sweet and sour flavors, if you added umami, you’d have an entire flavor spectrum! Debate abounds on this point so you-be-you and pick your favorite. You can mix all the ingredients and stir 15 times and strain into a glass.

What sort of agave spirit?

The great thing about 2022 is that you have choices for your Margarita. The past 20 years have seen an absolute explosion in the number and type of agave Spirits available.

As with any question of taste, it’s really all about you so the question isn’t ‘what’s the best?’ it’s ‘what do you like?’ Experiment because you can and you never know what you’ll like. But we recognize that life is short and you may want starting points so here are a few suggestions:

Wish to expand your liquor cabinet without hurting your wallet? Browse our selection of the best Tequilas to drink in 2022.

#1 They are a lifestyle

But enough about the dour question of origins, the Margarita is a fun drink that has its very own cultural category. Jimmy Buffett became outrageously famous - and rich - after releasing Margaritaville in 1977. The song’s coda sums it all up:

But, as with most pop culture phenomena, the song has been superseded by an entire lifestyle defined by Hawaiian shirts and day drinking on beaches: If you’re lucky there’s a nod towards Mexico.

New music stars are taking their shots at the idea like country star Luke Bryan who channels the entire Jimmy Buffett idea in his One Margarita there’s the beach, all the signs of Mexican identity like Mariachis, and Bryan dancing around in his board shorts.

For years bartenders had to suffer through a blender after blender to make frozen Margaritas because the drink positively eats blenders.

Actually, it burns them out which is what Dallas restaurant owner Mariano Martinez discovered in 1971 when customers complained and bartenders threatened to quit because the drink was so popular but no one could keep up with demand. As he tells it, he was driving home from the restaurant, stopped at 7-11, saw the slushy machine, and a lightbulb went off. On May 11, 1971, he pushed a repurposed soft ice cream machine into use, and history was made.

That machine now resides in the Smithsonian as a testament to the importance of this cocktail to America’s heart.

Strangely they aren’t dancing to Margaritaville but to Harry Nilsson’s “Lime” which summons up many of the same associations as Jimmy Buffet’s song. Plus it’s more danceable.

What to buy a Margarita lover?

There are so many ways to spend so much money on bar gear so you might as well splurge on the things that give you the most joy or will serve you for the rest of your life:

The classic cast aluminum lime squeezer is behind so many bars because it does the job well and is well nigh indestructible. And it’s cheap to boot! If you insist on an automatic juicer, try this one which will make parties much easier.

If you love frozen Margaritas, then you're going to need a blender. No cap, a top-tier mixer like the Vitamix will save you lots of elbow grease and repair shop visits, especially if you're making tons of Margaritas for a massive party.

This may be your best option. But any blender will do, at least for a while. You can easily add salt to glass rims without any extra tools - here’s a video - but there are also plenty of fun gift items to try like this ceramic dish.

Pro tip: If you want to switch things up, buy some Sal de Gusano which is a mix of ground-up chiles, worms, and salt traditionally found in Oaxaca. It adds a real umami punch. Try Gran Mitla.

And, if you need more ideas, we have you covered with a tasting box of agave Spirits. If you’re ready for a full bottle, take a look at Flaviar’s Tequila or Mezcal list.

I just want someone else to make me a Margarita: Where in the world to drink them?

If you’re out on the town looking for a great Margarita we have some ideas:

Madre has an incredible and ethical collection of Mezcals and Tequilas. And they make great Margaritas at their three, soon to be four!, locations in LA.

Thunderbolt is its own little scene with tremendous cocktails. Even if they don’t have a Margarita on their formal menu, they’ll make one for you in a minute and it will be good.

Tommy’s is a classic because Julio Bermejo pioneered the addition of agave syrup in the Margarita and really boosted it into popular consciousness so start with one of his classic blender mixed Margaritas.  But the guy also has one of the best Tequila collections around so make sure to stick around and try something from his sipping list.

Down in the Mission, the Latin American Club has its own Margarita scene and has been at it since 1993 along with a funky music and art scene that continues to thrive.

Atla has been a key addition to the New York Mexican scene since Enrique Olvera expanded here. It has an entire Margarita list in addition to a stunning selection of agave Spirits and contemporary Mexican food.

Oxomoco in Brooklyn is a newer place that feels very Mexico City while boasting an excellent agave Spirits list and bar.

You could do much much worse than Contramar which is one of the ultimate restaurants in Mexico City. Lunch only with a terrific scene it also has a wonderful bar that will make Margaritas by the pitcher.

The city also boasts one of the world’s greatest cocktail scenes so check out Cicaytriz or Elly’s if you want an evening Margarita.

Hacha has blown up around its Mirror Margarita, a see-through variant well worth trying at one of its two locations. Tayer/Elementary covers both the casual and innovative cocktail aspirations in one location.

You can even bring one of their Bergamot Margaritas home with you.

What else to do with all your newfound Margarita wisdom?

Margarita Day is just around the corner on February 22nd so now is the time to stock up on your favorite Tequila and some equipment. Memorize our trivia and then set up a playlist for your party.

There are plenty of Margaritaville covers available but you may be better off with something spicy like this!