A Spirited Journey of Ethanol Savories on St. Croix 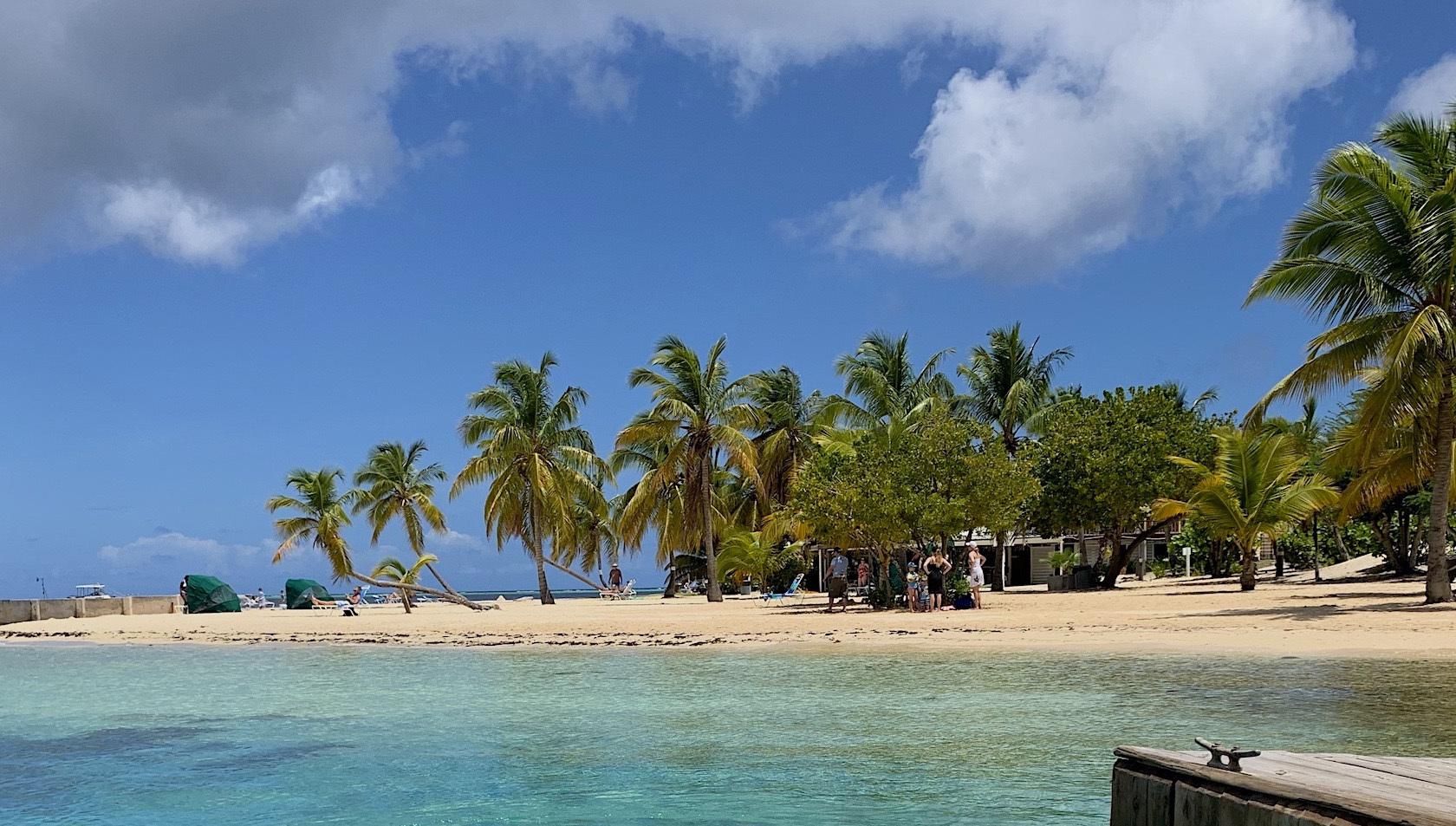 Technically, St. Croix is one of the three main islands that comprise a single Territory — The United States Virgin Islands (USVI).

But Saint Croix is a bit different from its sister islands Saint Thomas and Saint John. For one thing, St. Croix has been owned/possessed/colonized by EVERYONE. After two millennia of on-again/off-again habitation by indigenous Caribbean tribes it was colonized by the Danish, Spanish, English, Dutch, Sicilians (Italy), and French before it became a territory of the United States. Then there was the subsequent Afro-Caribbean in-migration from other islands. And you can see the cultural influences of all of those cultures in place names, cuisine, customs, and laws. For example, even though they are part of the US, they drive on the left which is an interesting three-day adaptation for a lifetime “right-driver” like me.

Another reason that St. Croix is special is that, even though it is a relatively small island, it is dry and desert-like with cactus on the east side and wetter-tropical with palm trees on the west side. It’s like two different island experiences in one.

Perhaps my favorite reason St. Croix is special is that, since there is no deep-water berth, the big cruise ships do not stop here. So, even though there is regular air service, there are fewer tourists, and the ones that do arrive tend to be more interested in the stunningly crystal-clear water and huge coral reef than they are in buying “I Heart Caribbean” t-shirts and attending faux pirate dinner shows.

But we went to St. Croix for a completely different reason.

It is common for enlightenment-seekers to embark upon pilgrimages to places like Nepal, Lourdes, or the Holy Land to experience a spiritual journey of ethereal splendors. Ours was a spirited journey of ethanol savories. St. Croix is a good choice for such a journey for two reasons:

1. Even though the island is a mere twenty-two miles long and seven miles wide with a population of just 50,000, it is home to three distilleries.

2. Cocktails on the beach is the local sport of choice and there are plenty of places to participate.

We visited all three distilleries by day and made sure to check out local cocktail bars each night in order to properly conduct… well, let’s just call it “scientific research.”

Upon Arrival — The Beach Bar at Hotel on the Cay

One of St. Croix’s nicknames is “Two Cities” because there are, in fact, two cities — Christiansted on the northeast coast and Frederiksted on the west. In the middle of Christiansted Bay, there is a small island, and that’s where you’ll find Hotel on the Cay — which takes up the entire island and served as our home base for the trip. You actually have to take a small shuttle boat back and forth for the 500-foot trip to and from the hotel, which is part of the fun. But there is also a picture-perfect, swaying palm-tree-lined beach AND a classic beach bar. Weary, hungry, and thirsty from our day of travel this was the natural first stop.

As you would expect, at The Beach Bar, there is a bar. Toward the spectacularly clear water is a burger and sandwich stand because cocktails on empty stomach es no bueno. One of my happiness life rules is that when you visit a bar for the first time, ask the bartender what their best drink is and order that. This accomplishes two things:

In this case, our bartender recommended a popular local drink called a Cruzan Confusion (St. Croix locals refer to themselves as “Cruzan” or “Crucian”).

And Cruzan is the name of one of the distilleries on the island. This drink is comprised of Cruzan Mango Rum, Cruzan Coconut Rum, pineapple juice, and a splash of Grenadine.

Every bar has its own variant. But be careful… it’s one of those simple, fruity ninja cocktails that go down easy on a warm day and can sneak up on you.

Early the next morning we set off to the first stop on our distillery tour — The Captain Morgan Distillery. Captain Morgan is the second most popular Rum in the world and every drop is made right here on St. Croix.

The original formula for their signature Spiced Rum was originally created by the Levy Brothers — a pair of pharmacists in Kingston, Jamaica. Seagram purchased the rights to the formula and brand and brought the brand to a thirsty marketplace. Diageo owns them now and moved production to St. Croix more than a decade ago in a brand new, purpose-built facility. The tour was brief but educational. The stills are gleaming stainless steel and bigger than any I’ve seen before, and I’ve seen a LOT of stills.

The sugarcane is pulped and continuously distilled up to an astonishing 190 proof — nearly rectified. Then the bulk Spirit is sent to their exclusive warehouses in southern Illinois for barreling, aging, and seasoning depending on the product.

And they sell a seriously impressive amount of Rum — upwards of 70 million liters per year (>94 million bottles). The best part of the tour was the generous tasting session at the end. Each of us received half-shots of four different agings plus two bonus shots to taste some of their new flavored and ready-to-drink products.

The Cruzan Rum Distillery was founded in 1760 — that’s more than two hundred and sixty years of Rum-making on St. Croix at Estate Diamond.

The ruins of the original sugar mill are still located on site. They not only make their house brands of Cruzan Rum, but they are one of those stealth producers who make Rum for many other brands and several private label Spirits as well. The Nelthropp Family has managed the entire operation across eight generations and several changes in ownership. The affinity of the people with the Cruzan brand is plain to see. EVERY bar stocked ample inventory of their white, aged, and flavored Rums.

The most impressive stop in our distillery tour of St. Croix was also the smallest. Sion Farm Distillery is the brainchild of Chef Todd Manley. Manley owns several restaurants on the island and is a serial entrepreneur. He envisioned a true island Vodka made from breadfruit — a super-crop with many uses, and that’s a part of the story here. If you remember your history, back in 1787, Lieutenant William Bligh was dispatched by King George to secure seedling breadfruit from King Pōmare of Tahiti and take it to the British colonies of the Caribbean. The ship, of course, was the famous HMS Bounty and the resulting mutiny meant that breadfruit planting in the Caribbean would have to wait a few more years. But this is the story of how a Vodka made from breadfruit in the Caribbean came to be named “Mutiny.” Anyway, they have a lovely little café and a full bar. As a prelude to the tour of their facility, we snacked on gourmet treats of smoked duck canapés with cherry compote and blue cheese crumbles while sampling a flight of their tasty Vodkas. And if you are a spice-lover, they have a Vodka infused with Scotch Bonnet chilis that are perfect with Ginger Beer. The things I do for work, right?

The tour was seriously impressive. But you need to know that I broke the rules just a bit. I intentionally lagged back while the tour went on because the master distiller — Art Wollenweber — was at work and I wanted to pick his brain. Here’s why….

Like I said, I’ve seen a LOT of distilleries. And while what unfolded in front of me was tidy and compact, what I saw is a facility that that has a copper pot AND and a column still AND a secondary column with an infusion basket AND everything else you need to support that setup. In short, this is a facility that can make just about anything — from Whiskey to Rum to Gin to Brandy and beyond — in addition to their signature Vodkas.

When we got home, I dug deeper.

Art Wollenweber is a chemical engineer who was a director of production engineering for ethanol products. Then he was a senior distiller for Diageo at (you guessed it) Captain Morgan. In addition, to create the lovely-distillery-that-could setup they are running here, they got design help from Chris Richardson — the CEO and Head Distiller at Chesapeake Bay Distillery. These guys are fairly new to the game, but they built right from the start and deployed some experienced intellectual firepower.

Keep an eye on these guys. I expect more great things.

We stopped at least a dozen places during our stay, and we didn’t even get to see half of the top-notch cocktail bars dotting the shoreline. I have to take a moment and mention The Rum and Wine Bar in the heart of Christiansted. And the BES Cocktail Lounge has a lovely wall made of coral in addition to their fine drams. But for us, the highlight of the bar scene was Breakers Roar located on the ground floor of the King Christian Hotel.

The Breakers Roar is a classic Tiki Bar with all the fun and flamboyance that this implies. I struck up a conversation with our server Kenn who introduced me to the manager, John Driscoll. I know superior cocktails when I am tasting them, and I was certainly tasting them.

Not only were they beautiful presentations, but the flavors were perfectly balanced and the ingredients were obviously superior to the Spirits served by most beach bars.

Turns out that they use only premium Spirits. And as for the mixers, they make many of them in-house to ensure quality and freshness. Grenadine, Falernum, Allspice Dram, Turmeric Tincture, and more — all made from scratch behind the bar.

It was so good we came by twice so that we could sample more of their creations. Yes, I do like the performance and spectacle of a flaming drink arriving at my table in a kitschy glass. But the flavors were delicious too. Nothing but goodness. If you make it to St. Croix, don’t miss Breakers Bar.

Dreaming of Our Inevitable Return to St. Croix

So many beach bars, so little time. Three days was simply not enough. But since we now live in the Caribbean (Puerto Rico), we are already plotting our island-hopping return with a stop on Saint Thomas as well.

St. Croix is a wonderful place filled with lovely people and a cocktail culture worth wrapping your hands around. 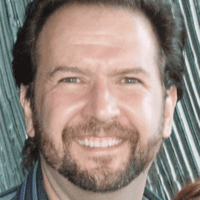