Everything You Need to Know About the King of Cocktails: The Old Fashioned 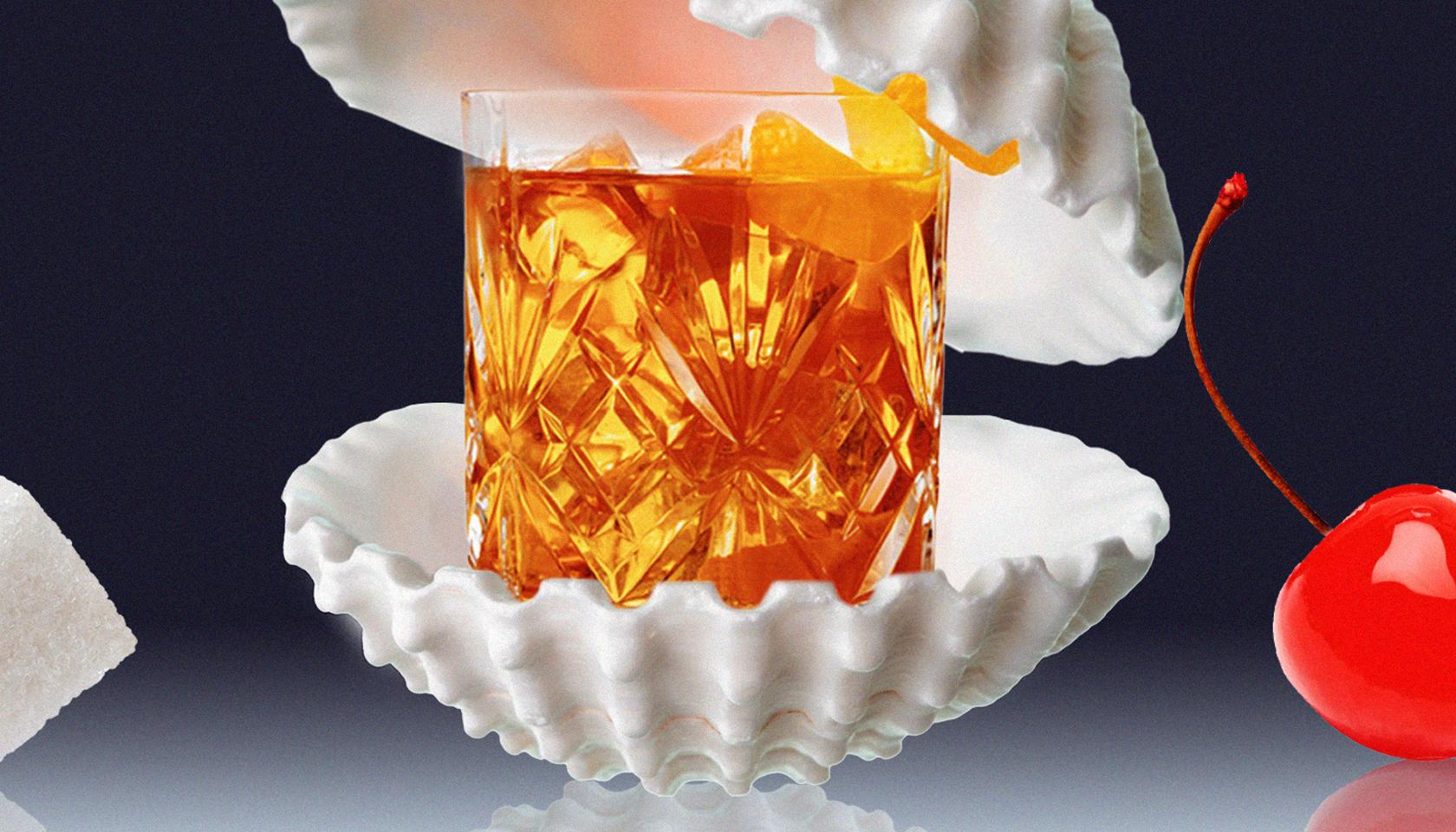 The Old Fashioned was named the official cocktail of Louisville, Kentucky, on June 4, 2015. According to most sources, it was invented at the Pendennis Club in 1881 when patrons supposedly asked for a cocktail “made the old fashioned way.”

To many this meant sugar and bitters, as the alcohol back then was still made without government regulations and could be hard to swallow, literally, without a bit of help.

Over the years, the recipe got, well, muddled. Some people were literally muddling fruit-like oranges and cherries into their Old Fashioneds, while others opted for the simple classic expressed flamed orange peel overtop.

There is no shortage of strong opinions about this topic among the bartenders in Louisville. But as long as you make something that has Bourbon, bitters, sugar, and some sort of orange peel, you’re generally safe calling it an Old Fashioned. How to make a basic muddled Old Fashioned?

Muddle sugar, orange slice, and cherry in the bottom of your serving glass. Add ice, Bourbon, and bitters. Stir and garnish with flamed orange peel.

For this cocktail, you can use Bourbons for under $100.

In 2014, we were chatting about Bourbon with Erik Adkins of Hard Water (also referred to as "Whiskey Heaven" among its San Francisco clientele). You can check his version of the Old Fashioned recipe to see how the cocktail is prepared in one of the best Whiskey bars in America. Again, there are endless variations you can make here...

You can muddle in some different fruit, use Rye Whiskey, or even use Brandy for a Wisconsin Old Fashioned. One Louisville bartender has his own special recipe using a syrup he makes from Craft Beer.

“Beer Syrup is a non-alcoholic syrup made from different styles of Craft Beer that can be used behind the bar as well as in the kitchen,” says Louisville Bartender and Beer Syrup Company Founder Russ Meredith. “When used to make cocktails such as the Old Fashioned, Beer Syrup is essential to changing the overall flavor profile of the cocktail since there are very few ingredients in the recipe. I like to use different combinations of Beer Syrups and flavored Bitters to offer a twist to the Old Fashioned, and this has always been one of my favorite recipes using the Pecan Nut Brown flavor."

"It's light and malty with a nutty finish, and when used instead of other sweeteners, it gives the Old Fashioned cocktail more body due to the malt base from the beer. I like the flavor it offers, and when paired with the right Bourbon, it makes one of the best Old Fashioneds I've ever had.”

A post shared by The Beer Syrup Co. (@thebeersyrupco)

How to Make Nutty Old Fashioned?

Combine all ingredients in a midnight glass and stir with ice. Strain into an Old Fashioned glass with an ice ball and then garnish with an expressed orange peel. Is Manhattan the same as an Old Fashioned?

No, surprisingly similar, but deliciously different.

What about ice? As always, it depends on the individual drinking it. Traditionally Manhattans are served straight up after being mixed with ice, so they are cool, but served without any ice. Old Fashioned’s are typically served on a giant ice sphere.

There are many ways to make an Old Fashioned, and it’s an easy cocktail to try at home. Mix up a few different variations until you find the one you like best, or better yet, put together an Old Fashioned bar for your guests to experiment for your next gathering!

Read more about:
Published May 27th 2021
By Team Flaviar