No One Knows What Pennsylvania Rye Whiskey Should Taste Like

Published in:
By Lew Bryson 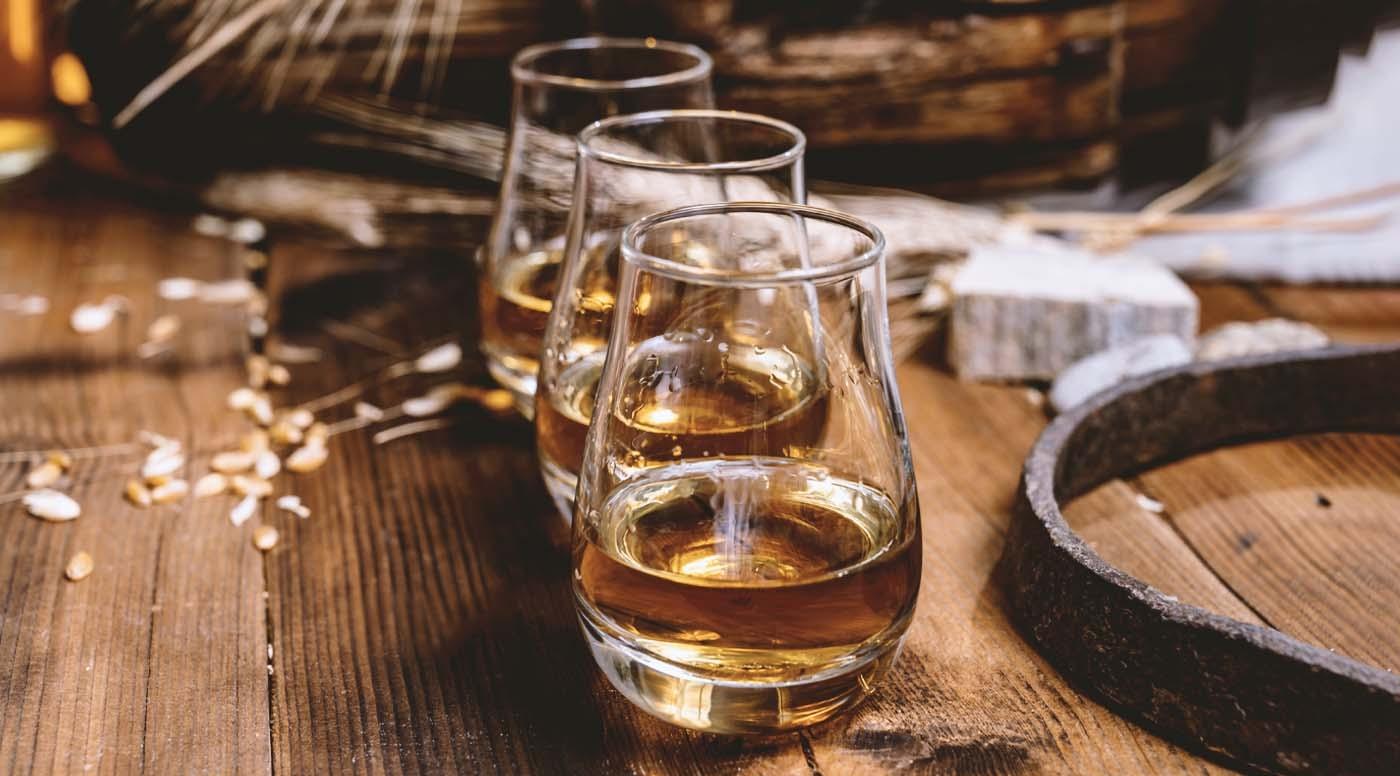 I’m a proud son of Pennsylvania. The family first arrived here in 1741, and except for a few wanderjahre in my 20s, I’ve been here all my life. I have deep PA roots, almost as deep as rye whiskey.

The Oberholtzers, later to be known as the Overholts and creators of an eponymous rye whiskey landed in Bristol, Pennsylvania, in 1710. In a beguiling coincidence, they arrived just a few months after the ancestors of Jim Beam landed at the same port. Both families even crossed the Atlantic on the same ship, the Mary Hope.

Even though the first recorded mention of rye being mashed and distilled in America predates that by 60 odd years (and takes place in Massachusetts, of all places), Overholt and his colleagues would make rye whiskey practically synonymous with the Keystone State in general, and the Monongahela River Valley in particular. There’s currently a revival of interest (and pride) in Pennsylvania rye whiskey going on. Beam Suntory has realized what a potentially valuable property they have in Old Overholt, and it has been investing time and money in the brand. The 100-proof bonded Overholt is no longer chill filtered and a potent 114-proof bottling has just joined the brand’s regular lineup. (It will curmudgeonly be a companion to Beam Suntory’s Old Grand-Dad 114-proof bottling.) And its signature 86-proof whiskey is now once again aged for four years—it had been reduced to aging for just three years. The Overholt label even now proudly states: “Born in PA – Made in KY.”

But there’s also been an explosion of small-producer rye whiskies made right in Pennsylvania. Brands like Wigle (Pittsburgh), Liberty Pole (Washington, the center of the Whiskey Rebellion), Eight Oaks (New Tripoli) and Dad’s Hat (in Bristol, where the Overholts landed) are made here, and quite a few more of Pennsylvania’s 100 plus distillers are riding the rye rails as well.

I was honored recently to be asked to take part in a working committee created by those rye whiskey distillers to craft a definition for “Pennsylvania rye whiskey” that will be proposed to the state legislature. Such a definition would value and preserve the traditions of the state’s product, and protect it from casual use by distillers in other states and countries. If “Tennessee whiskey” and “Empire Rye” deserve such protection, surely Pennsylvania rye, with its very real history reaching back more than 250 years, deserves it, too.

We’ve yet to have our first substantive meeting on this, but as I prepared for it, I realized that we had a very basic problem. What the hell is Pennsylvania rye whiskey? I started thinking about that question and quickly ran into trouble.

It would be an easy call to say it’s rye whiskey (as defined by the Federal Government, thanks for doing the heavy lifting) that’s made in Pennsylvania. Handshakes all around, email the definition to your state reps, drink a celebratory toast and then call it a day. Good work, everyone!

The definition for Empire Rye, a New York State appellation, requires that 75 percent of the mash bill be made of local rye. So, do we want to take that partial requirement as a model? We could even reserve the possibility of increasing the percentage of required local rye if more of the state’s farmers began to see the potential of growing the grain. While New York requires their Empire Rye to be made from three-quarters rye grain, in the eyes of the Federal Government the mashbill only has to be 51 percent rye. So, do we want to join them on that, or even boost the percentage of the grain higher?

Speaking about the grain, do we want to specify the specific strain of rye? Distillers and farmers across the country are cooperating to revive heirloom strains of rye used a century ago. It’s now not uncommon for brands to use Rosen, Danko and Abruzzi ryes to make their whiskies.

It’s impossible to talk about Pennsylvania rye and not talk about the sticky issue of “Monongahela rye.” You often hear this term bandied about by whiskey drinkers, but is this historical nomenclature a real subtype? Supporters of this opinion declare that Monongahela rye used no corn, but a mixture of rye and barley malt (or sometimes an all-rye formulation using rye malt). But there was hardly a consistent set of ratios for the grain base of this whiskey—certainly no more than there is with today’s bourbon, which literally ranges from 51 percent to 100 percent corn, and all points in between.

If we’re going to define Pennsylvania rye, do we also define a tighter definition for Monongahela rye? If we do, would a geographical limit be part of that definition, requiring a distillery to be physically located within the Monongahela River watershed in order to make Monongahela rye? We insist on that for Tennessee whiskey, after all; it’s reasonable. But it is limiting, and for that matter, what does being made in the Monongahela Valley add to the flavor of the whiskey?

If you think this is getting complicated, sit back and get comfortable, we’re just getting started. Once you have the grain, wherever it was grown, how do you mash it? Rye whiskey in Pennsylvania was usually made with a sweet mash, not a sour mash, as Kentucky distillers made their whiskey. Is that important enough to include in the definition?

What about distillation? Recent research has revealed that quite a few Pennsylvania distillers used a type of still that fell out of use before World War II, the three chamber still. The first such still to be made in decades is in use at the Leopold Brothers distillery in Colorado, and it makes a spirit that is undeniably different in character from that made in either column or pot stills. But we don’t know if historical distillers bottled the three chamber output straight, or blended it with column or pot still whiskies. Was Pennsylvania rye aged in new charred oak barrels, as is the industry and regulatory standard in modern times? Or were barrels used more than once, as they are in Canada, Ireland and Scotland? Perhaps in a larger consequence, most Pennsylvania warehouses were brick or masonry, and steam-heated, not the tin-clad, unheated wooden rickhouses common in Kentucky. It’s expensive to build and maintain such facilities, but are they part of what made Pennsylvania rye a prized commodity worldwide?

Well, my friends, the truth is...I don’t know. I don’t know whether any of this makes Pennsylvania rye what it is. More to the point, I don’t really trust anyone who says they do know, definitively, what the ‘true’ definition of Pennsylvania rye is, or that of Monongahela rye. There are exceptions to almost any rule we might propose.

This whole thing reminds me of the scholarship that’s been done recently in brewing history. In the early years of American homebrewing and craft brewing, we heard a lot about how beer “styles” were to be made, numbers and specifics, color, bitterness, type of hops, alcohol levels and so on. Differences were scorned by some who loudly proclaimed that this wasn’t “traditional.”

But searching out records more than 300 years old, showed that beers we thought we knew—porter, mild, pale ale, and oh my goodness, IPA—had changed significantly over the years, sometimes by customer choice, sometimes by technological advancement, and often by pressure of regulation. What we thought of as the traditional paradigms were often merely what had been made in the past 30 to 80 years.

Why would the historical path of whiskey be any different? There have been advances in technology: agronomy, chemistry, microbiology and data collection. The last of which has made a huge difference in barrel usage. There were the massive blows of Prohibition and World War II as well as the rise of vodka and lighter Canadian whiskies. Just like beer, people’s tastes for whiskey changed, and whiskey changed with it...or went away, like rye almost did. Total American-made rye whiskey sales in the mid-’90s were under 20,000 cases a year, and none of it was being made in Pennsylvania.

While it was being made, Pennsylvania rye whiskey clearly evolved. It was originally an unaged spirit made in pot stills, then advanced to become a barrel-aged whiskey made in column and three-chamber stills (some even made of wood). Distillers also adapted to the changing availability of different rye strains.

Maybe even more clearly, it was never a single, agreed-upon thing. Distillers were making whiskey, not writing regulations or standards, and they made it as they saw fit. Given all this, any modern definition should probably include more occurrences of “or,” and less of “must” and “cannot.”

Does that necessarily mean we’re right back to “rye whiskey made to federal standards in Pennsylvania”? Not at all, though I will admit that it’s a good place to start. There certainly won’t be many arguments about it from the Pennsylvania distillers!

I think they’d agree on limiting the amount of corn in Pennsylvania rye. I’d be happy with 10 percent or less; I’d be happy with none. Corn in whiskey is something more associated with Kentucky distilling. I’d also like to see it contain at least 5 percent rye malt; I’ve had whiskey made with and without the rye malt, and it definitely makes a difference in the aromatics. Mashing and fermentation seems like something that should be left up to an individual distiller. But aging gets a little tetchy. Should there be a requirement for heated warehouses, made of brick or stone? There’s at least some historical support for this, but they are expensive, both to build and maintain. I would strongly support a minimum age of one year, not currently included in the federal regulations. No more than a year, though, because I’ve had some year old ryes that were pretty damned tasty.

But the most important thing to include in any such definition is that it is a modern definition. Honor the past, but don’t be bound by it. This should always be about making good whiskey, the best whiskey a distiller can make.

Better or not, the only thing we do know is that everything was different.

There’s no way to even know how different. There are well-kept bottles from those older days; I’ve been lucky enough to taste them. But do they taste today like they did then? It’s a rule of thumb that “whiskey doesn’t age in the bottle,” but it’s not true. It changes, but much more slowly, and not the same way it does in the barrel. We don’t know what whiskey tasted like in the late 1800s, the heyday of Pennsylvania rye.

Our job today—as consumers, who influence the industry, however indirectly—is to sample widely, and then do what comes naturally: buy what you like the best. That’s the best way to get good Pennsylvania rye whiskey today.

Lew Bryson has been writing about beer and spirits since 1995. He was managing editor of Whisky Advocate magazine from 1996 through 2015, and a Senior Drinks Writer for the Daily Beast from 2017 through 2022.