3 Reasons To Make Irish Coffee Today (and 1 Against) 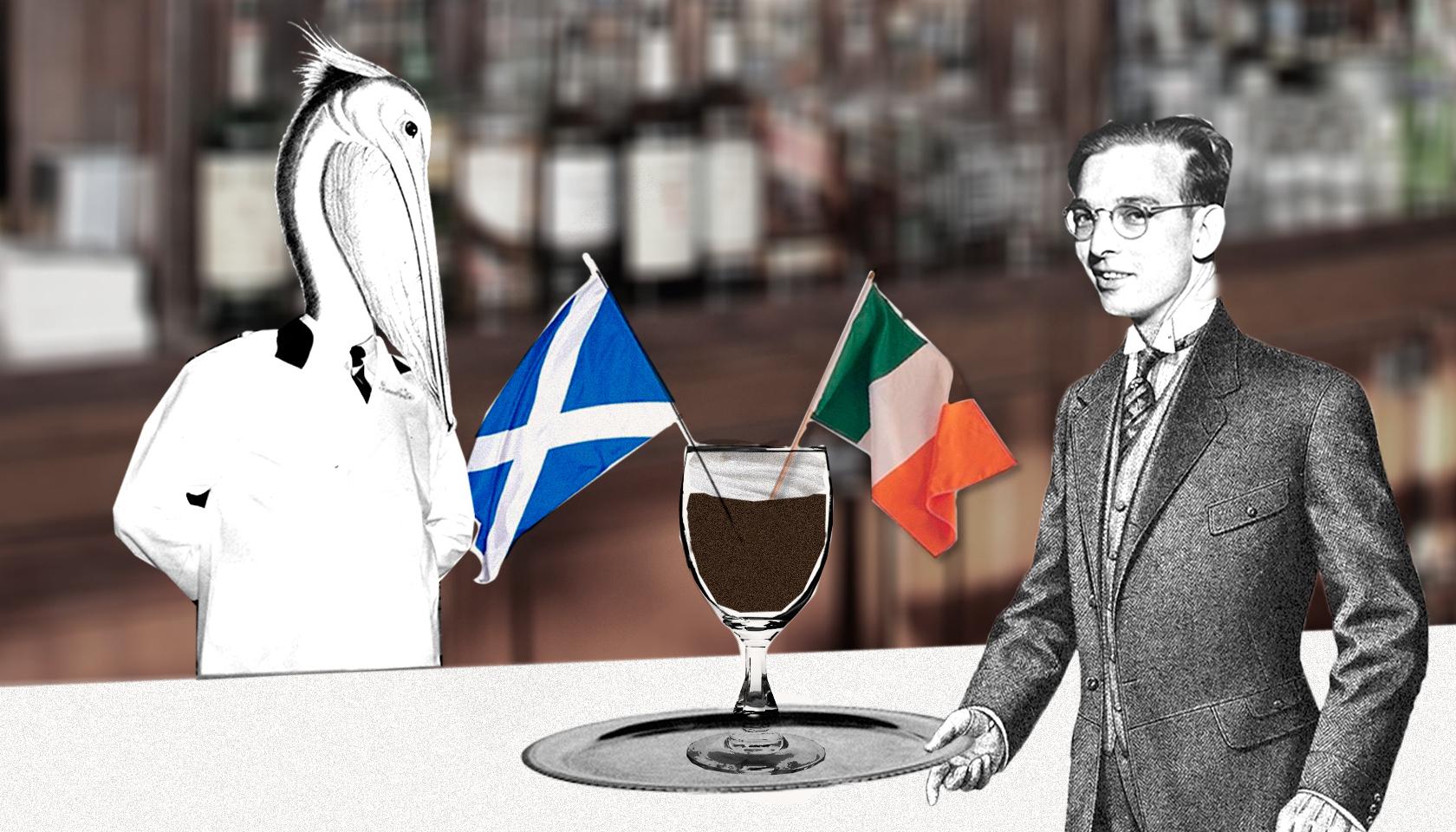 Do you ever wonder what exactly Irish Coffee is, who invented it, and what's the tastiest recipe? It turns out, we've come to loosely throw that label at any drink consisting more or less of hot coffee and a Spirit topped with cream.

As per usual, there's more to the dram than meets the 'uncaffeinated' eye. From the name to its predecessors, here is all you'll (extremely likely) ever need to know about Irish Coffee, but most of all - should you have one, pronto?

There's a fun story on how Irish Coffee was created - 'The one with Joe Sheridan.' The damp and shivering travelers he set to warm up in body and spirit inspired the head chef at the Irish restaurant by the airport.

But it was the Pulitzer-prize winning journalist Stanton Delaplane who is widely credited (also by himself) with bringing the cocktail to San Francisco - catapulting it to long-drink-superstardom. Allegedly, he even went on a cream-oriented excursion to the motherland to ensure texture authenticity.

However, there are many 'recorded' Irish-Coffee-like concoctions predating the two men like the Maria Theresia or the Biedermeier-Kaffee from the early 1900s Vienna. Why is it called Irish coffee?
Even the tale of the tipples’ name alludes to its relative commonality. Supposedly, one of the Foynes Port restaurant passengers asked if that was Brazilian Coffee, and he answered: 'No, it's Irish Coffee.’

What does Irish coffee taste like?
It tastes like the final boss of creamy, comforting, and sweet coffee washed in your favorite Spirit. *Aggressively salivates in Gaelic*

How to make Irish coffee?
Gaelic Coffee, or properly 'Caife Gaelach,' is conventionally served in a toddy glass where you're to combine hot coffee, brown sugar, Irish Whiskey of choice, and finish it with gently whipped heavy cream. Which coffee to use for Irish coffee?

The OG recipe for Irish Coffee asks for a hot, strong brew, but you'll also find it mixed with iced coffee at warmer locations.

For the most part, any freshly-brewed espresso, filter coffee, or American coffee will do.

Many prefer a dark roast coffee (the Parisian roast and press amongst the most regarded), but you can also use something like Colombian roast for a lighter variation. Just make it hot, thick, and delicious.

Which Whiskey to use for Irish coffee?

When it comes to choosing the proper Irish Whiskey, there're many roads to take. The most effective being - go with something you like.

If your go-to Erin's finest doesn't pop to mind and you're looking to go beyond the classic Jameson, these are the drams you'll find can bring a certain twist to your mix.

Generally speaking, you'll have fewer challenges achieving a balanced and tasty drink with a blended Irish Whiskey due to their gentler palates.

These four will bring out different characters. To brush up on your taste types, browse our selection of best Irish Whiskey under $100, and you’re good to go.

You Can Make Scottish Coffee Instead

This could be a controversial statement at first glance, but Scotch buffs matter here.

The cocktail mentioned above consists of pretty much the same ingredients as for Irish Coffee. A hot, fresh cup of coffee, a sweetener (many use vanilla, or even a simple syrup), Scottish Whisky you prefer. Some add a little citrusy twist at the end to balance the drink out, but you're free to experiment as long as the ultimate coffee lover's experience remains intact. Which Whiskey to use for Scottish coffee?

Like its Irish cousin, this drink doesn't usually play nice with the heavier palates, so go with something less peaty and punchy.

The silkier, the better, could be a rule here! We're thinking:

But if you fancy doing deeper down the coffee-Scotch pairings, check our selection of best Scotches under $100 and get busy. We'd love to know what you come up with. Make sure to let us know below or on social media - will you be making an Irish Coffee inspired drink soon?

No matter your initial response, wait until you're tired, cold, and sick of the winter - you might need one sooner than later! Remember to include your proud Uncle Bob in the post!