India Calling - What's All the Fuss about Indian Whisky? 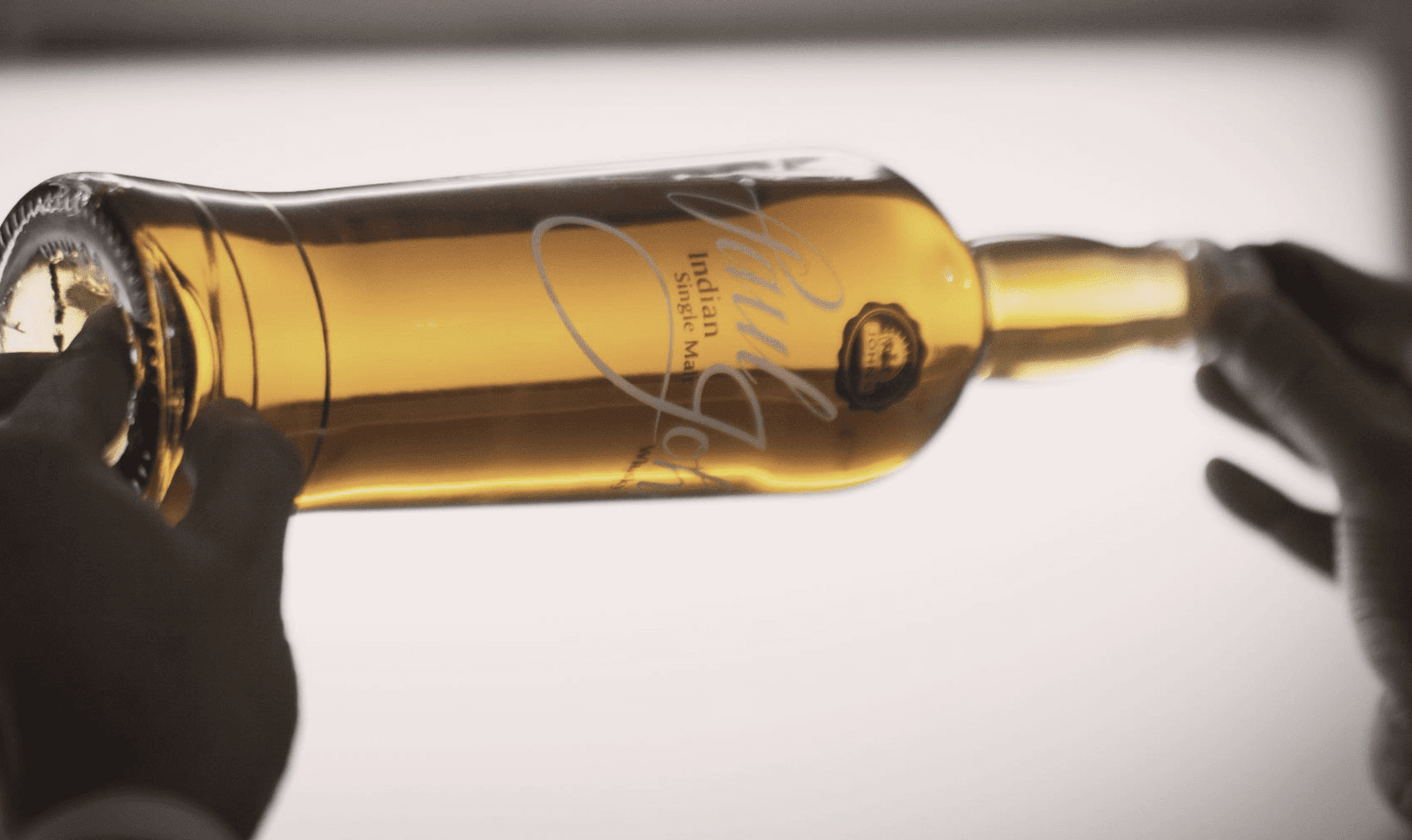 Many people may not immediately think of India as a major Whisky producer, but that’s exactly what it is. The malt made there is diverse and exciting, so let’s take a closer look at just what Indian Whisky means.

Where it all began

Whisky has been in India since it was colonised by the British. Scotch was very popular with the British soldiers and was imported in large quantities. It was also not unheard of for the British to set up distilleries in India as well like Edward Dyer did in Kasauli. He had the parts brought in from Scotland.

? SOLAN DISTILLERY ?. . ? We couldn’t be part of that history but atleast we can hold the history in our hands ?. . ? The day you post the picture of latest release from solan distillery... the same evening you are holding one of the oldest expression ! TOTAL HAPPINESS ?. . ? Founded in 1855 by Edward Dyer Kasauli distillery is one of the oldest distillery in Asia. . ? This one is from the times much before the Dyer distillery became the Mohan Meakin ??. . ? Probably @single_malt_whisky_club_smac & @the.whisky.advisor can throw some more light ?. . #slainte #whisky #whiskylover #whiskyporn #whiskytasting #singlemalt #solandistillery #picoftheday #whiskeysour #whiskeybar #whiskeylife #maltwhisky #cocktails #rarewhisky #mohanmeakin #indiansinglemaltwhisky #heritage #instabest #whiskycollection #whiskey #whiskeyporn #rum #instawhisky #peaceloveandwhiskies #tonightspoison #whiskyloversindia #whiskynotion

The first producers of Whisky in India were Amrut, who have been established since 1948, although they produced other Spirits first. It was in 1982 that they started producing Whisky. However, single malts were not popular at the time, so the liquid was used to create blends.

Paul John, the second most notable Indian Whisky producer, has been creating Whisky since 1996. Again, they mostly specialised in blends but began making single malt in 2008.

Most of the 189 million cases of Whisky produced in India isn’t what we would consider Whisky. Rather than being made from malted grains, it is made from molasses and is thick and very sweet. In fact, Whisky accounts for nearly 60% of the Indian-made foreign liquor market. 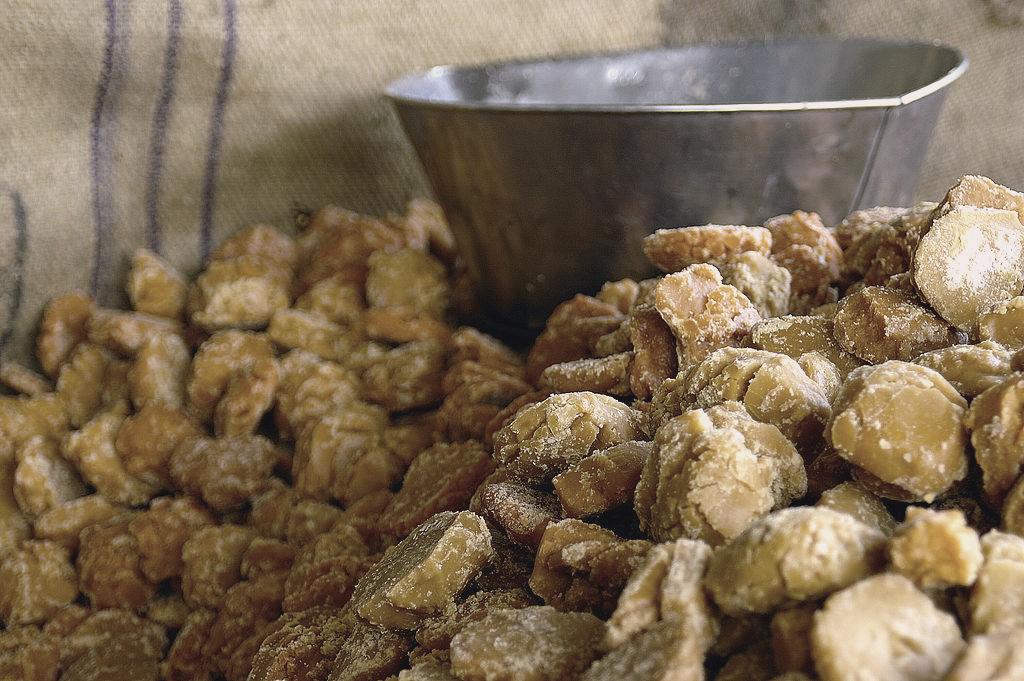 This stuff is massively popular there because it is easy to access and it is cheap, around $18 per bottle, oftentimes less, whereas blended Scotch costs around $24.

Whisky by Scotch standards, as produced by Amrut and Paul John amongst others, is considered craft in India. But Scotch itself only accounts for around 1% of Whisky consumed in India. The irony of this is that they sell brilliantly outside of India, all across the world, but very little domestically.

Indian Whisky is produced in much the same way that Scotch is. The exception is that Angel’s Share is going to be much, much bigger considering the difference in temperature.

One year of maturation in India is similar to three years in Scotland, so much of their malt is younger. To be sold in the EU it still has to be aged for 3 years, but Indian malt is less likely to come with high age statements like 12 or 15 years.

One of the 3 massive aging rooms at Amrut Distillery

They also use 6-row barley, rather than 2 row, which is more commonly used across the globe, and this is said to impart a spicier character. It is also grown in the north of India, so has to be transported long distances to be distilled in the south, where Amrut and Paul John are based.

The grain isn’t typically used in other parts of the world because it isn’t modified for use in making malts. However, it produces a spicy flavour profile that many Indian producers think it better.

We use Indian 6-row barley sourced from across the vast lands of #Rajasthan & #Haryana to the foothills of #Himalayas. Due to high fibre and protein content, the #6RowBarley offers a distinct and bold depth of character to the spirit. PC: @reubensingh.in #PaulJohnWhisky #PaulJohnBrilliance #IndianWhisky #Whisky #SingleMalt #Barley #Goa #India #IndianBarley #6RowBarley

A post shared by Paul John Whisky (@pauljohnwhisky) on

It is still made in pot stills and oak casks, so a lot of the processes are the same. The flavours will be affected by the environment and ingredients used. Any peated malts made in India are made from Scottish peat of pre-peated barley that has been imported.

Indian Whiskies tend to be fruitier than other country’s malt. they are also very sweet, with bog notes of caramel, treacle and vanilla.

Fruits really do abound in Indian malt, especially fruits you don’t get in Scotland, like mangoes, bananas and pineapple. The body tends to be slightly lighter and fresher due to the shorter length of time the liquid spends in the casks.

Amrut Fusion Single Malt Whisky is an exceptional Indian single malt and has been recognised with multiple gold medals and awards.

The nose begins with big notes of barley and malted grains. Lots of citrus fruits and spices also come through. The palate is peaty and warming, with spices and more fruit. The flavours are really well developed and the difference between this and a Scotch is obvious. The body is refreshing and light, dancing over your taste buds. Darker notes of bitter coffee and chocolate come in towards the end. The finish is rich and bold, with more peat and sweet caramel.

A post shared by Paul John Whisky (@pauljohnwhisky) on

The palate drips with honey and vanilla caramel. Oakwood, with hints of malted grains and leather, appear. It is richly spicy and warming, with a really mellow mouthfeel. It ends with more fruit and a dash of cinnamon.

Rampur is aimed at the discerning single malt drinker who is receptive to new experiences, the subtleness of flavour and uniqueness of taste.

The nose of the Rampur begins with a fruit bowl of flavours. It also has lots of sumptuous dried fruits, like raisins and apricots to give a slight tang to the flavour. These flavours blossom on the palate. The fruit becomes fully ripe, bursting with flavour and mixing well with the warming cinnamon and nutmeg. The finish is strong but short, with more spice and final caramel sweetness.

With more and more Indian Whisky being developed for export, it is no wonder that this is an exciting category to explore and understand; go forth and sample some exotic Whiskies from this exotic country and tell us what you think of them.