What is Single Malt? 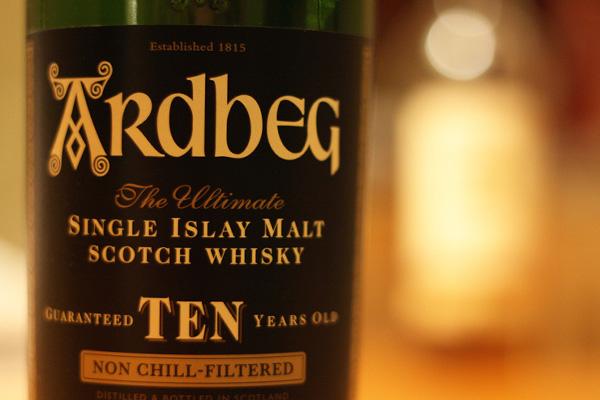 Well, its actually a blend.
Yes campers, Single Malt Scotch is indeed a blend but, as opposed to Blended Scotch, Single Malt is a blend of Malt Whiskies from one distillery only.

Blended Scotch has a large base Whisky, usually a grain, that is then topped up with a blend of Single Malt Whiskies from anywhere up to about 40 distilleries.

It all started off as a perk for the staff

Single Malt Whisky has been around for a couple of hundred years or more but was mostly sold or handed out to distillery staff and locals, especially in Speyside at Glenfiddich and on Islay at Ardbeg, Laphroaig and Caol Ila.

These lucky folk, who were all given a dram up to five times a day completely free of charge were in fact taking part in an unofficial focus group. The Single Malts they said were great were casked and sent to the warehouses, the ones they did not like were often sent to the blenders! This practice had to stop in the late 1970s however as people were getting far too inebriated… tough life for the Islay islanders eh?!

Diamonds mean love, Volvo is safe and Single Malts are better than Blends. But are they really?

Traditionally, Single Malt is more expensive than blends despite only being commercially available since around 1963 when Glenfiddich took their all malt Whisky to market.

The believe of Single Malt being better than Blended Scotch was actually created by the ad guys behind the initial Single Malt launches in the 1960s including the tagline “You’ll never stand for a blend again” which ultimately cannibalised the blends market and meant prices are now rock bottom for high volume products.

Flavour profiles vary so much between Single Malts but would not be 100% unique when compared to Blended Scotch. Both types of Whisky share similar descriptions and tasting notes holistically, just in different volumes and each brand and product creating their own distinct iconic flavour.

Now, there is of course a higher tiering of Single Malt Whiskies, the rarer and punchy Single Cask Whiskies. These are simply very limited edition bottlings that have come out of a single cask, so not blended at all, not watered down and not in any way vatted together.

These releases are quite rare, unless you’re a member of the Scotch Malt Whisky Society who only bottle cask strength Single Cask Single Malt Whisky. Typically distilleries bottle at cask strength for very limited edition releases or their ‘experiments’ that are finally ready to be shared. Flavour profiles, as with Single Malt vary hugely but these are a lot punchier.

How to Drink a Single Malt Whisky

Always try Single Cask Whisky neat first and take a couple of sips. Some need no water, but some really open up and soften once you add just two or three drops. Explore, find the best way for you to enjoy!

And once you find it, let us know: What's your favourite Single Malt?