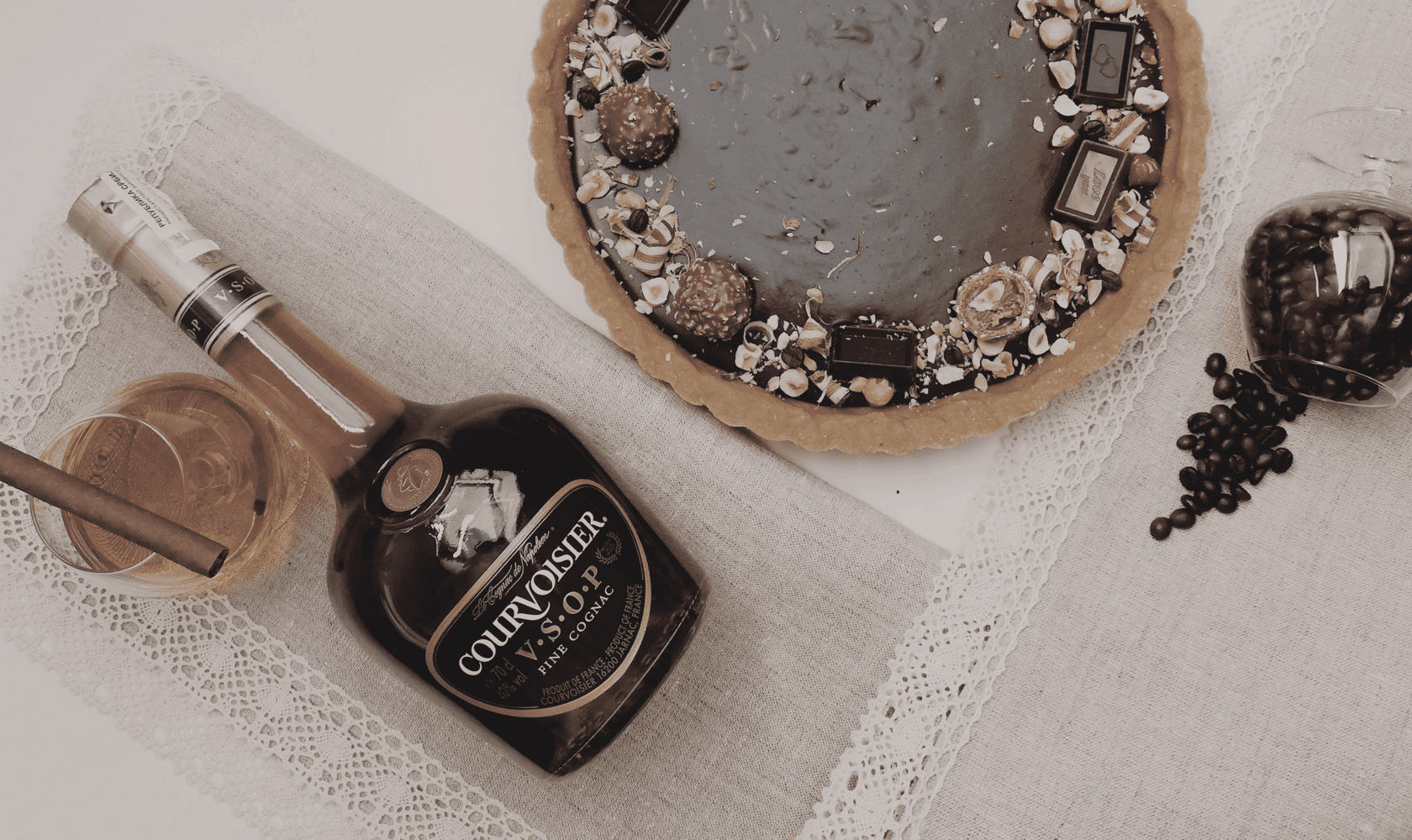 Well, it’s long past time you tried because it is naturally designed for food.

First, what is Cognac?

It's a Brandy which means that it’s a Spirit distilled from grapes. The name derives from a region in south west France and it’s an appellation just like Champagne so only Brandies made from grapes and in a specific process defined by the local appellation can get this name. 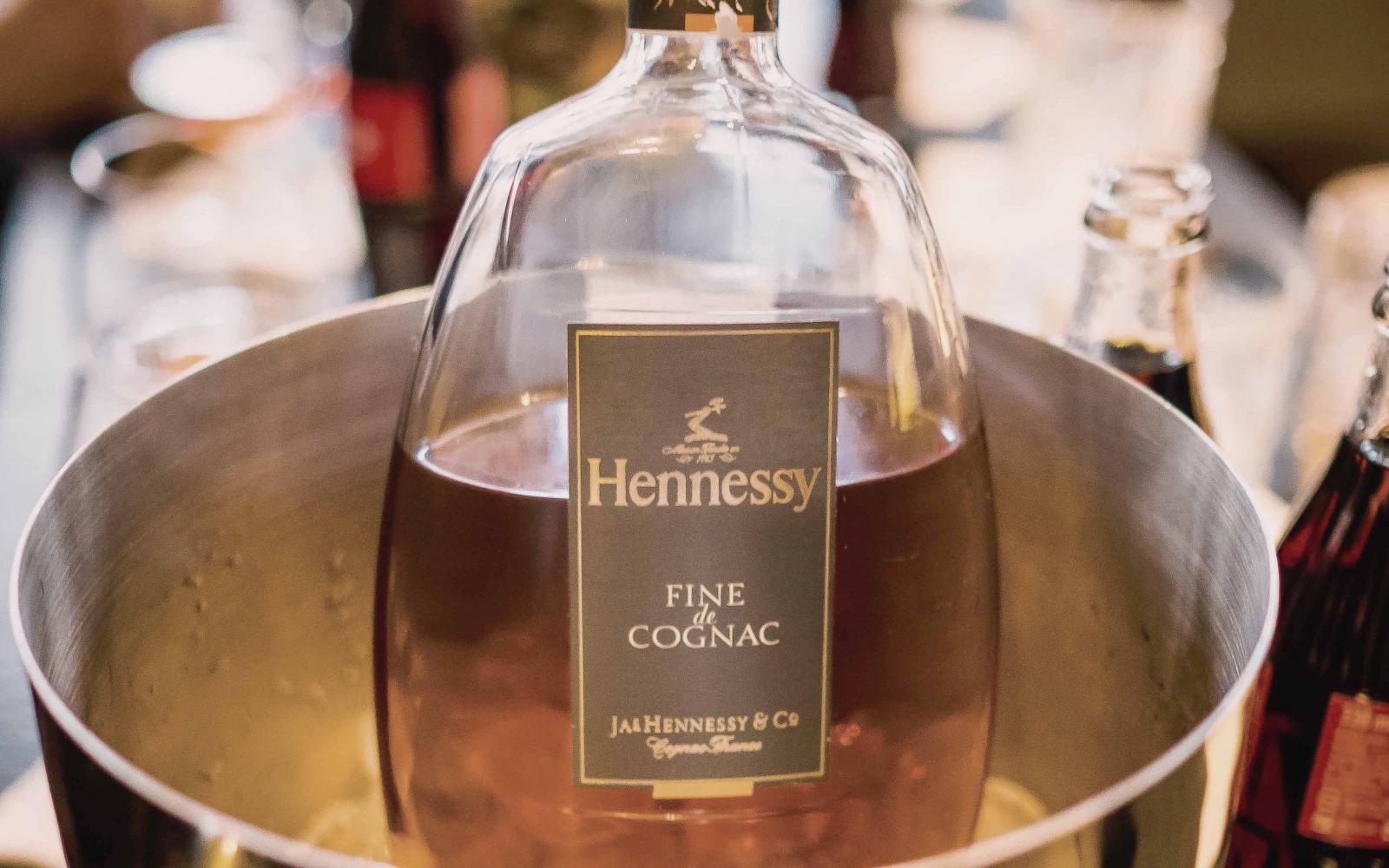 Brands hit the big time with Hennessy and others which have found fame and financial success through pop culture, its name and visually checked in a variety of songs and videos like this one. Cognac is intimately entwined with the idea of France, so much so that most of it is exported. People just can’t get enough of that concept!

Cognac has been around for quite some time. It’s a fundamental component of local culture which means that it’s fully integrated in how people eat and cook because they do both with this Spirit.

Since it’s so high in alcohol you can readily burn Cognac and that’s what a lot of traditional recipes do, they flambe (“flamed” in French) dishes savory and sweet like crepes suzette.

But it’s much more versatile than a culinary heating device. Local chefs tuck it into recipes to add a bit of bite or background. It is widely used in pates, nutty desserts, and stews to add a hint of something special. And, of course, it’s a big deal in the cocktail world.

The French 75 adapted to Cognac or the French Manhattan, what could go wrong? If you want to get creative there are plenty of recipes that integrate Cognac into recipes like Cognac Chicken, Beef Stroganoff, Beef tenderloin, Carrots Cognac, I could go on.

But really, keep the Cognac in your glass

Even better than cooking with Cognac, you’ll want to drink it while dining. Not that I have anything against cooking with it nor making cocktails with it, but once you match it to a great meal, you’ll look at it in an entirely different light. Two distillations and a rest in oak calm some of the passions of this Spirit and create angles that match some foods while cutting through the fat of others.

Start your meal by pairing with a plate of charcuterie, you’ll find that it cuts through the fat of a pate, dances with spicy ‘Nduja, and duels with aged prosciutto or Jamón ibérico. Things really get interesting with main courses because that’s where the fat comes into play. Wolfgang Puck was really onto something when he made Penne alla Vodka famous at Spago, alcohol cuts cream and fat and spirits with nuance like Cognacs complement them as well.

One of the classic combinations is with mushrooms because they have such funky, barnyard flavors, and are frequently served in a cream sauce along beef. The trifecta of savory, creamy, and beefy is a perfect partner.

But the real sin qua ultra Cognac pairing is with wild game. There’s nothing better than a roast duck, grouse, or venison served alongside something subtle. The combination of fat, gamey meat, and sides like mushrooms (again!) or potatoes make that dining experience something you will never forget.

And when you’re finished with your meal, you can savor another glass of Cognac alone or along with dessert because there are few things better than a snifter with a cheese plate or chocolate sampling.

Bourgoin is a new label from siblings who clearly have a keen sensibility for Cognac and beyond, they even make a Verjus and perfume among many other experiments.

Maison Dudognon makes some of the most respected and well-priced Cognacs in the business. Their reserve is at a bargain at $50. If you are interested in bargains, check out our selection of best Cognacs under $50!

Paul Beau Cognac has been producing since 1895 and has a number of exquisite bottles designed for sipping. But if you want to try one that is approachable and a perfect match for food, try their VS Cognac.

Levon Cognac leans heavily on its roots in viticulture both locally in France and historically with a call back to King Levon of Armenia for its name. Armenia is one of the probable locations for the origin of viticulture so the region is well worth celebrating. Try their Petite Champagne VSOP Cognac.

And btw: Did you know that Cognac does not have to be expensive? Browse our selection of best Cognacs under $100!