Drink to Your Health: The Medicinal History of Whisky 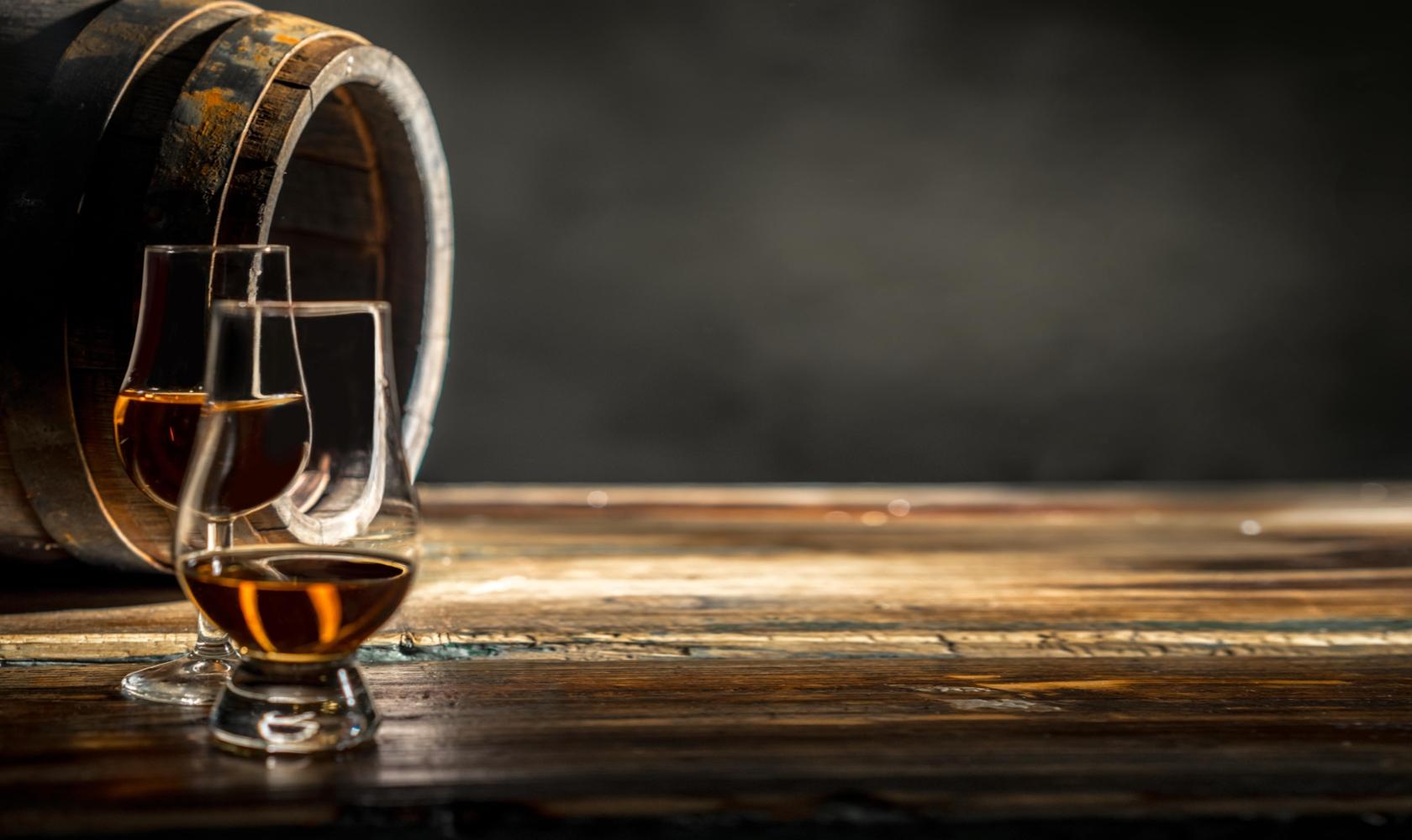 Beer making in the British Isles dates back several thousand years, and it wasn’t at the time an ideal wine-growing environment, so it is no wonder that when the technology of distillation came to the Isles it was put to use on fermented grain. The word “Whiskey” comes to us from the Gaelic “usquebaugh,” meaning—once again— “aqua vitae,” or “water of life.” In Ireland, knowledge of distilling likely came from monks returning from pilgrimages, and evidence of distillation becoming somewhat common there starts at the beginning of the 1400s.

The first written reference to grain distilling in Scotland comes in a 1494 order of malt from the British king to be sent to a Benedictine friar to make spirit. In 1506 Edinburgh’s Guild of Surgeon Barbers (predecessor to the Royal College of Surgeons) was given a monopoly in the production of Whiskey for the region.

The Spirit was considered purely medicinal at first. Sometime in the late 1500s Irish Whiskey’s virtues were listed, a writer claiming that taken in moderation it kills flesh worms, slows aging, strengthens youth, helps digestion, cuts phlegm, lightens the mind, quickens the spirit, cures dropsy, and keeps teeth from chattering, the heart from swelling, the hands from shivering, and bones from aching, among other features.

Early whiskey in the British Isles was flavored with herbs and other botanicals, like early Vodka and Gin. Hector Boece in 1526 wrote, “When my ancestors were determined of a set purpose to be merry, they used a kind of aqua vitae, void of all spice, and only consisting of such herbs and roots as grew in their own gardens.” A traveler before 1617 wrote of Irish Whiskey that it was preferred to British aqua vitae because it contained raisins, fennel seed, and other ingredients to mitigate the heat and make it taste pleasant. The Art of Distillation lists a recipe for “Usque-Bath or Irish Aqua Vitae” with Wine, raisins, dates, cinnamon, nutmeg, and licorice infused into aqua vitae. He notes, “This liquor is commonly used in surfeits [illness due to excessive eating or drinking] being a good stomach water.”

Irish Whiskey entered the London Pharmacopoeia in the 1677 edition along with other new entries: Peruvian bark (cinchona) and human urine. You win some, you lose some. Other accounts of early Whiskey describe its being flavored with a species of Scottish pea, and as late as 1755 Whiskey was defined as “a compounded distilled spirit, being drawn on aromatics.”

Brandy and soda had been considered a healthy drink in the Isles, but in the last decades of the 1800s the phylloxera pest epidemic caused Brandy to become limited and many drinkers to switch to scotch or Irish Whiskey with soda. Irish Whiskey brand Kinahan’s was advertised as “delicious and very wholesome . . . universally recommended by the profession,” and Dunville’s was “recommended by the medical profession in preference to French Brandy.” Kilmarnock Scotch was advertised as follows: “Kilmarnock, or Old Highland Whisky, is a pure and well-matured Spirit, and in combination with Rosbach water is a healthful and delicious beverage.” Whiskey and soda was lauded as healthy by both the whiskey makers and the soda water bottlers, and the drink became so popular that Whiskey makers changed their blends to better suit the drink.

In 1889 Queen Victoria of the United Kingdom (1819–1901) was advised by physician Sir William Jenner to give up claret and Champagne and drink only Scotch and Apollinaris water. The combination, which was advertised as Scotch and Polly, was popular enough that a song by the same name written by E. W. Rogers was a radio hit around 1900. The refrain went:

Camper English is a cocktails and spirits writer and speaker who has covered the craft cocktail renaissance for over 15 years, contributing to more than 50 publications around the world including Popular Science, Saveur, Details, Whisky Advocate, and Drinks International. With a focus on the nerdy side of mixology, he has studied everything from the history of carbonation to the science of clear ice cubes. He has been awarded International Cognac Writer of the Year by the Bureau National Interprofessionnel du Cognac and Best Cocktail Writer at the Tales of the Cocktail Spirited Awards. His website is Alcademics.com.