Welcome the Daiquiri Back Into Your Life 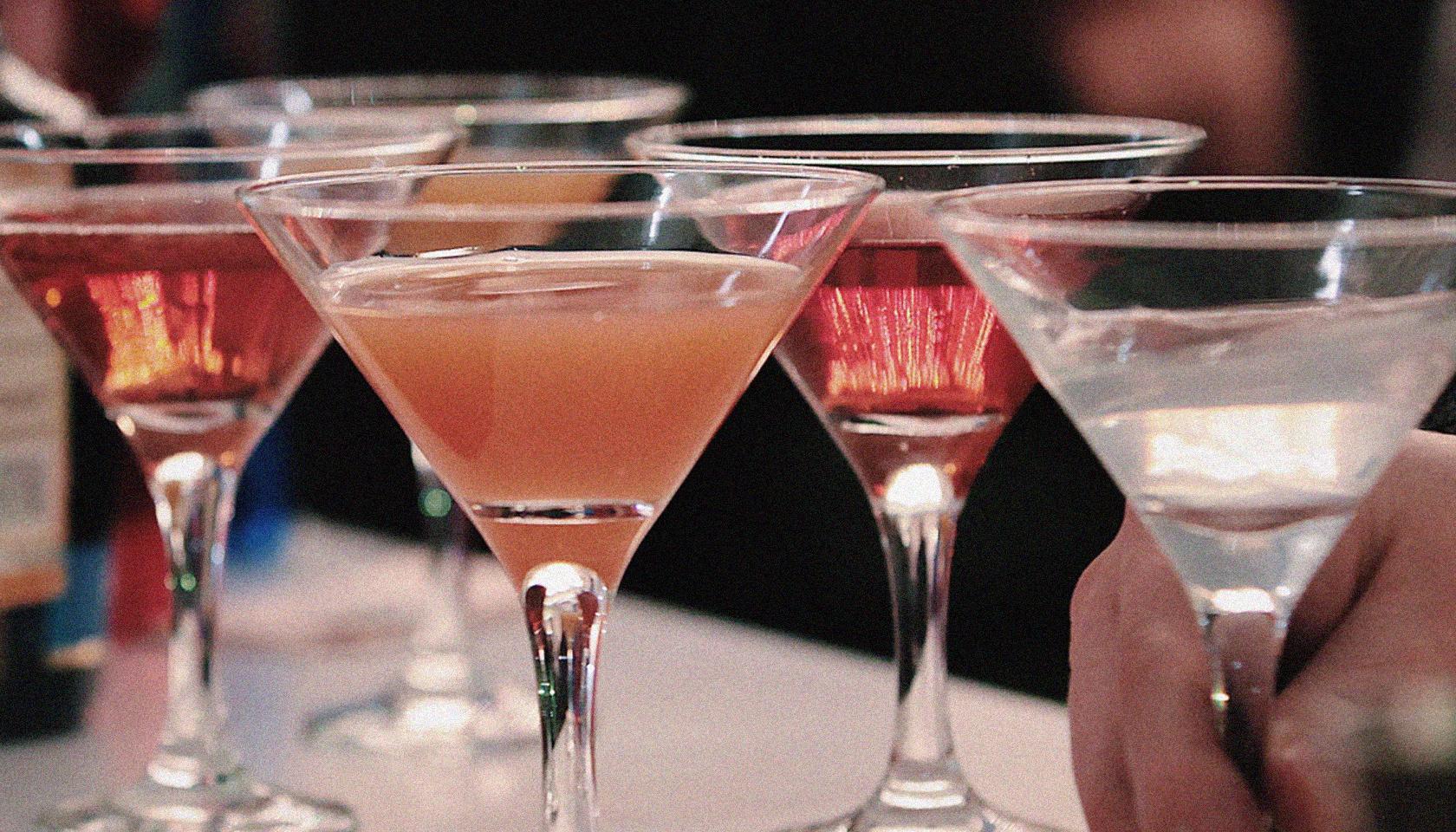 The Daiquiri sums up so much of the allure of cocktails. There’s a Daiquiri named after Hemingway, JFK loved them, I bet you can almost picture yourself at a worn wooden bar in the Havana humidity as your tuxedoed bartender shakes one in front of you.

But the Daiquiri is far more than evocative, it’s one of the most functional and fun cocktails out there - if the mercury is rising this is a go-to compliment to the heat. And you can embrace all the history, just don’t forget to have fun.

Where does the Daiquiri come from?

Like many cocktails, it seems that the Daiquiri was formalized in the early 20th Century. It owes its name to a mine near Santiago de Cuba surrounded by sugar cane fields near the Bacardi Rum distillery.

A drink like it may have long existed under another or no name simply because it was so simple. Some have even pointed out that the British Navy recipe for grog contained Rum and lime juice as a distinct precedent. What is clear is that the Daiquiri cocktail grew out of a culture of profound exploitation.

Rum was a foundational element of the Triangle Trade that brought slaves to the Caribbean and the US and kept them working and living in inhumane conditions on plantations throughout the area.

There is a cluster of origin myths for a Daiquiri that is roughly two parts Rum, half part lime, half part sugar, and an incredibly diverse set of interpretations that continue to this day.

Many sources point to Rear Admiral Lucius W. Johnson bringing it to the Army and Navy Club in Washington, D.C. in 1909. The PDT Cocktail Book by Jim Meehan says that “Charles H. Baker claims his friends Harry Stout and Jennings Cox created the Daiquiri in a village of the same name situated outside the Bacardi plant in Santiago de Cuba.”

While the Smuggler’s Cove cocktail book by Martin Cate and Rebecca Cate says that the recipe was “set in stone by legendary barman Constante Ribalaigua of the famous Floridita bar in Havana” by 1935.

Even further back than that, the Savoy Cocktail Book from 1930 lists a similar recipe and cites Joseph Hergesheimer’s “San Cristobal de la Habana:”

"The moment had arrived for a Daiquiri. It was a delicate compound; it elevates my contentment to an even higher pitch. Unquestionably the cocktail on my table was a dangerous agent, for it held in its shallow glass bowl slightly encrusted with undissolved sugar the power of a contemptuous indifference to fate; it set the mind free of responsibility; obliterating both memory and tomorrow, it gave the heart an adventitious feeling of superiority and momentarily vanquished all the celebrated, the eternal fears. Yes, that was the danger of skillfully prepared intoxicating drinks…. The word ‘intoxicating’ adequately expressed their power, their menace to orderly, monotonous resignation. A word, I thought further, debased by moralists from its primary ecstatic content… but then, with a fresh Daiquiri and a sprig of orange blossom in my button-hole, it means less than nothing.”

So, who really knows? It may have even happened in multiple places at the same time. What we do know is that by the 1930s the Daiquiri was a well-known quantity in cocktail culture.

London’s Savoy already had it on their menu and, with Prohibition in full swing in the United States, drinking culture had shifted dramatically to easily accessible countries like Mexico and Cuba whose national drinking cultures rapidly adapted to US tourists.

The famous among them carried that idea far and wide like Hemingway who is reputed to have sat in Havana’s Floridita Bar drinking quite a few Daiquiris customized to his taste. The apocryphal story about his recipe is that he tried the Floridita’s house Daiquiri and said, “That’s good, but I’d prefer it without the sugar…and double the Rum.”

Essentially that’s all alcohol so bartenders have since balanced it out, kept the name-brand association, and are still running away with it.

Hemingway Daiquiri aka the Papa Doble

Instructions: Pour ingredients into a blender, add 2-3 cups of ice. Blend to your desired consistency and serve immediately in a chilled glass.

The most widely served Daiquiri variations are with fruits. You just take that Frozen Daiquiri recipe and add the fruit of your choice.

Some prefer to use fresh fruit; others freeze their fruit and reduce the proportion of ice by the amount of frozen fruit. The most common fruits are strawberries, watermelon, and peaches because they’re all sweet and blend well but other berries and melons work equally.

What Rum is best for Daiquiri?

The inevitable question is “What Rum should I use in my Daiquiri?” And the answer is very subjective.

Will you kill me if I tell you to use your favorite Rum and if you like it, keep using it? If that answer makes you homicidal then answer this question: Do you want to taste the Rum or not? If you love the flavor of a well-blended cocktail and aren’t particularly partial to a specific Rum then choose a good Agricole Rum like the JM Blanc Agricole Martinique that has the benefit of both tasting great and is very easy on the wallet.

But I urge you to try some of the fantastic Rums out there today because there’s never been a wider variety to choose from.

There are excellent  Mexican Rums that have a more briny cast to them like Paranubes and Cañada. There are fantastic traditional Rums from Haiti like the Clairin Sajous and the Providence which, express a different identity.

Or choose an exciting project from Jamaica like the Foursquare / Hampden, a molasses base that gives it a full-throated flavor.

The simple answer is that they’re so distinctive and straightforward. Anyone can make one. Anyone can make a good one. And they are fantastic alone or with a meal. If it’s hot, there is little competition.

They are part of the larger family of sours which is a spirit + citrus + sugar. Think Caipirinha, Mojito, Whiskey Sour, and all the other variations. A sour family line even descends through the Daisy into the Margarita.

While dining with Daiquiris is unorthodox it’s also highly recommended because the Rum and citrus pair well with both heavier fare like the bean and roast meat dishes that are popular in Caribbean cuisines as well as classic ceviches.

It’s no secret that Pisco Sours - see, the same family! - pair well with Peruvian ceviches so take a page from that book.

Where to drink Daiquiris?

We live in a sad time. The past 18 months have been devastating in every sense which makes it awkward to recommend bars both because it can be hard to square going out with the mortal losses we’ve sustained and the halting state of the hospitality industry so please take these thoughts with that in mind.

Many places aren’t yet back up to speed and may take quite some time to get there. And I know that many people just aren’t interested in going out yet. When you’re ready, hopefully, everyone else will be as well.

This is the bar that was supposed to have inspired Hemingway’s Daiquiri, which still serves his and other styles. It’s a tourist attraction but travelers continue to describe it as very atmospheric.

Tiki has come and gone and come and gone so many times that I’m not really sure whether it qualifies as a trend any longer. Fortunately, you can experience the entire evolutionary cycle of the Daiquiri in San Francisco.

If you’re looking for classic kitsch and fun then head to the Tonga Room & Hurricane Bar where there’s a floating barge, indoor rain, and very strong Daiquiris.

Or hop a cab to Smuggler’s Cove which is one of the new generations of Rum bars. Founder Martin Cate embraces the kitsch in design and a portion of the menu but he’s also deadly serious about Rum so if you want to try flights, a classic or experimental Daiquiri, this is the place.

New Orleans’ liberal drinking laws mean that go cups - plastic big gulp cups - are filled with cocktails and you’re expected to roam with a cocktail in hand. Local bicycles even come with cup holders so that you can drink while cruising.

There are tons of Daiquiri shops that make the local humidity more bearable, try one like Fat Tuesday to get oriented with the classic “go cup” experience.

Have you had a Daiquiri in Havana? Did you swoon like Hemingway?