Published in:
By Grisa Soba
Ernest Hemingway was one of America's most important novelists, a short story writer, journalist, adventurer, fisherman, hunter, Nobel Prize winner… and also a man who happened to be *very* passionate about his booze.

Counting the glasses was not his thing, but what you can learn from him is how to truly enjoy your drinks.

Travel the world, one drink at a time

Well-travelled adventurer that he was, Hemingway never missed an opportunity to get to know a place and its culture through the local tipple: Absinthe when in Paris, Rum in Cuba, Kummel and Schnapps in Germany … “Don’t bother with churches, government buildings or city squares. If you want to know about a culture, spend a night in its bars,” he once said. 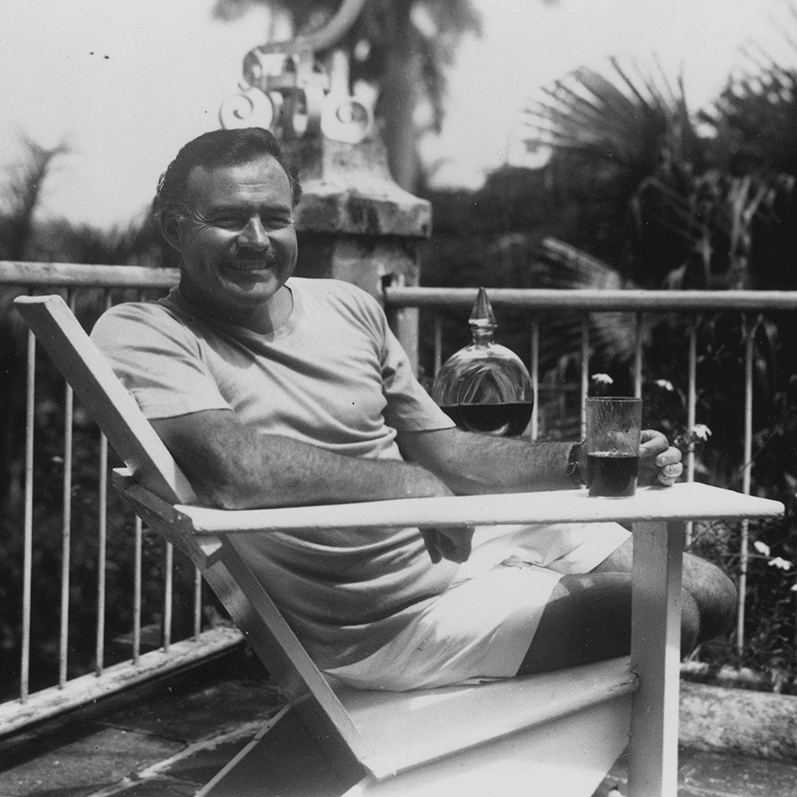 It is said that Hemingway used to have a quart of Whiskey a day. While nobody would recommend you to follow his lead in terms of quantities, it is true that a good Whisky should be the staple of every bar or home spirits cabinet.

You'll also find it mixed up in a number of classic cocktails. In short, there’s no such thing as a spirits lover who doesn’t know their stuff about Whiskies (and Whiskeys).

Although he seems to have apparently never declined the offer of a glass of ambrosia, Ernest Hemingway had one very strict rule: “The only time it isn’t good for you is when you write or when you have a fight. You have to do that cold.”

On this we agree - tasting and drinking alcohol is best enjoyed when relaxed and in the company of your friends. In the words of the smartphone generation: Work Hard, Play Hard.

There are a number of cocktails Hemingway was very fond of: Negroni, Gimlet and Josie Russel, to name just a few. There is a common misbelief that he loved
Mojitos more than anything else, when his favourites were really Dry Martini and Daiquiri. Champagne with a shot of Absinthe was a creation of his own making that he named after his non-fiction book about bullfighting, Death in the Afternoon.

Quite typical for an American, his drinks had to be freezing cold. He once described a method of using tennis ball cans to make dense tubes of ice he then used for Martinis. He also liked to freeze his cocktail glasses: “So cold you can’t hold it in your hand. It sticks to the fingers.”

Always keep a drinking quote up your sleeve 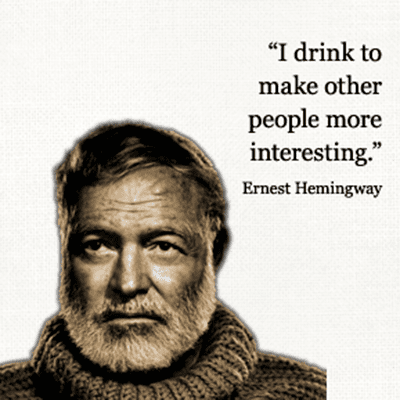 This one has to be optional. We know Hemingway was a master of words, making it easy for him to say something smart and cool, so we
won’t hold it against you if you can’t come up with a legendary quote whilst sipping your drink.

“The world is a fine place and worth fighting for,” Hemingway once wrote. 'But nobody gets out alive,' we would take the liberty of adding.

And with that in mind, can you please call your friends right now, say something cheesy, and celebrate your great friendship with a delicious treat!
Read more about:
Published Apr 10th 2014
By Grisa Soba