A real deal hand crafted Bourbon made 100% from scratch on site in Wyoming.

At Wyoming Whiskey they are proud of their state and their spirits. the distillery was founded in 2009 by Kate and Brad Mead and their friend David DeFazio. But they had the help of an experienced guiding hand — Steve Nally, former master distiller at Makers Mark. The first commercial Whiskey was released as a four year old in 2012, but they state that all current Whiskies are a minimum of five years old. Importantly, they state loud and clear that none of their spirits are sourced. Every drop is distilled and aged on site at their facility in the Big Horn Basin of Wyoming, all the grains are farmed within one hundred miles, and the water comes forma local well sunk into an ancient limestone aquifer. And you’ve just got to respect that.

Wyoming Whiskey Small Batch Bourbon Whiskey is their flagship product. We know that their mash bill consists of 68% corn, 20 % Wheat, and 12% malted barley. It’s fermented with a proprietary combination of two yeasts — a well-kept secret. They even breakdown the exact amount of each in gallons and pounds that goes into each small batch. What matter is that each small batch yields forty, fifty-three gallon barrels. And since this is a small batch process, each batch can have slight differences in flavor profile (just the way we like it). This Bourbon is worth a dram of your attention.

The Flavor Spiral™ shows the most common flavors that you'll taste in Wyoming Whiskey Small Batch Bourbon Whiskey and gives you a chance to have a taste of it before actually tasting it.

Appearance / Color
Dark Amber
Nose / Aroma / Smell
The nose is strong with raisins and floral notes and a dash of caramel.
Flavor / Taste / Palate
The flavor is both sweet and a little savory with a bright, full mouthfeel and notes of rancio =, caramel, brown butter, baking spices, and a hint of mint.
Finish
The finish is medium to long with a trailing vanilla cream and spice mix. 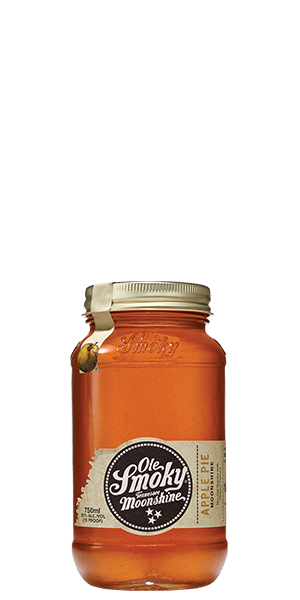 Jonathan, Feb 20, 2020
Average all around. For the price, I would pick up Henry McKenna or Blantons.

Benjamin, Feb 10, 2020
This is the first shipment I have gotten from Flaviar and I have to say it is delicious. I am just now learning to identify flavors and I definitely get some caramel and vanilla with a smokey aftertaste. It is very smooth and I will definitely be getting more from Wyoming Whiskey.

Todd, Feb 8, 2020
I'm still a bourbon novice, and identifying flavors is still coming around. I definitely pick up caramel and a good amount of sweetness. I took a few minutes between sips, and the flavor that lingered was very pleasant.

thomas, Feb 7, 2020
My first purchase from Flaviar, and I was not disappointed one bit.

Chad, Feb 6, 2020
After reading the story of Wyoming Whiskey, this Patriot just had to try it. I am new to bourbon. This stuff is so dang smooth for this newbie! Git-yer-self some!

Jaime, Feb 3, 2020
I liked the flavors, but overall it didn’t linger long enough and felt too light to me.

Peter, Jan 31, 2020
It's not bad. Nothing unpleasant about it. But for the price, there are a lot of better options in my opinion. It's just a little flat and boring. Average bourbon.

Sahar, Jan 17, 2020
It's good but definitely spicier than i generally like my bourbon to be. The caramel aftertaste comes through really nicely though.

Stieler,, Jan 17, 2020
Very smooth. One of the best bourbons I've had. You can really taste the vanilla/caramel notes. Such a great bourbon with an ice cube or just neat.

Justin, Jan 9, 2020
Very good whiskey. Nice and sweet upfront and a spicy finish on the end. Goes down smooth. Will be adding to the home bar.

Elle, Jan 8, 2020
Very caramel; tastes as described. An enjoyable whiskey. Appreciate the non-GMO. Good straight or mixed. If you like Four Roses or Elijah Craig, you'll enjoy this Bourbon. I'd buy it again. Adding it to the home bar.

Corey, Sep 7, 2019
Tasty, but prob would try something else over a repeat purchase.

Alexander, Apr 30, 2019
Just picked one up locally, a bit of a punch of alcohol up front, however it has a really nice finish. This is another that I think will grow in years to come when it matures.