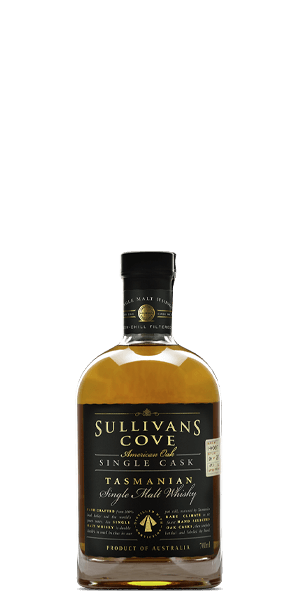 With ten international medals, Sullivans Cove American Oak Single Cask is the most-awarded Spirit. It was also the first Australian Whisky to be designated "Liquid Gold" in Jim Murray’s Whisky Bible. It was aged in ex-Bourbon casks, but has no official age statement. We think that’s because it’s a combination of various ages of their signature Single Malt. To our taste buds, it sips like it’s ten to eleven years old — but this is a single cask release, so the profile will vary a bit from batch to batch. Importantly, it’s bottled at a lovely 47.5% ABV.

The Flavor Spiral™ shows the most common flavors that you'll taste in Sullivans Cove American Oak Single Cask and gives you a chance to have a taste of it before actually tasting it.

Nose / Aroma / Smell
The aroma is rife with pecans and cashew nuts followed by oatmeal, orange zest, and a bit of apple.

Flavor / Taste / Palate
The palate opens with an elegant combination of toffee and vanilla followed by a dose of citrus and hazelnut.

Finish
The finish is solid with nuts and vanilla.

Sarah, Jul 26, 2019
Smooth whisky I have tasted. Absolutely love it. Wish I could get a bottle now.