The Macallan Edition No. 6

Founded in 1824, The Macallan is one of the "Big 3" Single Malts in Scotland. Fortunately, they have achieved this scale without sacrificing quality. A change in UK labeling laws aced them out of their "Speyside" designation. But just because the British Parliament gerrymandered the "official" boundaries doesn’t mean Whisky-lovers have to pay any attention.

Their achievements are numerous — including setting the record price ever paid at auction for a single bottle of Scotch. They produce a very broad range of world-class Single Malt Whiskies that have a huge global following.

The Macallan launched their "Edition" series in 2015. Each release explored a single element that contributes to the Macallan remaining one of the most popular Single Malts in the world. For example, Edition 1 focused on wood management, Edition 2 on the special casks used, Edition 3 on the craft of Spirit-making, etc.

The Macallan Edition No. 6 is the last in the series and it focuses on the majestic River Spey that winds past the distillery and has defined a sought-after style of Single Malt for generations. The Macallan Whisky Maker Steven Bremner selected five distinct cask types to use in this release. And it is bottled at a very pleasing 48.6% ABV.

The Flavor Spiral™ shows the most common flavors that you'll taste in The Macallan Edition No. 6 and gives you a chance to have a taste of it before actually tasting it.

Flavor / Taste / Palate
The palate is fruit-forward with marmalade and plum over toasted oats, sultanas, and baking spices.

Finish
The finish is medium length, warm, and fruity. 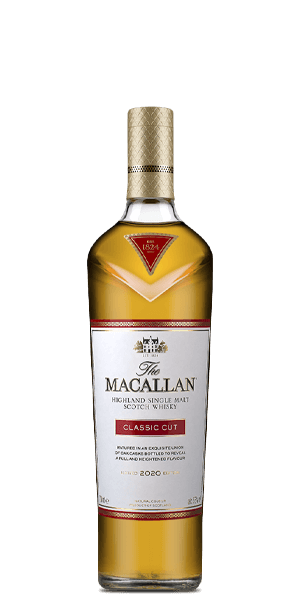 Andrew, Dec 30, 2020
Absolutely amazing! A legend was made with this edition!

George, Dec 27, 2020
This will be another bottle of Macallen bought for 100 dollars today and retails at 1000 in five years. Buy an extra bottle as an investment.

Samuel, Dec 3, 2020
Nice whisky, toffee is spot on for the most forward flavor with dark fruit behind it on the palate. Yes, price is high, but still a nice dram.

Alan, Nov 24, 2020
Way overprice for such a bland bottle. MacCallan really jumped the shark with this edition

Shmuel, Nov 19, 2020
What an incredibly mediocre bottle for the price with a terrible aftertaste that sits with you.

Eduardo, Nov 2, 2020
You can smell the nutmeg, vanilla, oak and dried fig, along with some honey and white raisins. Mouth covering with notes of honey, sweet spices and a long lasting finish
Load more reviews