Buyer Protection
Money-back guarantee if things go wrong.
With its 16 years aging in ex-Bourbon casks, deft craftsmanship at the copper pots, lovely presentation, and  superior body and texture, you will be left wondering why you haven’t tasted it before now.

Longmorn Distillery Company was founded in 1893 by three men: John Duff, George Thompson, and Charles Shirres. John Duff was a bit of a legend, having founded several distilleries at the time and enjoying a good reputation. Well, the entire Whisky industry went into recession at the turn of the century and hundreds of small shops were wiped out. If you ask Uncle Flaviar about this dark period in Whisky history he still gets choked up and refers to it only as the “time that shall not be mentioned.”

Anyway, Longmorn suffered through and managed to remain open, but poor old John Duff was wiped out and had to sell all that he owned to pay his creditors. But his heritage remains to this day in the fine Whisky still produced on site. Over the years, Longmorn ownership has changed hands a few times and they are currently owned by the spirits industry giant Pernod-Ricard. The Whisky produced is split between being bottled as their traditional (and fine) single-malt line and being included as a core component of several premium blends, including Queen Anne and Something Special.

Everyone wants a little Longmorn Single Malt in their blend! Those benders love it because of the texture and sweetness it brings to the party. Seriously, this long-overlooked Speyside from the town of Moray is so sought-after by the premium blended Scotch Whisky brands that it can be hard for them to carve out a few barrels of the good stuff to bottle as a signature single-malt. But we are so glad that they do!

Longmorn Single Malt 16 Year has all the right specs … Highland-Speyside, premium ex-Bourbon cask aging, 16 years of patience, deft craftsmanship at the copper pots, and a lovely presentation. The flavors are all there, but what really sets Longmorn Scotch Single Malt 16 Year apart is its gentle sweetness and that lovely mouth-feel. If you are a Whisky fan, you will be wondering why you haven’t tasted it before now.

SmartAss Corner
The malt whisky that was produced at Longmorn quickly became popular with blenders. The National Guardian wrote in 1897: 'Longmorn jumped into favour with buyers from the earliest day on which it was offered.'

The Flavor Spiral™ shows the most common flavors that you'll taste in Longmorn 16 Year Old and gives you a chance to have a taste of it before actually tasting it. 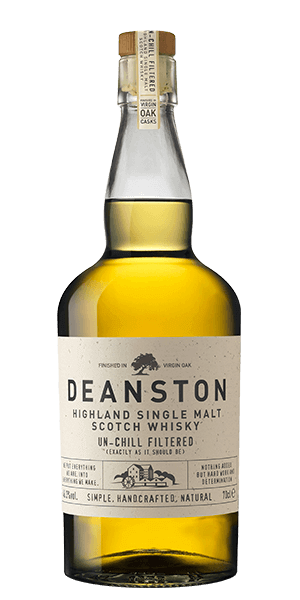 Bryan, Dec 30, 2017
This is a review of the new 16 year old Longmorn (purple box). Really smooth. Honeysuckle, citrus, vanilla, crisp apples on the nose. Toffey, carmel and vanilla marzipan on the palate. Finish is waxy almonds, with a slightly spicy kick. Medium length finish. There's a lot going on here for a light whiskey. Very enjoyable sipping whiskey. I added 2 drops of water and flavors seems to pop a bit more. Great dram.