Distillery
Founded in 1964
Loch Lomond Distillery is set up very close to Loch Lomond, in Alexandria.

In 1814, the first Loch Lomond Distillery was established, just on the north of Loch Lomond. Though, there are very few written records about it and virtually no solid evidence. The current distillery was founded in 1964, by the former owners of the Littlemill Distillery.

Until 1993, they produced only malt Whisky. A Coffey still was added to the setup in 1993, and Loch Lomond became the only distillery to produce malt and grain Whisky under one roof.

Loch Lomond has a strange still setup. The distillery owns 2 pot stills, 4 Lomond stills and a Coffey still. The Loch Lomond stills include special distillation trays in the necks, allowing for greater contact with the cooling alcohol vapour.

Production runs 24/7 on an industrial scale. In total, there are 41 washbacks, 21 used for fermentation and 20 for grain Whisky production.

The Flavor Spiral™ shows the most common flavours that you'll taste in Loch Lomond Scotch. It's based on all Loch Lomond drinks in our large database and gives you a chance to taste Loch Lomond before actually tasting it.

Loch Lomond is the favourite Whisky of Captain Haddock, if you are familiar with the Tintin comic books.
About
Highlands
There's a dram for everyone in the Highlands!

Video from Loch Lomond
Video transcription
For more than a century and a half, Loch Lomond has been proud to be part of the story of Scotch Whisky. The Loch Lomond story is a story of family, who across generations have passed down the traditions, the art, and the craft of making some of the finest single malt and blended Whiskies in the world.

We begin our story in Campbeltown, the Victorian capital of Whisky, and one of Scotland's five designated Whisky regions. Once home to over 30 distilleries, the small port in the Kintyre peninsula is where we've been making Glenn's Scotia malt Whisky since 1832. It's one of Campbeltown's original distilleries where it's still home to the very best traditions of our designs. We continue to produce these malts with the same care, passion, and craftsmanship as we've done for generations.

Loch Lomond is one of the most famous and iconic places in Scotland. Its natural beauty means its name, our name, is on the lips of millions. Established here in the 19th century, we continue to invest in our distillery with state-of-the-art stills and facilities, producing the highest quality single grain bulk Whisky and single malt Whiskies. Our distillery is one of the few in Scotland producing fine single malt Whiskies and what is considered today one of the finest grain Whiskies on the same site. And it's on that site where our Whiskies mature. We just sit back and let nature and seasons and time itself take over.

But even our barrels have a story. Over hundreds of years, craftsmen have learned that it's not new barrels that yield the best Whisky but casks that have already been used for storing Port, Sherry or, our preference, Bourbon. And before we fill the barrels with our malt or our grain Whisky, our own coopers give them the care and attention as part of their age old craft. And when it's time to open the casks, it's the skill and the passion of our master blenders and their ability to combine the science and art of Whisky making that means we have been producing some of the most popular single malts and blended Whiskies in the world for 150 years.

High Commissioner and Clansman are highland blended Whisky at their best. Blended using our own Loch Lomond malt and grain, High Commissioner is now one of the UK's best-selling blended Whiskies. [inaudible 00:03:27] malt and blend are much loved by our consumers around the world. Glen Scotia, Inchmurrin, Glengarry and the increasingly rare Littlemill all have their admirers. And now we're developing an exciting new range of aged, non [inaudible 00:03:47] expressions of these precious and sought after brands, as well as single-cask special edition releases.

At the other end of the scale, we're a leader in the sale of bulk Whisky, expert in meeting the taste, nosing, and technical requirements of our customers around the world. Alongside gin, rum, and the UK's number two selling spirit brand, Glen's Vodka, we bottle our Whiskies at our facility at Catrine in Ayrshire. Then it's onwards to our consumers who are in Europe, Africa, Asia, and the Americas to satisfy their growing demand for Whiskies of quality and sophistication.

So that's our story, the Loch Lomond story, where tradition meets passionate craftsmanship, investment, and innovation, the very best ingredients to produce the finest award-winning Scotch Whiskies and spirits in the world, enjoyed by our consumers throughout the world. 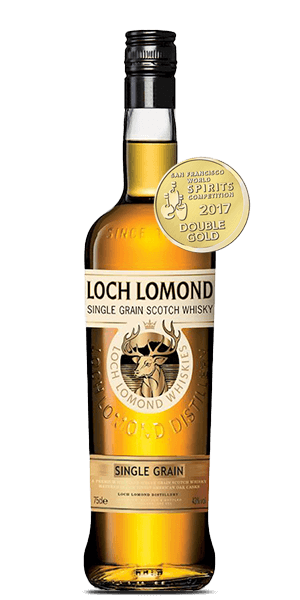