The Land of the Rising Sun discovered Whisky late in the 19th Century and they follow the tradition of Scottish distilling with their own nuances. But while Scotch is a wild battle of flavors, Japanese Whisky is a crystalline Spirit that doesn’t mess around. Especially when it's is matured in Mizunara oak barrels. Mizunara oak is to Whiskies what oud is to perfumes: exclusive, expensive and marvelous, passing along exotic flavors of incense and sandalwood to the Spirit.

Japanese Whisky is very popular right now and thus limited. That leads to “malternatives”, where producers import and dilute Scotch Whisky and age it in Japanese wood. But Kaiyo Mizunara Whisky is as Japanese as Godzilla on a TV game show where the furniture is made of chocolate. Okay, that's a tiny lie, to be frank. This Whisky doesn't spend its entire maturing period in Japan. The Kaiyo casks are whisked on a boat and left to age somewhere on the ocean (Kaiyo means ocean!). The reason is that the intensity of the Mizunara oak influence on the flavor wains a bit after a while, so the Spirit needs a maritime boost. Which is admittedly... Badass.

Now this Funanori (Japanese for sailor with some fun in it) is a stronger and more intense version of the regular Kaiyo Mizunara Oak Japanese Whisky. In essence, the producers amped up all the good things of the original: notes of orange peel and oak spices greet you with riotous bravado, the sandalwood and vanilla stoutly indulge your palate, while the finish is riveted and oaky. Fans of fearless Whiskies will love this dramatic and fierce Spirit that takes the equilibrium of the standard edition and brings it to the next level.

The Flavor Spiral™ shows the most common flavors that you'll taste in Kaiyo Mizunara Aged Cask Strength Japanese Malt Whisky and gives you a chance to have a taste of it before actually tasting it. 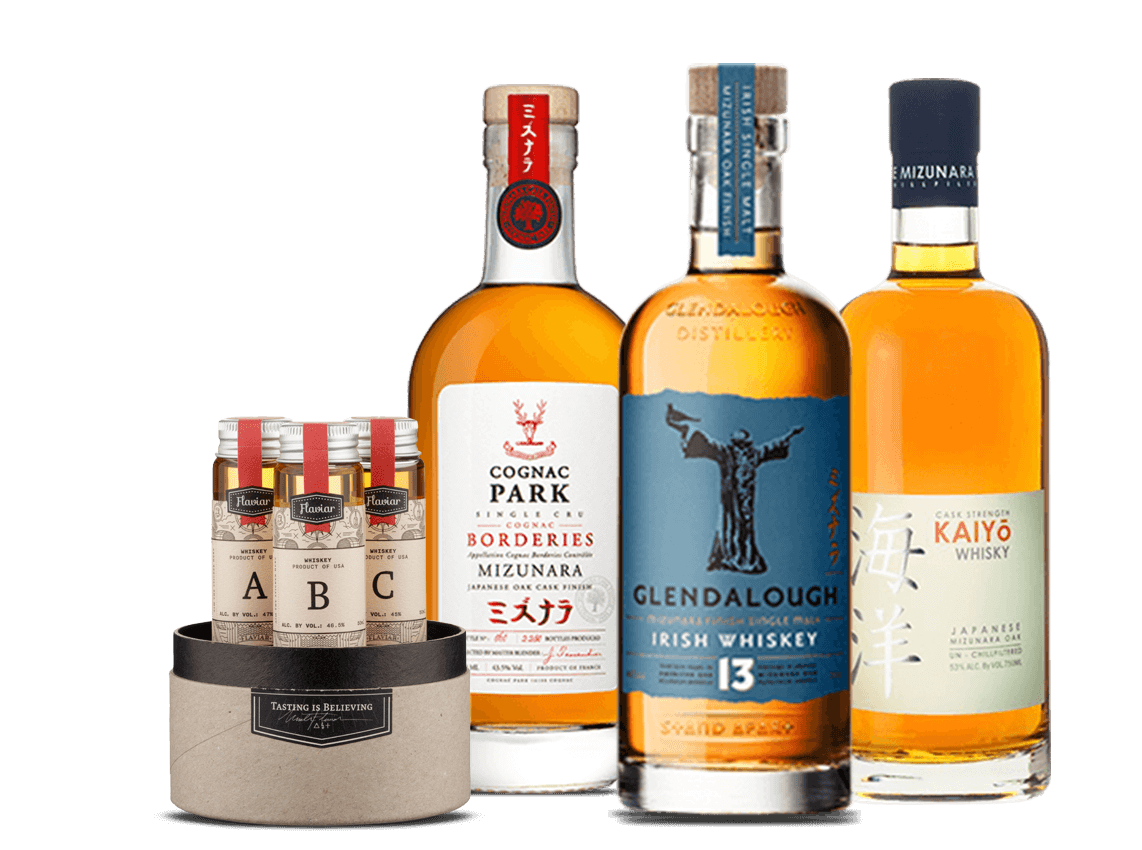 Antti, Jan 21, 2020
It is an outstanding, intense, Cask Strength Japanese Malt Whisky that has an aromatic birth; while a bold & salty life leads to a long & warming death with notes of orange peel & toffee.

Todd, Dec 28, 2019
Smooth almost too easy to drink. Light on flavor. This is listed as cask strength, but 43% is not really a cask strength in my book

Ryan, Feb 10, 2020
You sure you're not reviewing the non-cask strength Kaiyo (with the black label), which is 43%? The cask strength is 53% and is much better than its little brother, in my opinion.

Stephen, Dec 24, 2019
Smooth, a little on the sweet side but not overwhelming. Reasonable, would definitely drink again.

Matt, Dec 23, 2019
The smokiness overwhelms a lot of the other flavors.

Burton, Dec 21, 2019
This is a pleasant easy drinker featuring a fruity vanilla presentation. Most people would enjoy this, but it won't astound you. Very nice though.

Stefanie, Dec 19, 2019
Nothing to get excited about but I would gift this to someone. Very smooth. Mild taste and smell. Slightly sweet vanilla

Alex, Oct 26, 2019
Fantastic! The vanilla and oak comes together with a hint of spice and fruit. A must try!

Joshua, Jul 27, 2019
Nose is sweet woodie, palate is hints of fruit and some floral notes

guest, Jun 13, 2019
Thought it maybe worth a try but Hong Kong sourcing makes it dubious without a tasting seminar in Honolulu HI.

guest, Nov 1, 2018
Very fantastic Japanese whiskey for the price. The taste of the mizunara oak cask is very unique and has a unbelievable flavor. Spicy, oaky, and orange zest at first. Finish is a deep syrup and burnt caramel. Grab a bottle if you see it!

Joshua, May 29, 2018
The company producing this whisky is from Hong Kong, where the whisky is sourced is questionable, is not a product of Japan just because you bottle it using a Japanese Word and Japanese Oak. Taste is terrible, it tastes cheap, young and industrial. Don’t fall for this product trying to ride the coattails of Japanese Whisky and buy an Actual Japanese Whisky: Taketsuru N/A is $55!

Dustin, Jul 30, 2018
Found it to be pretty good in ginger beer,good points on the source!

Arne, Apr 10, 2019
Japan has more or less no rules what is |\japanese whisky. You never know what;s in the bottle
Load more reviews