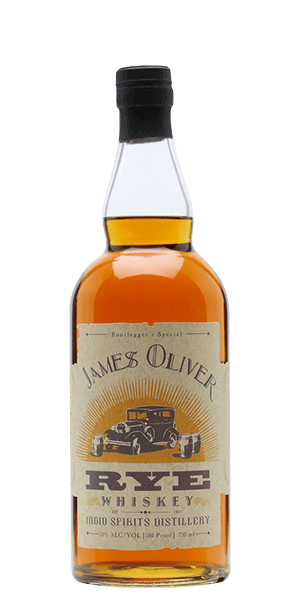 James Oliver Rye Whiskey will stand up and teach your next cocktail what for.

Indio Spirits was incorporated back in 2004 by John Ufford of Portland, Oregon — before he had a single product or employee. What he did have was a vision and desire. He was smart enough to know that he needed help, so in 2005 he brought on Robert Turner who had industry chops. Soon, they released their first products, a pair of flavored Vodkas. Boom goes the dynamite!

Each year since they have created and innovated their way though a slew of new product offerings. How many you ask? Well, they have 6 flavored Vodkas, 4 Whiskeys, 3 Rums, 2 Gins, 1 specialty Liqueur, and a partridge in a pear tree. OK, we made up that last part, but the point is that Indio Spirits in a craft distillery that keeps the still humming day and night to keep up with demand.

James Oliver Rye Whiskey is named after Robert’s grandfather — James Oliver Turner — and the bottle bears a story about his life. That’s kind of cool, right? But let’s get right to the Whiskey.

Most Rye Distillate comes from Canada these days. Can’t blame ‘em. Rye is a fickle mistress and those Canadians do a good job taming the fiery spirit. But James Oliver Rye is 100% American Rye distillate barreled, aged, and bottled at the Indio Spirits headquarters in Oregon. And the barrels that they use are American white oak with a dark #4 cha r— sometimes called an "alligator char" because of the burn pattern on the inside of the barrels.

A lighter char tends toward a fruit-forward, spicy Whiskey and a darker char tends toward vanilla flavors and a richer color. So James Oliver Rye has a natural Rye-forward spice and infused vanilla character to it. And it is bottled at a full 100 proof — 50% ABV— so it will stand up to your favorite cocktail recipes and teach it what for.

The Flavor Spiral™ shows the most common flavors that you'll taste in James Oliver Rye Whiskey and gives you a chance to have a taste of it before actually tasting it. 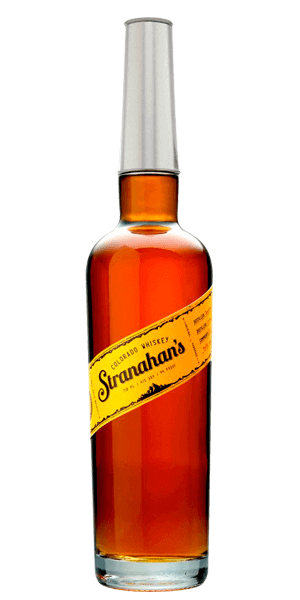 David, Mar 11, 2020
Strong but no "cheap burn", yet budget priced. Enjoyable, definitely better than Jim or Jack. Goes down like a second-to-top shelf whiskey.

Paige, Jun 2, 2019
I tend to stay away from local spirits as they are overpriced and usually not very good but this one surprised me! The sweet aroma prepared your palette for a nice spicy Rye and finished smooth without a dreadful lingering burn. It is way underpriced for the quality. Great job James Oliver!

David, Jan 26, 2019
Is rye drinks like a meal in the mouth. And I'm the sort of chap that means that as a compliment. Solid Rye flavor, and just tough enough smack your mouth around a little. And let's face it, the crap you've been talking, you deserve a good pop in the mouth.

Tristan, Aug 31, 2017
A little thin on the palate but It's very expressive. Definitely a rye-drinker's rye. Would buy again and enjoy in an Old Fashioned.

Kristian, Apr 5, 2016
Great Rye, especially for the price. As others have stated, a little heat up front, clean flavor through the middle and quick bite to finish it off, defiantly a whiskey to sip neat.

Jonathan, Mar 1, 2016
Perfect Bourbon to make an old-fashioned, also takes great neat. It has a little heat up front, smooth in the middle, and with a slight bite on the finish.