Back in 1890, Francisco Alfredo Pellas built a sugarcane plantation and a Rum distillery on the side of an active volcano. People ridiculed him until the virgin batch of rich volcanic soil enhanced Rum reached their lips. Then it was "Don" Francisco's turn to laugh.

125 years later, Flor de Caña Rums produce the highest quality Central American Rums on the flanks of San Cristobal volcano in Chichigalpa, Nicaragua. The company is led by the 5th generation of the Pellas family and their brand, Flor de Caña (meaning “flower of the cane”) has grown to become one of the most recognized Rums in the world. The Flor de Caña line includes eight Rums in their “slow-aged” collection and three ultra-premium Rums.

Flor de Caña 12 Years is aged in average for dozen years in charred oak barrels on site. It's that kind of Rum that is wonderful neat or on ice, while not too expensive, so you can enjoy it in a cocktail. Try it with Orange Curacao and bitters, by the way. This reddish amber wonder won a Gold Medal in 2016 at the San Francisco World Spirits Competition and is surely a drink that's making history.

The Flavor Spiral™ shows the most common flavors that you'll taste in Flor de Caña 12 Year and gives you a chance to have a taste of it before actually tasting it.

Nose / Aroma / Smell
Caramel and butterscotch scents on the nose with hints of oak spice and orange peel. An aroma chocolate is also present.

Flavor / Taste / Palate
Aromas translate into flavors of oak and wood spice with a lovely presence of treacle, caramel and vanilla.

Finish
Clean and crisp finish with traces of chocolate and spices, with a refreshing burst of oak spice, sans burn. 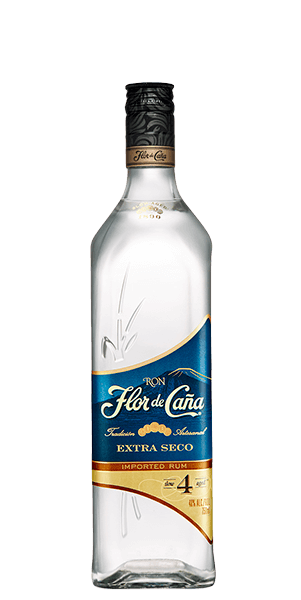 Rick, Oct 7, 2020
Carmel and spice on the nose. The taste is moderately smooth with a stronger rum taste, or rum cake type flavor.

guest, Aug 16, 2020
Amazing rum, such a unique presentation and smooth flavor. I would recommend it as a gift for any rum drinker.

Ross, Jul 27, 2020
Wanted a higher end Rum that I could drink on a rock and not feel guilty mixing in a Daiquiri as well. This does a good job on the Daiquiri side but I wanted a little bit more to drink neat or on a rock.

melissa, Apr 13, 2020
its unique, smooth and unlike any other rum I've had. I can't recommend it enough!

Luis, Apr 13, 2020
I got this as a gift the first time and have been hooked ever since! amazing flavor, very smooth and easy to mix when I feel like a cocktail. super reccomended!

guest, Apr 13, 2020
I bought this bottle and my friends loved it! You can taste it just with ice or mixed it with sparkling water or create any cocktail. In my case I just added sparkling water and an orange peel. Delicious! I would buy it again!

guest, Apr 11, 2020
Definitely this is one of my favorite rums! It has a quite smooth flavor and goes great with sparkling water. Recommend it to all those rum fanatics.

Chris, Apr 7, 2020
This rum is absolutely fantastic!! An attractive bottle that holds an amazing product within. The intriguing complexity suits for a dynamic range for craft cocktails and an excellent rum for sipping. I highly recommend!

Jason, Mar 12, 2019
I think rum starts to tail off in the double digits for age in many cases. They start to get overly sweet. That being said this is still pretty damn good.

Bryan, Jan 4, 2019
Very good tasting rum, but not as good as Zacapa, which has a similar price point.

David, Nov 1, 2018
For a rum, it lacks the overt sweetness you might expect, and it seemed a bit thin. As others have pointed out it has a very short finish. It is better than say a Bacardi or other well-known rums. Good for sipping.

Henry, Nov 30, 2017
People love and rave over this bottle. I love everything about the way it looks. I'm a whisky guy but decided to give this a shot. I tried multiple pours and it couldn't win me over. Maybe because I was expecting something like the Ron Zacapa XO (which is a 10 for me). Acceptable for price point but not a huge fan.

Barry, Feb 16, 2017
Mature sweetness, not overwhelming. Shortish finish. Really interested in the older bottles after having this one. Really good