Distillery
Founded in 1893
The buildings of Convalmore Distillery sit just north of Dufftown. They are near both the Glefiddich and Balvenie distilleries off route A941, in the heart of the Speyside district, by the River Fiddich.

Convalmore Distillery was built in 1893, by a group of Glasgow businessmen under the name Convalmore-Glenlivet Distillery Co. To save precious space, let's just say that they were bought and sold a LOT over the next several years -- 1904, 1906, 1925, and 1930.

The distillery suffered a serious fire in 1909. They used this opportunity to experiment with continuous production and innovative Coffey stills. But their experiment was deemed unsuccessful, and they replaced the Coffeys with the conventional pot stills again in 1915. They added steam heat in 1962, and doubled the still capacity in 1964.

Somewhere in the 1970s the decision was made to let the old girl run her course, and little additional maintenance was done. In 1985, they decomissioned the facility, salvaging the rest of the equipment for parts and scrap metal.

William Grant and Sons -- owners at Glenfiddich and Balvenie just across the road a ways -- purchased the entire site, including the buildings, which now serve as a series of storage warehouses for these two signature brands.

There never were any official distillery bottlings of their single malt that we can find. But a few independent and "rare malt" offerings have been cast about from time to time. The last casks known to exist at this time were a 1977 vintage set of casks, that yielded 2,980 bottles of 36YO Convalmore single malt, released by Diageo in 2013.

The Flavor Spiral™ shows the most common flavours that you'll taste in Convalmore Scotch. It's based on all Convalmore drinks in our large database and gives you a chance to taste Convalmore before actually tasting it.

Dog Dogson's
Smartass Corner
The distillery was named after the Conval Hills, which rise up to the northwest of the distiller and Dufftown. There is even a Conval Street, which is the main street running through the town square.
About
Speyside
Glens a plenty, history in abundance - that's Speyside. 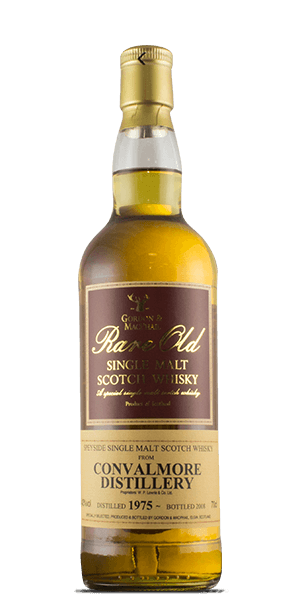 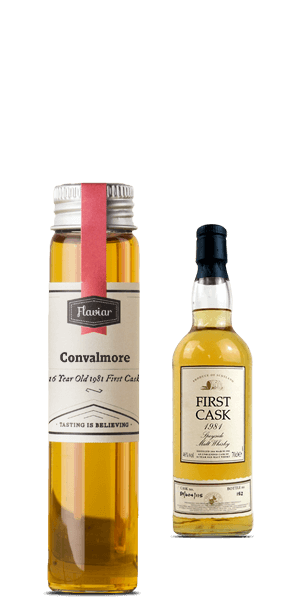