What The Hell Is Pox? 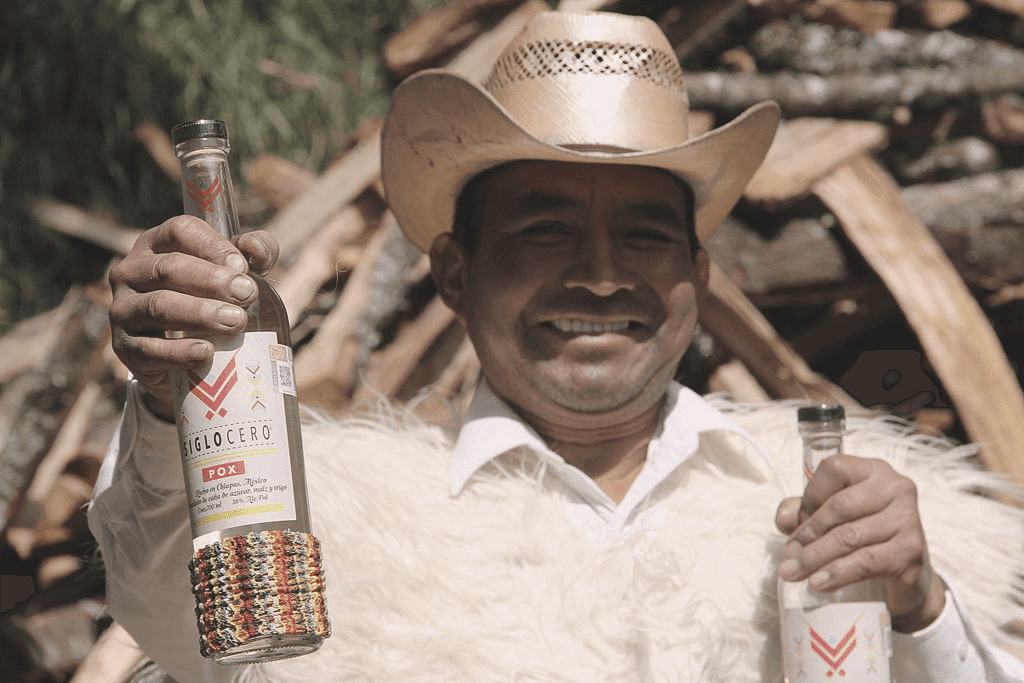 Yet another Mexican Spirit that you should know about. You know about Tequila, Mezcal, and Raicilla. The fact that there are at least three distinct Mexican spirits should tell you something: There are many more.

One of the most unique is Pox because it’s a hybrid of different raw materials so its identity is fluid and still being defined. Pox is rooted in Mayan world which is a broad swath of Mexico from Chiapas up into the Yucatan but also down into Central America.

What is Pox Spirit?

This is one of those spirits that doesn’t have a restrictive appellation, the Mexican government recognizes it so that it can be sold throughout the country but hasn’t granted it more than that status.

That’s a good thing in so far as makers can be as creative as they want and only a potential negative in that you have to pay attention to the specifics.

Generally it’s based on distilled sugar cane and corn but it can also contain wheat and even, potentially, agave.

So, pay attention, every label is going to be unique depending on what the distiller uses, some resemble white Rums because they’re made primarily from sugar cane, others have a much stranger and more diverse set of flavors.

Traditionally it seems like Pox was made from fermented corn so the addition of sugar cane and wheat may reflect more contemporary distilling methods and the injection of new crops.
Where does Pox come from?

Like many Spirits, Pox is rooted in local religious ceremonies. The word "pox" means “medicine” in the local Tzotzil language and has evolved to also mean “sugar cane Spirit” because the association was so close. And no, you don’t pronounce it like the pox in smallpox but like the “posh” in “posh spice.” But the exact history of this Spirit is shrouded in history.

There are all sorts of accounts of local tribes making fermented sugar cane, agave, and corn drinks. Henry J. Bruman, the dean of this sort of study, reports various types of ferments in the area including one made from honey to make a type of mead called balché in his book “Alcohol in Ancient Mexico.” But the absence of Pox in his book and other older studies makes it seem like this is an evolution of local traditions. Perhaps all those amazing fermented drinks were gradually adapted to new distilling technologies and it’s a new hybrid like Comiteco in the overlapping region of Chiapas.

Like Pulque, fermented agave sap, it may be that Pox evolved from those early fermented beverages which were definitely used by pre-Hispanic tribes.

It’s pretty clear that Spanish distilling technology took those fermented beverages and made them into high proof Spirits everywhere else but perhaps Pox evolved later than Mezcal.

How to drink Pox and where to try it?

Pox is traditionally drunk straight or with garnishes of coffee beans, fruit chunks, nuts, even a dash of fruit juice. You owe it to yourself to try it that way to understand the flavor. But it's also frequently flavored and a key ingredient in many cocktails.

If you’re in Mexico then you have some great Pox bar options:

All of those bars feature a variety of Pox-based cocktails: La Poxeria’s list includes adaptations of famous cocktails like the Romero tonic (ginger, Pox, tonic water, and melon) and the Pox sour (egg white, Pox, lemon).

If you’re in the US then look for Pox in your local agave-focused bars. There is one brand now available on retail shelves, Siglo Cero but it may be joined soon by others.

In Mexico Pox is still on the bubble so places in its home region frequently have an unbranded house supply. Bankilal is the house brand from Merida and San Cristobal’s Posheria which comes in a variety of flavors including vanilla, coffee, coconut, and cocoa.

Pox Ceremonial is the house Pox from Mexico City’s La Poxeria. Posh Jade is another brand to look out for.