The Everlasting Mojo of the Mojito 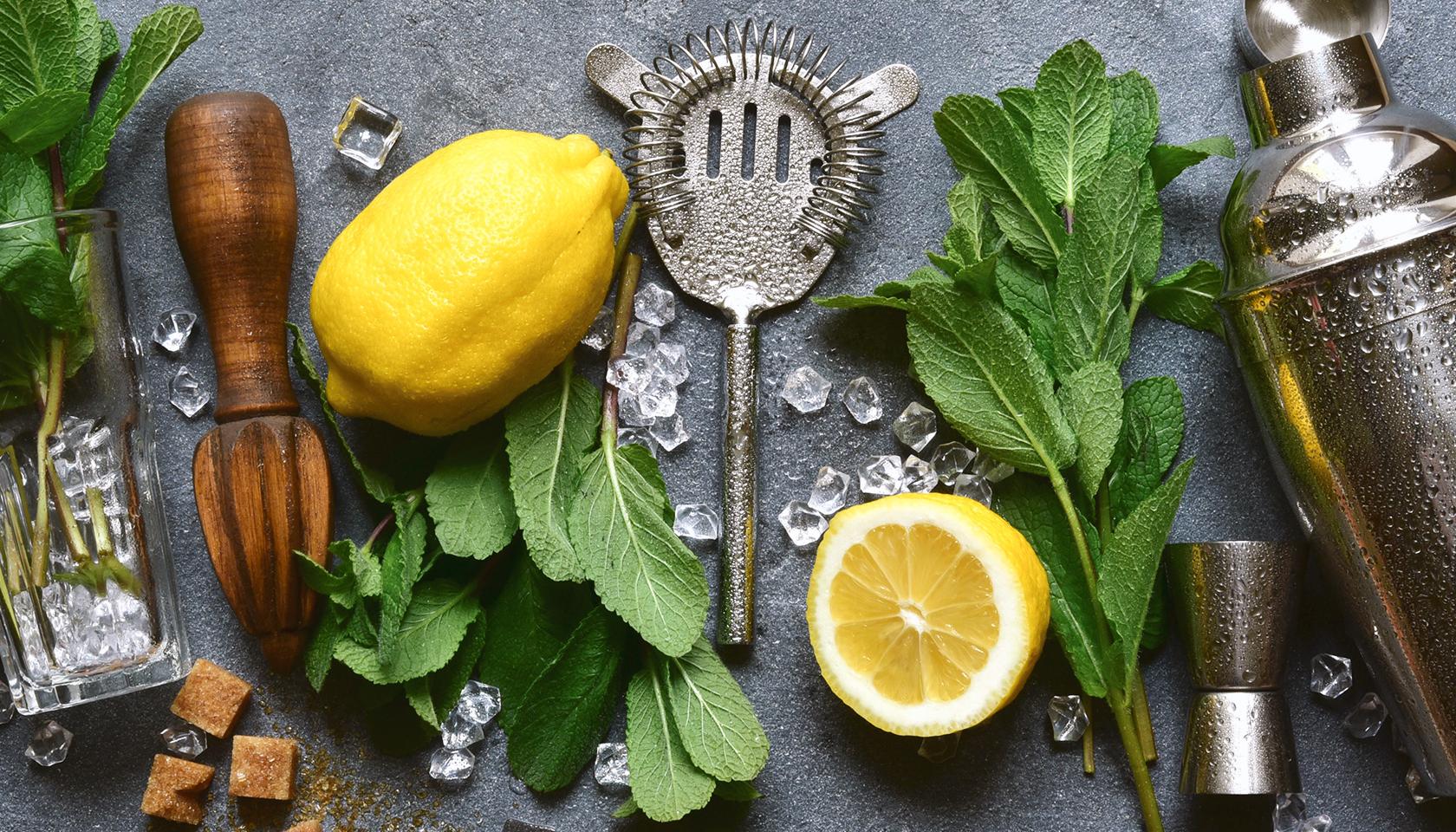 The recipe is simple:  Collect four to six mint leaves, put them in the bottom of a Collins glass, add two teaspoons of bar sugar or simple syrup, three-quarters of an ounce of lime juice and muddle the ingredients together.  Add two ounces of aged Rum, fill with ice and top off with soda water.  After you garnish it with mint, Voila! It is ready to serve.  You have now created one of the world’s most famous Rum drinks - a Mojito.

How this cocktail was originally created, like many other cocktails in the world, is clouded by the shadow of time. Considered to be part of the Holy Trinity of Cuban Cocktails, the Mojito, along with the Cuba Libre and Daiquiri have origin stories that are at best debatable and major headaches for cocktail historians because reliable sources are few and far between.  One thing that everyone can agree on, the story begins on the island of Cuba.

In 1585-86 Sir Francis Drake was raiding Spanish territories in the Caribbean in the name of Queen Elizabeth I.  During such long voyages, it was not uncommon for scurvy and dysentery to become problematic for the crewmembers and the hunt for fresh rations was just as important as finding a treasure to bring home to their queen. Drake and his forces’ attack on the city of Havana was repulsed by Spanish forces, but little could be done to fend off the multiple raids he launched around the island. Using Cimarrones (escaped African Slaves) as guides, they captured sugar, key limes, a variety of mint, along with much-needed food and water to help them continue their quest to destroy Spain’s hold on the New World.

According to historians Anastasia Miller and Jared Brown in their book Spiritous Journey, fellow privateer and first cousin to Sir Francis, Richard Drake, with the help of the Cimarrones, invented a tonic to help the suffering crew.
By mixing Aquarediente de Cana (a strong sugar cane juice-based alcohol), mint, sugar, and lime “El Draque” was born and is thought to be the inspiration behind the modern-day Mojito cocktail.

From Tonic to Cocktail

The Draque remained a popular tonic with residents of Cuba as well as sailors at sea for over a century.  Then in the 1800s, the Aquardiente de Cana was replaced with Rum by Don Facundo Bacardi Masso’ as he began selling Bacardi Rum in Cuba. It is not known if he was the first to do this, but when he made the switch, the El Draque became the Mojito.  There is much debate about the name; some historians believe it is a spin on the word “Mojo” which means “to place or cast a little spell”, or Mojadito/Majado which means “little wet/wet”.

Regardless the cocktail was used to demonstrate how this new Rum could be used and helped the brand ascend in the Cuban Rum market.

Another factor that helped was a booming tourist trade from the United States that introduced an exchange of ideas and influences between the two countries’ bar communities.  There is little doubt that a patron who enjoyed Mint Juleps would in one easy step find themselves imbibing Mojitos on the island. The cocktail recipe appeared in several Cuban publications beginning in 1927 under a variety of names like “Cuban Mojo”, “Mojo Criollo”, “Rum Mojo”, and “Rum de Mojo”.

Then it appeared in the 1931-32 version of the famous Sloppy Joe’s Bar souvenir menu; the cocktail appears listed under a section of Bacardi Drinks officially as the “Mojito” alongside other famous cocktails of the age like the “Rum Collins”, “Daiquiri”, and “Mary Pickford”.

While it did not invent the cocktail, La Bodeguita del Medio definitely contributed to the legend and popularity of the Mojito.  The location began as a humble storefront that slowly evolved into a restaurant and bar that was favored by artists, celebrities, and writers of the age. It became a tradition for visitors to write their names on the walls and it is quite the spectacle to see the bartenders making the cocktails in large volumes for visiting tourists.

The author Ernest Hemingway is often attributed with the quote “My mojito in La Bodeguita, my daiquirí in El Floridita.” That appears on a signed plaque at the bar.  Esteemed author and Hemingway historian Philip Greene have called to question the validity of the plaque due to the questionable nature of the autograph and that it is unlikely that Ernest Hemingway would have enjoyed a cocktail as sweet as the Mojito. With his diabetes, he avoided cocktails with lots of sugar and tended to tarter experiences like the Papa Doble drink.  It is possible that the quote and signature are his, but it is doubtful that the Mojito was ever a favored drink of the author.

Like many cocktails over the years, the popularity of the Mojito has waxed and waned. However, like many others, it has maintained a presence as one of the classic Rum drinks of the world and received a noted boost after an appearance in a James Bond movie Die Another Day. As Caribbean and Latino cuisine’s popularity has continued to grow it has become easier to find a well-made Mojito where the mint is gently muddled, mixed with the right Rum, and other ingredients to create a refreshing experience.

This is one of the reasons the Mojito has literally stood the test of time and remains one of the world’s most popular Rum cocktails.