It's Burns Night, You Should Have Some Whisky! 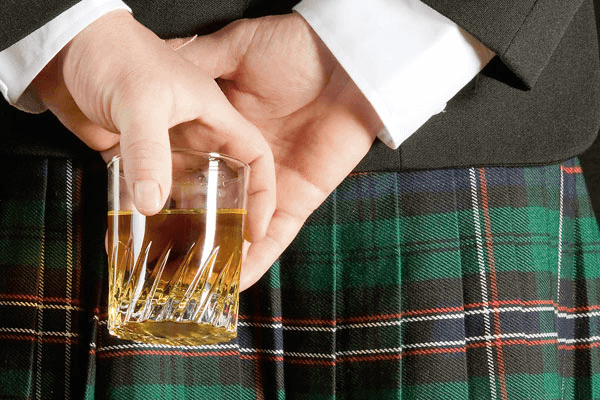 It’s not like you ever needed an excuse to do it, but if ever, then today’s The Day to drink Scotch. It’s Burns Night, a celebration of Scottish heritage and a night for banter, poetry and outrageous amounts of Whisky! But first things first:
CONTENT:
>> Who’s Robert Burns?
>> Celebrate Burns Night like a True Scot!
>> The Toast(s)!
>> Your Burns Night Phrasebook
>> 3 Best Scotch Whiskies For Burns Night

Every country has its Bard – so what Shakespeare's for the English, the great Robert Burns is for the Scottish. He quickly rose to fame, opting to write much of his verse in the Scots language and as the Scottish face of the Romantic movement. A lover of women, words and Whisky, Rabbie inspired greats such as J.D. Salinger, John Steinbeck and Bob Dylan to name but a few. He also fathered at least 12 children in his 37 years.

He died on July 21st 1796, the date that Burns Night was first celebrated 5 years later in 1801, in his memory. The Burns Night celebration is now held on his birth date, January 25th.

This is the night that takes in and embraces some fundamental Scottish traditions: kilts, pipes, haggis, Burns’ poetry and of course some top-notch malt Whisky! Burns Night Supper begins with the piping in of the guests, an introduction from the host and the saying of the Selkirk Grace. Now stand up, take a deep breath, and read it out loud in your best Scottish accent:

Some hae meat and canna eat,
And some wad eat that want it;
But we hae meat, and we can eat,
And sae let the Lord be thankit.

After this rousing little verse, it’s time for haggis. Can you think of a better way to usher in a meal than with a standing ovation and a good old burst of the bagpipes? This is a truly spectacular moment. When else in life can you watch as an eight verse long poem is recited to a haggis?! The poem in question is Burns’ own Address to a Haggis, a fantastic rhyme that includes everything you would ever want to say to a haggis, including a reference to it as the “Great chieftain o' the pudding-race”!

For those of us who are more into Whisky, Whisky poetry can be found as well, as Robert Burns wrote an ode to Scotch. So why not practice your Scottish accent once again with this passage:

O Whisky! soul o' plays and pranks!
Accept a bardie's gratfu' thanks!
When wanting thee, what tuneless cranks
Are my poor verses!
Thou comes - they rattle in their ranks,
At ither's arses! It's now the time to let others in the limelight for a series of speeches and Burns' poetry recitals. This is also the time you've been most anxiously waiting for:

The toast to the Immortal Memory of Robert Burns speaks for itself as a way of dedicating the night fully to the great poet. The honor of a keynote speaker should be given to someone who can emulate both the emotive gravity and sparkling wit of the poet.

The Toast to the Lassies is something quite different. This involves a speech specifically written to celebrate women, particularly those in the crowd. Rabbie adored women (note the plural here) and this toast is a tongue-in-cheek tribute to the fairer sex.

A post shared by Jay - The Whisky Pirate ?‍?? (@thewhiskypirate)

Finally, to bring the night to a magnificent end, the guest sing Auld Lang Syne, one of Burns most famous songs that's of course, traditionally sang (read: shouted) on New Year’s Eve.

The song brings the night to an uplifting end, uniting everyone in the room in the name of good fun and high spirits! That is unless there’s also a Ceilidh taking place, in which case the frivolities are far from over. This Gaelic gathering involves live folk music, group dancing and a dizzying amount of twirling. After a fair few Whiskies, anything goes.

You’re almost ready to join the Burns Night celebration, but before you head to the spirits cabinet, here are a couple of slang and Gaelic phrases essential to your survival, so repeat them out loud and memorize them: A timeless dram that is a must-have for anyone who considers himself just a bit of a Scotch aficionado.
2. Lagavulin 16 Year Old
This malt spends 16 years breathing the sea-salt air, mainly in refill European oak casks. It's the Quintessential Lagavulin.
The classic, and the most popular in the Lagavulin range, it has won too many awards AND too many hearts to count! Take it, run, and don't look back. 3. Aberlour A'bunadh
Aberlour A’bunadh is made in batches, and each batch is made by hand. It’s a cask strength Scotch Whisky that has achieved cult status among Whisky connoisseurs (and others).
In Gaelic, A’bunadh means The Original, it’s a homage to Aberlour’s founder, James Fleming, produced using traditional methods without chill filtration or other modern processes. This fantastic Speysider was matured in Spanish Oloroso Sherry butts, and comes with an exceedingly high ABV. Powerful, POWERFUL.