Hopping Scottish Islands, One Whisky at a Time 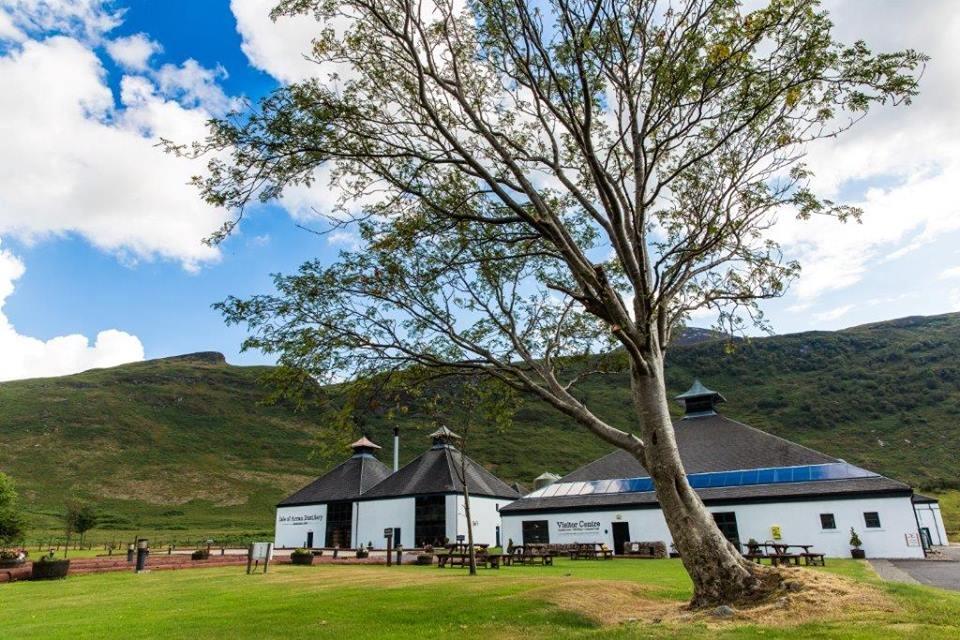 Standing atop the Scottish island moors, it’s easy to picture the prints of giants through the wild heather, to imagine their sanctuary in snowy glens and their strokes through the syrup thick, ink dark sea waters. When tufts of cloud appease sharp violet skies, it’s hard to imagine that mere humans call this home.

Put a smoking dram of caramel Whisky in those human hands however, and their passport becomes quickly justified.

When talking about Scottish Whisky regions, Island whiskies are tempered by saline shores, brewing storms and the purply peated moors. The otherworldly Arran, Mull, Jura, Skye and Orkney have only one similarity; their distinction.

Shapeshifting is an island game. Just as myth, legend and reality may co-exist here, so may bickering palates. Whilst you might expect the volcanic smokiness of Islay malts, the islands are also well-versed in buttery sweetness, citrus spice and gentler peated notes.

Arran is Scotland snuck into one small snowglobe

The small island features every Celtic facet from its mountains, lowlands and lochs to its beguiling castles and glens.

Isle of Arran distillers may only be 20 years into production, but don’t let fragile youth fool you; their cask strength ‘100 proof’ has got serious welly. As the sole survivor of around 50 distilleries, Arran oozes runic artistry.

Situated in the bewitching Lochranza, the Arran distillery is somehow charmed. To this day, a pair of Golden Eagles claims the crags above the distillery. These birds inevitably keep a hipflask in their nest.

The sherry casks offer a spiced sweetness, and the distillery uses no peat or caramel, giving its malts a delectable purity, further aided by the granite cleansed water. Production is kept as traditional as possible, with wooden washbacks and copper stills championed above other methods.

Despite a location vested in velvet perplexity, Arran Whisky is surprisingly light. Typically fruity and creamy, Arran drams boast notes of apple and vanilla thanks to their Bourbon casks. For a particularly easy drink, try The Robert Burns Malt as you toast the lads and lassies.

Malts are infused with notes of buttery apple crumble and syrups of fruitcake, before being carefully cut through with brine.

The Tobermory Distillery is situated on the northern tip of the island, and draws its water from the eerily calm Ledaig Harbour, also known as ‘safe haven’. The distillery itself is archaic, with over 200 years of production behind it. Despite this, every malt is recognised by its hues of day-fresh hay. Recently, maturation, which takes at least 10 years, has taken place at Tobermory’s sister distillery, Deanston. Tobermory could challenge a clockmaker with its precision and patience.

Whilst Tobermory is only lightly peated, Ledaig is a more heavily peated alternative which has been introduced by the distillery. Leather, citrus and brine marry on Mull to create soulful malts characterised by fruity dryness. 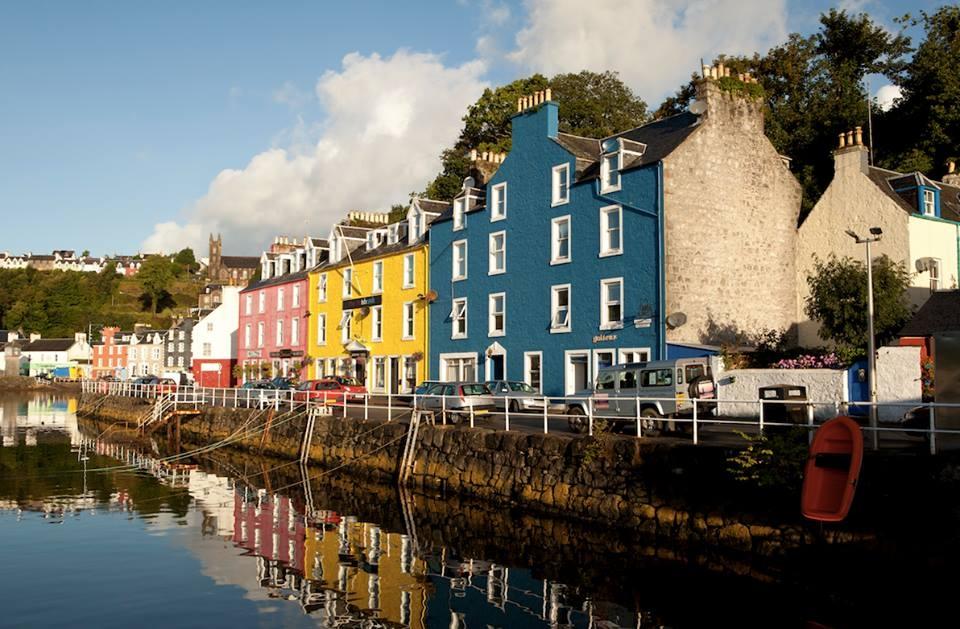 The distillery is one which effortlessly balances paradox; age and freshness, smoke and clarity, tradition and discovery.

Jura: If it were a shade of lipstick, it would be unapologetic scarlet.

The distillery, fed up pretence, encourages a playful approach to tasting. The island’s nectar is also typically easy to drink, making it a perfect destination for beginners, and a refreshing one for veterans.

Humans are outnumbered by deer on the island, which is always quite an achievement. Yet individualism is stronger than ever on Jura; despite its proximity to Islay, its malts are nothing like the heavily peated drams of its counterpart.

George Orwell headed to Jura one bracing day to write 1984. Perhaps the writer required a place of such fierce identity to convince himself that the totalitarian world he penned was, indeed, fictional. Who wouldn’t need a Whisky after that read?

The Jura Tastival bottle is perhaps the most exciting malt. In an effort to step away from snobbery, the distillery have created a ‘smorgasbord of flavours’ involving banana, pineapple, marzipan, wine gums and liquorice allsorts. Pick n mix just got even better. 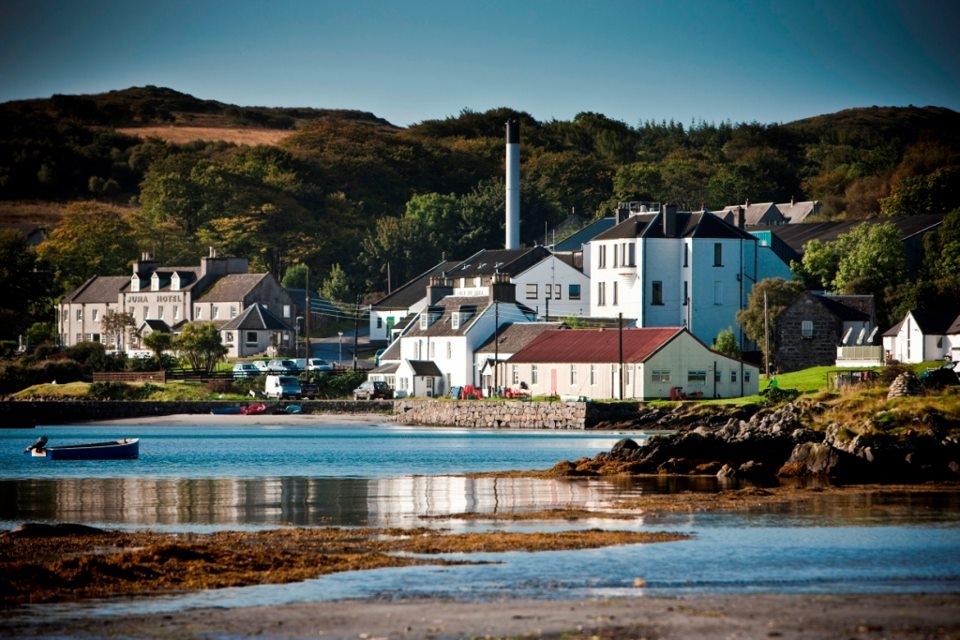 Alternatively, the Jura Brooklyn is an exciting new blend which fuses the artisan spirit of Jura and its Stateside cousin. Spicy berries meld gently with currants and coffee in this innovative malt.

For something older try the maraschino cherries, walnuts and marzipan of Jura’s 21 year old, or go one step further and opt for the plum jam and allspice of the 30 year old. These blends perhaps pay homage to the original distillery, upon whose ruins the current site was built upon. Double the history, if only it were double the liquid.

Skye is a tad greedy with its five stills, from the days of triple distillation. Credit where it’s due though; tenacity and tradition run in the Talisker distillery’s veins. Despite the still house being destroyed by fire in the sixties, it has been restored to produce an award winning malt. The only fire now is in Talisker’s belly. 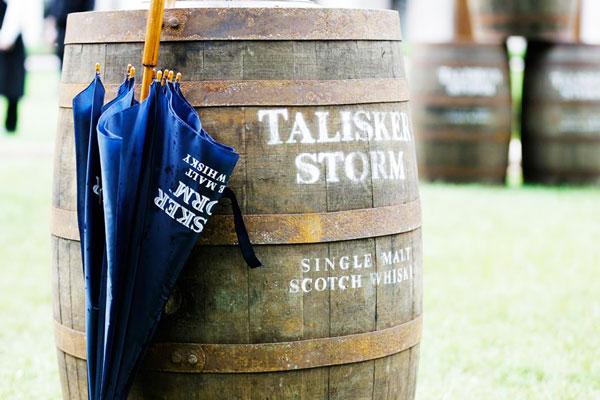 The Talisker Distillery offers a potent malt, only mildly tamed by a nutty, spicy sweetness endowed by its sherry casks. Volcanic notes of seaweed, kippers, smoke and white pepper dominate these drams.

Highland Park has been dubbed as the ‘best spirit in the world’ by USA Whisky expert Paul Pacult, which we think is probably quite a good sign. Honey, heather, honeysuckle, smoke and citrus fruits unite in a veritable taste of Orkney.

Legend has it that the Highland Park distillery, which is situated just above Orkney’s capital of Kirwall, was founded by Magnus Eunson. Magnus posed as a preacher by day before performing as a world-class smuggler and illicit distiller by night. In short, Magnus had life sussed.

Orkney is an enchanting archipelago of 70 islands and Highland Park prides itself on its distinction from Scotland, instead taking inspiration from its Viking roots. So if you get bored of bagpipes, head over here for a drink. 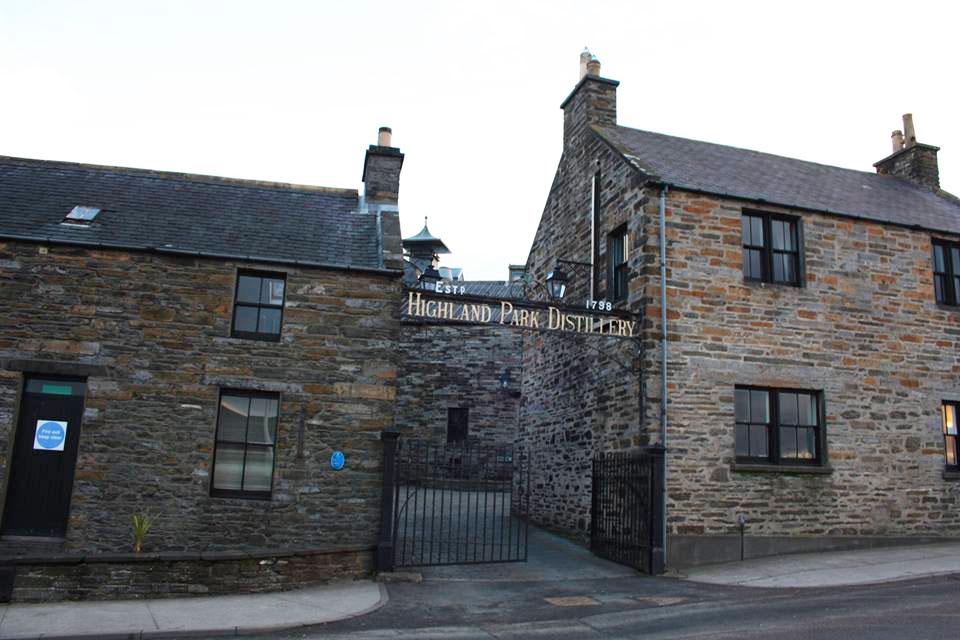 As the most remote Scottish distillery, Highland Park still has its own maltings floor which gives it extra brownie points...especially if this means the tour lasts longer.

The rich, layered nature of Highland Park malts can be contributed to its northerly position by the heather-cloaked peated moors and the cool maritime climate which allows for optimum cask interaction. In summary, the stuff tastes good. For a dram unafraid to call itself something other than Scotch, head to Orkney.

The idea of an island hopping vacation just got a completely new meaning.